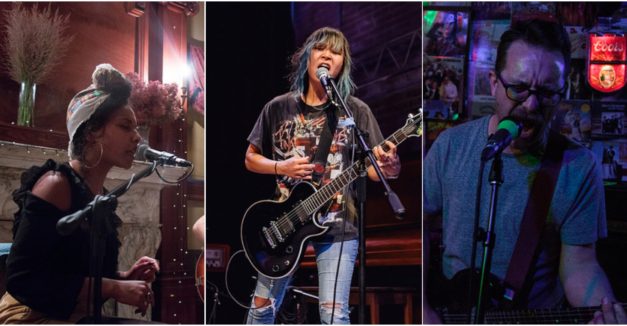 News today begins with photo coverage from around the scene. Progressive rock trio Her Flyaway Manner celebrated 20 years as a band with a show at O’Leaver’s Friday, joined by Jump The Tiger and Wrong Pets. Throughout its two decades in Nebraska’s music scene, Her Flyaway Manner pushed the boundaries of progressive and experimental rock, cataloging an influential entry into the state’s sonic conversation. For more, listen to our interview with guitarist/vocalist Brendan McGinn and bassist Adam Anderson on our Hear Nebraska FM podcast here.

HN multimedia intern Connor Lepert was on hand Friday to snap a few photos. See them below: 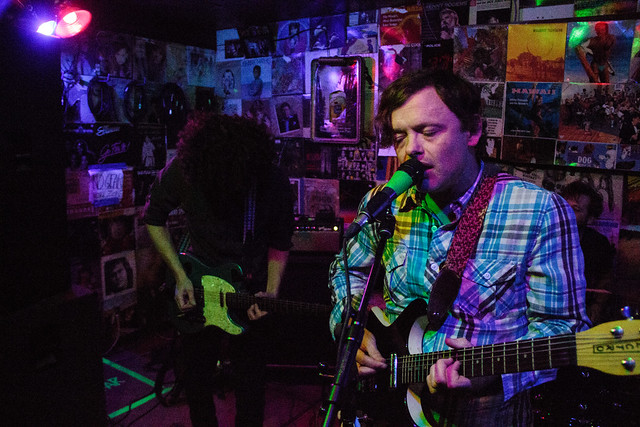 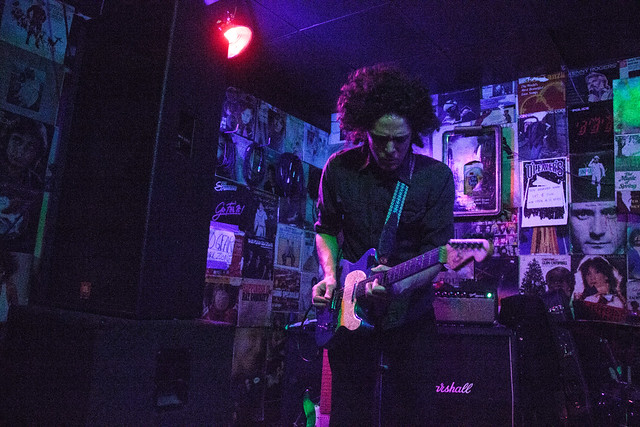 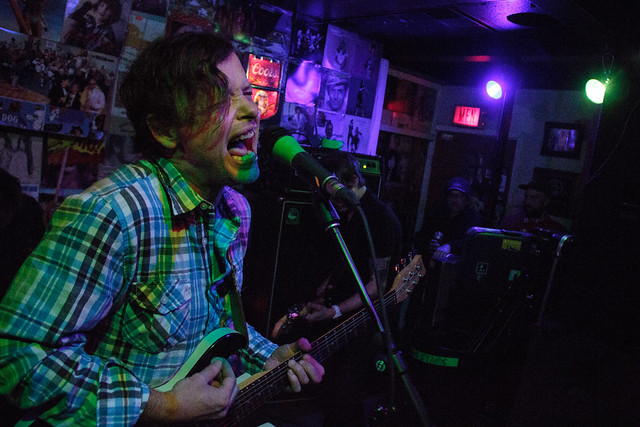 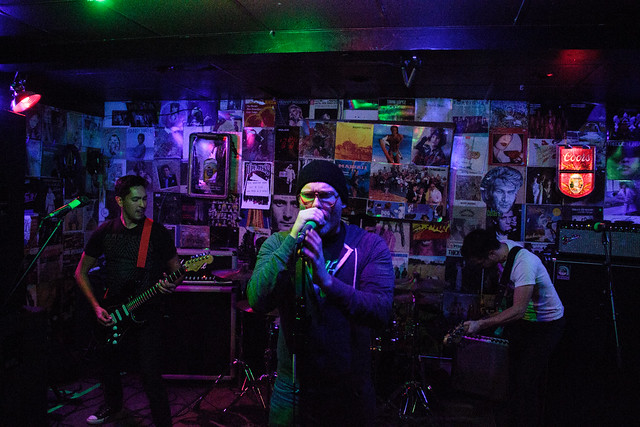 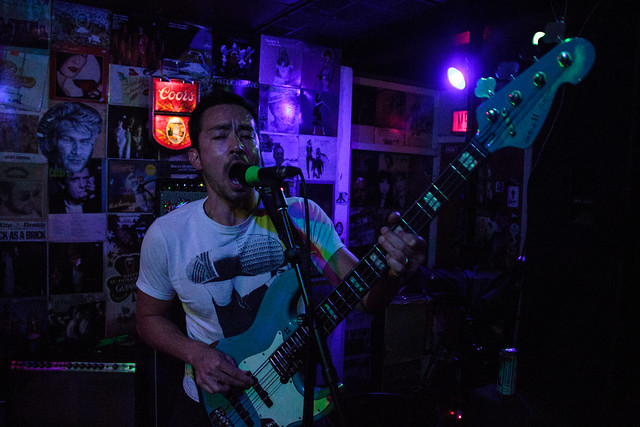 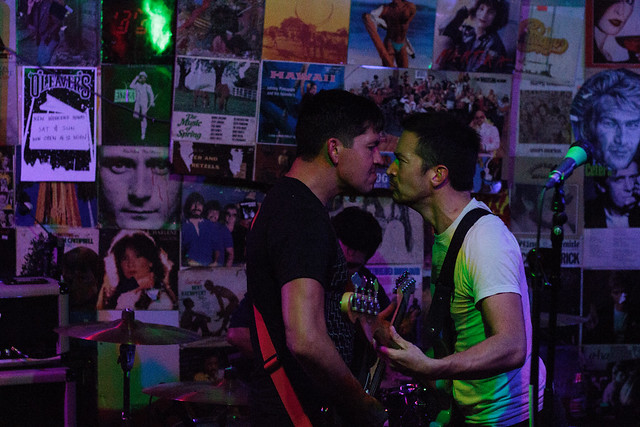 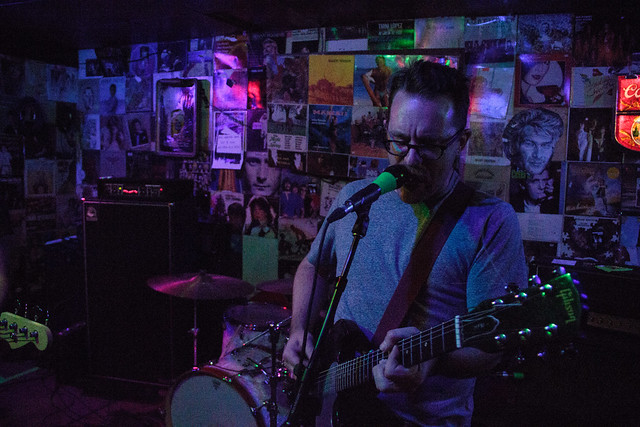 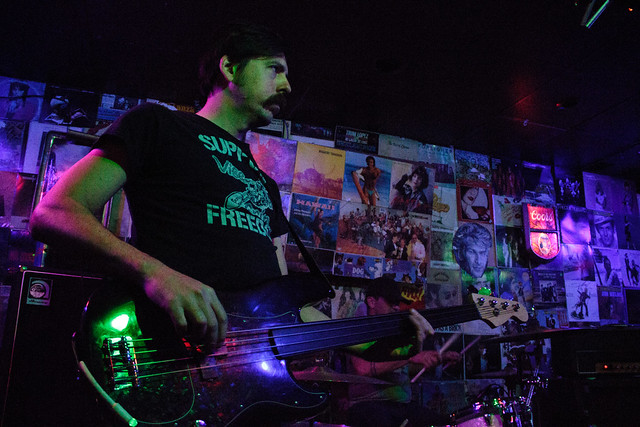 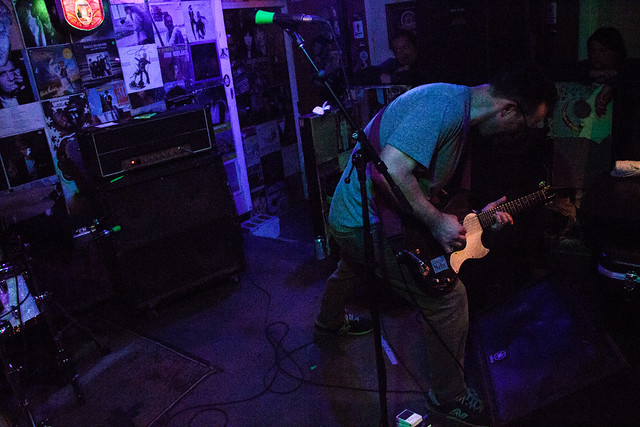 Photo Coverage: See Through Dresses, Brooklyn’s Haybaby at The Bay

Omaha indie rock band See Through Dresses and Brooklyn’s Haybaby played an early show at The Bay on Saturday, and HN multimedia intern Lauren Farris was there capture it in photos. The Tiny Engines labelmates had played the night before at Milk Run with Ashland quartet The Way Out. Both rolled out new material with Haybaby pulling from its April 2016 EP Blood Harvest, and See Through Dresses testing a few yet unreleased tracks from its forthcoming full-length, including one synth-powered debut. 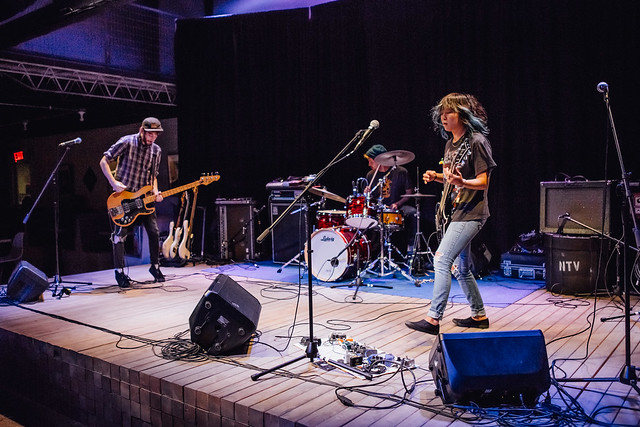 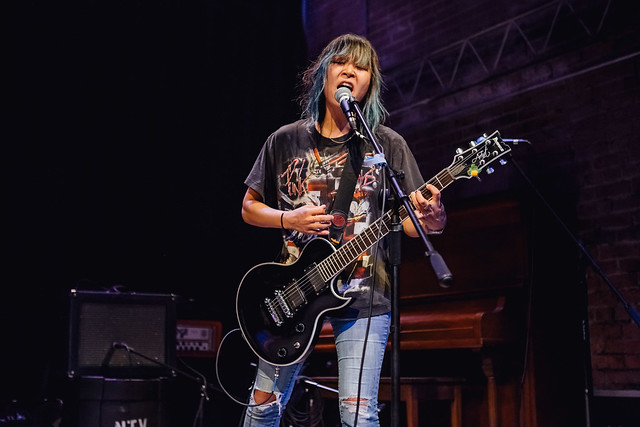 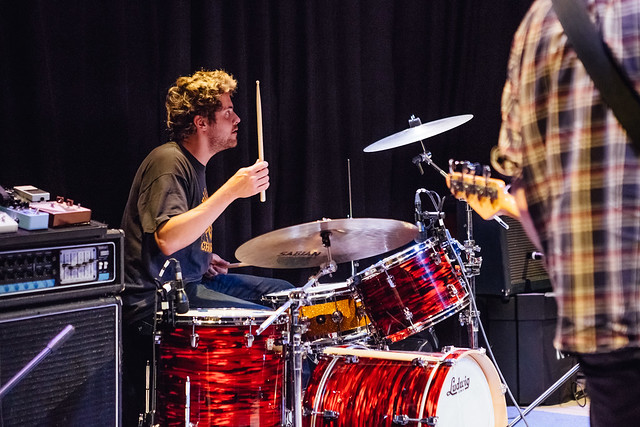 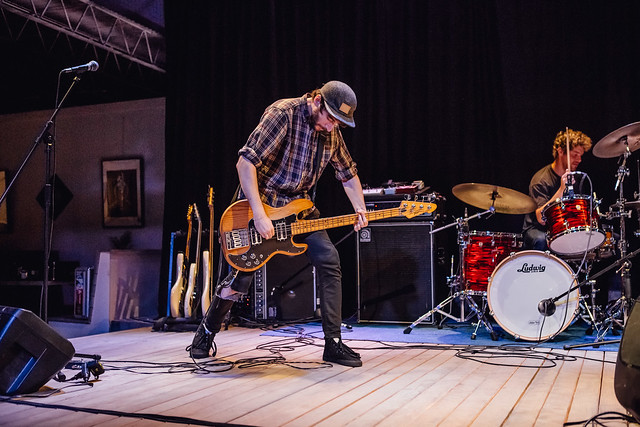 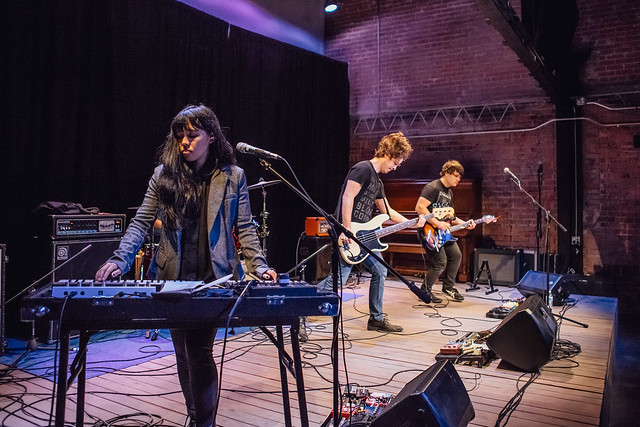 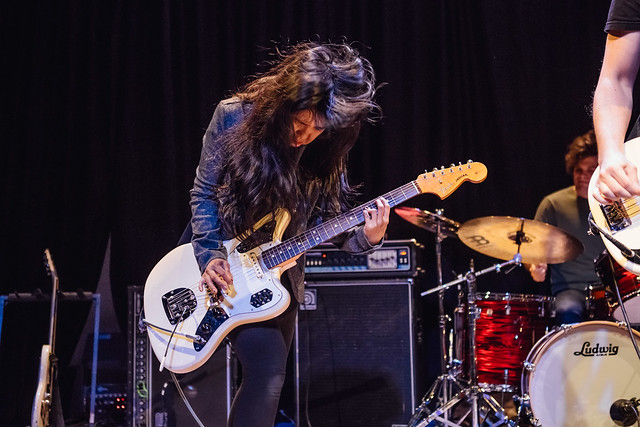 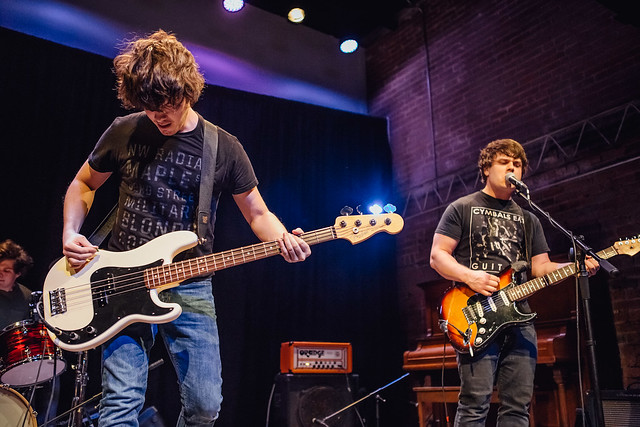 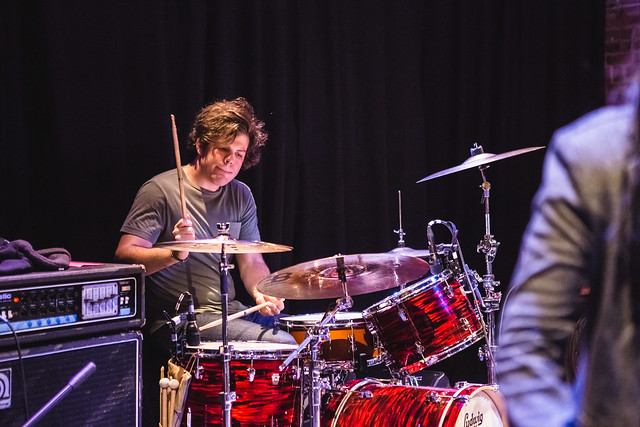 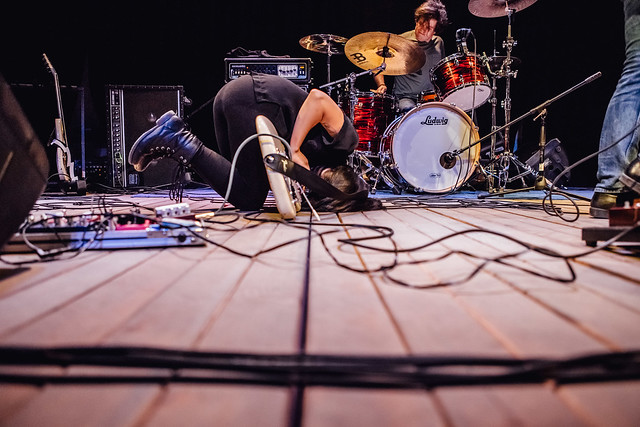 Mary Elizabeth Lawson and Myles Jasnowski of Mesonjinx delivered an intimate and storytelling performance for KZUM’s Soup & Songs event on Sunday at Ferguson House. The audience at the event contributed lyrics during the show, and helped Mary+Myles freestyle to create a song. Lawson and Myles shared the writing processes for their most popular songs.  By using this venue with historic significance, KZUM created an atmosphere that was relaxed.

Lawson and Jasnowski performed in the Ferguson’s grand space in front of the marble fireplace decorated with flower and red drapery. Jasnowski sang and played his electric acoustic guitar.   Lawson shared that she wrote her most popular song, “Without You”, almost three years ago,and explained that she is not that person she was when she wrote it. The duo even shared new music they were still working on, and assured they will have more music to come.

Soup and Song’s was the brainchild KZUM’s Radio Host and Director of Development, Shannon Claire. Her goal was to create a different environment for Lincoln’s music scene by using the local resources that the audience would enjoy, as well as a venue within Lincoln that is historical.

“I really wanted to vitalize the relationship that KZUM and The Ferguson House,” Claire says. “So my goal was to bring something to the table that hasn’t been done, and serve people delicious food while they just enjoy the music.” 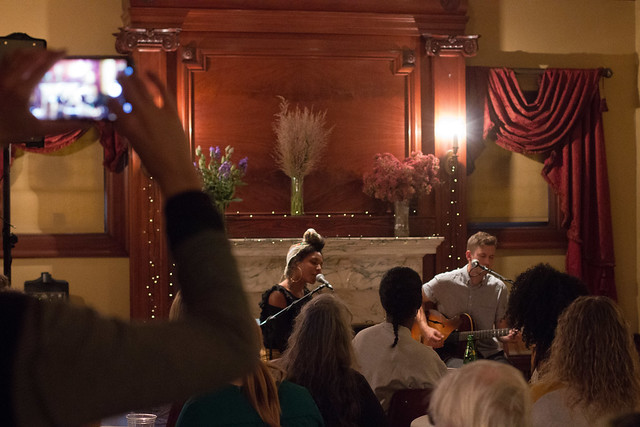 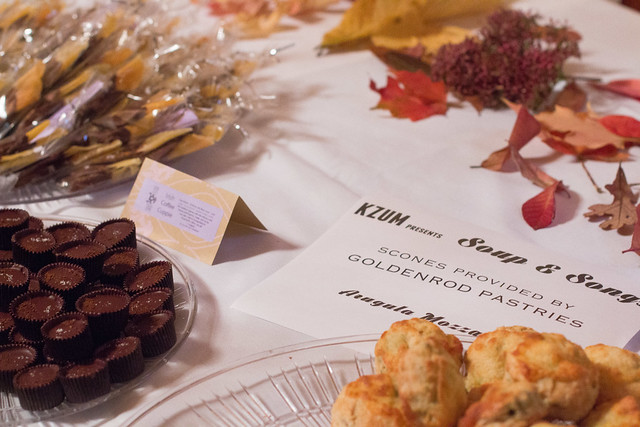 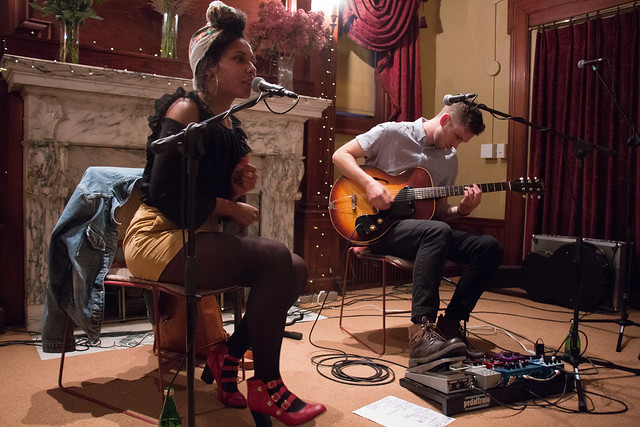 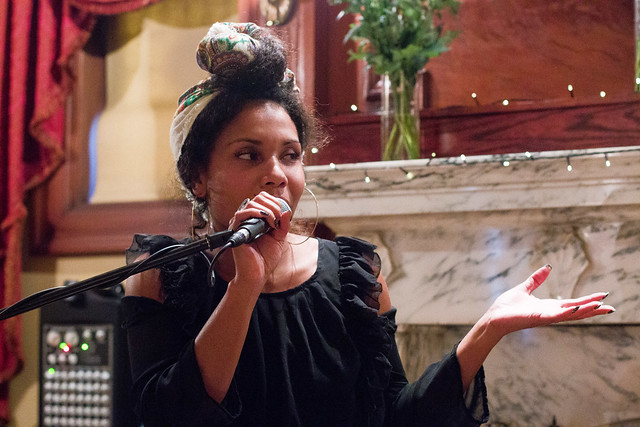 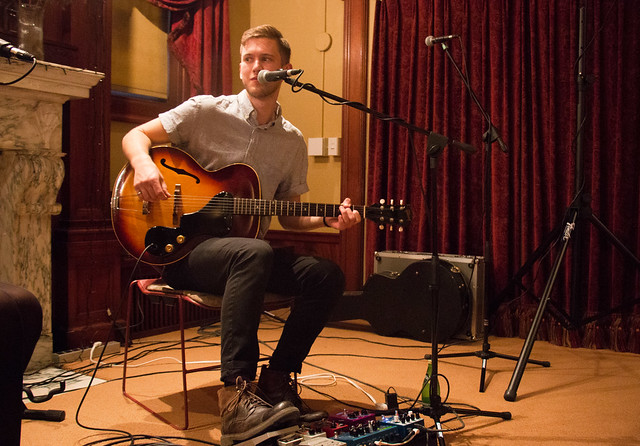 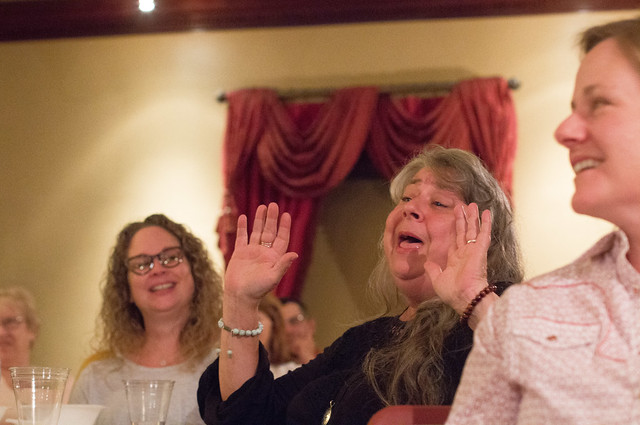 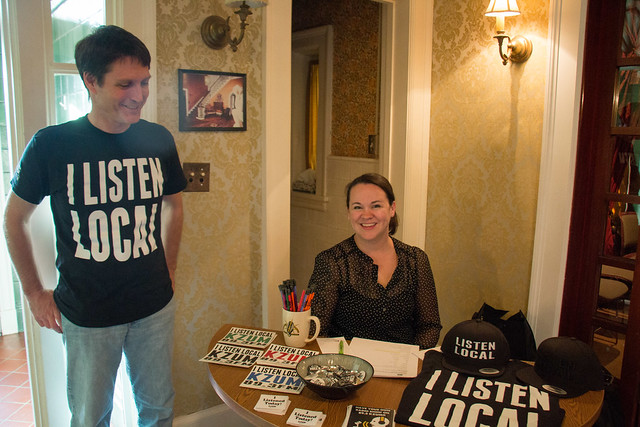 And since it’s Monday, tune in to Hear Nebraska FM tonight at 8 p.m. for two hours of Nebraska music. Listen via 89.3 FM in Lincoln or stream anywhere via kzum.org.

Have a news tip, story idea, upcoming new music or other happenings? Email to news@hearnebraska.org.