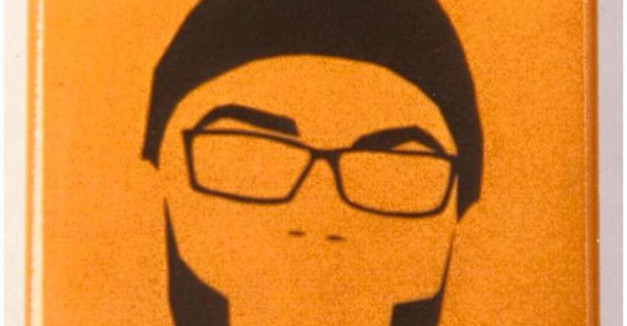 At Pla Mor Ballroom, prominent Lincoln bands The Bottle Tops, Dirty Talker and Domestica played a show in support of the Strawberry Burns drummer, who is currently battling pancreatic cancer.

One of the most notable gestures of support that night was the reunion of defunct Lincoln garage punk act Ideal Cleaners. The influential Lincoln group split up in 2013.

Along with the show, Greg Joyce, a longtime friend of Clinch’s, organized a Bandcamp compilation of Nebraska acts. The album is full of moments like the Ideal Cleaners reunion: proverbial b-sides, rarities and unreleased tracks from a handful of Nebraska bands, including many long-gone.

Joyce says he wanted to put together a compilation and show for Clinch to reflect the impact Clinch has had on his own life. Clinch’s high school band, Tadpole Paddywack, helped inspire Joyce to pursue music in the ‘90s, which he says has become a guiding factor in his life.

“That is why putting together a rock show benefit and comp record made perfect sense,” Joyce told us over e-mail. “Everyone wanted to lend a hand and that is what the comp is all about- a bunch of music folks coming together to support one of their own.”

It’s certainly not too late to show your support for Clinch. Buy the compilation. Give what you can at this Gofundme campaign. Head to Old Pub in Lincoln on March 13 for a benefit edition of Old Pub Soul Club with Gettin’ Hipper Fun Bunch.

To be honest, we see more Nebraska musicians leaving for larger scenes than we do moving into ours.

That’s why we were thrilled yesterday when Josh Hoyer announced Kennith ‘Memphis’ Shepherd would be moving from Los Angeles to Lincoln to play drums full-time in Josh Hoyer and the Shadowboxers.

Shepherd told us he met Hoyer last summer when Hoyer was hired to play a round of shows with Shepherd’s band at the time. Shepherd toured with the Shadowboxers on the band’s February tour. Eventually, Hoyer asked him to move to Lincoln to join the band.

“As anyone going from a big city to a small city would be, I was skeptical,” Shepherd says. “But on the other hand, I was very excited about what the band was doing. About half way through the tour I decided that moving to Lincoln to be a part of Josh Hoyer and the Shadowboxers was a great move.”

Shepherd has an impressive resumé, sharing stages with John Bingham, Inc., Bill Clinton (yes, the former president), Isaac Hayes, Def Jam Soul and more. When Stax Music Academy opened in Memphis, where Shepherd is from, he was the first drummer.

We’re excited to have him.

Omaha’s most popular music act, 311, has teamed up with Nebraska Brewing to release their own craft beer. The first batch will be, charmingly, an Amber Ale.

It got us to wondering what other Nebraska acts might be due for a craft brew. Cursive’s Bloody Murderer Red Ale? The Kris Lager? Well, we’ll leave the plays-on-word for another time.

Until then, keep an eye out for 311’s beer sometime this summer.

Sofar Omaha released a pair of videos this week from the group’s curated, invite-only house shows. Check out the videos from See Through Dresses and Kait Berreckman below.

If you want to get an invite to the next Sofar Omaha show, check out the website here.

Saddle Creek labelmates Twinsmith and Cursive recently parted geographical ways after a western U.S. tour together. Twinsmith strikes out on its own, taking a meandering route to South by Southwest and Cursive heads east for dates with See Through Dresses.

L.A. Record released some photos of the two bands and tourmate Beach Slang from one of the tour’s final California shows. Check them out here.

Tonight, All Young Girls Are Machine Guns, Life is Cool, Miniature Horse and Xion play The Bourbon. All Young Girls recently had a successful Kickstarter campaign to release a seven-inch vinyl. RSVP here.

Tomorrow night, Kevin Devine and The Goddamn Band plays Slowdown with Dads and Field Mouse (RSVP). The Brooklyn-based Devine made a name for himself on clever singer-songwriter tunes like “I Could Be With Anyone.”