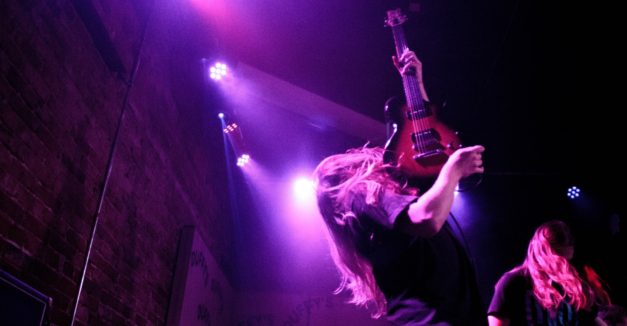 An abandoned car wash sits on the 500 block of S 24th Ave, in the middle of Omaha’s Park East neighborhood. At first glance, its shabby facade makes it an unlikely spot for a space dedicated to arts — something its new tenant, musician Phillip Kolbo, is angling to change.

“This is a neighborhood that has been asking for more things to happen in it and I hope that we’ll be able to help that,” Kolbo says.

OutrSpaces will open its doors to the public this Saturday, March 18, debuting the space through which Kolbo aims to provide shared resources for performing artists in the Omaha community. The event, which also serves as a benefit for the organization, will feature work by local musicians, dancers and visual artists, in keeping with its sweeping inclusion of the arts.

Those performances will take place in the building’s 2000 square-foot main room — where the building’s conveyor belt used to be — which is the centerpiece of the OutrSpaces facility. Artists of all disciplines will have access on a membership basis, much like at Omaha’s Bench coworking space. When finished, the building will also house three practice spaces, lockers and an office/green-room space for shows.

“My hope is that it ends in a lot of collaboration that wouldn’t have happened before because now they’re working together,” Kolbo says.

Kolbo, a percussionist, hatched the idea for OutrSpaces with fellow musicians Grace Kolbo (vocalist) and Hannah Mayer (celist). After finishing his bachelor’s degree in May 2016, Kolbo searched for months for a practice space that fit their multipurpose vision, but many came with high rents, noise restrictions or other requirements. Kolbo says OutrSpaces hopes to provide an low-cost alternative.

“I think the Omaha community is ready for a space for low income performers who are adults who kinda wanna take that next step in having dedicated space for themselves,” Kolbo says.

The trio has spent the last six weeks preparing the building for Saturday’s premiere. But he says the support has been strong from his landlord and the handful of volunteers that have helped with renovations.

“It seems like most of the people we show it to are super excited and want to help,” Kolbo says. “That’s really encouraging.”

The Outrspaces benefit and preview happens from 6-9 p.m. on Saturday at 528 S 24th Ave. Amsterdam Falafel will provide snacks while MugLife Coffee will provide the drinks. Find a list of performers and RSVP here.

Photo coverage: The Ambulanters, The Grand Poobah at Duffy’s Tavern

HN intern Connor Lepert went to Duffy’s Tavern last night to catch The Ambulanters and The Grand Poobah during their $1 Beer Night performances. The Ambulanters just returned from a few dates in Iowa, playing its only show in Lincoln until it kicks off another tour in the works for May. The Lincoln indie rock band is one of 30 acts that will pack Lucy’s Pub this weekend for House Fest; RSVP here. 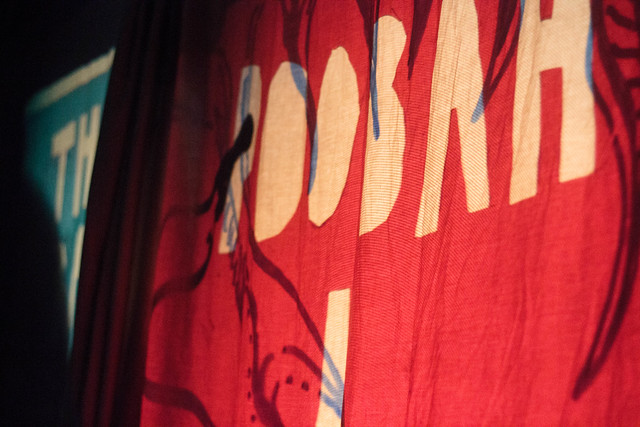 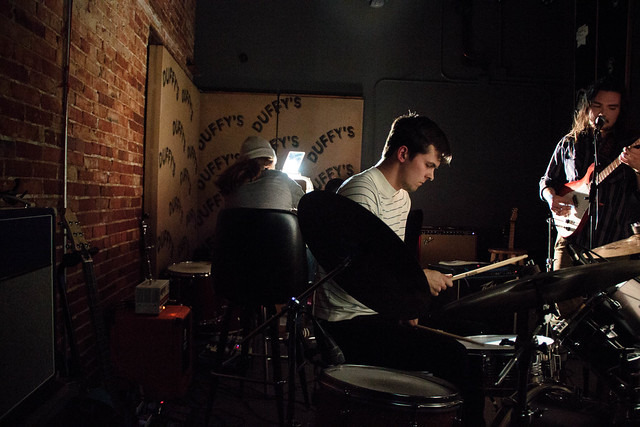 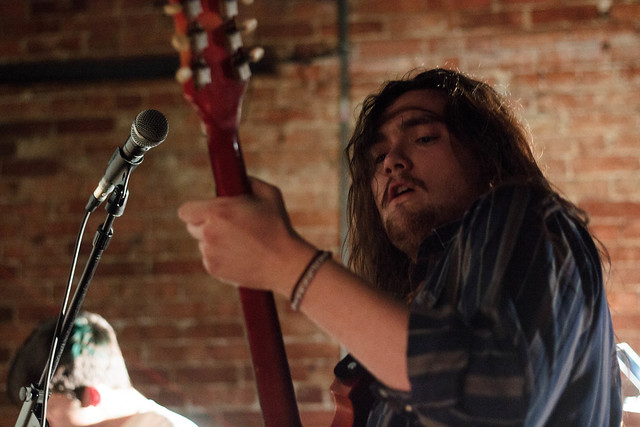 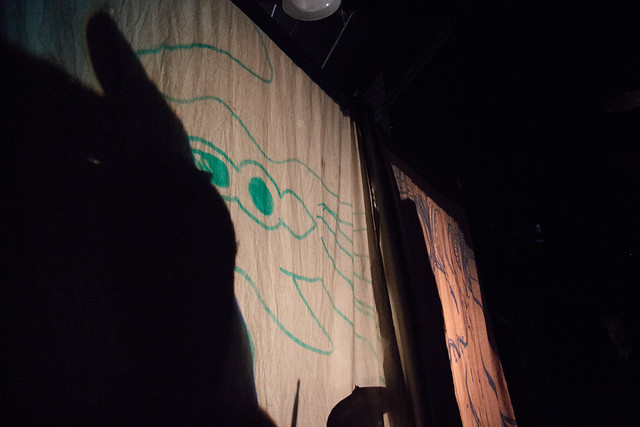 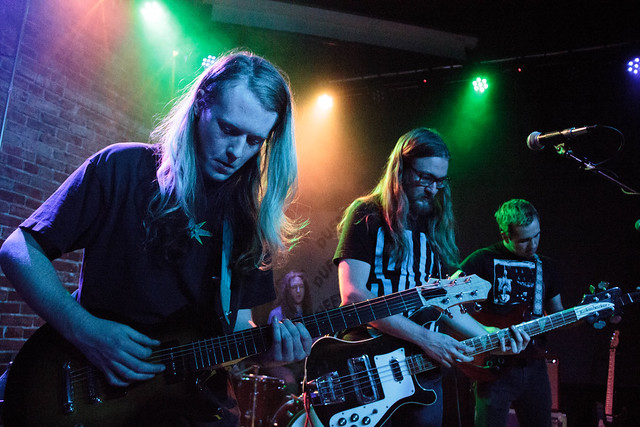 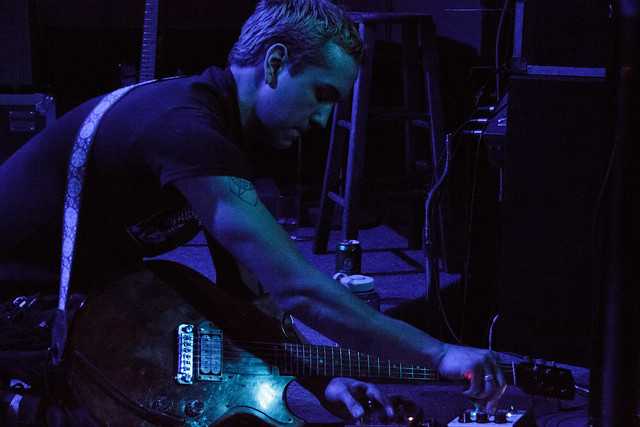 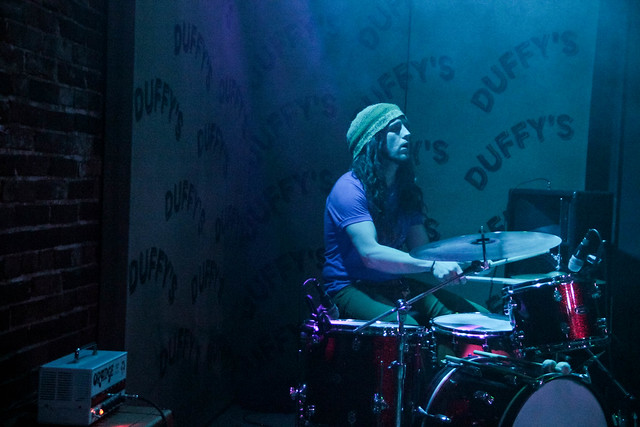 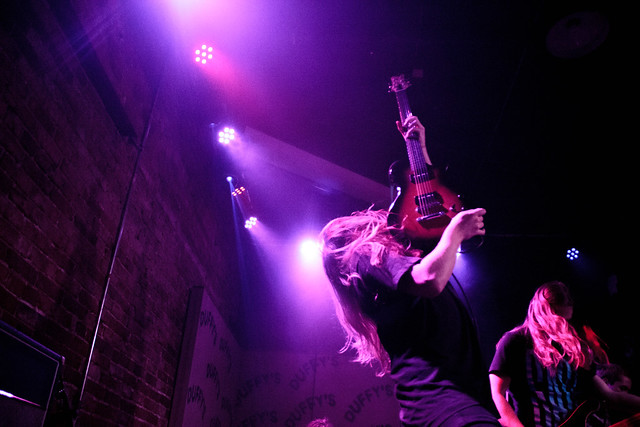 Tonight, Portland indie rock band STRFKR and Brooklyn-based psych pop band Psychic Twin play The Waiting Room. The Polyvinyl labelmates are currently on a nationwide tour that includes a stop next week at Boise’s Treefort Music Festival (HN’s editorial staff will head there, too). STRFKR released its fifth studio album Being No One, Going Nowhere on November 4 and followed it up quickly with Vault Vol 1, a collection of rare and unreleased songs written by founder Joshua Hodges since the band’s inception. 9 p.m. show, $20, all-ages, RSVP here.

Find more of tonight’s shows on our statewide event calendar here. If you have a Nebraska music news tip, story idea or new material to share, email us at news@hearnebraska.org.