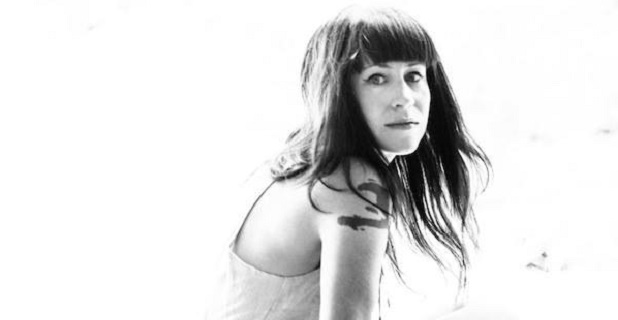 Orenda Fink remains one of Omaha’s busiest musicians out front of her forthcoming LP. An odd Kickstarter campaign is afoot. And two Omaha rappers drop a collaboration today.

Orenda Fink (Azure Ray, O+S) is spending at least part of her week guest editing Magnet Magazine’s website, which covers independent music and lifestyle. She’ll be sharing thoughts on everything from martini recipes to tropical islands. She also has a feature interview running in Philthy Mag. They talk pretty heavily about her upcoming album, Blue Dream, due out Aug. 19 on Saddle Creek. Philthy calls it “her most focused, intense and personal” work yet.

You can expect a feature interview and an album review podcast from us soon.

Lincoln’s veteran (sometimes reunited) pop-punk band The JV Allstars launched a strange Kickstarter campaign yesterday to raise $500 for their friends in Oklahoma’s The Last Slice, who recently had their van, trailer and gear stolen. The rewards vary from playing pool with one of the band members ($75) to The JV Allstars going back into the studio on their own dime (if they meet the goal) for a three-song EP.

The fruits of a collaboration between Omaha rappers Marcey Yates and Mars Black are available on Bandcamp today. While the two are years apart in age and experience — Black has been active around Omaha for two decades, Yates for two years — the eight tracks on Flamboyant Gods find the emcees equally comfortable alternating control over each song’s flow. Read about their track “Dreams,” which premiered on Hear Nebraska, here. Managing editor Chance Solem-Pfeifer notes that, in the song, Yates appears “determined to justify his music” while Black’s longevity has made him less explicitly career-conscious.

Later today, you’ll find a video of blét’s performance of “Last Drive Home” at Friday’s Hear Lincoln show. Jack Hotel closes out the summer concert series this week. If you missed blét, they play Wednesday night at The Bourbon as part of Lincoln’s Maha Showcase (for which Hear Nebraska is a co-sponsor).

Additionally, be on the lookout for a few live tracks from Oketo, a retooled extension of Jeazelpeats, on the website today. They recorded a stripped-down acoustic set on Hear Nebraska FM last night. Coming up, the full band plays at Flippin’ Awesome, a benefit for KZUM with Handsomer Jaws, Meadow Rave, and Amteur Geologists (apparently associated with now-defunct The Wind-Up) at The Bourbon on Friday.

Speaking of Friday, Bolzen Beer Band, Lloyd McCarter and the Honky Tonk Revival and The Bottle Tops are headed to Roca for Roca Hoedown and Street Dance. Music goes from 7:30 p.m. to 12:30 a.m. that night for $6 a person. You can stream “Randolph on Fire” by The Bottle Tops on HN Radio all week long.

The Hear Nebraska Presents concert series is expanding to Hastings in a partnership with The Lark. On Aug. 28, McCarthy Trenching will play the central Nebraska bar with a to-be-announced local act.

As always, hit me up with any tips, complaints, offers for a drink and feelings of general malaise.