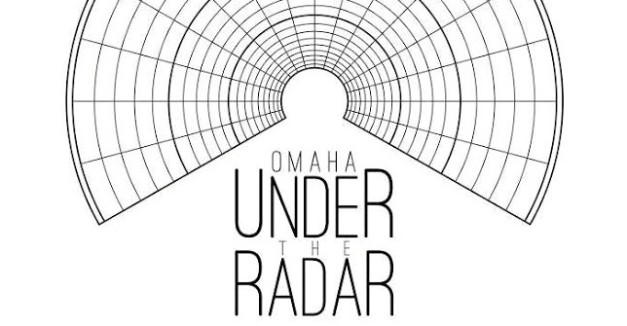 Omaha Under the Radar announces 2016 lineups

For a third-straight year, experimental and progressive musical artists from across the nation will converge on Omaha to showcase creativity, adventure and innovation.

Omaha Under the Radar announced the lineup for its July 6-9 run, which will feature a diverse group of artists performing at six venues across the city. It includes Omaha-based dance collective tbd., Eric Nyffeler’s experimental project Bus Gas and Omaha dance choreographer Jay Markel, among others. Artists from across the country include New York-based electronic duo Radical 2, San Francisco classical collective Oracle Hysterical and much more. View the list in its entirety here.

Under the Radar started in 2014 out of a desire to highlight innovative performers and creators coming out of the Midwest, and to connect them with communities throughout the United States. It has since presented more than 200 artists from more than a dozen across the country, according to a press release.

This year, participating venues include the Joslyn Art Museum, Kaneko, Bemis Center for Contemporary Art, Project Project, House of Loom, Slowdown and Milk Run. The 19th and Leavenworth venue has already established itself as a space for experimental music, hosting a monthly showcase called CounterSOUND.

Stay tuned, as the schedule will be announced next month. Visit Omaha Under the Radar’s website here for more information.

Omaha post-punk band Telepathy Problems is gearing up for a new release.

Telepathy Problems last played Omaha in May, as a send-off for McKeever and drummer Gavin Cordaro. The forthcoming album was recorded last year prior to their members relocation.

Hear both new tracks below.

An independent Omaha promoter, now backed by a national presence, is looking to contribute to the local scene.

Former Rise Above Promotions runner Austin Gaule has partnered with national concert booker Third String Productions in an effort to boost the presence of touring hardcore, punk and metal bands in the state. The company, which has a large presence in both Texas and California, will support Gaule logistically as he works to bring bands into Omaha.

Gaule is no stranger to the industry, having booked metal, punk and hardcore shows at defunct venues The Commons and Mosaic from 2009-2014. After taking a break to start a family, Gaule says he’s ready to jump back in head first.

“I’ve been talking to some of the most well known agents in the business, so it’s really been a quick transition from not doing shows into getting offers for shows on a daily basis,” Gaule says.

According to Gaule, shows are already in the works for this spring, extending well into November. He plans to focus his attention to Lookout Lounge and Sokol Underground, utilizing the above auditorium space if necessary.

Third String Productions seems like the fit Gaule was waiting for. The nationwide booking company works in California, Texas, Kansas and Arizona, this year handling major tours for the likes of Anti-Flag, Hawthorne Heights, Mest and the Ataris. It has also hosted the annual So What?! Music Festival since its inception in 2008.

Gaule states that while he wants to make an impact, he’s wary of stepping on other promoters’ toes. He says that when possible, one of his goals is to avoid competition with other shows on a nightly basis.

“I think it’s extremely important to stay informed as to what other promoter groups are doing,” Gaule says. “Competition is healthy, but we don’t want to ruin our music scene by over saturating the market and hurting venue’s in the area.”

For now, Gaule was mum on upcoming concerts, promising big announcements in the near future. Visit the Third String Productions Omaha website here to stay abreast. 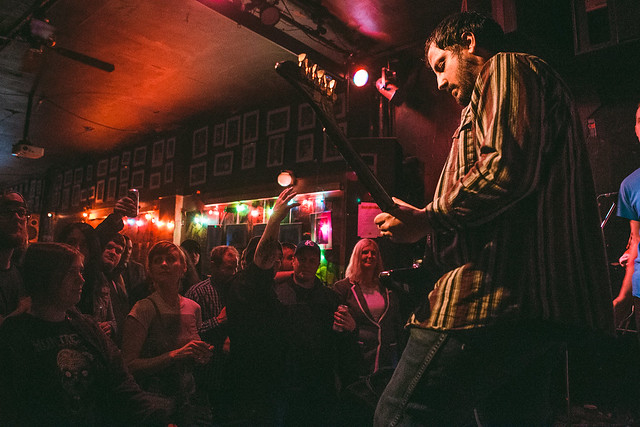 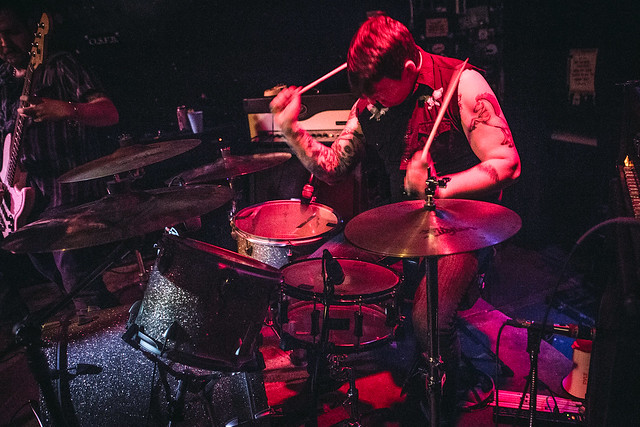 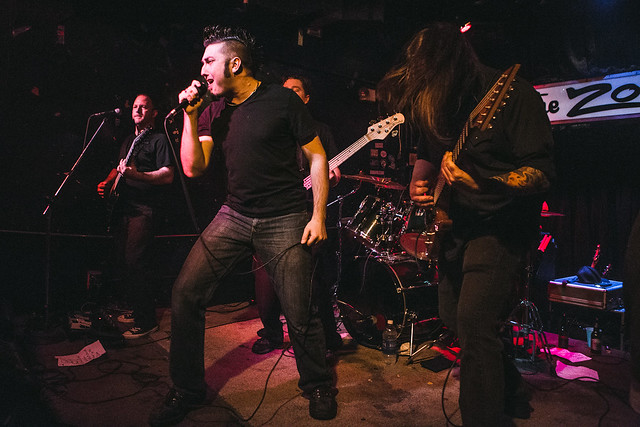 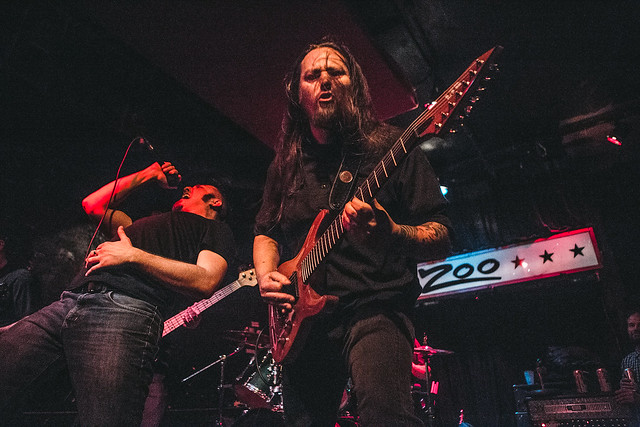 The Shaving of Otto Meza 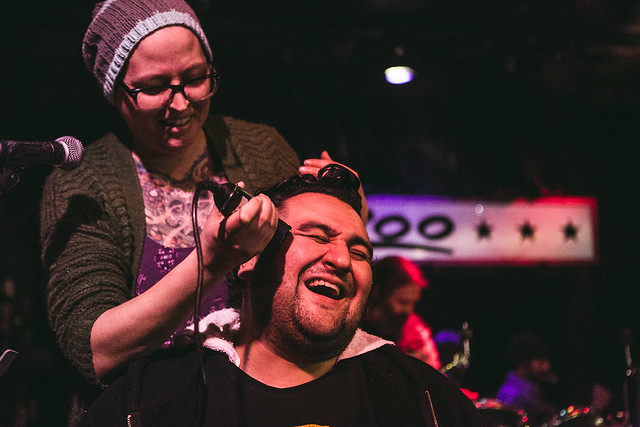 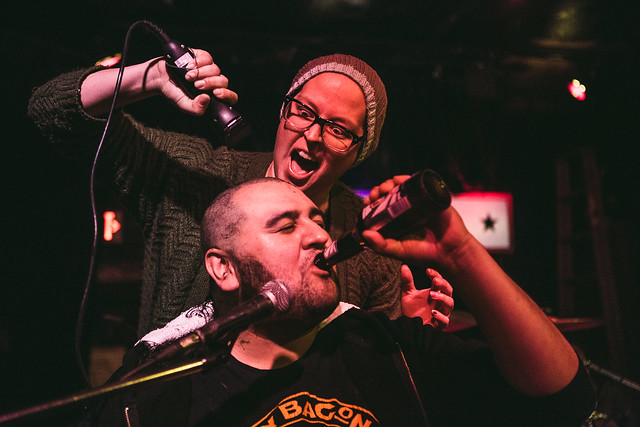 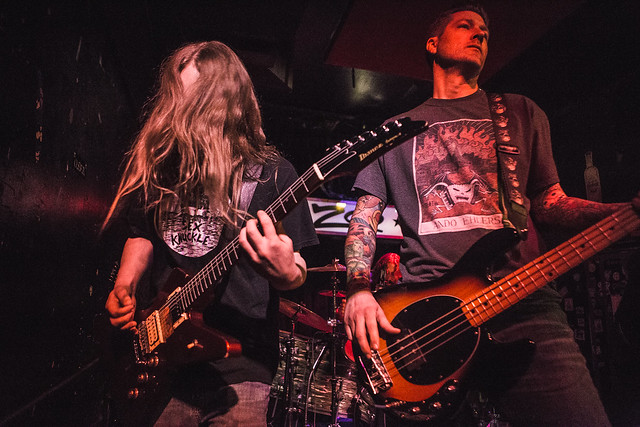 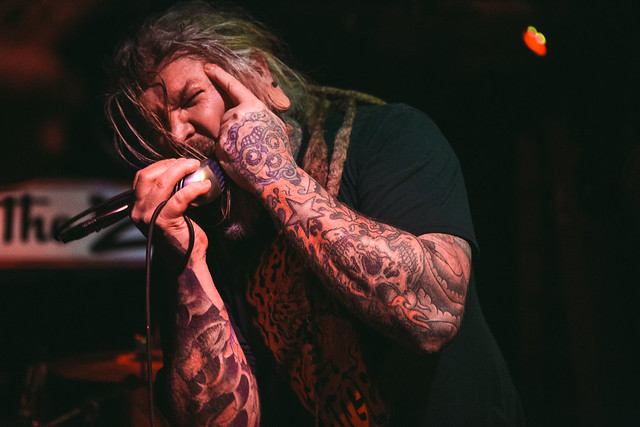 About 50 people braved intermittent snow to hear a local rock show at the Reverb Lounge on Friday night. People were a bit slow to trickle in at first, likely due to the weather, but by the time the opening bands got started, a decent crowd had packed into the concert space in the cozy Benson venue.

Timecat opened up the show with a quick set of bombastic, feedback-drenched rock. Most of the tunes were played at breakneck speed, with all players turning in technically precise performances. The drumming in particular was outstanding, giving an extra oomph of energy to the uptempo style. At times, the band was reminiscent of Taking Back Sunday, and other times of the great shoegaze bands of yesteryear. One thing is for sure, though: these gents know how to write a catchy guitar riff. 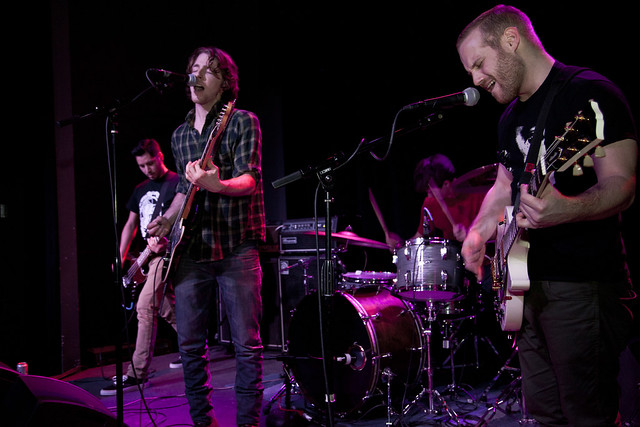 Super Ghost took the middle set. Their style is emo influenced rock with a dash of post-punk. Vocalist Jake Newbold displayed some impressive variety throughout the evening, shifting from clean singing to harsh screeched vocals several times. Not everybody can pull off this move, and he achieved it with aplomb. The lead guitarist provided jagged, zigzagging guitar flourishes and the bass and drum rhythm section was solid as well. 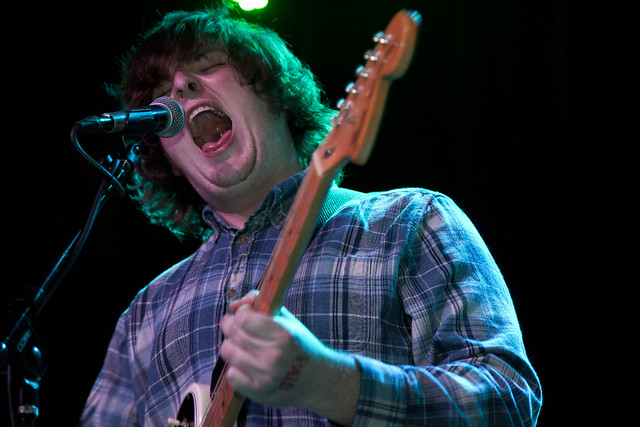 Headliner Flight Metaphor took the stage a little after ten. They have been playing in and around the Midwest for several years, with their current line up taking shape in 2011. Their latest self titled record is available on Bandcamp. 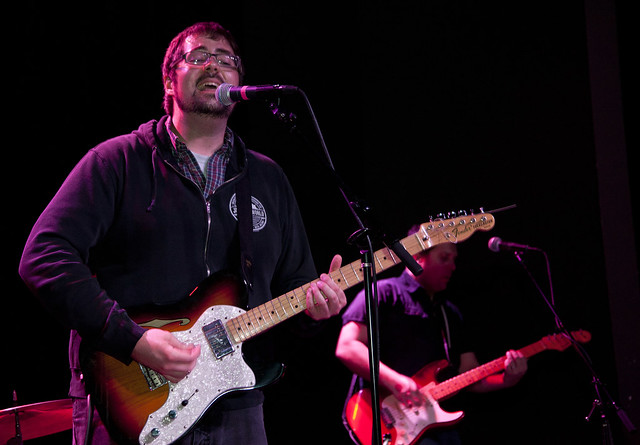 The group was very comfortable on stage, bantering back and forth with the friendly crowd just enough before starting the next song. The opener was a laid back, well constructed rock number. Vocalist and guitarist MIchael Harvat’s lyrics were to the point, and paired well with the emotional texture created by the rest of the players. Bassist Bradley Tyler Moore in particular provided some interesting rhythmic and tonal textures with his angular bass lines working underneath the more traditional guitar riffs. 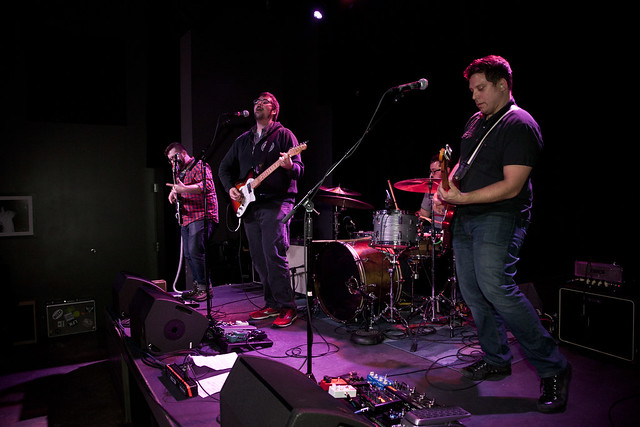 A stand out of their set was “Draw Your Lines” which starts with an almost tremolo-picked guitar riff before opening up with heavy floor tom drumming and concluding with an ecstatic, upbeat chorus. They also tossed in covers of the Foo Fighters and Jimmy Eat World (both of whom are big influences). It was fun to see the drummer pounding away on “My Hero” while wearing a Foo Fighters t-shirt. “Echoes,” one of the later songs, brought things down a notch before closing the show down.

Lincoln public radio station KZUM threw a party for its 38th birthday Saturday night, kicking off its weeklong Spring pledge drive, which officially started earlier this morning. HN contributor James Dean was on the beat, catching photos of performances by Emily Bass and the Near Miracles, The Bottle Tops and A Ferocious Jungle Cat. DJ Spencelove capped the night with a dance party.

If you’re interested in donating to KZUM this week, check out KZUM.org for more details. There are plenty of great thank you gifts — donated by local businesses — to reward your pledge.

Emily Bass & the Near Miracles 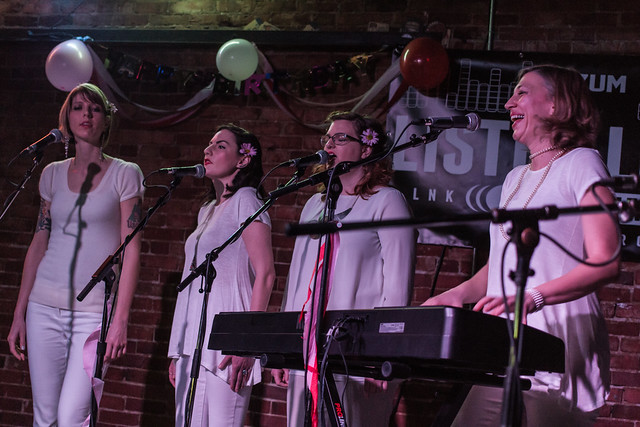 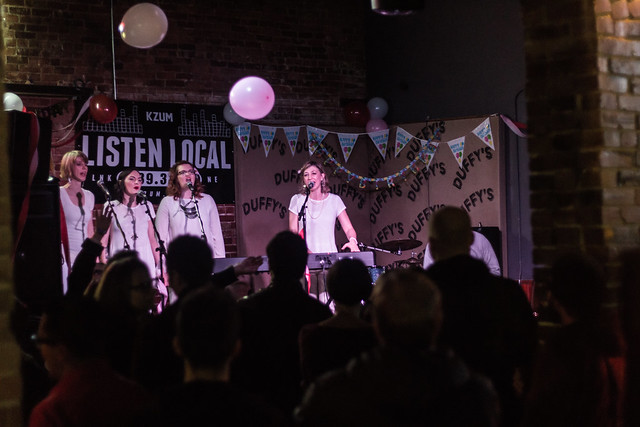 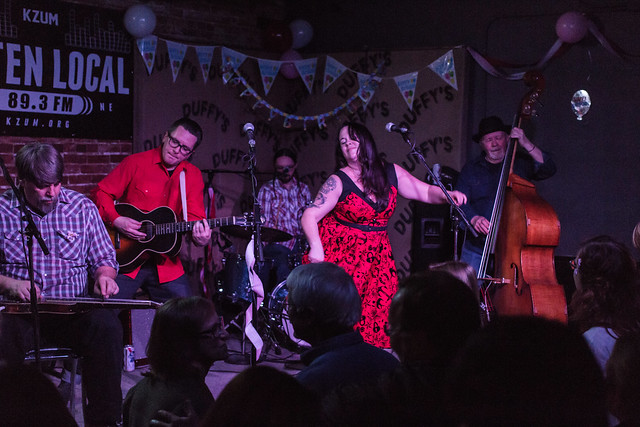 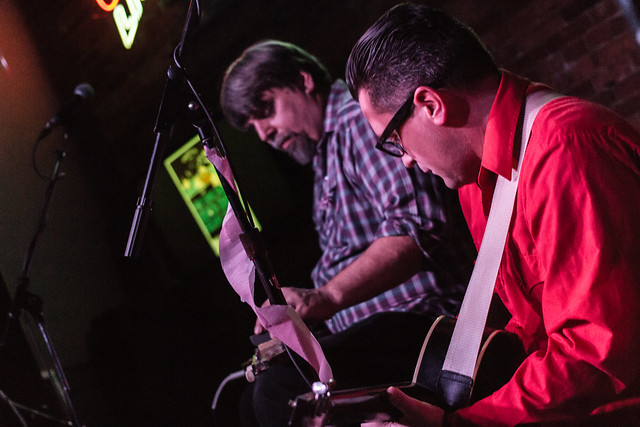 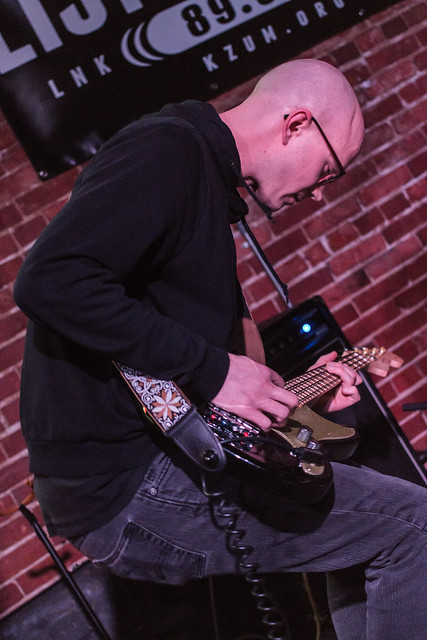 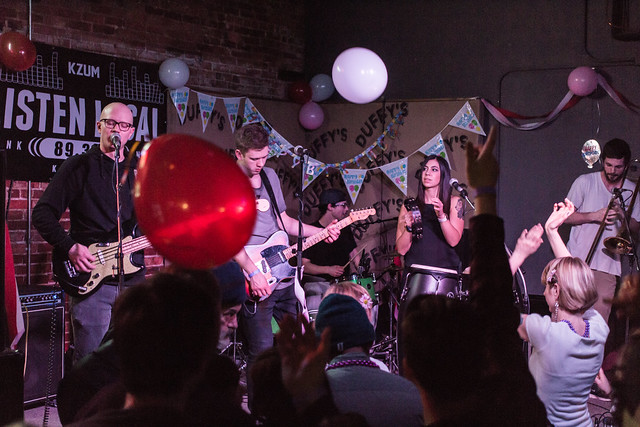 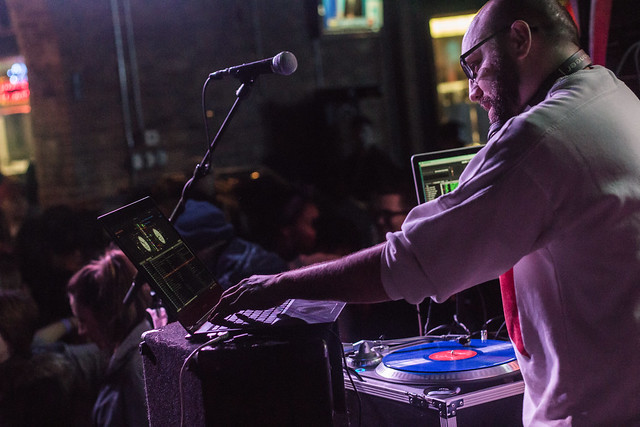 Finally, LaRose was back at Reverb Lounge Saturday to catch The Sunks, Fake Plants and Brain Farmers. See his photos below: 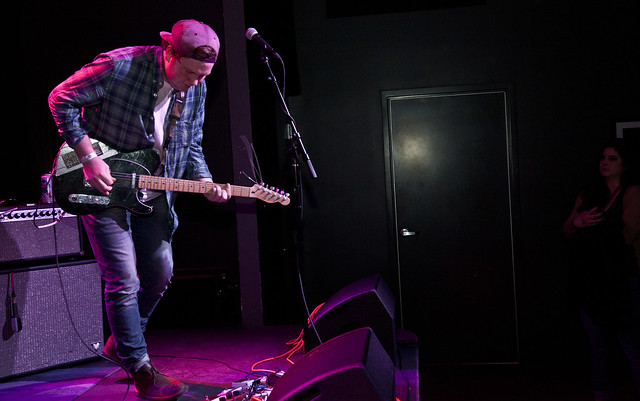 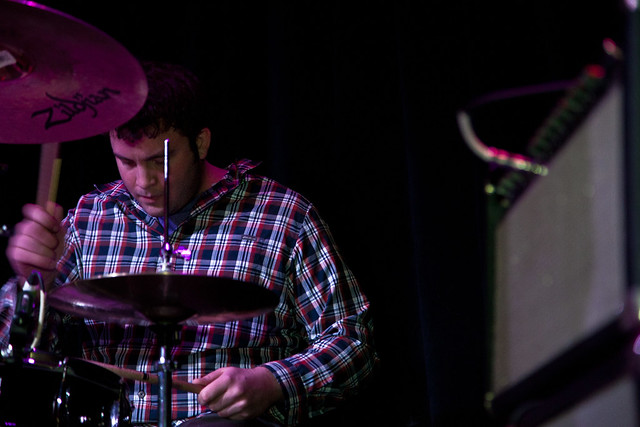 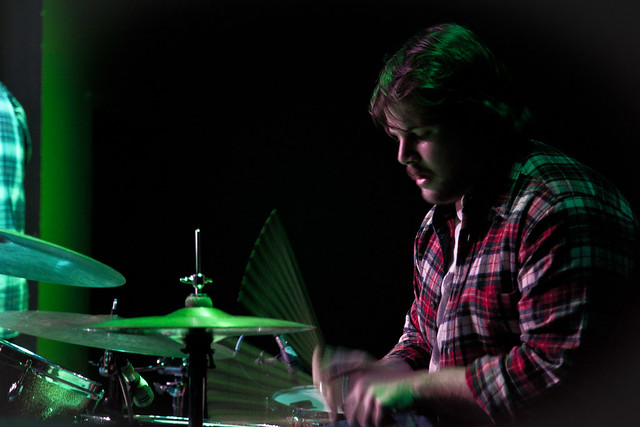 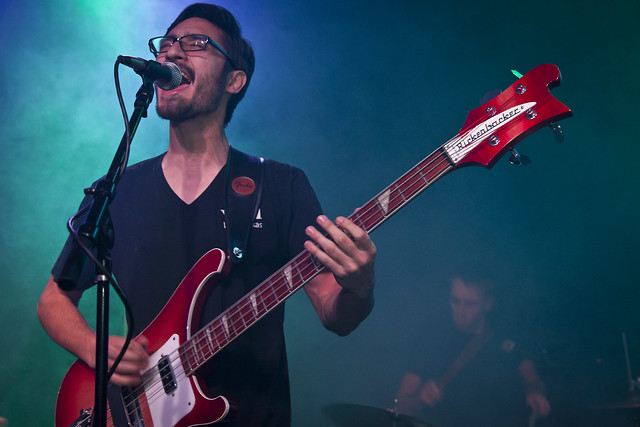 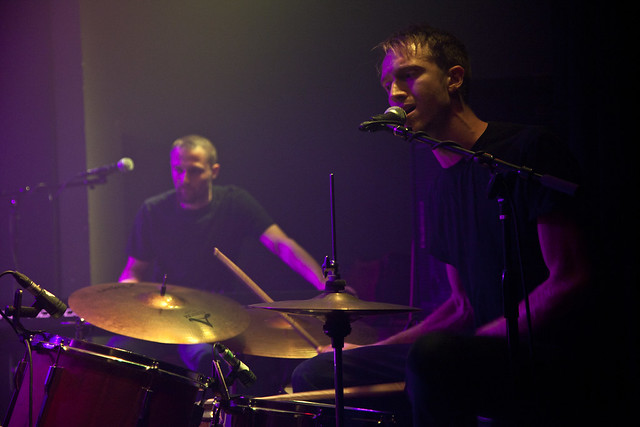 Finally, head to our statewide calendar to find a complete listing of this week’s shows. We’ve just recently updated it, but if you find that we’ve missed something, email us at news@hearnebraska.org. And keep those song submissions, story ideas and news tips coming.