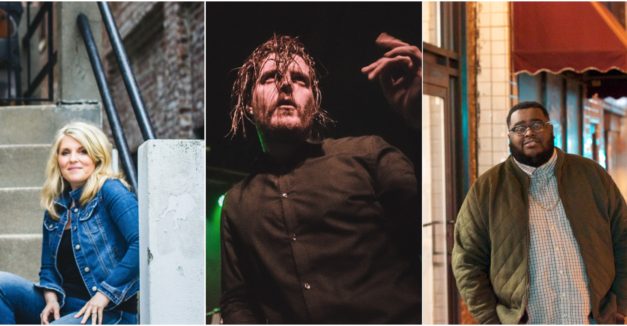 The Passion of Joan of Arc is widely considered by scholars as one of the best films ever made. Opera Omaha and Omaha Under the Radar have joined forces with Film Streams to inject new life into the classic silent.

In a new installment of ‘Silents in Concert,’ the nonprofit theater will feature a live performance of an original score written by Omaha-based soprano Amanda DeBoer Bartlett. The UTR co-founder will perform alongside Frederick Gifford (electronics), Jesse Langen (guitar/mandolin), Hannah Mayer (cello), Dana Murray (percussion) and Kate Williams (accordion) at the joint screening/concert on Tuesday, April 4.

Directed by Carl Theodor Dreyer, the 1928 silent film depicted the trial and eventual conviction of the iconic French heroin, played by acclaimed French actress Renée Falconetti. The film faced controversy initially, in part due to the director’s Danish heritage, but was a major critical success at release time. Thought lost for years, the original cut was found in perfect condition in a Norwegian mental institution in 1981.

The Nebraska Artists Council has added a fresh batch of musicians to its touring artist roster.

Lincoln folk songwriter Evan Bartels and Omaha hip-hop artist J Crum are among the seven acts newly listed by the statewide arts organization. Placement on the roster facilitates hire by an educational institution, nonprofit or state agency through grant application.

In all, the additions represent three Nebraska communities. The list includes Lincoln acts Jens Lehman & the Time Cops and Kellison Quartet, Omaha’s The String Beans and Luigi Inc and Kearney’s Trans-Nebraska Players. View the current roster here and find more information about how to hire one here.

Speaking of J Crum, the OEAA Best Hip-Hop nominee has released a new video for his song “Figure Four” from his latest full-length album Black Sheep. The rapper takes inspiration from ex-wrestler Ric Flair’s finishing move, explaining that the track itself is “about the wrestling one has between who they are and who they want to be.” Watch the video below:

Concert Coverage: Deafheaven, This Will Destroy You, Emma Ruth Rundle at The Waiting Room

Tuesday’s show at The Waiting Room was an unwavering display of passion as Emma Ruth Rundle, This Will Destroy You and Deafheaven walked the audience through a dramatic musical narrative. The night as a whole captured the entire spectrum of human emotion, carrying along a cohesive arc that seemed as if it were meant for a play.

The night began promptly at 8 with a low hum from the guitar of Los Angeles singer/songwriter Emma Ruth Rundle. Rundle was the focal point on the stage and was surrounded by three other musicians. As Rundle began to sing, her airy voice carried a mournful melody across the room, atop weighty chord progressions. Rundle’s voice sat above a thuddy kick drum which sustained the band’s tempo. Rundle’s distorted guitar tore through the escalating set closer “Heaven”, before the band released to leave just a clean guitar and the same soft vocals that started off the night. 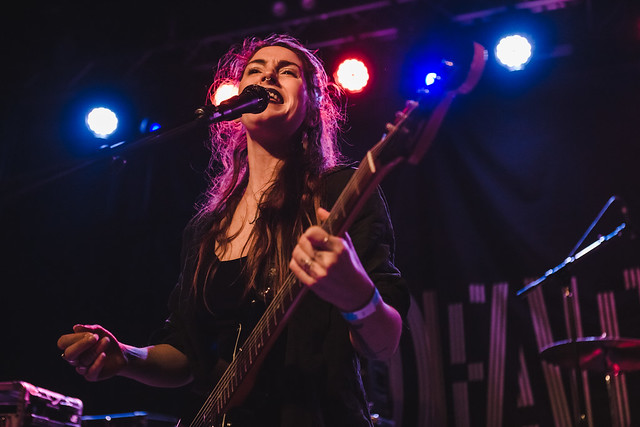 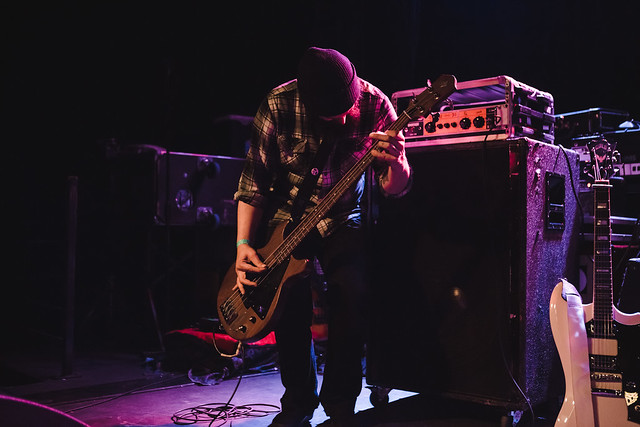 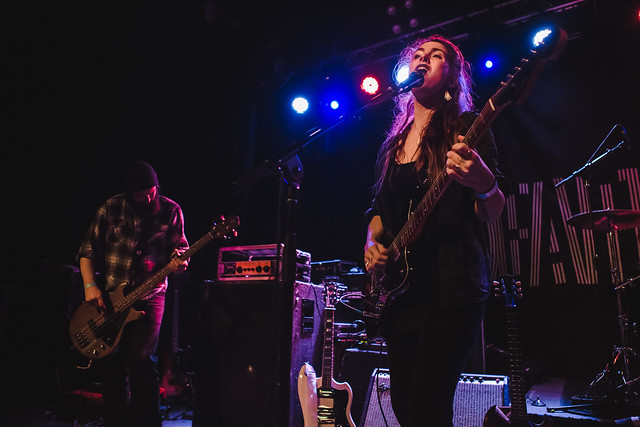 Texas instrumental/post-rock band This Will Destroy You began the middle set with the warm “The Mighty Rio Grande.” Seated on a drum throne stage right, guitarist Jeremy Galindo played delicate chords atop the droning, single note of fellow guitarist Christopher Royal King. Galindo rocked back and forth and stomped his feet with the crescendoing song, appearing as if he was going to fall off his throne. At any given point, each band member had their eyes closed, as if to practice some spiritual rite. Drummer Jesse Kees played repetitive beats with a slow, yet dynamic cadence that could lull listeners into a meditative stupor. Each song grew bigger than the last up through the closer, “Little Smoke,” which featured a screaming King at the end of the band’s otherwise instrumental set. 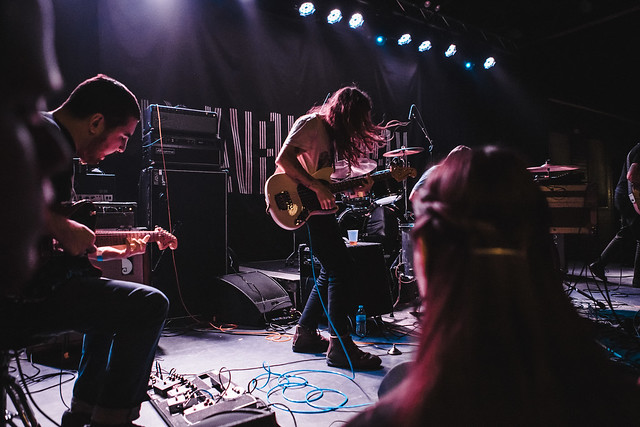 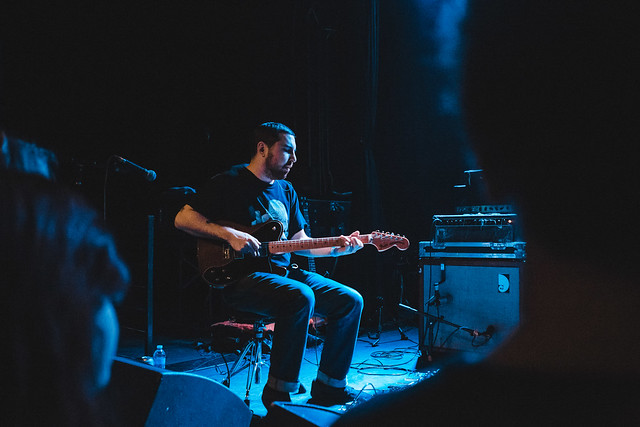 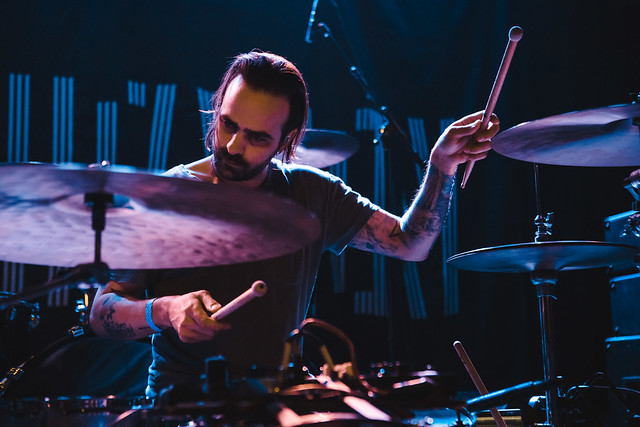 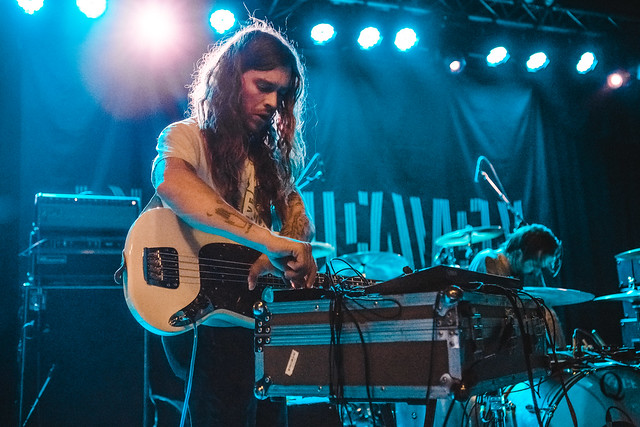 Deafheaven took the stage last, diving right in with the menacing “Brought to the Water,” from its most recent release, New Bermuda. The band’s sonic textures were incredibly diverse: at times raucous and unrelenting and at others, sanguine like the tender sensibilities of an episodic post-rock song. Frontman George Clarke conducted the audience with wide eyes and theatrical arm movements. Clarke interacted with the crowd at every moment of the set. Clarke maintained a melodramatic persona, sometimes holding the mic stand above his head in a sheer manifestation of energy. At other times, Clarke stood on the edge of the stage thrusting an arm into the sea of people, grabbing their hands and making strong eye contact. It wasn’t until the band played the grandiose “Dream House” that Clarke began looking at people in the front harshly and telling them to “get the fuck on stage,” before rambunctiously pushing them off. Once people began stage diving however, it didn’t stop until the end of the night. Deafheaven vehemently played “Sunbather” and “The Pecan Tree” for its final two songs, during which Clarke turned his back to the crowd and laid atop the hands of admirers. 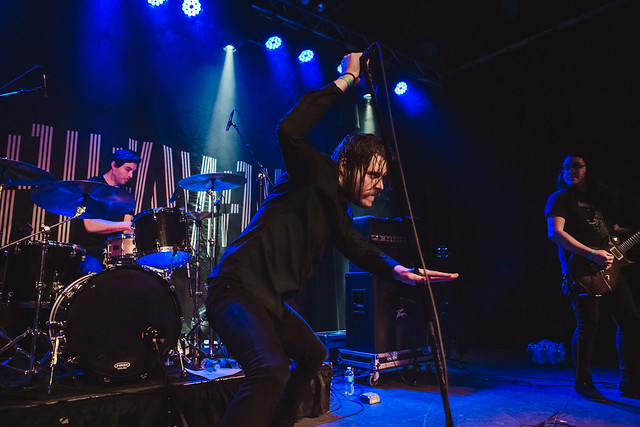 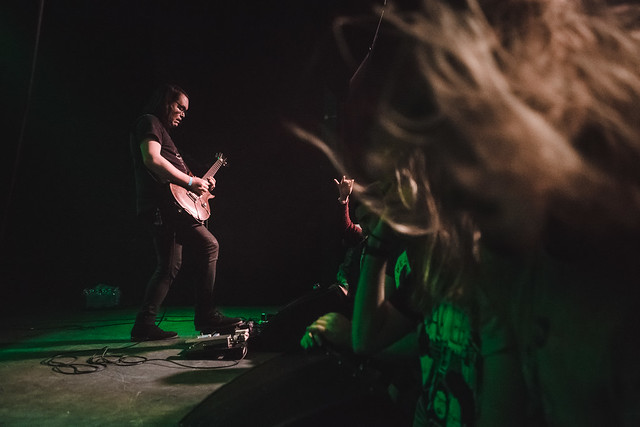 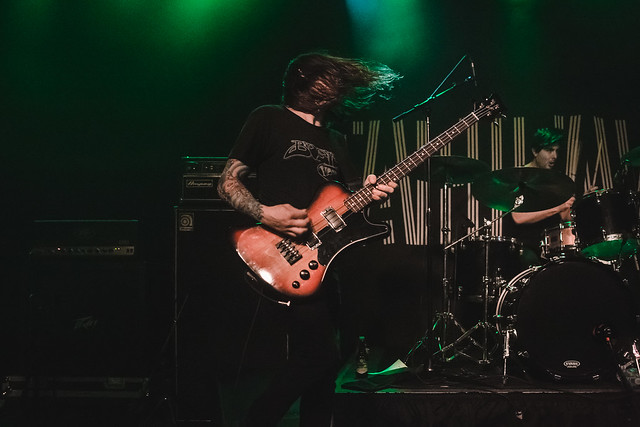 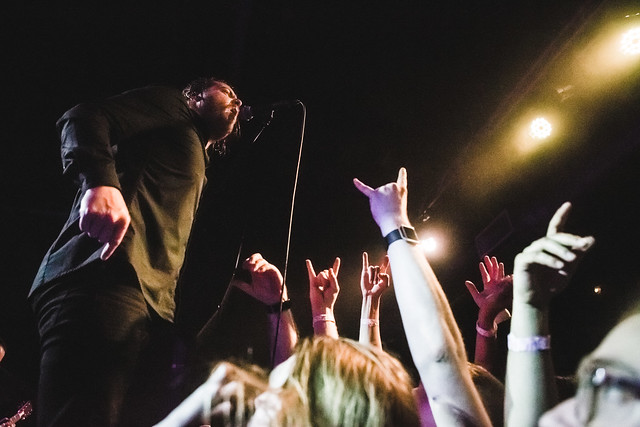 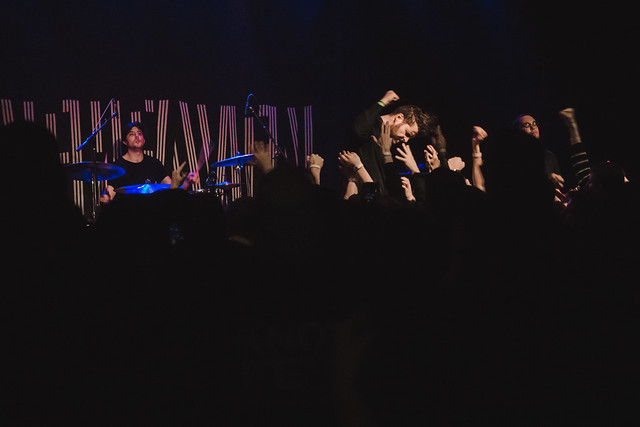 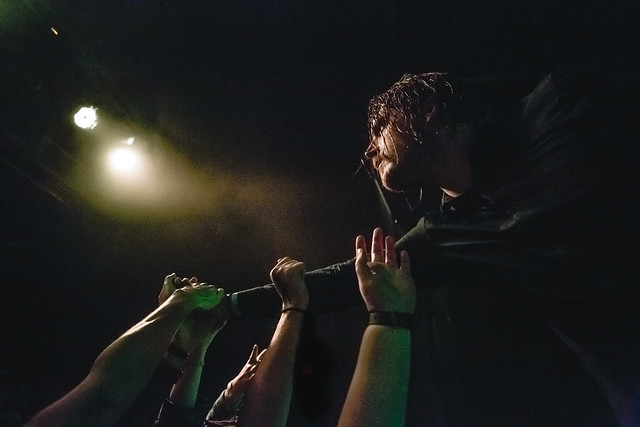 Clarke and the band gave a true exhibition in crowd interaction. In addressing his audience with eccentricity and poise, he took the lead in a strangely fulfilling series of scenes that comprised the show.

Tonight, Four Year Strong plays at Sokol Underground. The Massachusetts pop-punk outfit is in the midst of a 10 year anniversary tour for its second album Rise or Die Trying, and will be joined by Can’t Swim, Light Years, Sleep on It and Lincoln band A Summer Better Than Yours. The 6:30 pm show is all ages and tickets are $18 at the door. RSVP here.

View a fuller listing of shows at our statewide calendar here. If you do not see your show or one you plan to attend, email us at news@hearnebraska.org or add it yourself via our “contribute” feature here.