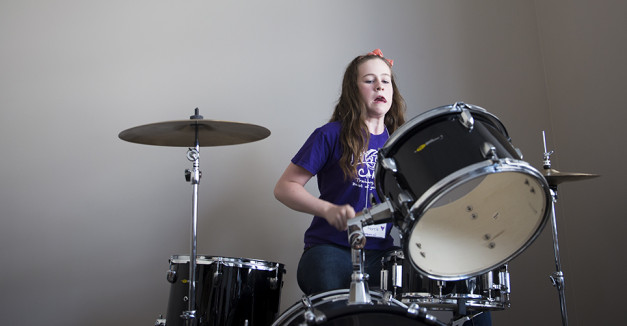 One of the Omaha Girls Rock camp bands, Snot, will perform at Maha, Saturday on the Weitz Stage before Twinsmith’s 1:20 p.m. set. OGR bands were featured in a similar Maha slot last year on the Omaha Gives Stage.

At Omaha Girls Rock, an annual week-long day camp, young women learn self-confidence and self-empowerment by learning to play an instrument, starting a band with fellow campers and writing a song. Each year, the end of the week is capped by a showcase featuring each band.

Snot formed at the camp’s second session this summer and played the Girls Rock showcase at The Waiting Room to a crowd of 500.

Read our feature on spending a day at the camp here. We at Hear Nebraska are big fans of OGR. 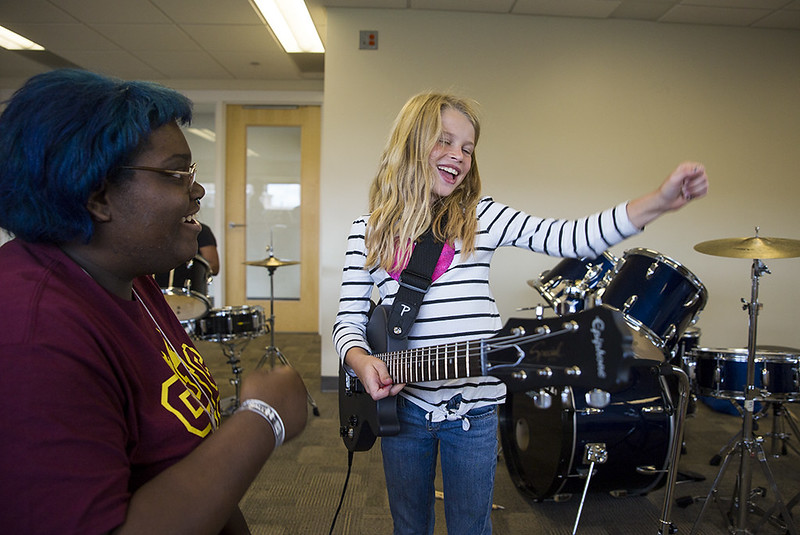 Twin Shadow has postponed his Sept. 26 show at The Waiting Room, as well as the majority of his North American tour.

According to a somewhat vague statement, bandleader George Lewis Jr. and his live act won’t quite be ready for their live performances by the time the tour was scheduled to begin. Until another Omaha date is set, you can still catch Twin Shadow if you’re in Europe or at one of the many festivals the band is hitting this fall. We can only hope this one is rescheduled soon. Whatever Lewis means by figuring out the band’s “moving parts,” here’s hoping it’s worth the wait.

Ani DiFranco will play the Lied Center in Lincoln on Oct. 20.

DiFranco has been playing folk music for more than 20 years. Her work is often considered in the socially advocating folk tradition of ’60s songwriters such as Joan Baez, Joni Mitchell and Pete Seeger. She has released more than 20 albums and has been nominated for 10 Grammys, winning twice. Tickets are not yet available.

1% Productions announced a string of shows today. This notably includes Opeth at Sokol Auditorium on Dec. 5. The veteran Swedish prog-metal band is known for deftly incorporating folk, blues, classical and jazz influences into their music. Additionally, Joey Bada$$ will play Slowdown on Oct. 5. The 19-year-old Brooklyn rapper began making waves in 2012 with his debut mixtape 1999. Since then, he’s worked with Wiz Khalifa, ASAP Rocky, MF Doom and others. His second album, B4.Da.$$, is slated to come out later this year. Tickets go sale tomorrow for both shows.

Today’s 1% press email also hinted the much-anticipated Reverb Lounge might be open for a bit in September. This would potentially give people a chance to have a look around before the venue’s inaugural Sebadoh show on Sept. 28.