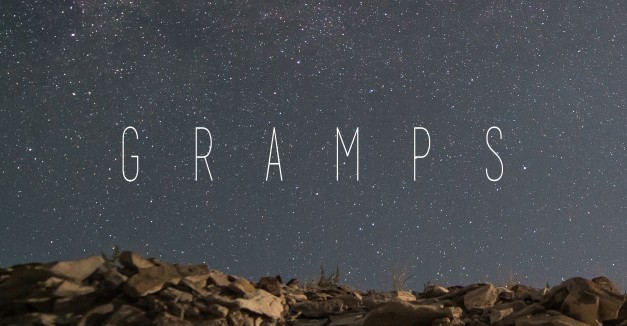 Omaha Creative Institute has launched a new program designed to connect working Omaha artists of all mediums with each other and community patrons.

The nonprofit is calling for nine local artists to participate in its Community Supported Art (CSArt) Omaha. CSArt will allow public shareholders to purchase a stake in the program. Each participating artist will receive a commission to produce art for those shareholders. This not only facilitates the creation of new work, but also helps promote artists to potential collectors.

“By providing value to would-be collectors and connecting them directly to artists, we hope to cultivate long-term relationships that result in a stronger, self-sustaining, art-creating community,” Moody says.

Modeled after a similar community-supported Minneapolis program, CSArt Omaha will grant $1200 to each artist to produce a total of 49 works of art between them. Moody says OCI is looking for artists working in all mediums — visual artists, musicians, writers, performing artists — and in all stages of their respective careers. In addition to working for shareholders, each artist will participate in an exchange, walking away with a new piece for themselves. OCI will facilitate meet and greets throughout the creative process to connect the artists and their patrons directly.

“This program allows the community to discover new artists and support artists’ careers and, in turn, a more vibrant community,” Moody says.

Applications opened yesterday, and will remain open through December 31. After the deadline, a group of curators will select a diverse group of artists based on their artistic excellence, diversity of media, and ability to execute the number of works required. Find the application here.

A total of 40 shares will be made available to the public February 1, after all nine artists have been selected. For more information, check out OCI’s website here.

The EP is available digitally via Soundcloud, Spotify and iTunes. Gramps plays its release show Friday, Dec. 11 at O’Leavers with Uh Oh and Millions of Boys (RSVP here).

Hear Gramps in its entirety below:

It seems like Des Moines singer/songwriter Chris Ford has made Nebraska something of a second musical home in recent years. If anything, he’ll at least prove his favor in the month of December.

As Christopher the Conquered, Ford begins a five-week Slowdown residency tonight, playing with The Sons of Slowdown (RSVP here). He’ll play a show each Wednesday this month, having curated each show with a different set of his favorite Nebraska artists, and ones with which he’s made connections. Other acts include Dave Mainelli of Bazille Mills, Mesonjixx, Both, Jake Bellows and CJ Mills.

“These are basically just everyone I’ve met playing in Omaha and Lincoln and doing 5 shows in a month gave me the opportunity to finally ask them all to play with me,” Ford says.

Chris Ford has long been a Iowa music ambassador, cultivating the Des Moines and Ames scenes from within and making regular touring destinations of Nebraska and Minnesota — both solo and with Patrick Tape Fleming’s art-pop project Gloom Balloon — in an effort to make connections. He has appeared numerous times at Lincoln Calling and has written for Minneapolis online alt-publication City Pages.

“[This residency] seems to be a potentially great way to fully cement yourself in another artistic community, which is not a bad idea for a place that’s only a couple hours away,” Ford says.

The Christopher the Conquered residency runs through the month of December. Each show is $7, or $23 for the entire run (which also gets you a signed 7” and magnet). Ford’s live album A Passing Melody is out now on Maximum Ames Records. I’m Giving Up On Rock & Roll releases this spring. Following his residency, Ford will head to Europe for 9 weeks of shows in Germany, Italy and Belgium.

Tonight, Vega hosts an all-electronic billing featuring Slow Magic, Giraffage and Lindsay Lowend. Slow Magic has toured worldwide this year in support of sophomore album How To Run Away. Giraffage is San Francisco producer Charlie Yin, whose electro-pop sound has garnered praise from the likes of Pitchfork, FADER and XLR8R. Lindsay Lowend is a 20-year-old up and coming bass music artist from Washington D.C. Should be a great opportunity to get your dance on. RSVP here.