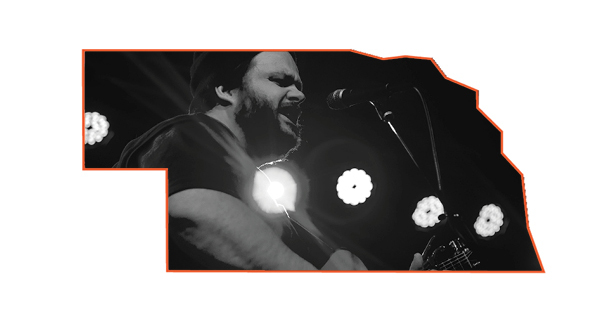 A couple Nebraska videos came out over the weekend from Oketo and Mitch Gettman.

Oketo vocalist and guitarist Steve DeLair plays an acoustic version of “Untitled,” which the band says it plans to release as a single down the road.

The creek, hemmed in by concrete, adds some natural reverb to DeLair’s voice as he flows from a controlled murmur to bubbling-over. They’re some of the moves found on Oketo’s self-titled EP, released earlier this month.

Mitch Gettman released a video for his track “Fortune of Thieves” off his recently-released EP Nothing Stays the Same.

In the video, Gettman wanders listlessly through a forest, near a creek and over railroad tracks.

Over the weekend, Shawn Holt and the Teardrops were awarded a Blues Blast Award for their 2013 album Daddy Told Me.

The awards, curated by Blues Blast Magazine, are decided by popular vote in an online poll. They cover a vast swath of blues categories, including acoustic, contemporary, soul and rock.

The award puts Holt and crew in the same ring as the likes of Buddy Guy, the Grammy award-winning musician who took home this year’s Best Contemporary Blues award.

Tomorrow night, The Hudson Branch, The Kickback, Skypiper and Christopher the Conquered play The Slowdown together.

It’s a quick return to the state for The Kickback and Christopher the Conquered which both played Lincoln Calling two weeks ago. RSVP to the show here.

Christopher the Conquered, a Des Moines singer-songwriter known for towering and inventive piano ballads, is preparing to release his second studio album. The album, recorded at Ardent Studios in Memphis, was mastered by Doug van Sloun in Omaha. It will be released in the first half of 2015.

Monday is add-day on HN Radio, and we’re rolling with an eclectic mix of Nebraska music, including a few live tracks from All Young Girls Are Machine Guns live on HNFM last week.

Tonight, on our KZUM radio show, we’re pleased to be joined by John Klemmensen and the Party for an acoustic set. Tune into 89.3 KZUM at 8 p.m., or listen online at kzum.org.