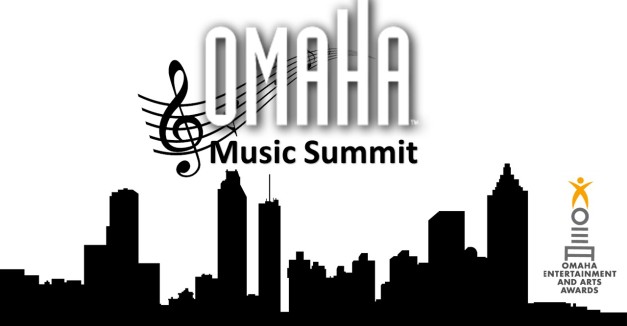 For the last decade, the Omaha Entertainment and Arts Awards has recognized working musicians’ achievements throughout the city. Thanks to a new program, it will attempt to cultivate that talent.

The OEAA will host its inaugural Omaha Music Summit Saturday, March 5 at Slowdown. Through a series of workshops, the event is designed to empower and educate musicians in the Omaha area. Attendees choose to attend three of six seminar topics including booking, production, online self-promotion, crowdfunding, feminism in the music scene and a panel discussion on Nebraska hip-hop and R&B.

“I remember I when I was starting I had to discover things by trial and failure,” says Omaha Music Summit coordinator Dominique Morgan. The Omaha R&B artist joined the OEAA board in 2015 as one of its first working musicians. He says he brought with him a different perspective, immediately starting work on a way to artists in the scene directly.

“I think one of the jobs of the OEAs is to educate and uplift the musicians that we have here,” Morgan says.

Last Fall, the OEAA opened itself to community suggestions for topics musicians would find helpful. Morgan also traveled to national conferences in Des Moines and Chicago, scoured the internet and thought about what questions aspiring musicians might ask.

“How do I book my shows?” Morgan says “If I want to start a crowdfunding campaign, what are good tools to do that with? What has been effective in Nebraska?”

To help, OEAA has brought in a group of experience scene figures to lead each seminar. OEAA president Emily Cox, board members Dave Campbell and  Marq Manner and publicist Melissa Kucirek will lead Booking 101. Omaha Girls Rock’s Kait Berreckman will lead discussion at Feminism in the Omaha Music Scene. Icon One Music president Alfonso Jones and Make Believe’s Rick Carson will teach Production 101. Morgan and Jones will lead hip-hop/R&B panel “We Got Next.”

Cox says the event is a welcome addition to the nonprofit organization’s programming, and one that would have been nearly impossible before Morgan’s involvement.

“The awards show soaks up so much of our time and willpower and our efforts that we never thought outside the box,” Cox says.

Morgan says that this weekend’s summit will cover as much ground as possible. Yet, with only a day in which to cram a large amount of information, he says a lot of it “will be 101.”

“People are starving right,” Morgan says. “What is the best meal to fill people up?”

Currently, all 50 participant spots — 10 of which are designated for attendees ages 16 to 20 — are filled. Interested individuals are encouraged to sign up for the wait-list should spots become available. Those on the wait-list will be given preference for future summits.

Sign up and see the full seminar schedule here.

Omaha hardcore band Bib announced it will strike out on tour this month. It starts March 8 at Milk Run with Minneapolis band Lemonade, with which Bib will head to Kansas City, Mo., and Oklahoma City. The Omaha foursome plays Omaha once more March 14 before heading to Chicago, Detroit and over to the upper East Coast.

Bib was recently tabbed by national blog No Echo as one of the Top 12 newer hardcore bands to watch in 2016. The list includes a variety of hardcore sounds from all over the country, from Boston and Washington D.C. to Chicago, Texas and California — a few of the places it will tour this month.

See all dates and RSVP here.

Life’s slow droll continues on amidst intermittent moments: an office meeting, a deteriorating breakup finalized, a sex dream. Omaha native singer/songwriter Cory Kibler cleverly tries to make sense of it all on his new full-length LP.

Dreams Really Do Come True floats through eight musing tracks, recorded over the last eight years in Omaha and Lawrence, Kan. It sits squarely in the singer/songwriter pop circle, tender and somewhat cheeky in the style of Belle & Sebastian and Camera Obscura. From the lonely boredom of “It’s The Only” to the slipping madness of “What Do You Want From Me,” Kibler’s soft coo is a warm blanket in the mind’s colder territories. The razors of time cut gently, especially sheathed in bouncy acoustic pop such as this.

Such monotony and hopelessness don’t land nearly as neatly without the album’s slick production. Omaha’s Matt Wisecarver and Lawrence producer Howie Howard both had a hand in recording, with Howard assembling the final mixes and providing lush backing instrumentation. The result is as brooding as a Girls record and equally sincere.

Listen to Dreams Really Do Come True in its entirety below:

Dancing In Chains, the fourth and final Eko Nova series installment, will be held Monday, May 2 at Kaneko. Kansas City Symphony musicians Sunho Kim, Stephanie Cathcart, Philip Kramp, and Maria Crosby are joined by Eko Nova artistic director and clarinetist John Klinghammer in the series finale, inspired by traditional “Gumboot Dancing” born out of the brutal labor conditions of South Africa under Apartheid. Find out more and register here. 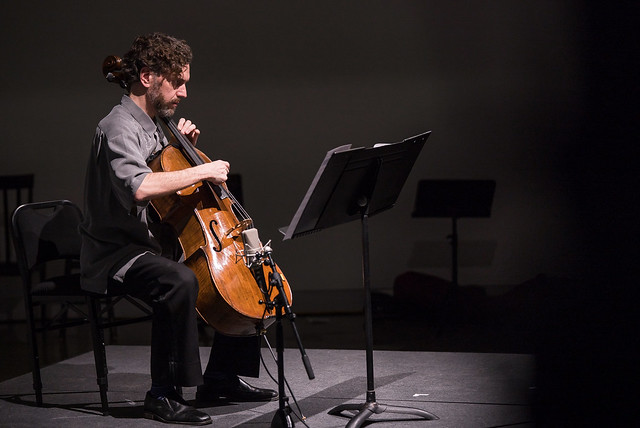 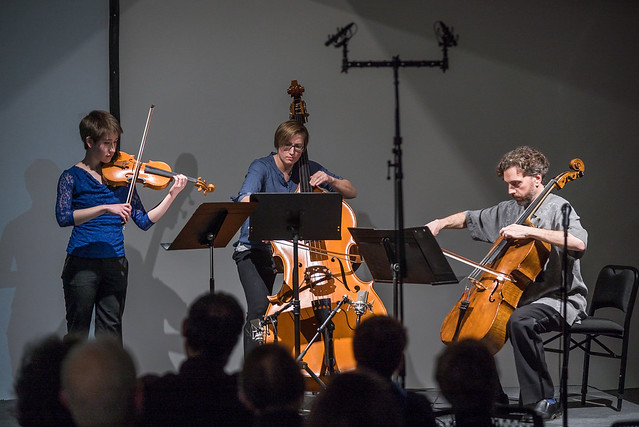 Tonight, Lincoln rock band The Hanyaks plays Duffy’s Tavern for Dad’s Beer Night. Fellow Lincolnites Letterbomb open the show. A friendly reminder that with no cover (and tallboys as cheap as it gets), your donation is surely appreciated. RSVP here.

Plan your concert-going week with our statewide calendar, which can be found here. If you do not see your show or one you plan to attend, email us at news@hearnebraska.org or add it yourself using the “Contribute” button at the top right of the home page. And keep those story ideas, song submissions and news tips coming.