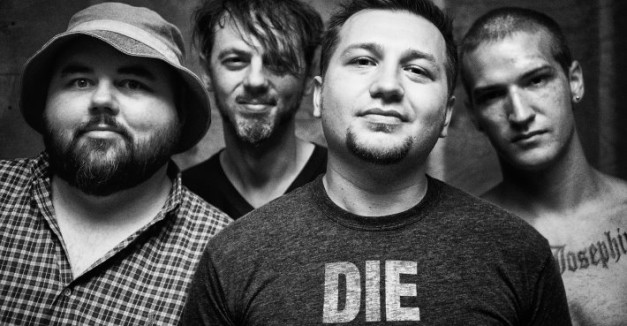 — Azure Ray’s Maria Taylor talks about Omaha and compares it to Athens in this Red & Black article that implies Maria still lives in Omaha. Does she? I thought she moved a few years ago.

— Both Beep Beep and Machete Archive get a shout out in this Fayetteville Flyer article about a band called The Inner Party. It just so happens that Ian Francis, who played in both Nebraska bands, played drums on Inner Party’s new album, The Inner Party Makes a Mess.

— The Mountain Goats’ John Darnielle joined Conor Oberst on stage for a cover of Tom Petty’s “Walls” during a concert in Sydney, as reported in this Sydney Morning Herald review. When isn’t Oberst out performing. Is he the hardest working singer-songwriter in the business?

Earlier this week Icky Blossoms announced the presale of their new Saddle Creek Records release Mask and the label already has sold out of the limited edition deluxe vinyl version (only 200 to be pressed). However, you can still order the white vinyl for $17, which comes with a digital download. There are two different release dates for this album — May 12 (CD/Digital) and May 26 (Vinyl).

According to the press release:

The band experimented with making electronics sound organic and organic instruments feel electronic. Song skeletons were embellished with tuned 808’s, hyper-effected mouth noises, screams as instruments, and guitars run through synthesizers. Their influences range from Fad Gadget to Beyonce and the subject matter varies from wrestling with the isolation of existence to the emotional spectrum of love.

If this first track off the record is any indication, this could be a big one for the band and the label. Blondie ain’t got nothing on Sarah Bohling…

So what’s happening this weekend?

Meanwhile, back in Benson, the country stylings of The Electroliners headline at the Barley Street Tavern tonight with 24 Hour Cardlock, The Willards Band and Michael Hinckley. $5, 9 p.m.

Speaking of The Brothers Lounge, the bar is hosting another Bar Stool Record Swap Saturday afternoon starting at 4 p.m. Local records stores such as Almost Music and Homer’s along with other traders will be on hand to sell and trade vinyl. More info here.

That’s all I got. If I missed your show, put it in the comments section. Have a good weekend and as my favorite Vulcan used to say: Live long and prosper.

Read Tim McMahan’s blog daily at Lazy-i.com — an online music magazine that includes feature interviews, reviews and news. The focus is on the national indie music scene with a special emphasis on the best original bands in the Omaha area. Copyright © 2015 Tim McMahan. All rights reserved.