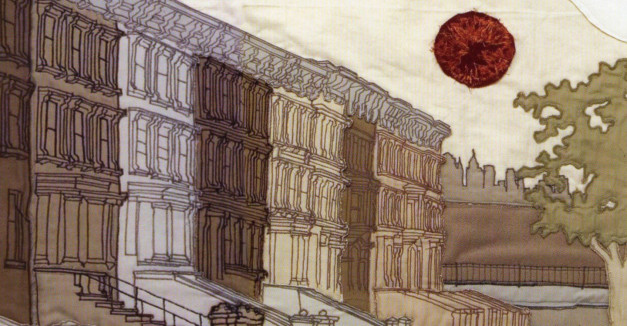 Art, especially music, has always been an effective tool for conveying affection. With that in mind, and Valentine’s Day this weekend, NPR’s All Songs Considered asked thousands of its listeners to name their ideal romantic song. Listen in here.

It’s a love song, I guess. But probably no one that’s paid close attention to the lyrics is standing outside a bedroom window belting it out. There are indeed some beautiful reflections, including “This is the first day of my life, I’m glad I didn’t die before I met you.” But the thrust of the song belongs more to “I’d rather be working for a paycheck than waiting to win the lottery.”

So the song is about love, yes, but it’s more about being burnt out in regards to love.

Anyway, it probably says more about NPR’s listeners and their expectations than it actually does about the song itself.

Tuesday night, Talking Mountain plays its final show. The long-running, visually stunning project helmed by Jason Meyer is calling it quits after several years as one of Omaha’s catchiest pop bands. Meyer is known for being a tinkerer, creating light shows and stage props for Talking Mountain performances. Recently, he’s been applying that sense of performative adventuring in Feel Tight and Calm Fur.

Meyer tells us he lost interest in the project when a touring band that called itself “electrosensual” asked to play a show with him.

“The thought of being ‘electrosensual’ has killed any interest I had in finishing the record, despite it being mostly done, and also despite it being not terribly synth heavy or ‘danceable.’ Calm Fur/Feel Tight is now the focus.”