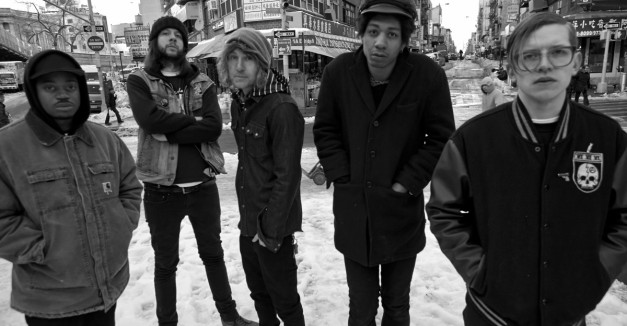 The Lincoln trio’s track is carried along by brooding classic rock guitar riffs that finally pay off in a moody solo suitable for an ‘80s motorcycle ride into the sunset.

We hope to hear more from the electro-folk band soon.

Lincoln rapper Sleep Sinatra is back at it lately, with one new release and more in the works.

His most recent Sm Grims-produced output, “Yah’s Dust,” builds on what he started with his latest full-length, Monsters and Children. It’s smooth, relaxed and almost hazy, but simmering with a palpable intensity and ferocity.

The finals for the Nebraska Blues Challenge are Sunday at the 21st Saloon in Omaha. They begin at 4 p.m. with Church House Blues Band, Hector Anchondo and Drew Jude and the Cool Tones, each of whom won their respective semi-finals round.

The winner of the finals, determined by a point-system, will represent the Blues Society of Omaha at the International Blues Challenge in Memphis.

Finalists also have the opportunity to win cash prizes and studio time. Audience members can enter a raffle to win a framed Zoo Bar lithograph.

Doors open at 2 p.m. The show is $5, and all proceeds go to Blues Society of Omaha.

If you’re out and about tonight, there’s a couple notable shows:

The Bourbon’s big week — lines stretch down O Street for Gov’t Mule on Tuesday and Cherub last night — continues tonight with We Came As Romans. The heavy-hitting American metal band is known for its melodic, instrument-oriented take on metalcore. They’re also very into self-discovery, billing this national trek as the Present, Future, and Past Tour. It’s a 6:30 p.m. show. RSVP here.