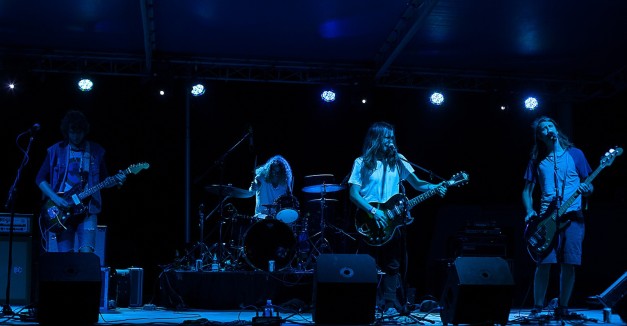 Nebraska Folk and Roots Festival has unveiled the schedules for its second annual run, two weeks ahead of the event.

Saturday begins at noon with The Wildwoods on “Stage 1” and Victor and Penny at 12:30 p.m. on “Stage 2”. Bud Heavy and the High Lifes and Memphis-based Motel Mirrors headline the two stages, respectively.

With sweeping views from Branched Oak Farms and nearby camping available, the outdoor setting of this year’s Nebraska Folk and Roots Festival seems befitting. Plus, it will feature haystack rides, on-site music workshops, craft vendors and much more.

Tickets are $15 per day, $20 for a weekend pass, and are available via Ticketfly here.

Sofar Sounds: Omaha hosts its seventh show this evening. Those who have signed up for the show (using this link) have the location, usually a living room or other intimate performance space.

As usual, performers are not revealed until the show begins at 8 p.m. Sofar typically books locally, but with good timing, the occasional touring act makes it on the bill — like Minneapolis soul singer Caroline Smith in March or Kentucky’s Buffalo Rodeo in April. If you are not attending this evening but are interested in future shows, keep tabs of the schedule via the Sofar Sounds: Omaha website here.

Elsewhere, sludge rock trio Melvins comes to The Waiting Room. Formed in 1983, Melvins draw on influences like Black Flag, Kiss and Alice Cooper mixed with experimentation and a bizarre sense of humor. The band was at once influencers and benefactors of the grunge era, signing to Atlantic Records for a three-album stint in the mid-1990s after Nirvana achieved mainstream success. Melvins has released more than 20 studio albums, most recently 2014 LP Hold It In. Guadalajara, Mexico, trio Le Butcherettes, fellow Ipecac Records mates, will open the show. Tickets are $17. RSVP here.

For a full listing of this week’s shows, check out our statewide events calendar at hearnebraska.org/events. As always, feel free to email news@hearnebraska.org with shows, story ideas and news tips.