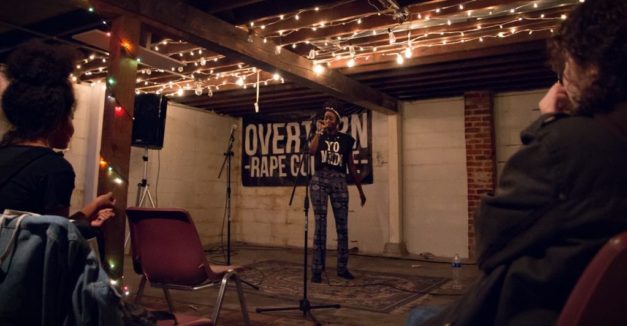 Dominique Morgan delivered a moving speech Saturday afternoon during his performance at the Lincoln’s 50th Anniversary of the Black Panther Party on Saturday Oct.15th at The Commons LNK. Long a community activist, he will accept the Freedom Fighter award from the Omaha NAACP in November, but he was in Lincoln to celebrate the historic date in a celebration organized by allies of the Black Lives Matter movement.

Being a service for the black body and it’s empowerment, The Black Lives Matter and Black Panther movement are relatively similar. Many black Nebraskan artists, business owners and musicians feel they are not being heard, not only when it comes to their art, but in acknowledgment and support from white peers and public authority.

Amid the soft glow of Christmas lights and rows of chairs filled with black artists, residents and their allies, Morgan gave an example of how black artists have struggled to project their voices during the rise of the Black Lives Matter after the murder of Mike Brown.

“I wanted to do a music video for the Black Lives Matter movement, and my record company told me that it would be a waste of time, so I used my own money,” Morgan says. “It was just something that I had to do, and not a matter of if I could.”

Lincoln activists Xende Biradosti and Camille Debose organized the 50th anniversary celebration in full support of the Black Lives Matter movement and in recognition of its forerunners. They curated pro-black art, music, local businesses and poetry, with many white ally members of the music community in attendance. In a nod to the Black Panther’s social support efforts, there were also free, local and organic groceries available for those that attended.

The Black Panther Party for Self Defense was founded by Huey Newton and Bobby Seale in Oakland, Calif. on Oct. 15 1966, to protect black residents from acts of police brutality. Misconstrued by many, including then president Richard Nixon and FBI director J. Edgar Hoover, as a “terrorist organization,” the Black Panther Party was not only a safe haven from the police and poverty, but it had an unconditional love for the people. The movement included a program to provide meals for children in the community and encouraged advancing education and living conditions for people of color.

Smoking her cigarette next to the “Power To All The People” sign in the Commons front window, Debose spoke about her inspiration. As a writer and activist, Debose took cues from Angela Davis’s Freedom Is A Constant Struggle, in which the famous writer expresses her desire for communities all over the country to band together. Debose wanted to create a safe space for the black community and educate people on allyship.

“I think the most important part we neglect to tame is the language that we use, and create the language that make people feel included,” Debose says. “Loving, learning, teaching and working for open communication is the best way to educate people.”

Debose created a partnership for the event with Biradosti. Their friendship grew after Biradosti moved to Lincoln a year and half ago to major in Global Studies at UNO. Biradosti uses her Twitter platform of 14.7K followers to promote women and minority rights. Both approached Amanda Huckins, an organizer for the Commons, in July to use the space for the celebration.

An up-and-coming poet, Rodgers expressed after the event that she would like to become a public speaker outside of her poetry. She is currently developing gentrification-free urban development programs with with In Motion, and spoke of progress for the community and regional planning.

“You can’t change the built environment and expect things to actually change because systematically…it’s doesn’t affect anything,” Rodgers says. “It’s about money. It’s about business.”

Jewel performed her poetry with elements of rap weaving it with background tracks, and she was followed by HAKIM. HAKIM decided to start his session in acapella, and even danced as he performed. 3gypt, newer to the Lincoln music scene, sang and rapped with her natural flow, and gave Jacobi Vann a great window with which to close the show.

There is still a lot of progress to be made with allyship with Nebraska music, and getting more insight from all platforms of the music scene. Trusting and listening the people that create trends as well as entertain within the Midwest only brings us closer to that goal.

HN multimedia intern Lauren Farris was at Slowdown on Saturday as Omaha funk outfit Satchel Grande packed it in for its 10th anniversary. R&B vocalist Rothsteen opened the show. See Farris’s photos below (and watch for live video in the coming days): 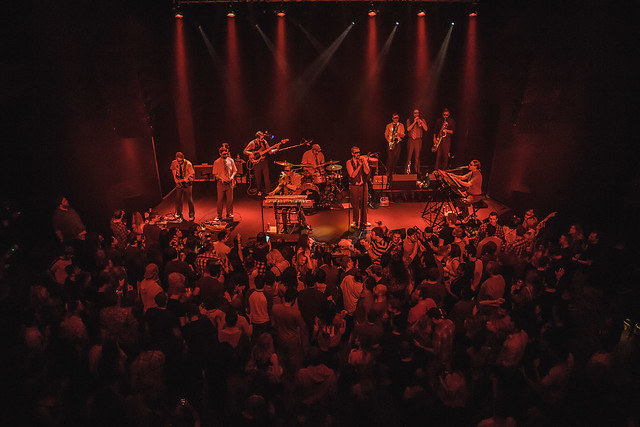 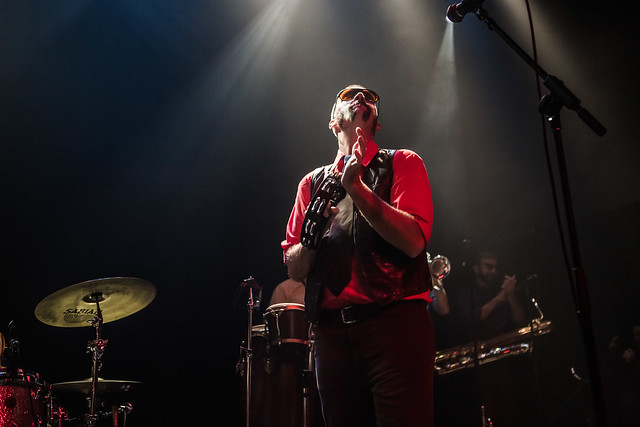 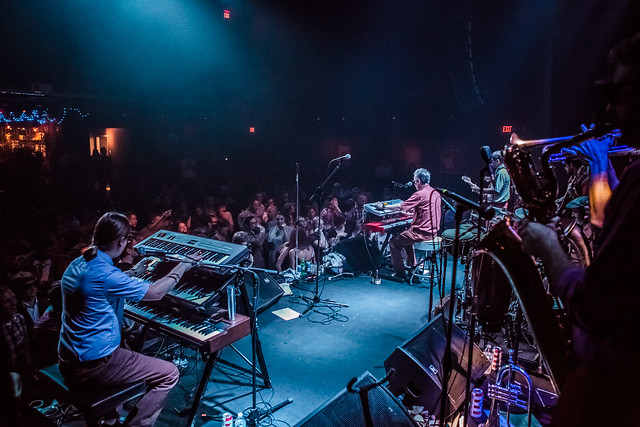 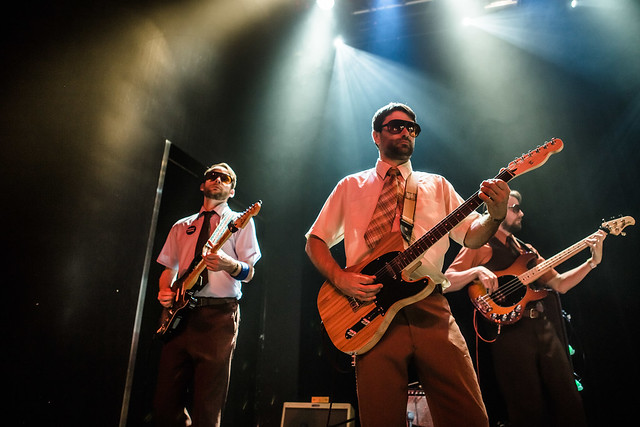 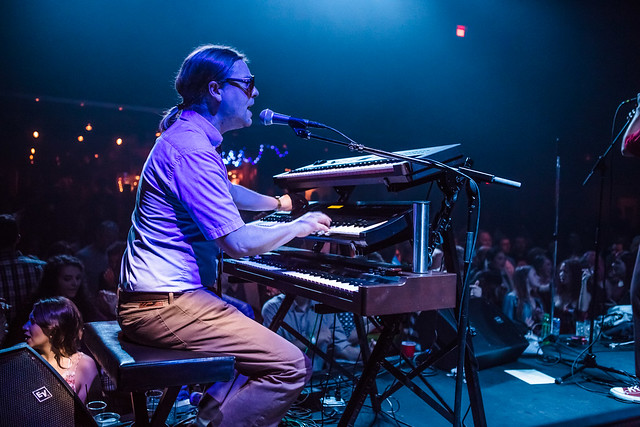 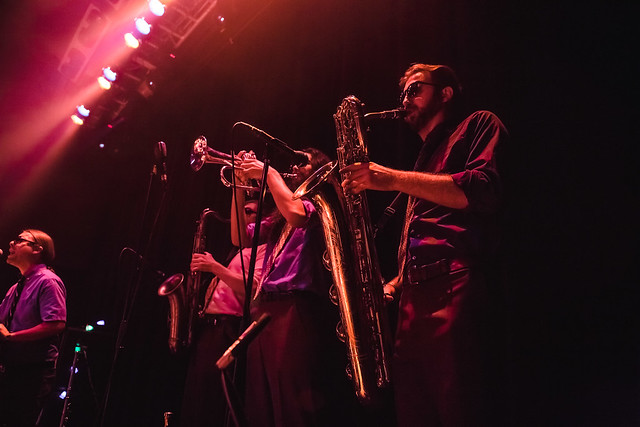 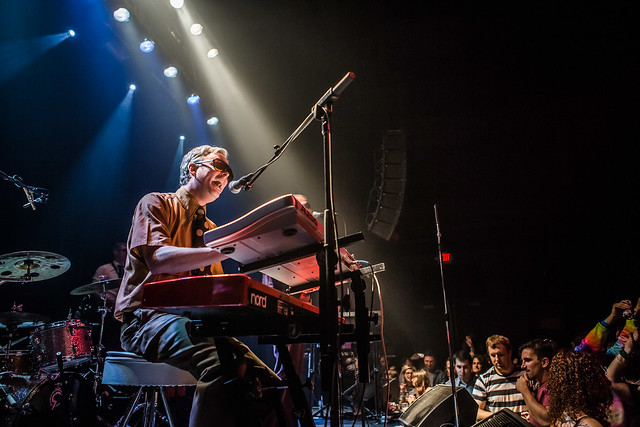 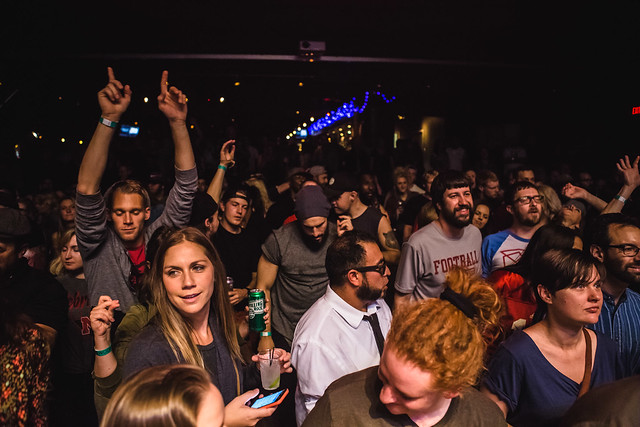 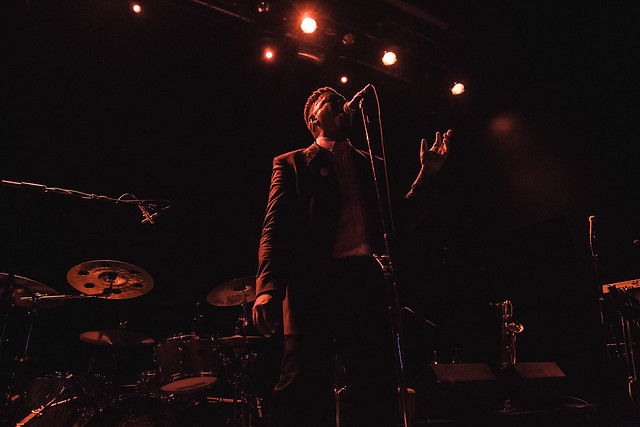 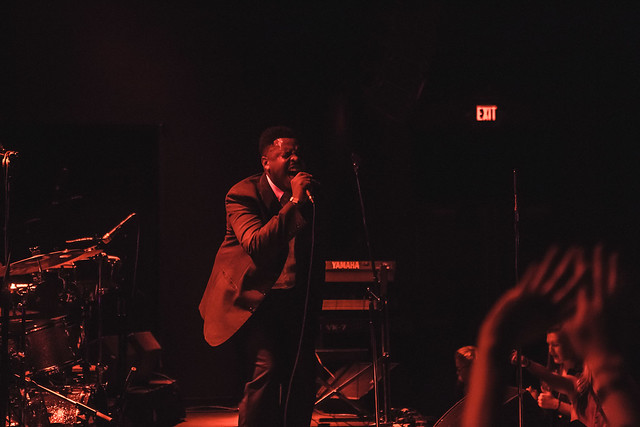 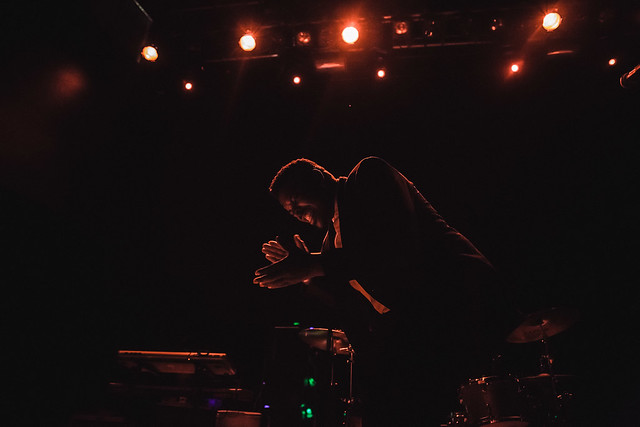 Against the backdrop of a classic R&B backdrop, one could imagine emcee Mark Patrick rolling through the streets of Omaha in his latest single, chopping down competition or just enjoyed the nightlife.

The Omaha rapper and New Generation Music Festival producer has dropped a new single, “Ride All Night.” Produced by Marcey Yates and featuring vocalist Jamire Gray on the chorus, the track is truly a group effort in creating a feel for the city through Patrick’s eyes.

Mark Patrick’s new track previews the Raleigh Science Project’s upcoming LP Pen and Pad, due out by the end of the year. It features production by Yates, Ahpasit, Chad Beaty and Menace.

The rapper performs Friday, Oct 21 at Burke’s Pub as part of the Omaha Entertainment and Arts Award Nominee Showcase. Patrick is nominated for both Best Hip-Hop/Rap and Best New Artist. RSVP to the showcase here.

Listen to “Ride All Night” below:

Tonight, we’ll be joined in-studio by Brendan McGinn and Adam Anderson of Her Flyaway Manner to reflect on the Lincoln prog rock trio’s two-decade run, which it celebrates this Friday at O’Leaver’s (RSVP here). Formed in 1996, Her Flyaway Manner is an ancestor of the kind of progressive punk prevalent in parts of the Lincoln scene. It toured nationally in the early 2000s and have since kept things low-key and closer to home, recently appearing at this year’s Lincoln Calling.

The two-hour show starts at 8 p.m. with original Nebraska music, followed by the interview at 8:30 p.m. and more music thereafter. Tune in to 89.3 FM in Lincoln or stream at kzum.org.

Plan your concert-going week with our statewide calendar here. Musicians: have an upcoming tour, new music or other news to speak of? Send to news@hearnebraska.org.