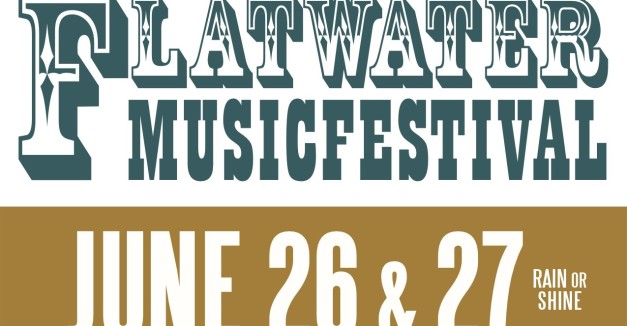 New today, The Mynabirds shared another single from its forthcoming LP Lovers Know.

On the new track, “Wildfire,” Laura Burhenn’s thick, creamy vocals shine over the beachy pop track. It was released earlier today via Consequence of Sound. She sings of life’s fleeting nature, imploring listeners to celebrate to its fullest, to live in the moment and pursue what is most important.

Hear “Wildfire” here, and read a mini-interview with Burhenn.

The ninth annual Flatwater Music Festival starts this weekend at Prairie Life Center in Hastings, and will aim to continue the organization’s tradition of education and community building.

This year, the festival features two nights of some of the state’s best folk and roots acts, as well as a Saturday afternoon slate of creative songwriting and collaborative performance workshops. Food and art vendors will also be on hand, and, in the local spirit, on-tap beers from Nebraska breweries Zipline, Thunderhead and Lucky Bucket.

The festival originated as the “Flatwater Folk Fest” in 2007, organized by local and regional musicians who wanted to highlight acoustic music. In the years since, it has changed its name and continued to grow.

But in keeping with its educational philosophy, Prairie Loft has always offered workshops to festival attendees. Prairie Loft Center — located in a refurbished barn in Hastings — is an organization dedicated to teaching agricultural appreciation, outdoor education and cultural education.

Executive Director Amy Sandeen says that they are one of the most crucial parts of the festival.

“We feel that we can … promote community and help create connections between individuals by providing unique and new shared experiences in these workshops,” Sandeen says.”

Flatwater Music Festival — of which Hear Nebraska is a media partner — begins Friday at 6 p.m. with a bonfire, followed by The Bottle Tops at 7 p.m. Visit the Prairie Loft website here for more information, and view the entire schedule of events below.

Yesterday saw the release of Payola, Desaparecidos’ first record in more than a decade. Tonight, the Conor-Oberst led punk outfit will make their late night television debut on Late Night with Seth Meyers.

Search results for live Desa performances are sparse, and even those videos are fairly rough. So tonight makes for appointment viewing for those yet to experience them in concert.

Late Night with Seth Meyers starts at 11:35 CST on NBC. Other guests include Channing Tatum and Orange Is The New Black’s Laverne Cox.

Earlier in the week, we published our podcast team’s review of the smart, blistering Payola, which can be heard below.

We’d like to give our hearty congratulations to the Omaha Symphony. Its 2014-2015 season has concluded and, as the Omaha World-Herald reports, it was record-setting.

Staff writer Casey Logan writes that close to 69,000 attended symphony programs during the season. There was a total 59,450 paid attendees at 1,369 per night, both record numbers in the time since the symphony began playing at Holland Performing Arts Center.

Read the World-Herald article here for a more detailed look.

Let’s get to the evening’s shows:

Iceland’s Low Roar stops at Vega to play with Lincoln acts La Musa Confusa and Leaves Brown. RSVP here. The indie rock project of Ryan Karazija rose from the ashes of the Audrye Sessions when Karazija moved from Oakland, Calif., to Reykjavík in 2011 and took on a group of local musicians. Its latest LP, 0, dropped in August 2014.