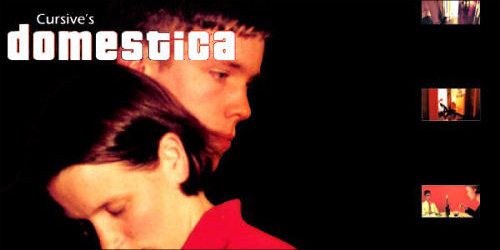 In all its forms, love will waft palpably through the air Saturday at Tic Toc Bar for Covers by Lovers, a Do-It-Ourselves Fest fundraiser organized by founder Margot Erlandson. Covers by Lovers will showcase 22 musicians from 29 different local bands who are coupling up to cover songs they love. RSVP here.

Covers by Lovers will directly benefit Do-It-Ourselves Fest, an event which facilitates a collective community culture through workshops in music, art and learning. Since 2013, DIO Fest has provided spaces for people to learn skills from bike repair to audio engineering, yoga and zine making. It’s a staple of Lincoln’s self-sustainable culture that proves everyone has unique talents and we can all learn something from one another.

Erlandson says Covers by Lovers was inspired by an event she attended on Valentine’s Day in Albuquerque, New Mexico.

“I don’t subscribe to the industrial romance complex so I generally avoid spending money on or for that day,” Erlandson says. “But I thought the concept of the show was great and would work really well here in Lincoln because we have such an eclectic music scene full of real-life people loving each other.”

When Erlandson reached out to the organizer of the original Covers by Lovers, Anna Mall, and asked for permission to borrow the idea, her response was, “Go with it!”

Covers by Lovers will feature real-life musical couples, friends and family members to reinterpret songs of their choice. These musicians include bandmembers from groups like Bien Fang, I Forgot To Love My Father, Jack Hotel, The Morbs, Mildred Bonk, The Root Marm Chicken Farm Jug Band, Bogusman, Razors, and many more.

Erlandson says they are already starting to plan the next DIO Fest along with other, smaller DIO fundraisers like next Sunday’s brunch at Pepe’s Bistro (RSVP here) Proceeds from the brunch will go toward DIO Fest’s recently announced DIY space, a music and art venue based out of an old church on 450 E Street. Erlandson says DIO Fest continues to grow, and that they’re always looking for additional help.

“Anyone interested in teaching a workshop, performing music, or volunteering their time or talents should feel welcome and encouraged to reach out to us,” Erlandson said. “We would love to include you.”

In the same way that love is up for interpretation, so is music. At Covers by Lovers, a garage-punk artist might perform an indie acoustic cover. An acoustic-folk musician may reinterpret an electric pop song. This will be an anything-goes event, so there’s really no telling what to expect other than an eclectic mix of covers from a wide-range of Nebraska music lovers.

“Where else can you get that for $5?” Erlandson said.

To learn more about DIO Fest, visit their Facebook page here or send an email to doitourselvesnebraska@gmail.com.

Following the success of its Saddle Creek debut, Twinsmith has announced plans to record a third studio album in 2016. The Omaha indie band has also announce a string of Spring tour dates, which will be its only run this year as it prepares to write.

Tour will take Twinsmith throughout the Midwest, including dates in Iowa, Minnesota, Missouri and Kansas. The foursome plays at Vega March 26 with Austin, Texas, band Wild Child, and May 20 at Slowdown with Iowa City band Halfloves and Omaha’s Eklectica.

Twinsmith toured extensively in 2015, supporting sophomore release Alligator Years. In all, it hit 75 nationwide shows from February to December. See this year’s dates below:

The album that brought Cursive to prominence is being recognized as one of the greats.

Rolling Stone ranked Domestica number 25 on its list of Top-40 emo albums of all time. Cursive’s third full-length is included among the likes of Brand New, Taking Back Sunday, At The Drive-In, Saves The Day and first-ranked Sunny Day Real Estate.

Though its follow up, The Ugly Organ, undoubtedly gets more attention as critically acclaimed, Domestica essentially launched Cursive’s career, maintaining cult status as one of the band’s best. It’s also Tim Kasher at his most vitriolic, a concept album about divorce written in the midst of the songwriter’s own.

See the entire list here (I take personal issue with Say Anything’s …Is A Real Boy being included at all, let alone its rank above Domestica, but that’s for another day). 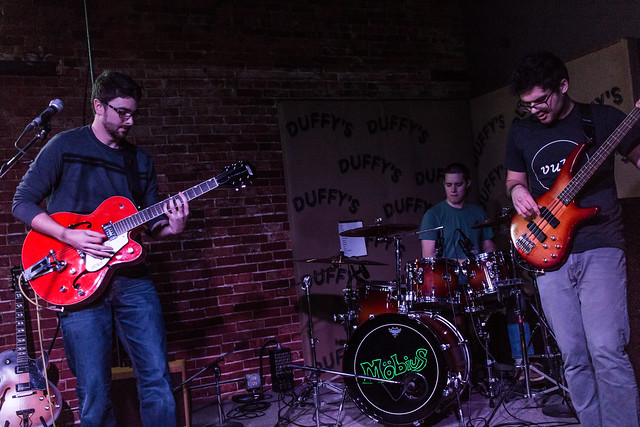 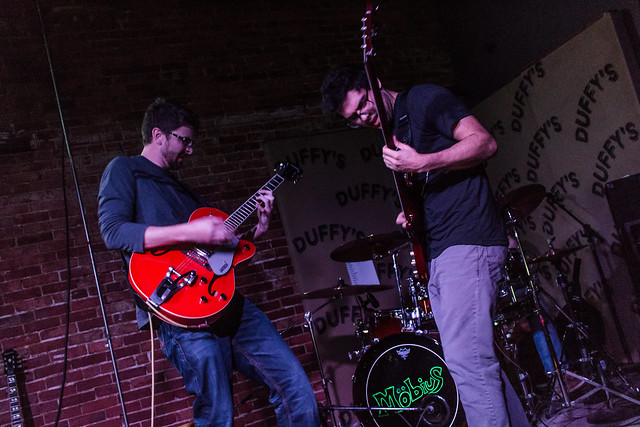 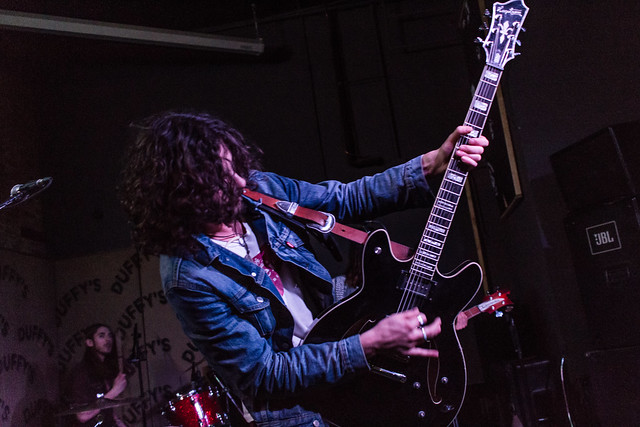 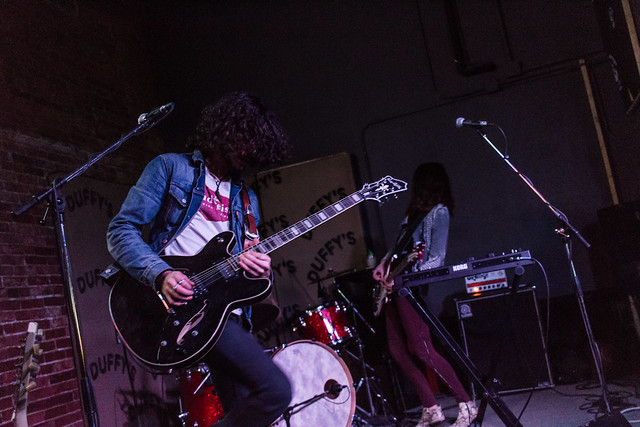 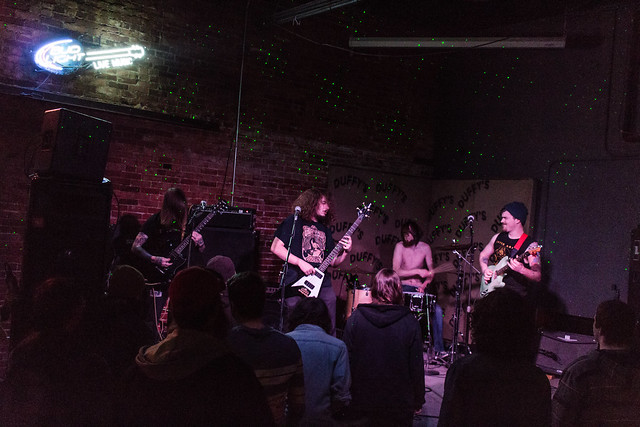 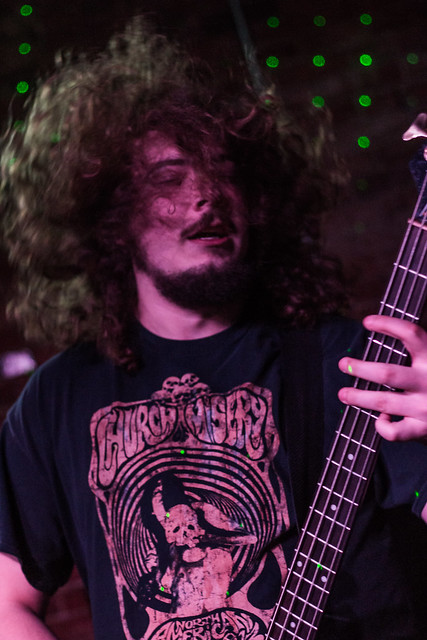 Tonight [edit: tomorrow night, March 4], Zoo Bar hosts a stout metal lineup of Lincoln’s Manslaughter and Ezra and Omaha’s Borealis. Manslaughter was highly active from 2004-2008, releasing full-length album Torture Garden Picture Company in 2007. It returns now with a more melodic sound, with lyrics trending more towards science fiction that the violent imagery it used to work with. Borealis is a three-piece old school death metal band comprising Billy Liebermann, Alex Kinnerk (both members of Omaha hardcore band Bib) and Jake Dunwoody. They plan to release new material by the end of the year. RSVP to the show here.

Also tonight, Foxing comes to Slowdown for the first show of its headlining tour. The St. Louis-based band released its sophomore LP Dealer in October, and it was rated second on AbsolutePunks’s top albums of 2015. It explores the residual guilt, pain, loss and the difficulty of lead singer Josh Coll’s tour in the military. Rounding out the bill are Brooklyn-based Lymbyc Systym, Maine’s Tancred (which has an album, Out Of The Garden, dropping April 1 on Polyvinyl Records) and North Carolina indie rock band Adjy. RSVP here.

Head to our statewide calendar at hearnebraska.org/events for a fuller listing of shows. And keep those news tips, story ideas and song submissions coming via email to news@hearnebraska.org