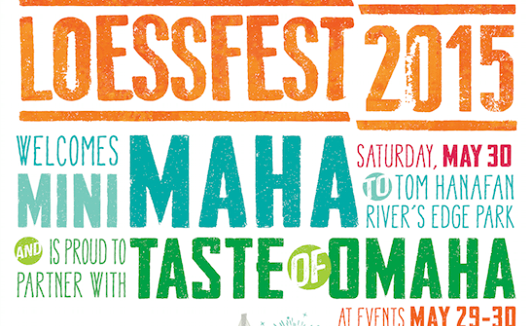 On Saturday, May 30, the music festival will host MiniMaha during Loessfest 2015 at Tom Hanafan River’s Edge Park in Council Bluffs. The free concert, that closes the week of cultural events, features Maha alum Ben Kweller, California’s The Dodos and Lincoln’s Oketo.

In its third year, Loessfest features theatrical performances, food trucks, music, movies and more. This year, the ‘70 prog-pop band Chicago kicks off the festival. See the full schedule of events here. The festival has drawn tens of thousands of people each year.

It’s awesome to see Maha growing outside of its showcases and one-day festival. Maybe, as surely some people will be hoping, MiniMaha will be a trial run for making the festival two days.

In other Maha news, tickets went on sale this week. Get yours here. The lineup will be announced Sunday night at O’Leaver’s. RSVP here.

Omaha made it onto a list that doesn’t have anything to do with railroads or banking. You might even call it an arts list, in fact.

The real estate company Redfin and the location-based social app Foursquare teamed up to compile “The Top 10 Cities Keeping Vinyl Music Alive,” and Omaha ranked number four. That’s just above Milwaukee and just below Las Vegas. Portland, Ore. took the number one spot and Austin rounds out tenth place. The ranking was determined by amount of record stores per capita.

Each entry on the list asks one Redfin agent in each city to talk about the highest-rated record store on Foursquare. In Omaha’s case, that’s Homer’s. Travis Thomas has this to say:

“Homer’s is beloved around here, and if that’s where people go to buy music, they go to The Slowdown to see it. Cafe by day, bar by night, it was started by Saddle Creek Records, located next door, and it’s become the preeminent local music venue. Of course, you can’t talk about Omaha music without mentioning 311, who formed and paid their dues here before they made it nationally.”

Which reads like a quick gloss of the Music of Omaha Wikipedia entry rephrased. And don’t tell anyone, but according to the list, the ZIP code with the most record stores is actually in Council Bluffs, according to the blog.

Apparently someone in Austin wasn’t happy about their city’s low ranking. A writer at Austin360 (and presumably at least one editor) was dismayed that the so-called “live music capital of the world” should rank below a city that isn’t even the live music county seat of the world.

Deborah Sengupta Stith writes, “While our stock response to these sorts of lists is a massive eye roll, it is somewhat surprising to find our little music mecca only ranking #10, below Las Vegas, Madison and Omaha. Really? Omaha?”

But in case you’re worried, Stith did go on to find solace: “It makes more sense when you recognize the results were calculated by per capita, putting cities that have more people than, say, cows at a distinct disadvantage.”

Get it? ‘Cuz cows are from Nebraska and its flat and boring and do you guys even have Uber there I wouldn’t know because I don’t even like to think about cities with fewer than 800 thousand people.

But the worn-out, cliched jab makes more sense when you realize bloggers are on tight deadlines to say something, anything, insightful or entertaining about half-baked lists.

Anyway, Austin, you’re cool by me. I had fun at SXSW. And Deborah, if you ever find yourself in Nebraska, hit us up and we’ll go record shopping.

Tonight, support Omaha Girls Rock at Slowdown for a benefit show with Lot Walks, Pancho and The Contraband and Bach Mai. The week-long day camp empowers young women through teaching them music. Campers form bands and write songs. At the end of each camp, they perform those songs at a showcase, held at places like Slowdown and The Waiting Room. Find more info on the camp here and read about our day at the 2014 camp here.

The show is $8. RSVP here. Additionally, if you’re in Omaha and shopping at Whole Foods, the supermarket will donate ten cents for every reusable bag you bring in to Omaha Girls Rock between now and July 5. 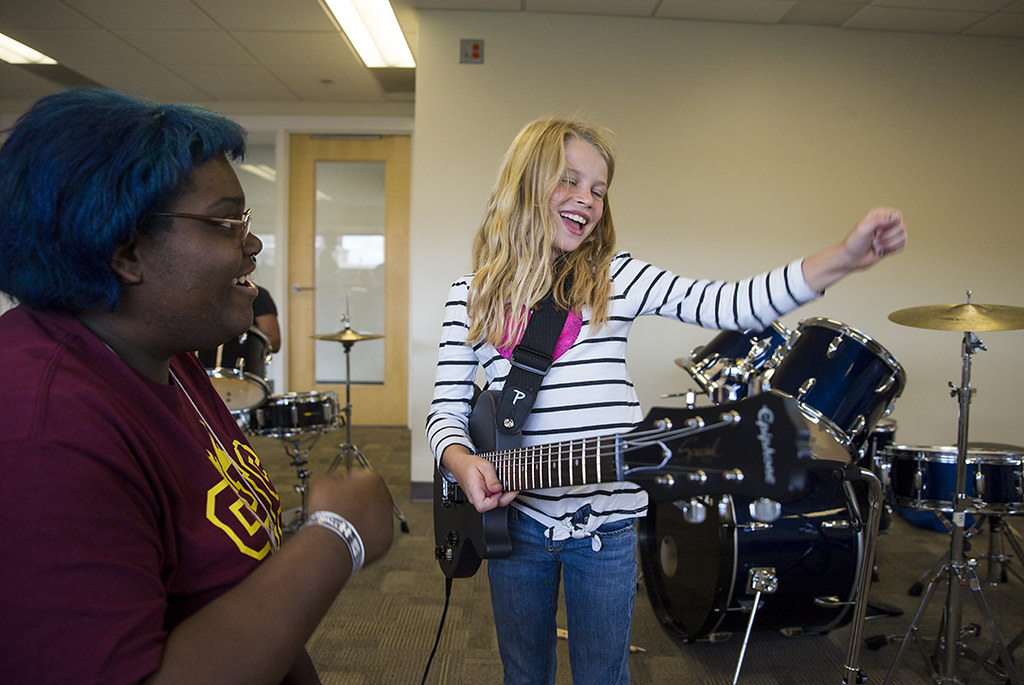