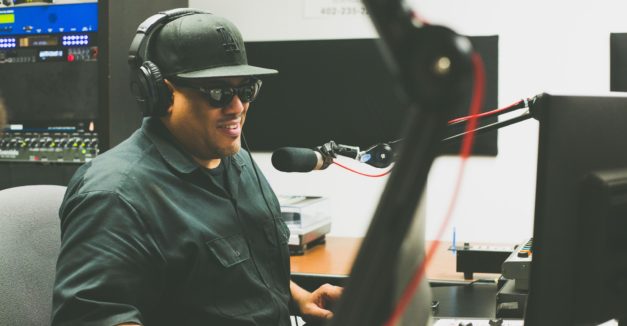 It took about four years to turn the concept behind Mind & Soul Radio, KXNB 101.3 FM into reality. The station, which features music by black artists, is part of community radio, meaning it supports and gives a voice to individuals and organizations who normally wouldn’t have a voice in the community.

“Conscious music is more about speaking on important issues in the community, ‘staying woke’ like the young people say,” Paul B. Allen IV, program director of 101.3 FM, said. “Conscious music is generally created with the idea (of) up-building the black community.”

In its first broadcasts, the radio station played classic hip hop, R&B, jazz, gospel and talk. Allen says since then the idea has morphed into presenting all forms of positive black music, from funk, to black rock, to jazz fusion, to electronic soul. 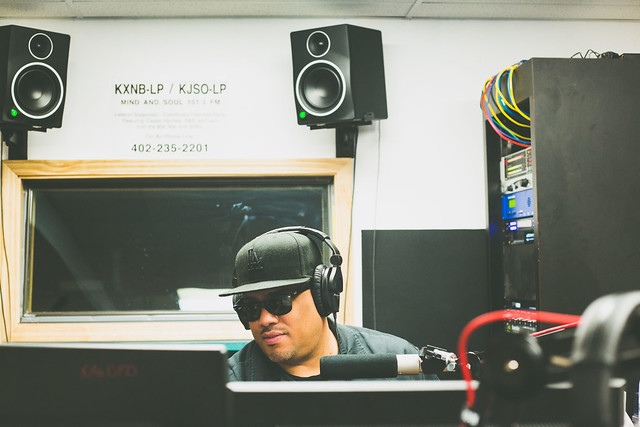 Carlos Carr, a board member at the Malcolm X Memorial Foundation (MX Foundation), became the driving force behind the station’s creation. He got the idea when local community activist Jack Dunn told him about the Local Community Radio Act signed into law by President Obama in 2010. The law eliminates any unnecessary restrictions that may keep smaller stations off of the air.

He called for a community meeting, filed for a station with the Federal Communications Commission (FCC) and was granted for a construction permit in January of 2015.

“We wanted to… create broadcasting unique to the North Omaha Community,” Carr said. “Media used to be the fourth branch of government by informing the public of what is going on in the government but today’s media seems to be an extension of government rather than a watchdog to keep the public informed.”

As a community station, Mind & Soul is powered by community sponsorship while partnering with local nonprofit organizations. It is unbound by commercial, corporate or political entities meaning that the station can say what it wants, allowing for more honest messages. This image matched the MX Foundation’s mission to educate the surrounding community for the benefit of Omaha as a whole.

Carr said that the station has identified four areas of need that they plan to broadcast and discuss on the station. They are: health and wellness, economic development and job creation, culture and community awareness and educational programs.

“Being able to play music that educates and up-builds means spiritual health to a community thirsty for more than what’s being offered these days,” Allen said. “(It’s) a way to help create an opportunity for the community to not only have a voice, but to learn how to produce that voice through the apparatus of media.” 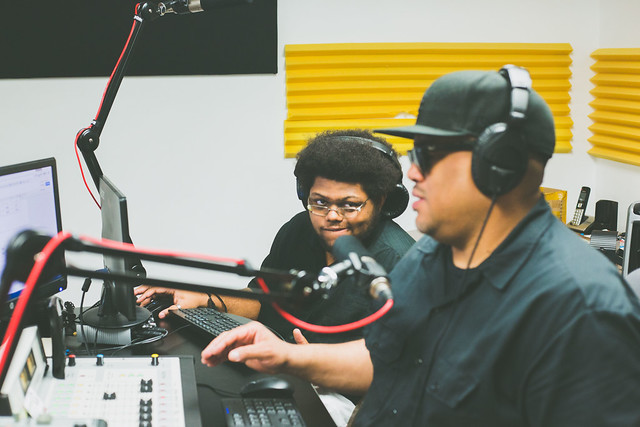 During the four years of conceptualizing, the station developed a partnership between the MX Foundation and the Love’s Jazz and Art Center, both Omaha nonprofits. The MX Foundation was established to educate through Malcolm X’s legacy by maintaining his leadership and strive for social justice. The Love Jazz and Art Center promotes, preserves and presents African American art and jazz.

It was through this partnership that the name “Mind & Soul” was born. The MX Foundation’s mission is to educate the mind, and the mission of Love’s Jazz and Art Center is to heal the soul through art, music and history.

“I really believe this [morphology] to be because of the mission that is implied by the term ‘Mind and Soul’ seeping into our consciousness.” Allen said. “Community radio actually brings the community together to have the important discussions that usually get left out.” 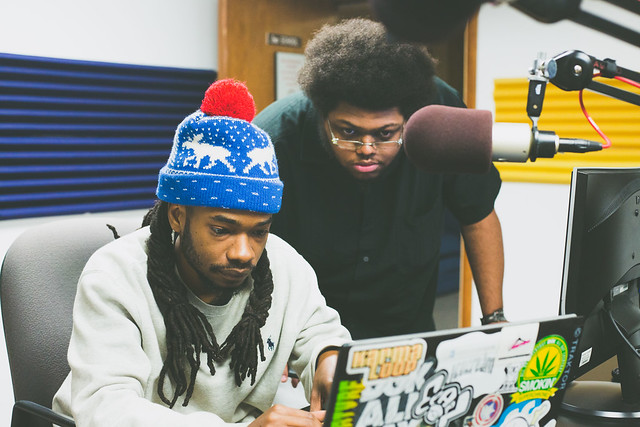 Programmer Mark McGaugh a.k.a Buddi3 the Gawd, left, and McTizic

Located in the Malcolm X Center at 34th and Evans Streets in Benson, the programming is aimed at north Omaha. According to Allen, the listening numbers are growing exponentially every week and the feedback has been mostly positive. He says that people seem to love that 101.3 FM pushes the local artist scene, and that they love that they can hear Run DMC and The Gap Band on the radio.

Allen says currently plans are to boost the station range, implement streaming video elements and a Youtube channel. In the far future, they would like to coordinate with other stations and build towards more radio and even television companies in hopes of following in the footsteps of Kathy Hughes. Hughes is Omaha’s own creator and owner of Radio One network, a radio station which now — with its subsidiaries — is the largest African-American owned and targeted  multi-media company in the United States.

These are large shoes to fill, but Allen believes they are working well in that direction.

“I love community radio because it’s like proof of the diversity we know is all around us,” Allen said. “I could go on and on about the value of being able to finally voice important things that you will never hear in mainstream media. The freedom to talk to the surrounding community about what we think is important is the biggest value.”

The Ross Theater hosted a showing of the documentary film I Am Not Your Negro and panel discussion Saturday night. The event was born out of conversations led by First Baptist Church pastor Harry Riggs among Lincoln-wide clergy about race relations.

Lincoln musician Crystal Davy was in the room for that first meeting, as reported by the Lincoln Journal Star. Her band – The Yes, Ands — had been working on a song that dealt with the same topic. To coincide with the panel discussion, the band partnered with filmmakers Wyn Wiley and Jordan Riggs (the pastor’s son) to put visuals to their concept.

The result, debuted at the sold-out film showing and panel, is the new video for “I’m Not Fine,” which The Yes, Ands have shared with Hear Nebraska. Filmed mostly on Martin Luther King Day this year, the video weaves Lincoln people and families with scenes of racial unrest, echoing the song’s message that separation only harms, that we are not whole without each other.

The Yes, Ands — comprising Davy, guitarist Zach Davy, bassist Andrew McGill and drummer Joseph Heider — formed roughly a year ago. When the foursome embarked on this project, Crystal says, they decided as a band to include artists of color at every stage, which led them to Riggs and to Lincoln vocalist Mona Reeves. Reeves provides a powerful foil in the final third of the soulful, uplifting track.

Watch “I’m Not Fine” below, and purchase the track via iTunes (all proceeds benefit My Brother’s Keeper).

See Through Dresses’ long-awaited sophomore album is now in sight.

The Omaha indie rock band has announced Horse of the Other World will release June 30 on Tiny Engines. It is the band’s second release on the Carolina punk/indie rock label, after its End Of Days EP dropped in October 2015.

The announcement bills Horse as the band’s “dreamy opus” and hints at a sonic shift. A glance at the tracklist reveals at least one familiar live song in “Lucy’s Arm.” Find it here.

See Through Dresses heads out on on tour with Charly Bliss in late April, playing May 1 at Reverb Lounge and May 3 in Lincoln (with Sweats and Death Cow). RSVP here and here.

The Maha speculations ends tonight as the festival reveals its 2017 lineup via video at a Reverb Lounge party. There will be karaoke and drink specials. Last minute guesses? Leave them in the comments. RSVP here.