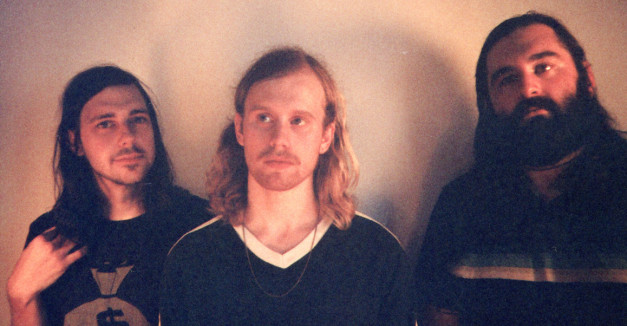 Josh Hoyer and the Shadowboxers has a couple watermarks by which to measure its national success.

The Lincoln soul band announced over the weekend that its fall release, Living By the Minute, cracked the top 100 of Americana Music Association’s Americana Terrestrial Radio Chart. After seven weeks of radio play, the album sits at number 98. Speaking perhaps of Hoyer’s younger audience, Living By the Minute sits a bit higher (at #85) on the association’s online radio chat.

From Living By The Minute, the feel-good romp “Let It Out” is featured on our forthcoming vinyl compilation, Hear Nebraska Vol. 3. The Kickstarter for the comp passed 50 percent funded over the weekend. Preorder your copy here.

The song will appear on the forthcoming EP Bring Your Patience.

“Coda” draws equally from pop emo and melodic hardcore. The song flourishes with subtle, yet bright, string arrangements. Check out the video by Obscure Diamond Productions below.

The mixtape includes the remix of The Faint’s “Animal Needs,” tracks from Clouds, Haus Arfana and Gessaffelstein. Plack Blague also remixes tracks by artists as experimental and boundary-pushing as himself, including Gnawed.

Tonight at Slowdown, The Sidekicks, Cayetana and Super Ghost play the frontroom for $10. RSVP here. The Sidekicks is fronted by Steve Ciolek, who also plays in Saintseneca. In January, the garage band released Runners in the Nerved World on Epitaph.

On Hear Nebraska FM tonight, we’ve got Mesonjixx (a.k.a. Mary Lawson) and her live band of Kekeli Dawes, Myles Jasnowski and Josh Barger for an in-studio performance. Hear Nebraska FM airs from 8-10 p.m. on 89.3 FM in Lincoln and kzum.org worldwide. They’ll be our first live guest in some weeks, so tune in. James Maakestad (McCarthy Trenching, Gus & Call) joins us on the program next week.

Monday also means a fresh HN Radio playlist streaming at the top of every HearNebraska.org page. This week’s offering kicks off with Big Harp’s new single, “It’s A Shame.” If you stick around until the end, you can hear our interview with Mannheim Steamroller founder Chip Davis. Or check out that story here.