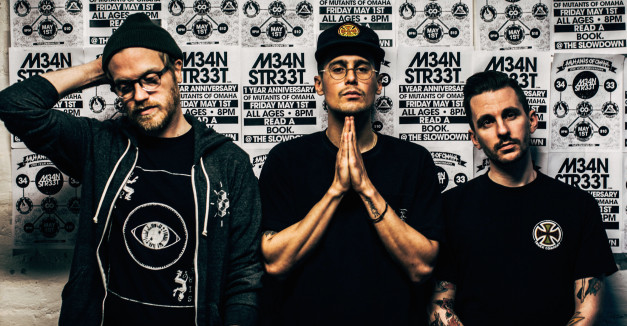 Nothing confirms the importance of an event like a FaceTime call from Scottie Pippen, asking for his spot on the guest list. Of course, M34n Str33t obliges.

In the Omaha hip-hop trio’s promotional video for its Friday show — commemorating one year since its debut album, Mutants of Omaha — a three-eyed caricature of the Chicago Bulls forward drops in on the group during practice via video chat. See their ensuing exchange in the clip below:

M34n Str33t has busted tail all week promoting the anniversary celebration, each day  releasing remixes of tracks from the album by other Nebraska producers. Darren Keen, DFM and Downtown James Brown have all contributed tracks, which you can hear via the group’s Soundcloud.

“I gave anyone that wanted to put their spin on a M34n Str33t track the audio stems and basically said, ‘No boundaries or rules, make something tight,’” says producer Adam Haug aka Haunted Gauntlet via email. Yesterday, they added a Red-Beard remix of “KIDS B34T”, a track originally featured on Mutants of Omaha:

Haug says that he hopes to continue putting out remixes as an ongoing venture, well beyond the four that they have released for Friday’s show.

“I definitely love that there are some beat makers out here that we have become friends with that want to work with the music from our album and get creative,” Haug says.

The group says it also plans to debut a few new tracks on Friday against a backdrop of some fresh visuals. Supporting M34n Str33t are Omaha’s Calm Fur, rock quartet Timecat and producer INFTLP. The all-ages show starts at 9 p.m. and admission is $10. RSVP here.

Calm Fur posted a promo of its own for the show, in which they drink the (figurative) blood of Conny Franko, aka Conchance, in preparation:

After a busy start to the year that included an album announcement and a SXSW appearance, Icky Blossoms are back out on tour, accompanied by Omaha producer Kethro.

Their month-long trip, which includes a handful of dates supporting of Montreal, will take them down the East Coast through the month of May. Their next local show is June 2 at the No Coast Music Festival in Council Bluffs. Dates are listed below:

Apr-30, Wilmington, DE at World Cafe Live
May-01, Brooklyn, NY at Cameo Gallery
May-02, New York, NY at The Studio at Webster Hall
May-03, Baltimore, MD at Ottobar
May-04, Lancaster, PA at Chameleon Club
May-05, Pittsburgh, PA at Mr. Small’s Theatre
May-06, Cincinnati, OH at The Woodward Theater
May-07, St. Louis, MO at Ready Room
May-08, Birmingham, AL at Zydeco
May-13, Athens, GA at Georgia Theatre Rooftop
May-14, Atlanta, GA at The Masquerade
May-15, Columbia, SC at Music Farm
May-16, Asheville, NC at The Mothlight
May-17, Knoxville, TN at The Concourse (at The International)

Icky Blossoms will release its new album, Mask, on May 12 on Saddle Creek Records, followed by a vinyl release May 25. The Omaha band has already premiered two tracks from the album, including “In Folds” via Stereogum and “Living In Fiction” via Fader. 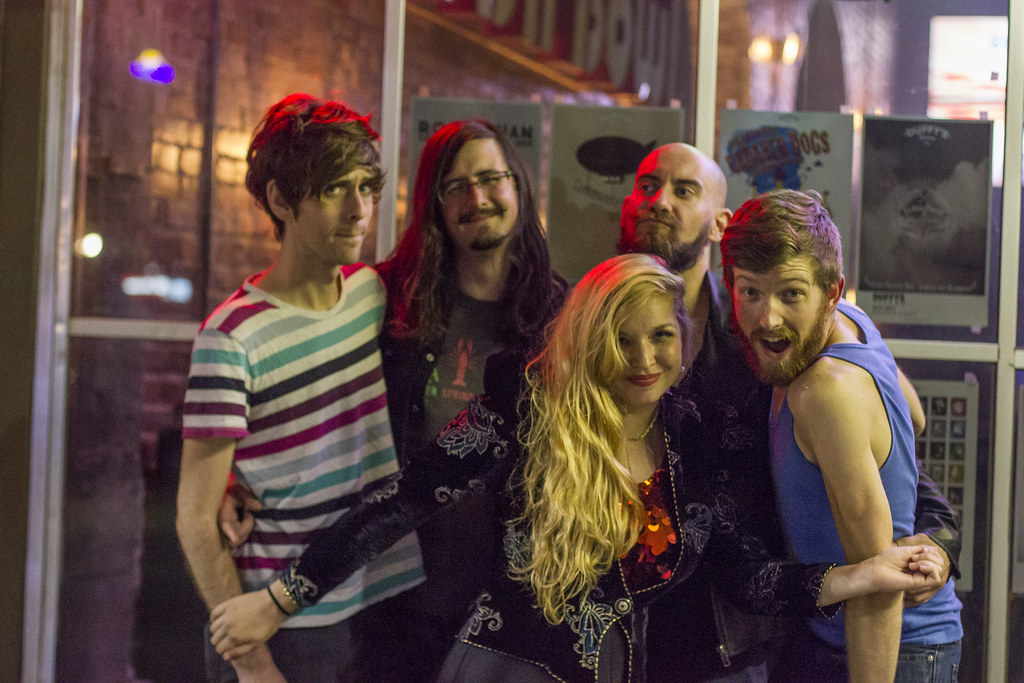 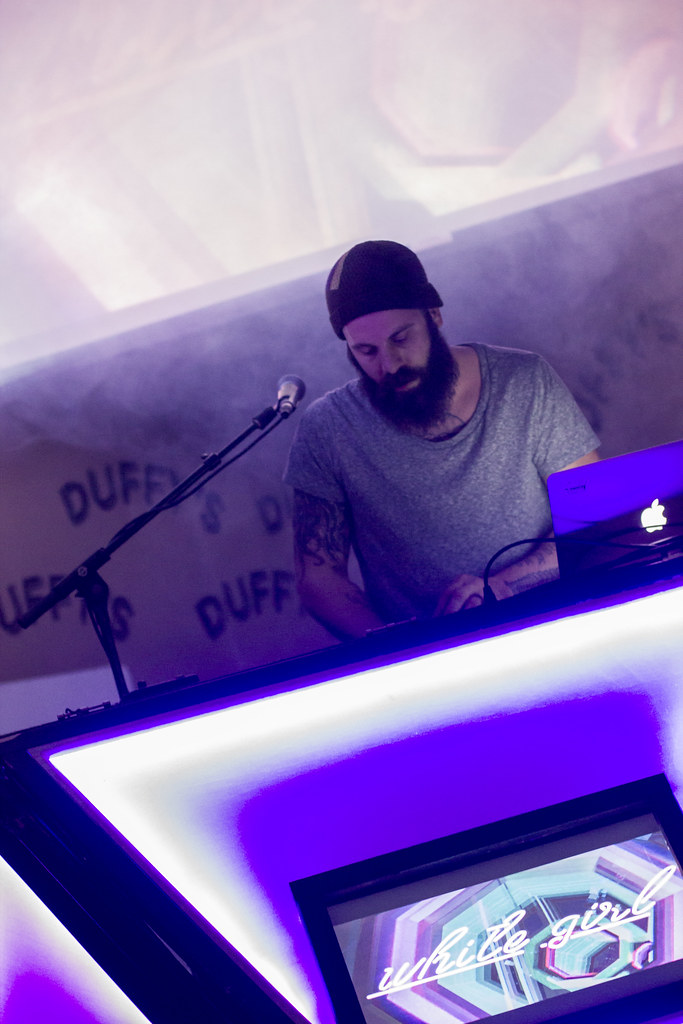 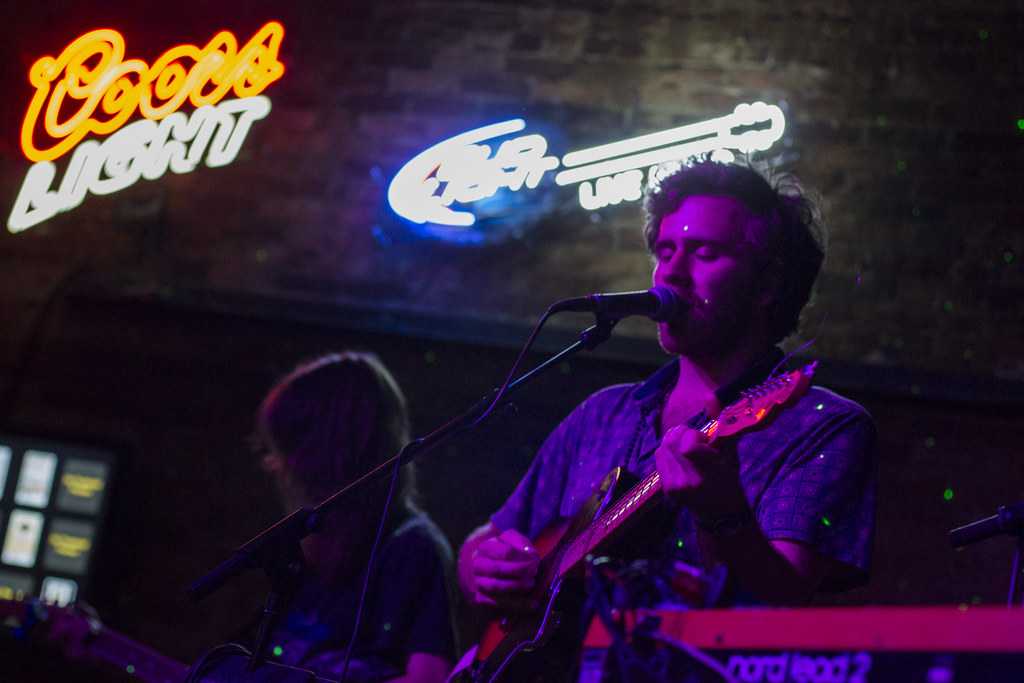 As a quick reminder, applications for Hear Nebraska summer internships are due tomorrow, May 1. We aim to bring on at least one multimedia intern and one editorial intern in both Omaha and Lincoln shortly thereafter. Interns will be on the ground floor to help promote Nebraska music, and have the opportunity to produce creative, self-guided projects like this one:

Visit the internships page here for more information and to submit and application.

Shows abound this lovely spring Thursday in both Omaha and Lincoln.

Notably, Oquoa finishes its three-week residency at O’Leavers tonight with Miniature Horse and James Maakestad. Oquoa has been playing a few new songs and the shows have been well attended. The show starts at 9 p.m. and entry is $5. RSVP here.

In Lincoln, the Sheldon Spring Performance Series continues inside the gallery tonight with and eclectic lineup featuring Jacoby, I Forgot To Love My Father, Mesonjixx and Churls. The show starts at 6 p.m. and is free and open to the public. RSVP here.

Visit our events calendar for a full listing. If you don’t see your event or one that you plan to attend, email us at news@hearnebraska.org, or feel free to add it yourself using the “Contribute” button on HN’s homepage.