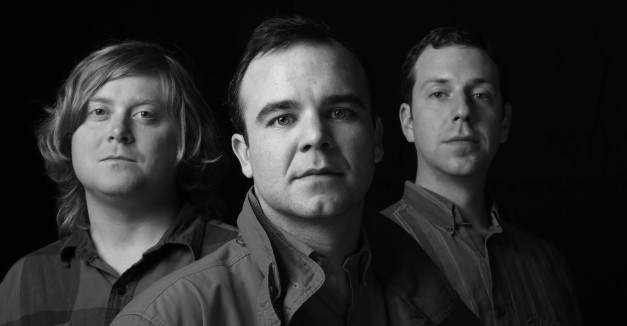 Checked out the Omaha Entertainment and Arts Awards (OEAA) showcase Saturday night in Benson. This year’s selection of bands were mostly unknown to me, especially Friday night’s lineup. Saturday was more of the same, though there were a few notables on the list, including Matt Cox, The Big Deep (who played their farewell set before they go on hiatus), Brad Hoshaw, John Klemmensen, Travelling Mercies, etc.

One problem with these kinds of multi-venue showcases/festivals involves sobriety. The schedule demands you move from bar to bar to see various bands, and at every bar, one feels beholden to order a beer. By three bands you’ve had three beers (in my case, more, having had a couple at 1912 prior to the first band). I had to cut myself off or else I wouldn’t be able to ride my bike home (Needless to say, I was sobered up by the time I hit the streets).

I think it’s high time that Benson be declared its own drinking district, with its own set of rules that allows for people to carry beers from bar to bar, just like in New Orleans. Problem solved.

These kinds of festivals are a lot of fun even if you don’t know or like the bands playing. In this case, there was plenty to like. Hoshaw with sideman Matt Whipkey at The Barley Street was the usual stellar performance. Adding even more depth to the set was pianist Vern Ferguson on the bar’s old upright. Teresa kept asking why Hoshaw hasn’t blown up beyond Nebraska. It’s a riddle wrapped in an enigma whose answer also (probably) applies to hundreds of other talented artists that never get discovered outside their burgs.

The Big Deep’s last waltz was admirable. Here’s to the band members’ futures, wherever they may be.

But the big surprise of the evening was 24 Hour Cardlock. Don’t be dissuaded by the band’s lousy name (as I have been). The four-piece plays a style of “trucker” music that’s a combination Silver Jews, Charlie Daniels (sans fiddle) and Commander Cody and his Lost Planet Airmen (Hot Rod Lincoln). Their songs are road stories sung by a guy who’s seen it all. In fact, the band apparently has been around for more than 20 years, with both an American and Canadian line-up.

Among the American line-up that played at Burke’s Pub Saturday night was bassist Marc Phillips, formerly of Carsinogents (among others). The rest of the band also was in the band that played before them, The Ronny’s, wherein 24′s frontman played bass. It’s all quite confusing. That said, they’re worth checking out the next time they play at one of the usual Benson haunts.

As for that name, well, no one could tell me what 24 Hour Cardlock means, though a quick Google search unearthed connections to 24-hour filling stations frequented by truckers. The name ranks right up there with 3 Day Meat Sale. At least you won’t forget it.

A suggestion for future OEAA showcases: On the last night, past year’s winners should be featured on one of the stages. It was odd to see Matt Whipkey’s only performance was as the guitarist for Brad Hoshaw when he currently holds the “Artist of the Year” title belt. John Klemmensen and the Party did get the big-stage treatment at The Waiting Room, but I’d already left for the night by the time he hit the stage. Other than John and Matt, I don’t know who else won awards last year. Having the primary winners on stage would place a nice bow on the honor.

Pageturners have The Burkum Boys tonight with Minneapolis C&W band The Cactus Blossoms. Good way to start off your week. Starts at 9 and it’s free.

And this Thursday is that Future Islands show at The Waiting Room. The date just seems to have snuck up on me. I bought my tickets way back when they went on sale, figuring this one would sell out. Well, it hasn’t. Tix are available for $15 here. Here’s hoping more people show up this time than the last time they came through The Waiting Room.