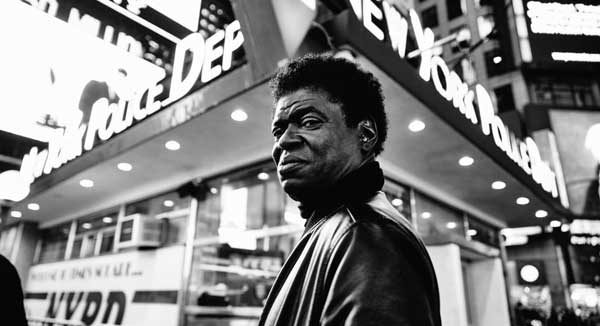 In the 12 years since its founding, Lincoln Calling has featured emerging artists such as Future Islands, Tilly and the Wall, Hood Internet, Those Darlins, Boy and Sea Wolf. This year marks the first in Lincoln Calling’s 13 year history with Hear Nebraska as organizer. As promised, this year’s lineup features more regional and national touring acts, mixed with well-known Nebraska artists like Simon Joyner, See Through Dresses, Conny Franko, Plack Blague and a reunion by Neva Dinova. See the full announcement in the graphic below.

Early bird tickets to the festival sold out in a mere 34 hours. General admission three-day passes are now available for $49. The festival also offers specialty passes, which range from $150-$250. Find more information and purchase tickets here.

Charles Bradley has made a name for himself as a riveting live performer and was named to the top spot on Paste Magazine’s Best Live Acts of 2015.  He has taken his show to venues and festivals across the globe including Coachella, Glastonbury Festival and Primavera Sound.  The Brooklyn-based 67-year old will release his third album Changes on April 1 via Daptone Records, which Rolling Stone calls one of the “Most Anticipated Albums of 2016.” The remarkable against-all-odds rise of Charles Bradley since the release of his 2011 debut album No Time For Dreaming has been well documented.  He transcended a bleak life on the streets and struggled through a series of ill-fitting jobs before finally being discovered by Daptone’s Gabriel Roth. The year following the release of No Time For Dreaming was one triumph after another including a breakthrough performance at SXSW, several television performances and having the album named to many year end “best of” lists. The soul singer’s ascent continued with the 2013 release of his triumphant second album Victim of Love, which saw Bradley emerging from his past heartaches stronger and more confident, overflowing with love to share.

Cloud Nothings was founded in a Cleveland basement, the one-man recording project of Dylan Baldi, an unassuming, then 18-year-old student of song with a breathtaking ear for melody. In 2010, Carpark unveiled Turning On, a retrospective introduction that combined early 7″ singles and the full-length debut (a limited release on cassette and vinyl) from which it took its name. The following year, Cloud Nothings made its proper Carpark debut with a thrilling self-titled LP that found Baldi in a studio for the first time, shedding the many layers of hiss and distortion that had once obscured (or enhanced) his every sugary hook. What followed was an unexpected breakthrough, 2012’s Attack on Memory, an album that very loudly (with the help of producer Steve Albini) announced the arrival of Cloud Nothings as the sound of more than just Baldi: Caustic and gargantuan, it marked the first time our young hero wrote with and for his longtime touring band, drummer Jayson Gerycz, bassist TJ Duke and since departed guitarist Joe Boyer. Touring intensified, rock critics slobbered, and the ceiling was raised considerably. Enter yet another first: the highly-anticipated follow-up. Here and Nowhere Else is the sound of Baldi further realizing his potential not just as a collaborative bandleader but a singer as well. The sometimes frightening interplay that galvanized its predecessor is refined here, Baldi’s cyclonic guitar parts and Gerycz’s seismic drumwork more tightly clenched and nuanced than they’ve ever been before. It’s an album every bit as ferocious as what we’ve recently come to expect — only smarter.

Atlas, the new album by New Jersey’s Real Estate is a triumph of highly evocative, perceptive songwriting and graceful, precise musicianship, Atlas carefully refines, and ultimately perfects, the brilliantly distinct artistic vision that made its predecessors Days and Real Estate so beloved. The most collaborative Real Estate record to date, Atlas was written by Martin Courtney, Matt Mondanile, Alex Bleeker and Jackson Pollis while cruising through the Arizona desert and during a presser in Madrid, in a practice room in Greenpoint, Brooklyn and in an attic in the band’s hometown of Ridgewood, New Jersey. It was recorded in the summer of 2013 in Chicago with Tom Shick (Sean Lennon, Low, Cibo Matto) at Wilco’s loft studio where new member Matt Kallman (formerly of Girls) joined the fold on keyboards. Over the course of five years of collaboration and friendship Courtney, Matt Mondanile and Alex Bleeker have honed a masterfully focused aesthetic feel and unique sense of atmosphere in their work, a kind of subtle American impressionism that belies their relatively small discography. Theirs is a subtly inimitable sound that achieves a unique timelessness in its assured identity.

We were sorry to learn of the tragic passing of Anna Jane Abbott, vocalist of Omaha blues band Dilemma, last week. New Generation Music Festival, the first-year festival in which Dilemma was included, has announced it will honor her and support her family.

New Generation is throwing a free showcase Thursday, July 21 at The Waiting Room, where it will accept donations on behalf of the Abbott family to help pay medical and funeral expenses. Festival organizers also told HN that a portion of the Aug. 5 main event ticket sales will benefit the Abbott family’s GoFundMe campaign.

“We are extremely heartbroken over the passing of Anna,” festival organizers said in a statement to HN. “She was a rising star and extremely talented. Her family, friends, and the members of Dilemma are in our constant thoughts and prayers.”

Dilemma will also hold a benefit concert Sunday, July 24 at The 21st Saloon. Redwoods, Us & Them, Middle Folk, Ben Currans, Grace & Logan (Acoustic), 2 of the BluesEd clinicians and Dilemma comprise the bill. All proceeds benefit the Abbott family. RSVP here.

Those with thoughts and memories of Anna Jane Abbott, please feel free leave them in the comments, or send to news@hearnebraska.org.

Listen to Square Wave below: 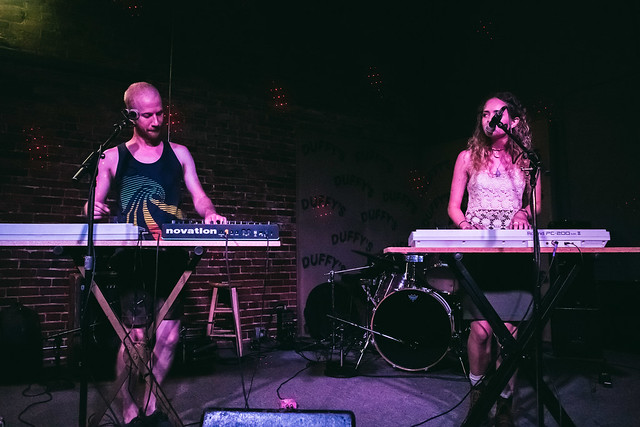 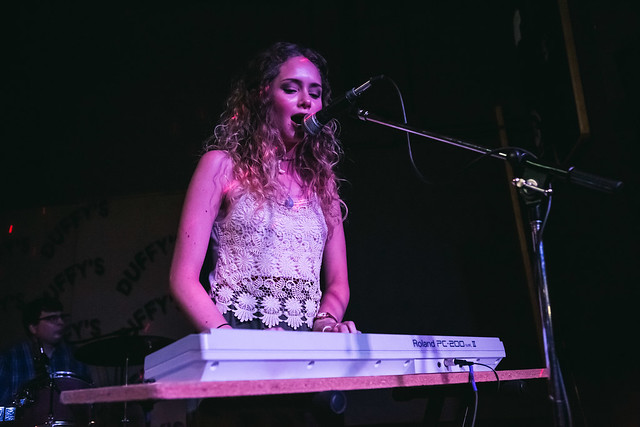 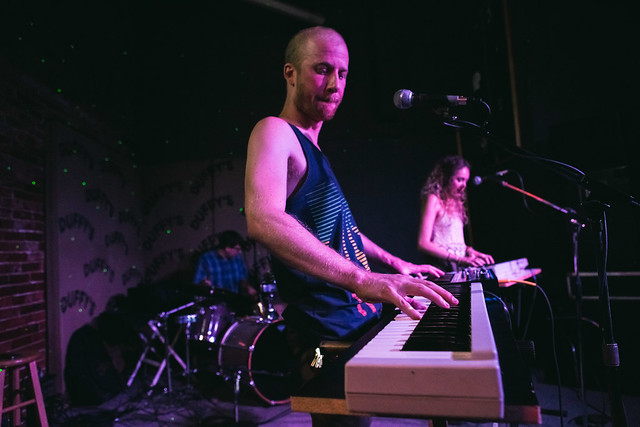 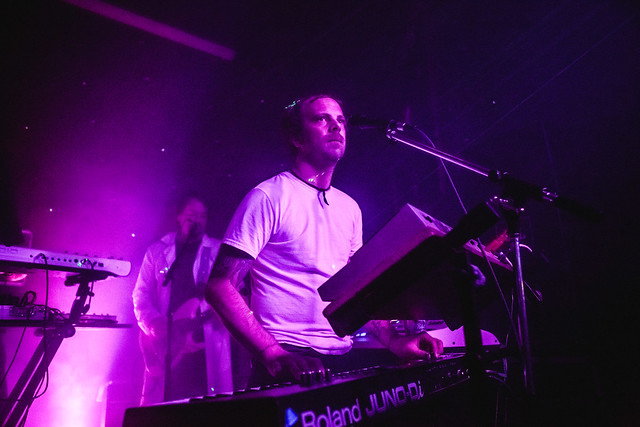 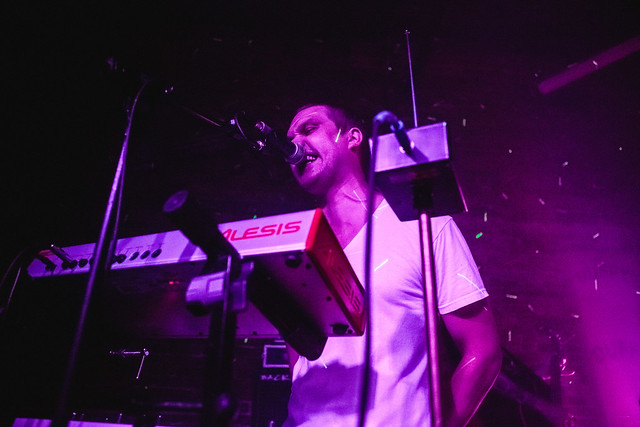 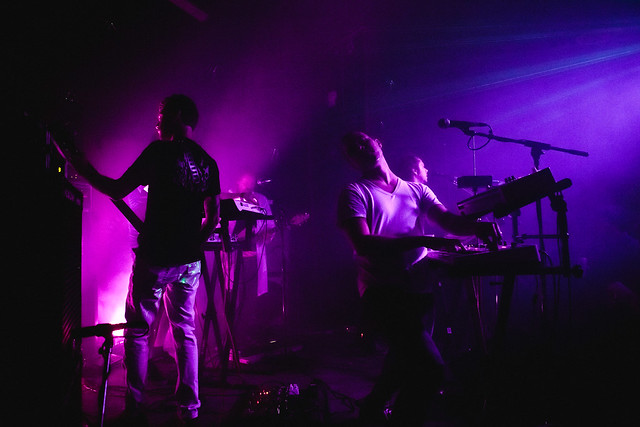 Photos of Omaha Under The Radar

Catching up from the weekend, Omaha Under the Radar presented 40 acts and nearly 100 artists between July 6-9 at museums, galleries, DIY spaces and music venues. Artists with an experimental side came together from 17 cities, including many from Omaha, to present new work at 10 events. Photographer Aleksandr Karjaka captured the events and shared some of his favorites with HN:

Crowd at House of Loom

Dereck Higgins performs a solo set at House of Loom

tbd. Dance Collective perform with a parachute at Slowdown

For a list of tonight’s shows, head to our statewide calendar here. Send all news tips, story ideas and HN Radio song submissions to news@hearnebraska.org.