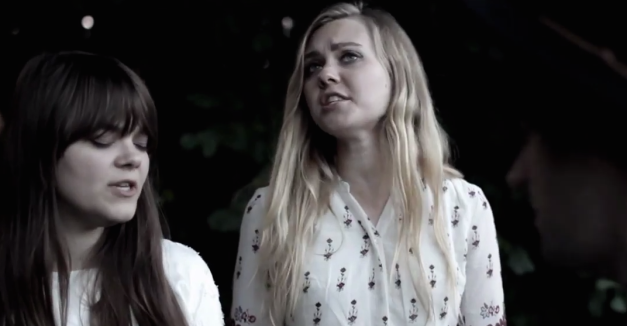 Kill County will return to its homeland for at least two shows this fall. On Oct. 17, Hear Nebraska presents Kill County at O’Leaver’s with Simon Joyner and the Ghosts. Kill County will be at the Zoo Bar in Lincoln the next night.

Often, shows happen when circumstance is on their side. The last Nebraska Kill County show at the Zoo Bar saw Jon Augustine, Josh James and Ringo come together for a stripped-down show because they were all in town for a wedding that weekend. They packed the house early.

Still, fleeting residencies haven’t stopped Kill County from recording. In July, we premiered “Beat Up Iron” from their forthcoming Broken Glass in the Sun. The band will be back in October to make the rounds on the new material. Bassist Augustine told me that, like the last few Kill County releases, this one will be available on vinyl, though maybe not in time for the O’Leaver’s and Zoo Bar shows.

Where most sessions videos of the kind feature stripped-down versions of the songs — given the on-the-spot recording — “Lua” is actually beefed up. Strip the original version of “Lua” down anymore and you’d probably have Oberst lying on the floor next to his guitar, lightly touching the neck from time to time.

Dawes has been Oberst’s backing band on tour for his recently released solo album Upside Down Mountain and Goldsmith proves why here. First Aid Kit sang all the back-up vocals for the album, a full-bodied contrast to Oberst’s gravelly delivery.

Check out the video, and wonder if Todd Fink is mad that he can’t find his hat.

Routine Escorts will open for How to Dress Well next week at the Waiting Room. The Omaha electronic duo announced a forthcoming EP over the weekend. It’s a pretty big slot for a band that doesn’t get to play as often as we’d like. To this point, How to Dress Well’s ambient electro-pop has drawn nearly universal critical acclaim.

Hit up the comments with any tips, questions or concerns.