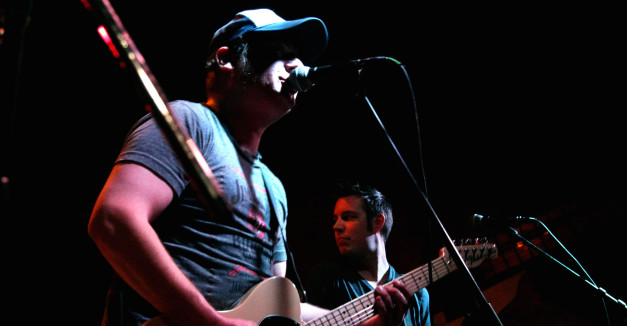 Longtime Lincoln pop-punk band The JV Allstars reached and exceeded the $500 goal of a Kickstarter campaign it launched last month. The band set out to raise money to help their friends in the Oklahoma band The Last Slice after all their gear was stolen. The JV Allstars raised $1,430.

All the money will go to The Last Slice and as per the Kickstarter campaign’s rewards, and because the campaign broke $1,000, JV Allstars will record six new songs for a free EP.

From the band’s Facebook page: “We will NOT be rehashing old songs or releasing lame acoustic versions of previous material.” They do ask for patience from fans during the several-month process.

The JV Allstars last released new material in 2011 with their album Hold On To This.

While you’re using Labor Day weekend to catch up on sleep and beer consumption, Josh Hoyer and the Shadowboxers will be holed up recording their second album. They’ll work out of ARC Studios in Omaha with engineer Ben Brodin. Hoyer says they plan to record the bulk of their album live-in-the-room at the spacious, first-rate studio.

If you don’t know ARC’s reputation, Mike Mogis’ studio has hosted the likes of Bright Eyes (obviously), First Aid Kit, Jason Mraz, The Felice Brothers and many more. The client list is enumerated on ARC’s new website, which launched this month, coupled with a reduced rate announcement.

Brodin will engineer, but Hoyer — always the maestro of his ensemble — will keep the producing credit.

The show is part of Hear Nebraska’s continual efforts to engage with parts of Nebraska music culture beyond Lincoln and Omaha. Just south of Interstate 80 in central Nebraska, Hastings is about a 90-minute drive from Lincoln and McCarthy Trenching’s extended set in the Listening Room’s relaxed atmosphere will be more than worth the trip.

In other news, DJ Earl remixed Darren Keen’s “Higher.” The Chicago-based footwork DJ posted the remix on his Soundcloud yesterday and it takes Keen’s track and makes it into something even dance-heavier. DJ Earl is one of the foremost footwork DJs working right now. “Higher” will appear on Keen’s split with Machine Girl, due out Sept. 15 on Them Flavors.

Michael Jordy is the side project of Lincoln producer Jordy Bouwens, a.k.a. Cake Eater. The track, “Yo,” is a relaxed and ambient four minutes backed with an infectious beat.

“Unstoppable” by Omaha’s Buzz Junior is the more aggressive companion to “Yo,” featuring a similarly stripped down dance beat and heavier vocal samples.

Defy Music also promises a release of the collaboration between Cake Eater, Buzz Junior and Buckhunter is on the horizon. Check out the label and their artists for a piece of what’s happening in Nebraska’s thriving electronic scene.