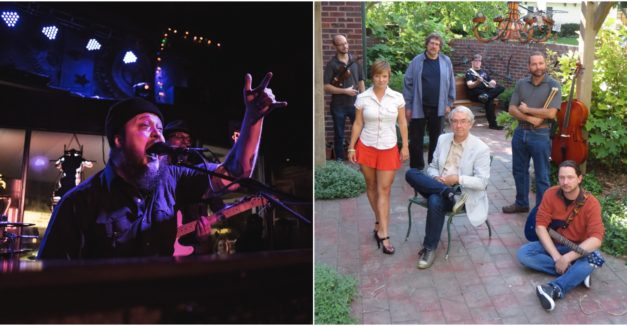 In the last three years, Josh Hoyer & Soul Colossal has spent hundreds of days on the road. For the first time, the band’s hard touring schedule will take it overseas.

View a complete list of tour dates below. The band’s last in-state show before it heads to Europe will be at Zoo Bar Friday, Feb 24 (RSVP here.)

Lincoln chamber pop act Floating Opera has been around the block more than a few times, its principal songwriter Richard Rebarber anchoring the group for three decades.

The band has renewed its lush, vibrant pop sound with a brand new full-length record, Pop Song On The Elevator Down, which it released over the weekend via Tremulant Records. It is the band’s fifth full-length release and first since 2009’s Pony Up a Go-Go. Find it here.

Floating Opera returns to the live stage at this year’s Lincoln Exposed, where it play Bodega’s Alley on Friday, Feb 10. The band will also appear live on Hear Nebraska FM on Monday, Feb 27.

Lincoln nonprofit radio station KZUM will host its 39th birthday bash this Saturday, Feb 4, at Duffy’s Tavern. The concert will feature performances by Kait Berreckman, Mad Dog & the 20/20s, Hakim, Levi William Band and Verse & the Vices as well as DJ sets by Spencelove and Polar Bear throughout the evening.

The concert, which commemorates KZUM’s first official broadcast on Valentine’s Day 1978, immediately precedes the station’s first on-air pledge drive of 2017 as it reaches for its $300,000 fiscal year goal, which would qualify it for continued funding from the Corporation for Public Broadcasting.

RSVP to the show here. Doors open at 7 p.m., with the $5 cover benefitting KZUM.

Also tonight, for you homebodies, Hear Nebraska FM takes the KZUM airwaves from 8-10 p.m., playing two hours of all-Nebraska music. Tune in via 89.3 FM in Lincoln or stream at kzum.org.

Plan for the rest of your week in shows with our statewide calendar here. Send all news tips, story ideas, song submissions or other goings-on to news@hearnebraska.org.