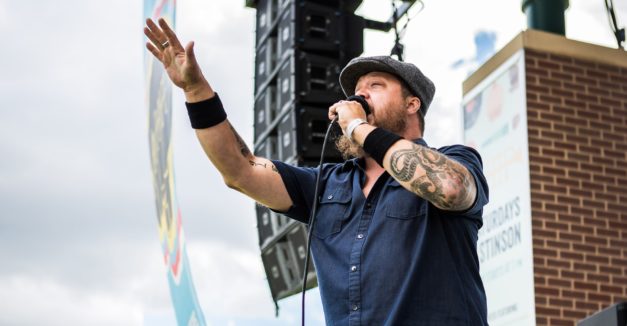 Josh Hoyer appears on The Voice, passes blind audition round

For the second year in a row last night, The Voice lights shined on a Lincoln resident — this time on one of its most road-tested musicians.

The Voice introduced the “working musician and bartender” in a piece that played pre-performance. It featured footage of his band, Soul Colossal, during a recent Zoo Bar concert, as well as his family and home.

Hoyer, who is currently on tour in Europe with Soul Colossal, will presumably appear next in the battle round. First, blind auditions continue next week when the show airs during its normal Monday and Tuesday time slots.

by Zach Visconti | photo courtesy of the band

As many Americans live on streets untainted by the rubble of civil war, it’s easy to take daily comforts for granted. It can feel as though war exists worlds away, even one so relevant as the Syrian crisis. But as the crisis rolls on, many remain ignorant of its reaches and severity.

Syrian-American songwriter Bassel Al-Madani uses soul music as a vessel to carry personal stories to his listeners as a reminder of the state of the Syrian civil war. His band Bassel & The Supernaturals just released a new record, Elements, on February 24th. The band plays soul music filled with hooks and twists. Many of their performances are to people who have little to no experience with the Syrian crisis, offering an approachable take on a highly politicized situation.

The Syrian civil war has claimed hundreds of thousands of lives, and in the midst of a continuing conversation about refugees and immigrants from the current presidential administration, the country remains divided about the role of refugees in America. Al-Madani speaks a personal testimony to the issue at shows.

“People say, ‘I don’t know how to feel about this issue because I don’t understand the issue.’” says Al-Madani. “But they’re just looking for some information about it.”

Al-Madani himself is very familiar with the Syrian Crisis. His cousin, while living in war-torn Aleppo, was shot down by a sniper. While it would be understandable for any person in that position to buckle, Al-Madani instead uses the energy to write honest songs about tragedy and share the story with audiences around the country.

Before the recent release of the band’s new record, and its Zoo Bar concert this Friday, Al-Madani spoke over the phone about the release and the stories of Syria behind his songwriting.

Hear Nebraska: Are you getting excited for the tour and the release?

Bassel Al-Madani: Absolutely man! It’s been a hell of a lot of work with this album. It’s a big production. We’ve had a couple hurdles to get past, but now the finish line is in sight. A lot of exciting stuff happening around the release, so we’re just getting ready.

HN: You’ve endured quite a bit of tragedy over the past few years. How do you think this comes through in your music?

BA: The music itself is very emotionally rich. It’s really created around the moods generated through these heavy experiences. So you just feel it, not just lyrically, but the stories are being told through the rhythm, through the sound effects and through the chord progressions. There’s a song in there about a fire, and you feel that adrenaline rushing. Or in the song “Lost,” it swings back and forth between the frantic feeling of loss into its eventual resolve. You get a lot of moods that circulate around these stories throughout the record.

HN: Being soul music, the record has a little bit of an upbeat air to it. But you definitely still get a lot of that loss and feel that through the music I think.

BA: We think of soul music as this timeless feel good music, but it’s also the music of some of the most difficult times of our history. It was the way people coped with incredibly difficult circumstances. It’s that emotional connection with the music that really told the story in a relatable way. So I think it really tapped into that level of what soul music is – using it as a channel to tell that story and to create that personality with a lot of people who have never met a Syrian person in their life, and who wouldn’t necessarily understand that struggle otherwise.

HN: I read somewhere that you used to perform indie folk music. Is that true?

BA: Yeah! I was a singer songwriter at that time. Just for context, I grew up playing violin, and I eventually went into drumming. I was just really excited about getting out of the classical scene and playing and writing music, so I just fell in love with indie music because I grew up in a college town. And then I eventually moved to Columbus, Ohio, and there was just a big folk scene in Columbus. It started marrying my worlds together of indie rock and folk, and I got really deep into like Sufjan Stevens, Andrew Bird, and a lot of artists in that vain. So as a singer songwriter, I knew I was only in Columbus for a certain amount of time. It just really appealed to me with my environment and with everything I was listening to to tell that story with just myself and loop pedals and whatever. [Laughs]

I moved to Chicago in 2010, and I guess it was really then that I started to evolve. I just sort of started to progress toward soul music. It wasn’t like this distinct thought, “Now I’m done playing folk.” It was just a natural progression because of that change of environment, and that solitude that comes with moving to a new place as an adult and not knowing anybody. And listening to a shitload of music and trying to figure out, “What do you love about this music? What makes it so timeless and beautiful and rich?” I just kind of got obsessed with Otis Redding, Stevie Wonder, Marvin Gaye, Al Green. [Soul] kind of found its way to be an effective way to tell stories and translate that emotion into the music.

HN: So when you were a child you and your family lived in Syria, correct?

HN: As an activist, how do you feel the music component benefits your advocacy for the Syrian crisis?

BA: Well what’s beautiful about music is, and just art in general, is that it brings people together around issues that otherwise might completely intimidate them. I feel like a lot of events that I’ve been to, related to Syria or otherwise, are largely preaching to the choir. You’re getting Palestinians, Iraqi, other Syrians, Lebanese, etc. But through music, there’s this really interesting and unique path that has allowed me to get into some other places around the country. So whether it’s Wichita, Kansas, Tulsa, Oklahoma, or Texas, or out East, I’m able to come as a musician with a personal story and not a political agenda, but with a humanitarian focus as someone who was personally affected by this and has a story to tell. I think it allows people to kind of let their guard down a little bit. I’m not there to tell them what’s politically right or wrong. I have my opinions on it, but the humanitarian mission is what we’re centered around, and the lives that are drawn into the middle just like my own family members. So I think music has been this beautiful path for the activism because it kind of removes some of that political tension for people.

HN: I’ve definitely read in other interviews that you perform mainly to people who have no experience with the crisis, but have you met anyone on the road who does have connections to the crisis?

BA: Yeah, I do think it’s pretty well-rounded. Our demographic is very wide in the sense that I do meet a ton of people who aren’t connected to this issue at all. But that doesn’t say that I never run into people who are. A lot of times I’m collaborating with Arab-American student associations or Syrian or Middle Eastern cultural organizations. I’ve also just organically ran into people at our shows who are impacted by this. It’s so funny, last year at a show in Chicago, this guy showed up during setup and soundcheck, and he was kind of just hanging out in the room. I went over and said hello, and was like, “Are you, uh, connected to the production here?” [Laughs] He responded, “No, there’s a guy named Bassel who’s playing in town, and my name’s Bassel, and I’m Syrian.” So I said, “Wait, your name’s Bassel?” I thought he was like messing with me. [Laughs] But his name was Bassel, he’s Syrian, and he moved here when things got really bad with the war. He saw my name out in the paper, and he just came to be present.

Photo coverage: Memphis May Fire at The Bourbon

HN contributor and former intern Peter Barnes went to The Bourbon last night to catch Memphis May Fire with Blessthefall, The Color Morale, Sylar and Bad Seed Rising. The Dallas metalcore band tours in support of its fifth studio album, This Light I Hold, which dropped in October on Rise Records 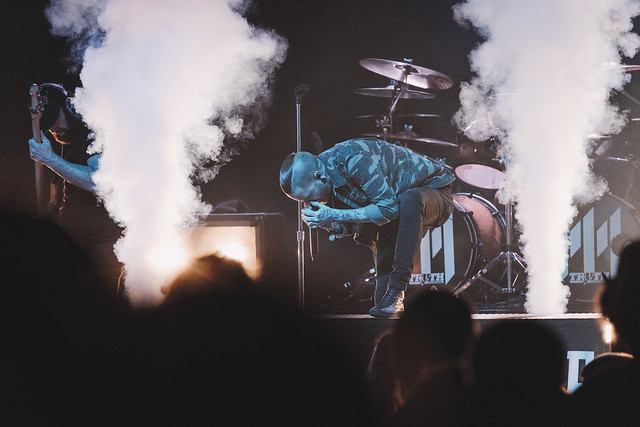 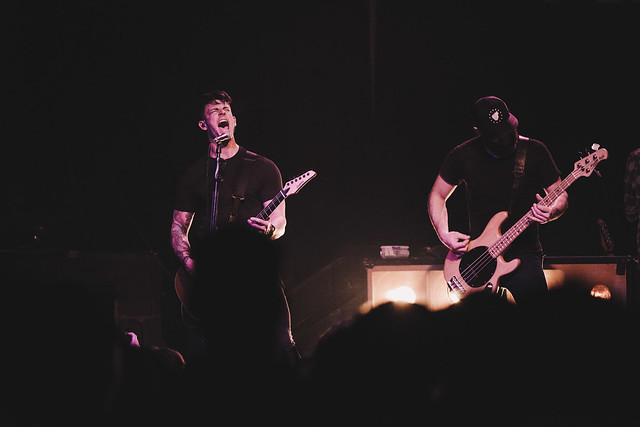 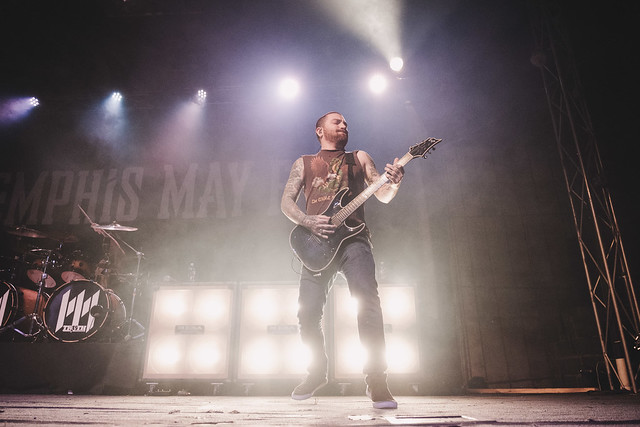 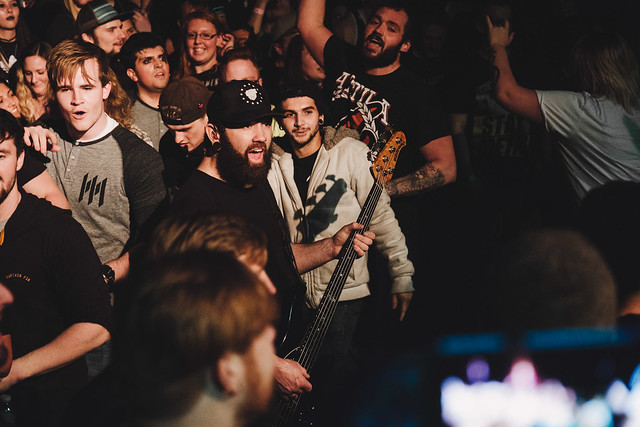 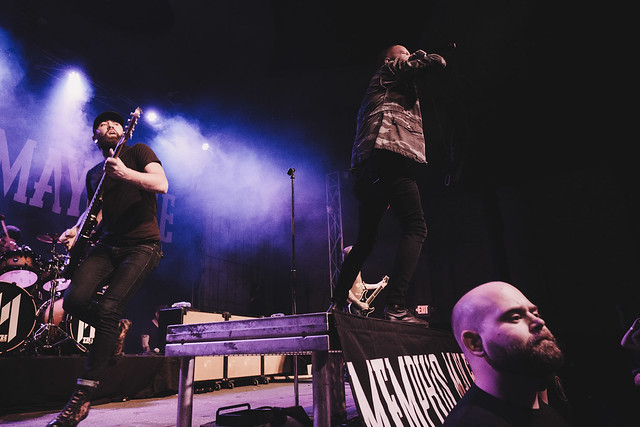 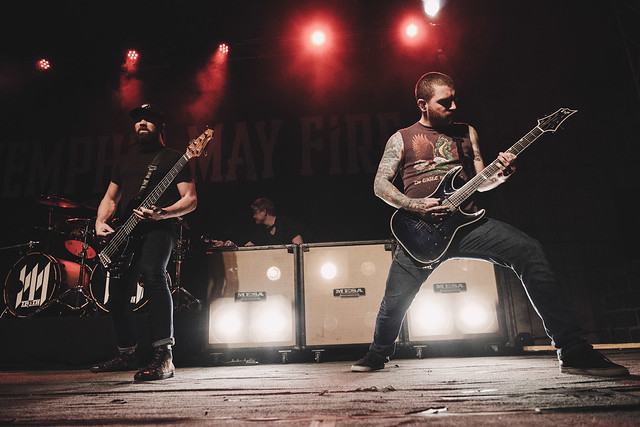 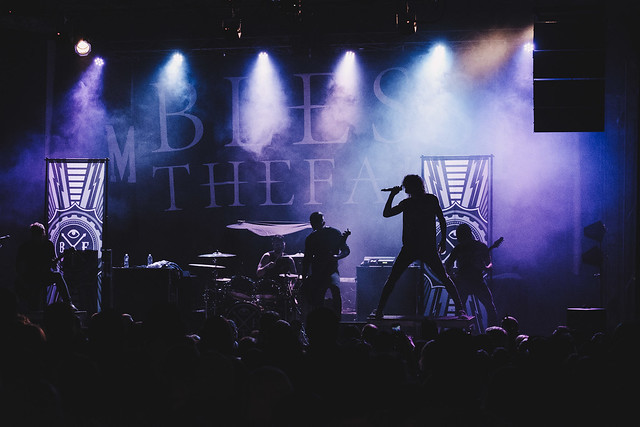 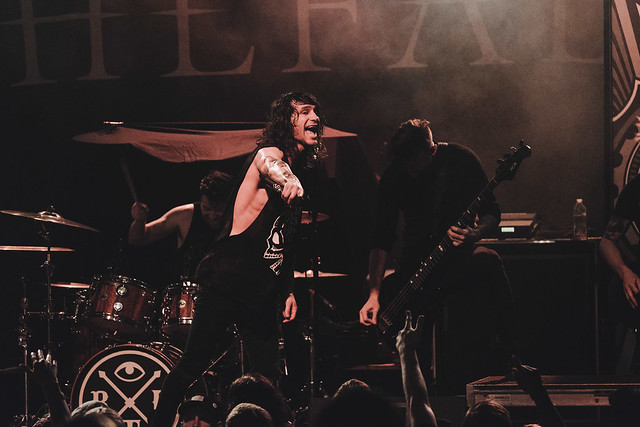 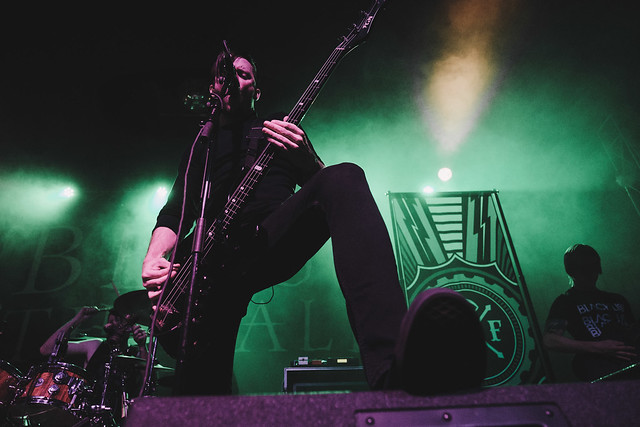 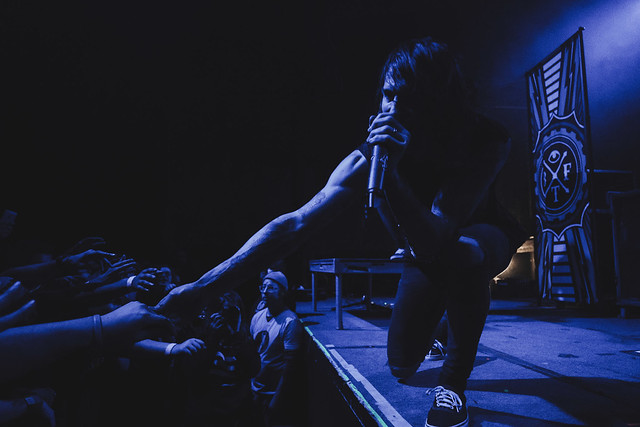 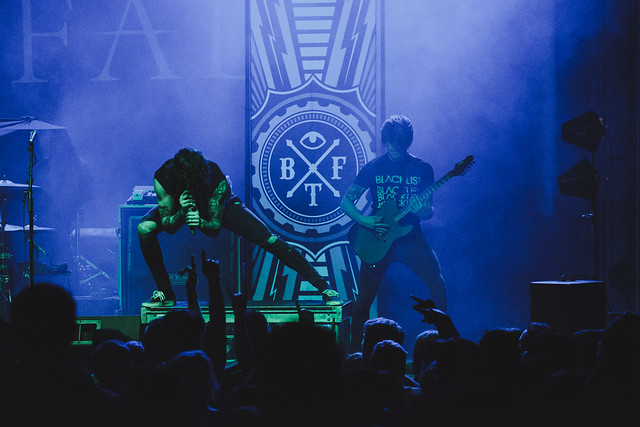 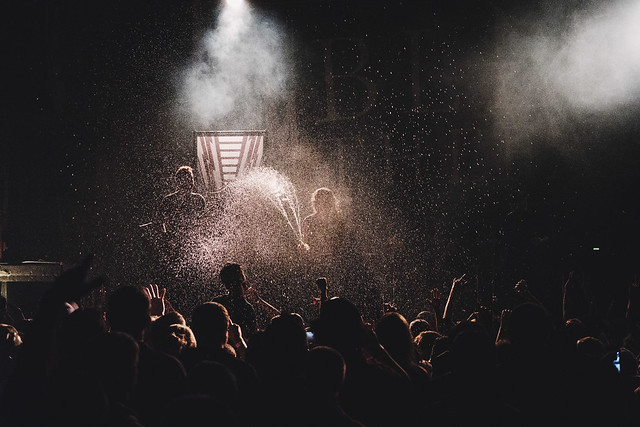 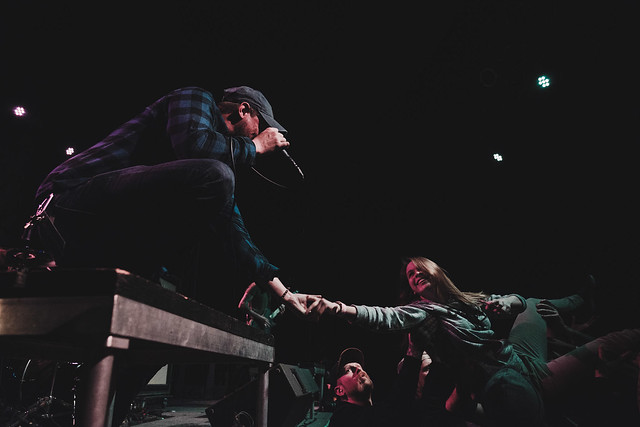 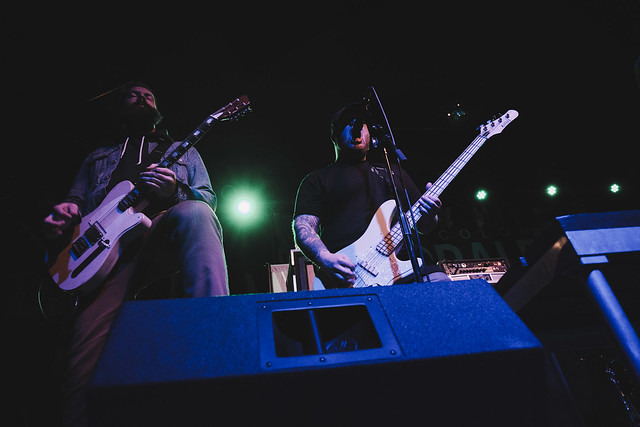 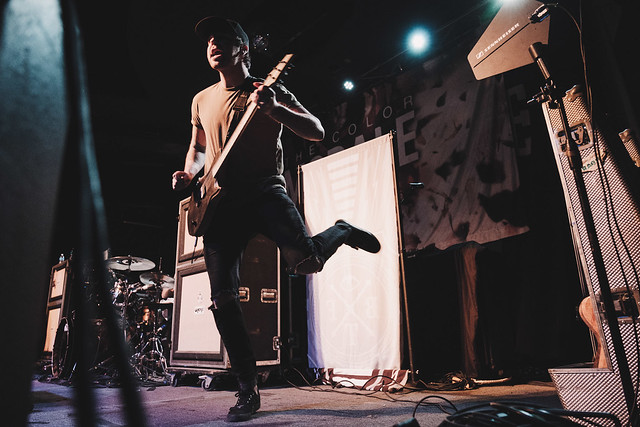 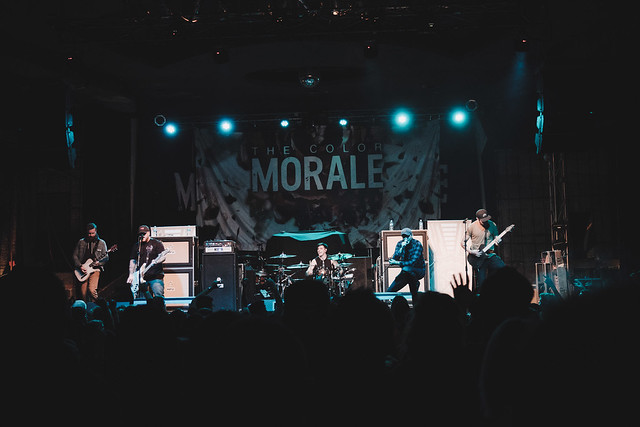 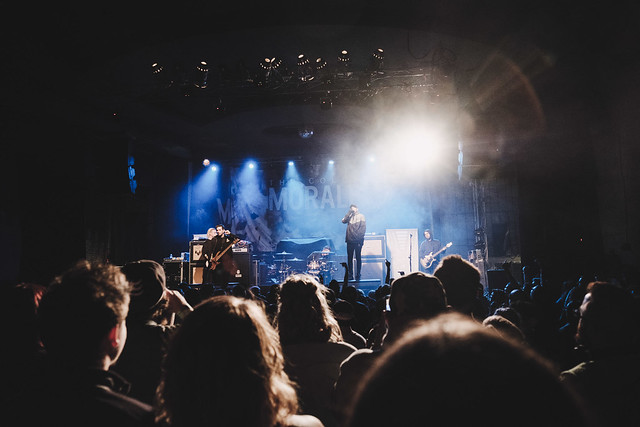 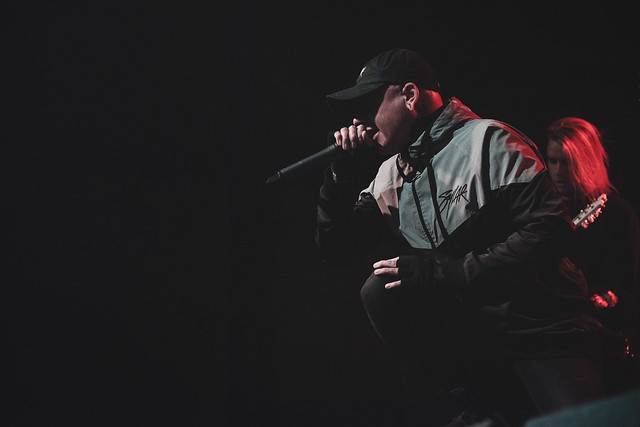 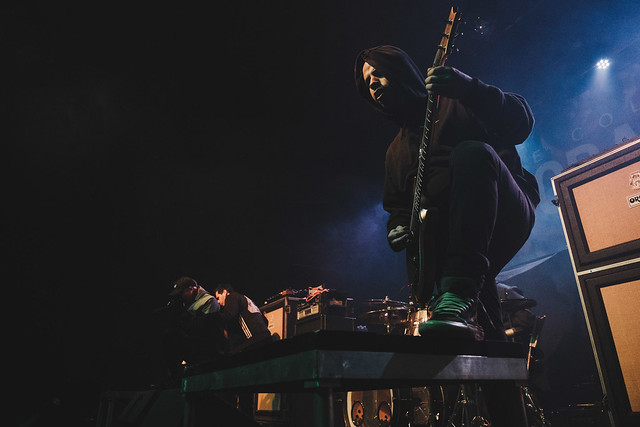 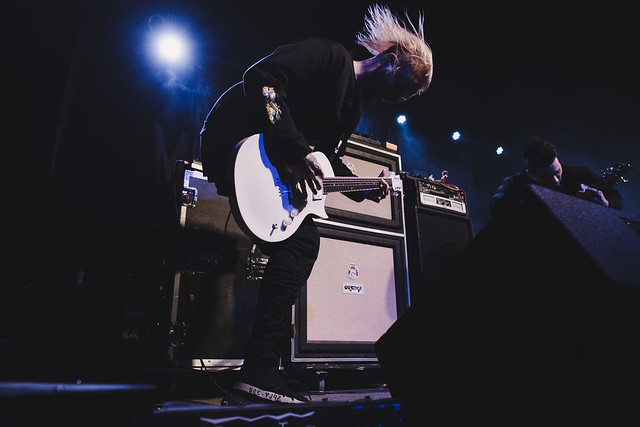 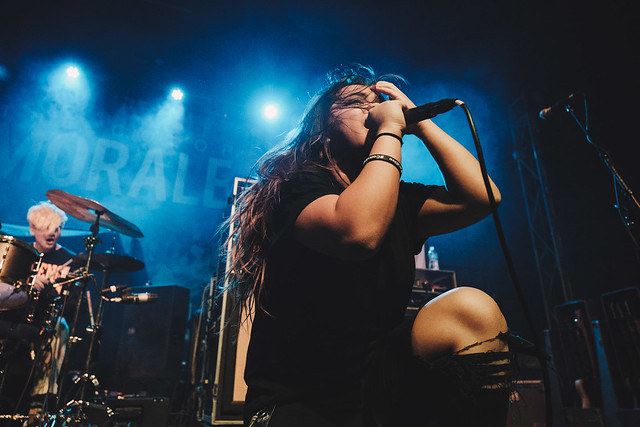 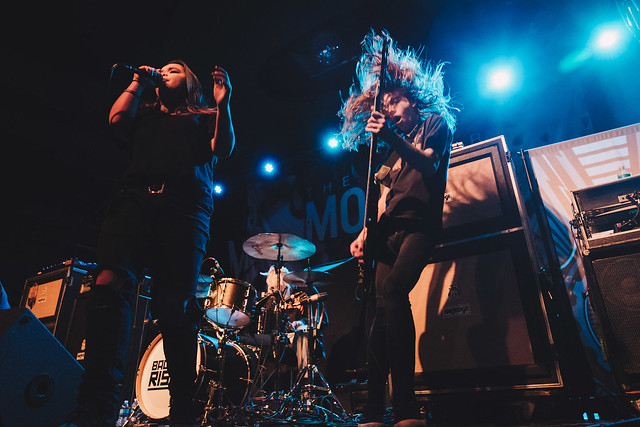 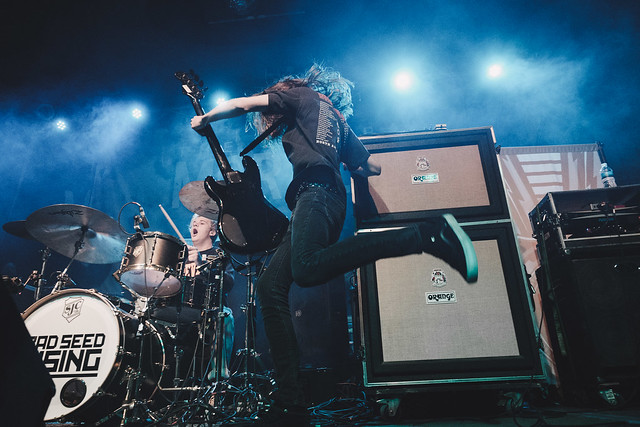 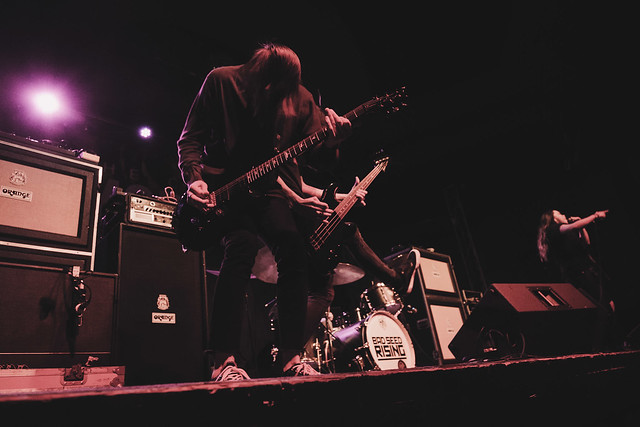 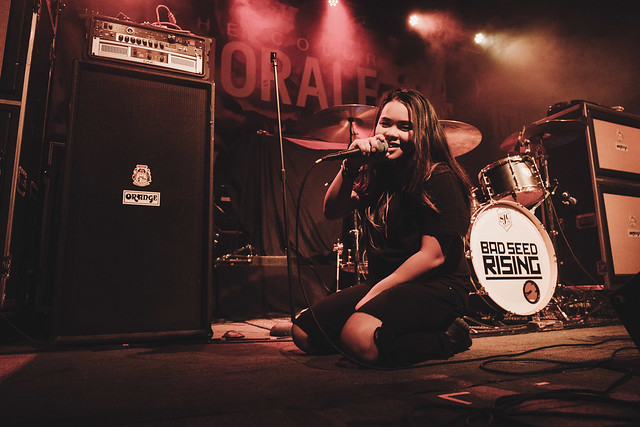 Check out concerts tonight and beyond at our statewide calendar here. Add your own with our contribute feature here or email it with other news tips and story ideas to news@hearnebraska.org.