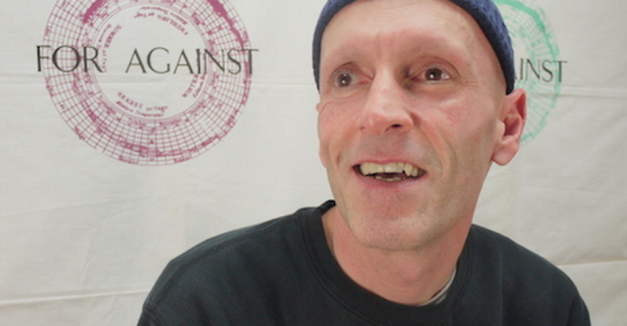 There has been plenty of buzz about about a new For Against album in the making.

Waitaminit? You never heard of For Against? The Lincoln band was one of the first Nebraska acts to make a national mark in the ’80s for its unique take on post-punk. As I said in this 2007 interview with the band, For Against made 4AD/Factory Records-style Euro-pop that bordered on today’s version of electronic dance music. Their sound was directly influenced by ’80s and ’90s-era European post-punk from bands like Durutti Column, Joy Division, Gang of Four and Kitchens of Distinction.

Last year, NYC-based indie label Captured Tracks released a box set of the first three For Against full lengths: Echelons (1987), December (1988) and In the Marshes (1990), originally released by Independent Project.

Now comes word that For Against frontman Jeff Runnings has signed with Saint Marie records, who will release a new Runnings solo album as well as more For Against reissues. Jeff said he recorded the new album at his home studio last year “then decided to finish by doing the vocals in a ‘proper’ studio with good microphones (Milktone Studios, Lincoln, NE). I mixed the album with Mark Wolberg (owner of Milktone).”

What inspired the making of the record?  “A challenge to myself,” Runnings said. “Can I make a record alone? Guess so! ”

Saint Marie was so impressed with what they heard, they not only offered Runnings a deal for the record, but also expressed “great interest” in reissuing the For Against albums from the ’90s —Aperture, Mason’s California Lunchroom, the long out-of-printShelflife, and Coalesced.

“The offer was accepted and I signed with Saint Marie,” Runnings said. The label has a focus on shoegaze, dreampop, electronica and more, and includes among its roster Seasurfer, Static Daydream and Scarlet Youth.

The album, Primitives and Smalls, will be available on CD/digital in July or August 2015, Runnings said. He’s still working out details on a vinyl edition. “I play all the instruments on this album, all the vocals, lyrics, etc., which is why it’s a solo album instead of a For Against album,” he said.

Runnings said he’s also contemplating a solo tour in support of the release. “It’s certainly being discussed (Europe, NOT the U.S.); nothing set in stone yet, though,” he said.

Well then, what about a For Against reunion? “I want to get Mave (Steve Hinrichs) and Paul (Engelhard) to tour for the reissues,” Runnings said, “but (I’m) not sure when the reissues will ‘hit the shelves’… before year’s end?” Keep your fingers crossed.

BTW, I’ve heard three tracks off the Runnings solo album and they are, in a word, sublime. For Against fans (and anyone who likes groovy indie dreampop) are in for a treat.

Read Tim McMahan’s blog daily at Lazy-i.com — an online music magazine that includes feature interviews, reviews and news. The focus is on the national indie music scene with a special emphasis on the best original bands in the Omaha area. Copyright © 2015 Tim McMahan. All rights reserved.