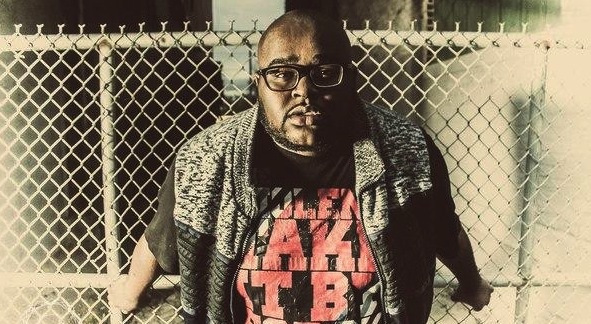 Omaha rapper J. Crum released “Hearts Collide” yesterday, the first single from forthcoming LP Black Sheep. “Hearts Collide” focuses on a massive diversion in emcee’s life path. Whether instigated by a colossal event or the last in a series of them, change was imminent and necessary.

But it seems to come at the cost of becoming an outcast, which explains the channeled rage in J Crum’s delivery. Harnessed into a biting flow, there’s confidence and control where there could be abandon. Beats clap loudly and decay through Anthony Flakus’s sharp, metallic lead guitar, bolstering the track’s epic feel. J Crum blasts through the harrowing darkness of it all, draped in light and unafraid.

While their own band is out of a commission, a pair of Omaha bandmates are rerouting their energy into others.

Matt Limberg and Lucas Smith, both of alt-rock outfit Battling Giants, have started a band management company which bears the same name. Back in August, the pair suddenly found itself without a drummer. Battling Giants Management arose in October from a desire to stay involved in the scene, as well as a way to occupy time.

“Honestly, we just got really, really bored,” Limberg says.  This seemed perfect as it’s a way for us to help other bands get their music out there, as well as allowing us to continually network.”

In just less than four months, Limber and Smith have signed six local bands — including Naked Sunday, Through The Stone, Virgin Mary Pistol Grip and Super Moon — as well as a handful of out of state artists. They’ve even been contacted by an Italian DJ, Joy Fagnani, who is planning a 10-day United States tour.

Limberg says they’ve been able to use their experiences from touring, both good and bad, to assist their signees. He feels that having band experience, a black book full of contacts and a list of good and bad touring destinations gives them a leg up.

“We made some mistakes along the way that we learned from, and that has only made us better,” Limberg says. “We won’t make those same mistakes with the bands we work with.”

Imagine being granted unchecked freedom into the depths of your mind, to create new worlds as you conceive of them, all while unfettered from the chains of reality. Imagine the struggle as the more time you spend inside your consciousness, the more you lose grip of reality.

It’s the subject of Omaha metal band Soselo’s forthcoming release, Counting Electric Sheep. The concept project, which will comprise two records, follows the story of Leonard Hargrove, lured from his meaningless existence by urgist Anaksunamon and the allure of his own mind. Over time, he is manipulated until his brain cannot cope, succumbing to the madness.

Soselo will release Counting Electric Sheep April 1 at Lookout Lounge. While rapping up production, the band filmed the following video at Scriptown Studios with Randy Edwards. Check it out below:

Around the corner, Norfolk country band Country Road plays Duffy’s Tavern with folk trio The Wildwoods. The Wildwoods have wrapped on a new album, Take A Chance, which it will release Feb. 19. RSVP to tonight’s show here.