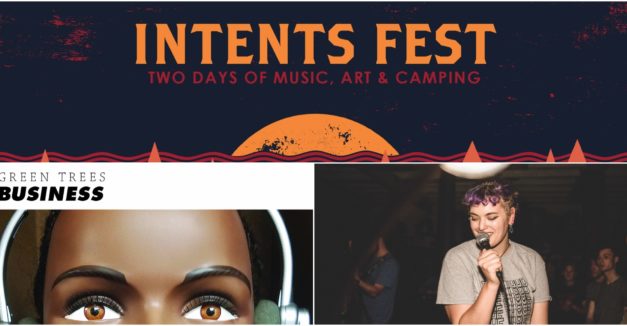 The idea for one of Nebraska’s newest music festivals was born out of a late night conversation three years ago between Nathan McInnis and a few friends brainstorming possible names for their dream festival. Someone brought up “Intense Fest” as a possibility, and McInnis took it one step further suggesting “Intents Fest.”

“It will surely be ‘intense,’ everyone will be camping ‘in tents,’ and we should all bring good ‘intentions,’” McInnis said in a nod to the origins of the obvious pun.

Three years later, the play-on-words is coming to fruition. Intents Music Festival takes over RiverWest Park in Elkhorn on Friday and Saturday, June 30 and July 1, with 16 bands including Kris Lager Band and The Beat Seekers spread out over two stages with overnight camping encouraged.

And it’s staying true to the initial idea to bring good intentions to the festival, taking the platform to spread information about how to live healthier and more environmentally friendly. The festival will host tents showcasing local art and educating attendants about renewable energy and how to curb drug and alcohol abuse.

“We had the idea that a music festival can be about more than music and friendship,” McInnis said. “If we can help ourselves, we can help our neighbors.”

Check out the full lineup below, get tickets here and find more details here.

There’s this contradiction in aging that stems between the need to hang onto a youthful spirit and the pull of adulthood into a bleak office with endless ninety-degree angles and a receptionist who repeats the same line every time the phone rings. As Lincoln experimental music devotee John Freidel enters that stage, its trials have seeped into his music. But on his latest record, Business, with avant-pop rock band Green Trees, Freidel’s approach to writing about adult life’s experiences is hardly businesslike, opting for tongue-in-cheek, bordering on depressing lyrics that lampoon how seriously some people take their office job.

Where the lyrics are satirical and playful, the album’s instrumentation doesn’t suffer from any lack of seriousness. Each track on Business, which dropped on June 1, capitalizes on Green Trees’ five-member lineup with keys, three vocalists and two guitarists, which create strategically ornate, densely layered pop rock instrumentals. There’s often so much going on at once in both ears that it’s almost disorienting as each instrument attracts and distracts from one to another.

Take closing track “Innocence,” a slow burner that is equal parts Strokes-like guitar-driven moxie and Velvet Underground lethargy. With dreamy verses that stack a “Femme Fatale”-esque guitar melody on top of delayed picking, distant piano keys and Freidel and keyboardist Josh Miller’s airy harmonies all mixed to have the same amount of presence, a sonic focus is sometimes difficult to distinguish.

Still, each guitar line or piano progression has its purpose, shaping stews of sounds into ambitious collages of power pop experimentation. For instance, on the seven-minute centerpiece “Business Supervisor,” a sunny chorus gives way to a droning psychedelic interlude with choppy, squealing guitars and haunted rising and descending keys. And then after two minutes of building, it just slows to a halt. Then it’s straight into a massive crescendo with punk-y power chords and Freidel’s raspy falsetto. For Freidel and co., there’s no rhyme without a reason. Each passage might seem like a puzzle piece that doesn’t quite fit with any others, but they’re always grounded with a pop sensibility that recalls Weezer at its most ambitious; think “The Greatest Man That Ever Lived” on Red Album.

Behind all of the five-piece instrumentals, though, are lyrical themes of apathy and depression as Freidel narrates his every day (save for an oddity like “Hotline”, when the protagonist makes a call to a phone sex line). He details going into work for eight hours, dealing with relationships away from the office, hanging at the bar and eventually getting promoted to business supervisor, where he “analyzes the financial statements.”

Although Freidel’s lyrics are typically readable, he often throws in esoteric, seemingly meaningless lyrics like “justifying and defying lukewarm soup” on “Promised Land,” as if Dali set out to write a rock opera inspired by Office Space. But as the depressed storyline is combined with the mostly stellar instrumentation, Business makes the idea of listening to your co-worker’s gum smack obscenely, staring at a cubicle wall and hearing your boss shout through his speaker phone not seem so bad.

HN interns Emma Petersen and Marti Vaughan traveled to Hastings this past weekend for the 11th-annual Flatwater Music Festival. Hosted by the Prairie Loft Center, it features two nights of music, workshops, children’s activities, local vendors and more. In addition to grabbing a few shots of the event, Petersen and Vaughan filmed interviews and live performances for a video documentary, which we’ll release later this summer in conjunction with the Good Living Tour Storytelling project. So be on the lookout for that, and check out a few photos below: 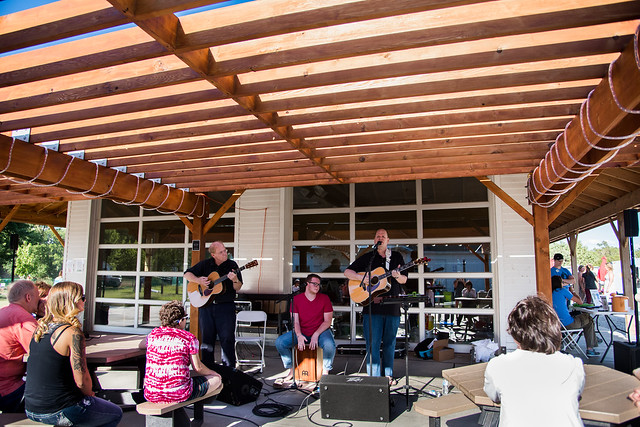 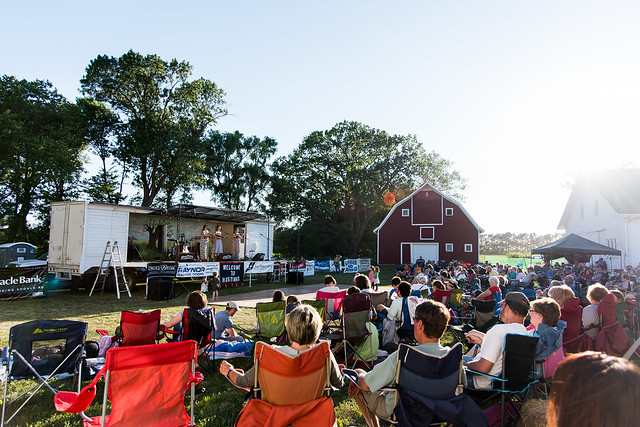 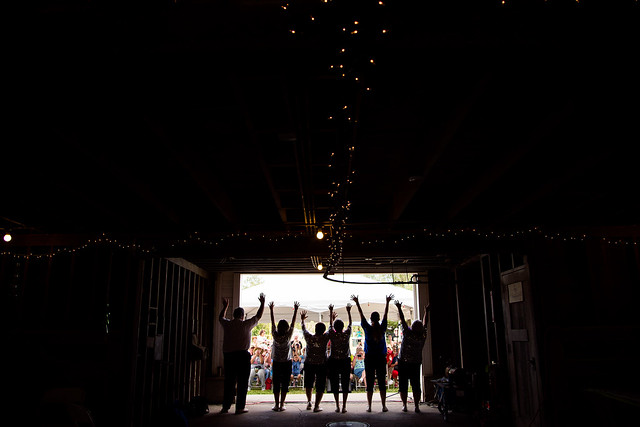 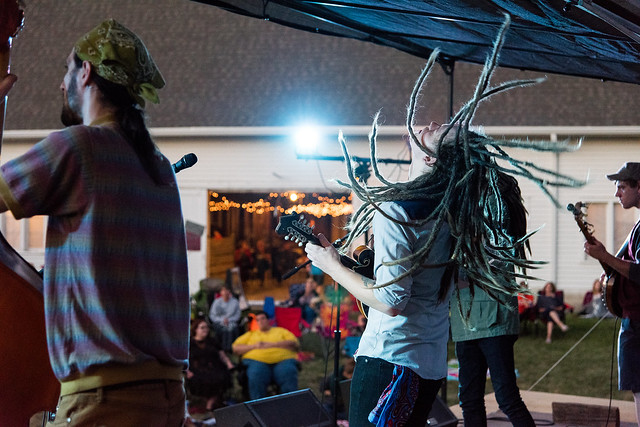 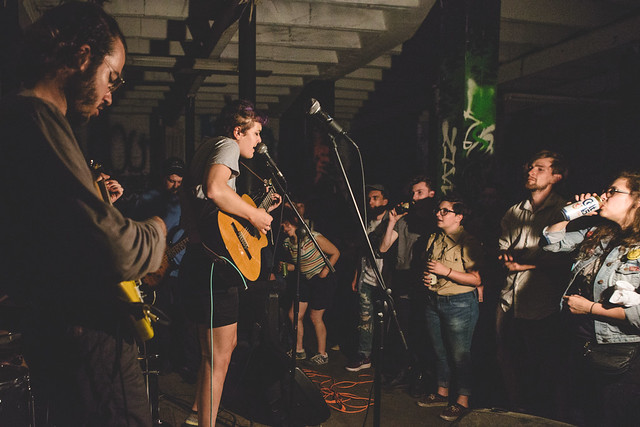 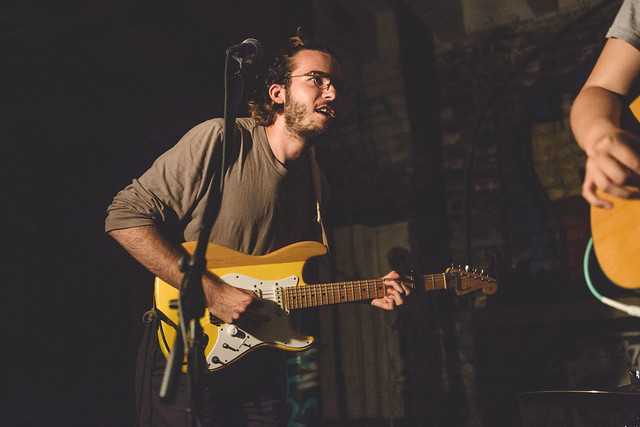 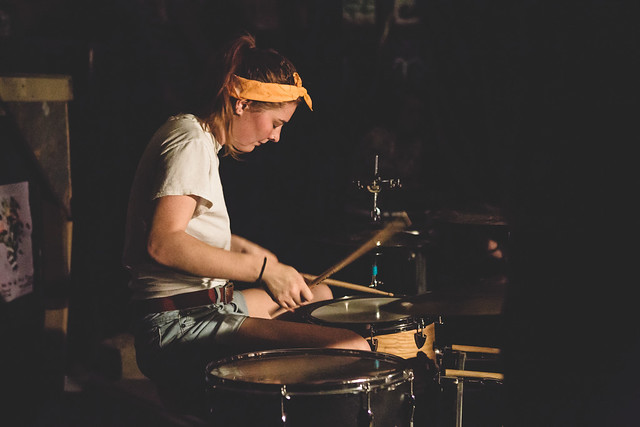 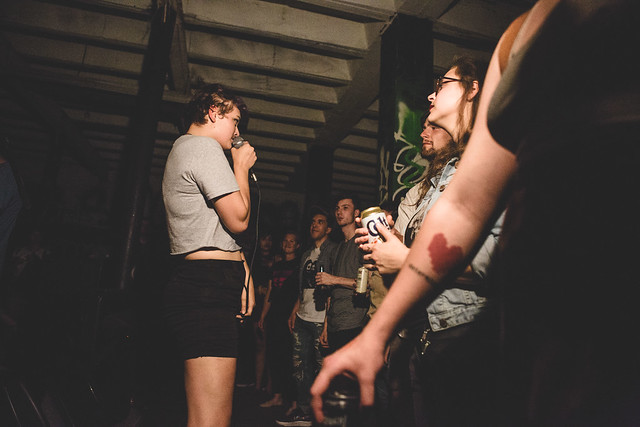 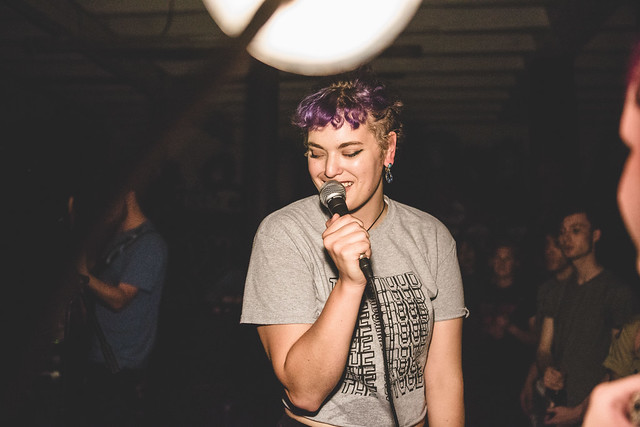 free cake for every creature 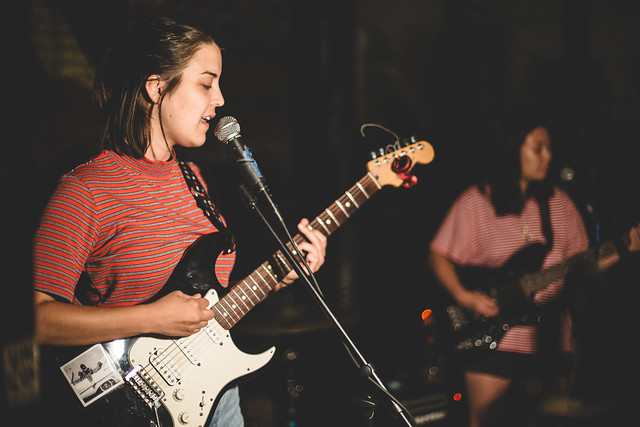 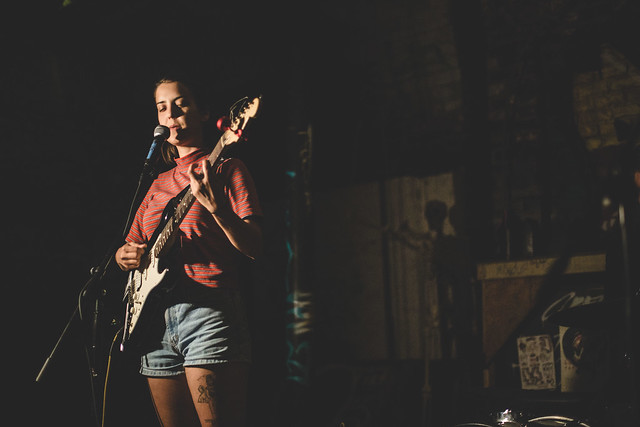 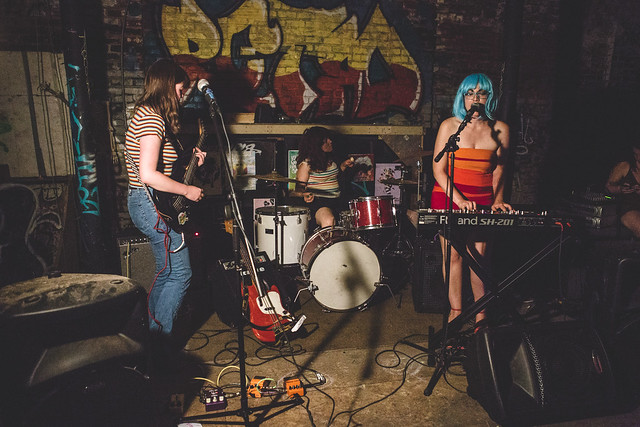 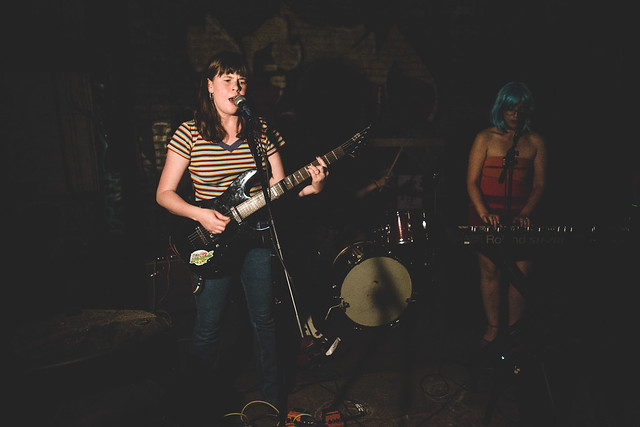 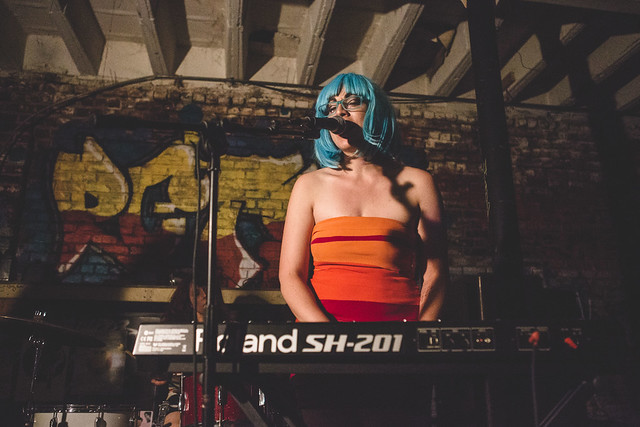 Here’s a look at what’s going on in shows the next couple of days. Find more shows via our statewide calendar here. Submit them yourself here, or email us at news@hearnebraska.org.

The Reverend Peyton’s Big Damn Band with Mike Semrad at Zoo Bar – The Beanblossom, Indiana folk trio comes to Lincoln tonight and will play along with local songwriter Mike Semrad. The Big Damn Band released full-length album Front Porch Sessions in March, and after finishing its current U.S. tour, will head through Europe for the rest of the summer. 6 p.m. show, $15 entry. RSVP here.