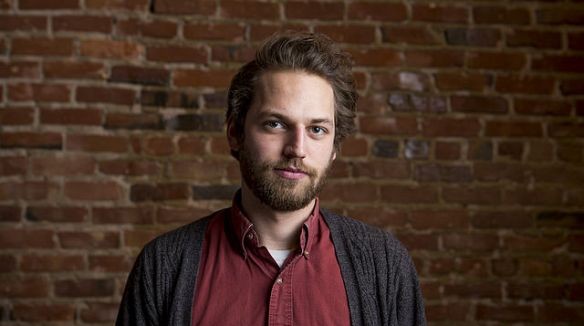 Over the last few months, I have had the pleasure of working out of the Hear Nebraska Lincoln office with one half of our visual editor team, Nickolai Hammar. In the short while since his hiring in mid-July, he’s steadily produced high-quality video features and played an essential role as everyman on the Good Living Tour, gliding between videography and production team.

It is bittersweet, then, to announce his departure from HN. Difficult, of course, because losing a talent like that means finding a way to replace it. Kibler’s Corner and Sonata Sessions — both his babies — are incredibly well-made and highly-viewed.

We’re excited, still, because of what he will go on to accomplish. Today, Hammar heads to New York to begin a video production internship with National Public Radio. The HN team is excited to see what he produces in that role, and I personally have no doubt he’ll crush it.

Here’s hoping we see him for the 2016 Good Living Tour. Until then, giddyup.

After more than a decade of calling Nebraska home, Luke Polipnick is moving on.

The Lincoln jazz/fusion guitarist has always been a musical chameleon. Just this year, he has performed with the Omaha Symphony, singer/songwriter Miwi La Lupa, his own fusion band OhmMG and jazz combo Delve Trio.

“I don’t have any excuse now to not make some shit happen as an artist,” Polipnick says. “I have bands that I really like [performing with in Nebraska], but I feel like i’ve sort hit a ceiling here.”

Polipnick will perform twice more with Delve Trio as a final sendoff. Tonight, the jazz combo plays Pageturners, the place where it held a residency for nearly a year and half (RSVP here). Thursday, the trio plays Zoo Bar, which Polipnick calls his “Nebraska home-base venue” (RSVP here).

While the Minnesota native has yet to decide on a landing spot, he says it will not be Lincoln. He is considering Los Angeles or New York, depending on which musical route he wants to take.

“I’m basically trying to decide if i’m going to put my eggs in the jazz basket,” Polipnick says. “The jazz route would be New York. If I’m trying to work more in the rock world, Los Angeles makes more sense to me.”

He’ll have plenty of time to decide as he makes his way to Chennai, India later this month to study South Indian classical Carnatic music, and later to Bopal to study spiritually-angled vocal music style dhrupad.

In 1976, guitarist John McLaughlin released a blistering world fusion record with his band Shakti. It featured his own virtuosic take on Hindustani, a North Indian classical music style. A young Luke Polipnick would later devour that record.

“That Shakti record was the first time I’ve ever heard a western guitar player playing that kind of stuff,” Polipnick recalls. “To me, it’s some of the most advanced rhythmic thinking I’ve ever heard.”

The point isn’t to become fluent in those styles. Polipnick acknowledges he won’t be studying them for nearly enough time. But he hopes to come out of the trip with an expanded musical vocabulary.

“It’s like [saying], oh, I’m gonna casually pick up sanskrit or swahili,” Polipnick quips. “It’s a huge project, totally foreign. But I think you can be informed by an influence, or it can help shape your aesthetic.”

Thought he’ll likely end up on one of the coasts, Polipnick says he plans to continue working with Delve Trio. Drummer Dana Murray is currently building a home studio, which will facilitate weekly trips back to Lincoln to record and workshop. But he’s also looking to make music a career in a major city.

“I’m sort of at this point where I feel like I’ve gotta make some shit happen now. I feel like I wanna give a bigger market a shot.”

Award-winning filmmaker Ace Norton has directed videos for LCD Soundsystem and Death Cab For Cutie. But his first foray into filmmaking, a commissioned video for The Faint, was not so successful.

Norton has made public the never-before-released video for “Desperate Guys,” the lead track from The Faint’s 2004 album Wet From Birth. Norton tells pop culture website Nowness — which published the video as part of its “Directors’ Cuts” feature — that he made the film in 2002 while a student at University of Southern California.

“It was my first real directing job, and my first commissioned music video for a record label,” Norton told Nowness. “When the video was shelved I remember being really sad and thinking my non-existent directing career was completely over!”

To be sure, the video is unconventional. The stop-motion clip features dancing mannequins, vivid graffiti-like artwork and sliced fruit, all moving and developing to the beat.

Check out the long-lost video for “Desperate Guys” below: