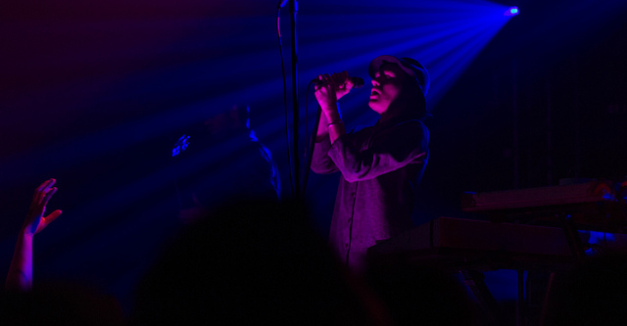 We’re expanding how we try to grow the Nebraska music and arts scene.

With Hear Nebraska Executive Director, Andrew Norman, as the special guest, the $20 conference will look to discuss how Omaha business owners can get involved with, contribute to and gain from Omaha’s vibrant music scene. The conversation will explore how tangible events and programming, like a new summer concert series, can help attract and retain young professionals.

Encouraging and showcasing creative vitality in this state is a huge part of our mission. We think Nebraska can be an important cultural destination and the more innovative, young and creative people we have here who are actively engaged in moving the state’s arts scene forward, the more spirited that culture becomes.

The conference is at Il Palazzo event center near 132nd and Fort. Register and find more information here.

Tickets are on sale now for the Nov. 25 Desaparecidos show and The Faint’s Dec. 28 and 29 shows, all at The Waiting Room. Tickets are $20.

Buy tickets for Desaparecidos with Digital Leather and Both here. The Faint plays with Sucettes and Ruby Block on Dec. 28 (tickets here). Openers have not been announced for the Dec. 29 show, buy tickets here.

The University of Nebraska-Omaha and Omaha hip-hop group Mean Street seem to have struck up a nice partnership.

First, Mean Street and creative marketing consultant The New BLK made a video and new song for the Mavericks’ hockey team tunnel-walk. Later, they played Party on the Pitch, UNO’s celebration for the start of hockey season, with Icky Blossoms and Kethro. Earlier this month, Mean Street premiered the music video for “UNO Hallways,” filmed in-part at the school.

Omaha electronic pop group Icky Blossoms found a national audience for a few minutes last night on the premiere of NBC’s “State of Affairs,” which featured “Babes” off the band’s debut album.

The primetime drama, starring Katherine Heigl, follows a CIA analyst (Heigl) as she works with the president (played by Alfre Woodard) on daily security briefings. The show looks lukewarm at best and reviews today are advising audience members not to become attached. Still, even a bad show on primetime NBC can gather 8 million some viewers.

Icky Blossoms might be Nebraska’s most syndicated band right now, with “Babes” soundtracking the first trailer for Sin City 2: A Dame to Kill For in August.

Alien Ant Farm plays tonight at Vega with Zeale and Burning Down the Villager.

The alternative rock band, together since 1995, might be best known for its cover of Michael Jackson’s “Smooth Criminal” from 2001’s ANThology. Maybe not surprisingly, “Smooth Criminal” proves hard for even a nu-metal band to butcher. The band’s last album, Up in the Attic, was released in 2006, but Alien Ant Farm has an album slated for 2015.

RSVP to the show here and hope they do the thing where they lean inhumanly far forward during “Smooth Criminal.”