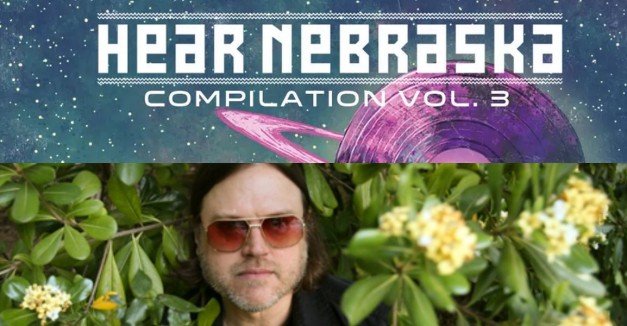 We plan to make Hear Hear an annual, can’t-miss fundraising event for anyone interested in supporting Nebraska’s music community, fostering original art and experiencing a one-of-a-kind show featuring world-class talent. And this is a great way to kick it off.

Tickets start at $45. VIP is available for $100. The fundraiser will include a silent auction featuring prints of some of Hear Nebraska contributor’s best concert photography. VIP tickets include reserved seating, a meet-and-greet and photo with Sweet and a limited-edition, screen-printed poster from the event signed by Sweet himself. All proceeds benefit Hear Nebraska.

Sweet, born and raised in Nebraska, rose to national prominence in the early ‘90s with his album Girlfriend. The title track from the album reached the number 10 spot on Billboard charts. The current Omaha resident has since released 10 studio albums. His latest release, 2011’s Modern Art, met critical acclaim as a carefully-crafted pop record. Sweet has a new record on the way. He will perform with a full band.

Omaha’s The So-So Sailors will open for Sweet. With a clear appreciation for ‘60s lounge and R&B aesthetics, the band’s piano-rock ballads are an astute pair with 1200 Club’s jazz-club atmosphere.

The 1200 Club in Omaha’s Holland Performing Arts Center offers a unique environment to see musicians who generally play crowded concert halls. In 2013, Hear Nebraska hosted its Live at 1200 Club with NET there, featuring Kill County, Digital Leather and Big Harp. The result was a personal show for audience and performer alike, stripped of environmental distractions often present at rock shows.

Tickets are limited. Get them at Ticket Omaha. And RSVP on Facebook here.

Get ready for Hear Nebraska Vol. 3.

Last month, we launched a pre-order Kickstarter campaign for our third annual compilation of Nebraska music. It’s our second compilation to be released on vinyl, featuring ten of Nebraska’s most active, exciting and diverse music acts.

We’re honored to have two previously unreleased tracks on the compilation — “Journals” by Outlaw Con Bandana and “Junk City” by Ladyfinger (ne).

Not to mention, it’s just a really great record. Here’s the tracklist:

For $20, Kickstarter backers get the vinyl. For as low as $5, get a digital download. Higher-level rewards include t-shirts, signed copies of the compilation, LP carrying cases, test-pressings and free entry into the compilation release shows.

On Friday, April 17, we’ll host Jake Bellows, The Bottle Tops and Universe Contest at The Zoo Bar (RSVP). On April 18, Bellows, Ladyfinger and Both play The Waiting Room (RSVP).