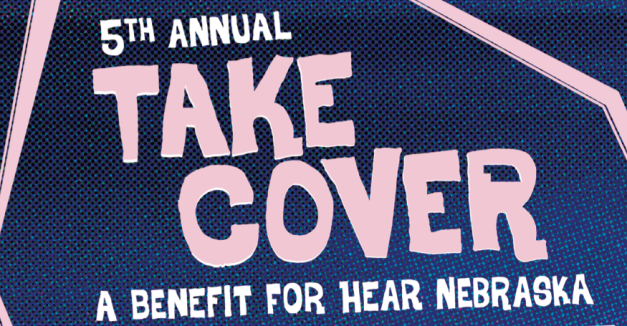 If you’ve ever wanted to hear your favorite local act cover their favorite Nebraska song, that time of year quickly approaches.

Hear Nebraska has announced its fifth annual Take Cover concert in both Lincoln and Omaha. This year, we’re featuring a total of 37 full-band set ups, each playing one original song and one cover of another Nebraska artist in Take Cover tradition. In the past, the concert staged mostly solo artists or singer/songwriter setups.

Stay tuned to our news section for lineup announcements.

Dolores Diaz and the Standby Club to play O’Leaver’s

The announcement, made Tuesday evening, is the first news of Oberst’s return to the stage since Desaparecidos was forced to cancel the remainder of its fall tour. That band announced that its frontman had fallen ill on Oct. 28.

RSVP to the show here, and probably get your tickets quickly.

“Best Of Omaha, Vol. 1” launches tonight at The Waiting Room, with the goal of reaching new fans and national acts with talent in the city’s hip-hop scene. TKO himself will perform along with King Iso, 20 Grand, J Shah, Greco and Nugz (RSVP here).

TKO (who prefers to go by his stage name) says that he wants to give talent the proper stage and performance time to “effectively present their brand.” He plans to hold similar showcases every couple of months, and is already planning Volume 2.

In addition, he aims to clear some preconceived notions about hip-hop.

“Hip hop is frowned upon in many circles, a large portion of hip hop fans are unaware of some of the talent out here and fear these shows because of the genres nature,” TKO says. “I want to help change all of that.”

Nebraska Hardcore is looking to brighten the Christmas season for kids in need.

Tonight, the organization teams with Lookout Lounge to host “See Nebraska Give,” a charity concert and toy drive to benefit Omaha’s Open Door Mission. Seven bands will play the benefit, including Bent Life, Purgatory, Cordial Spew, The Ridgeways, Third Eye Merchants, Kovacs and Time Cat. The show is free with donation of a new or lightly used toy, or $5. All money collected will be donated. RSVP to the 6 p.m. show here.