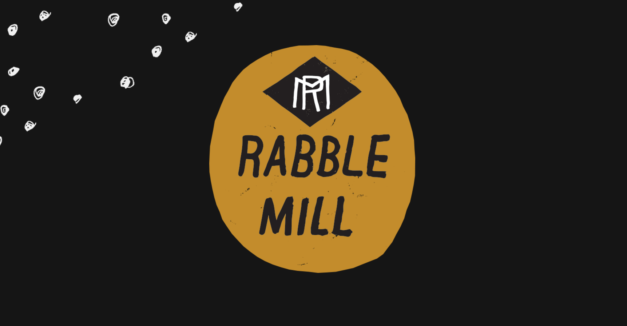 Hear Nebraska merges with The Bay

It is official: after collaborating in various ways since both organizations’ foundings in 2010, Hear Nebraska and The Bay are joining forces.

After months of whispers, the news went live yesterday that, as of Jan. 1, 2018, the nonprofits, along with international youth outreach initiative Skate For Change, will merge under one umbrella organization called Rabble Mill — a nod to the company’s focus on youth empowerment.

Under Rabble Mill, we’re excited to shift our focus toward providing direct support to help musicians reach their next level, while developing the next generation(s) of music industry workers and performers. We’re doubling down on our commitment to growing a stronger Nebraska music industry and community, and we’re thrilled to team up with The Bay to do all that and so much more. Combining our staff, boards and programs, will allow us to more effectively, and enduringly, grow and impact Nebraska culture, talent and families.

In addition to ensuring existing programs drive even deeper, we’re creating new ones together under Rabble Mill, including:

In the coming weeks and months, we’ll have more changes to what you have come to expect from both organizations over the last seven-plus years. Programs like the Good Living Tour, Hear Grand Island and Take Cover will stick around, and we’ll still be working to evolve Nebraska’s narrative through multimedia storytelling. That means covering Nebraska music as well as its various creative scenes and professionals. Editorially, we’re taking what we’ve learned and passing it on to aspiring young journalists.

Find more information about Rabble Mill at its new website here. And since we know you’ll have questions, send them to info@hearnebraska.org; our inbox is open.

Omaha ex-pat pianist/songwriter Anna McClellan has announced the release of a new album Yes and No, along with new track “Heart of Hearts.” The off-kilter pop tune is melodically infectious, if a little wonky, with an epic and theatrical break in its center.

The Fader, which premiered the track, called it “bubbly,” while McClellan herself said, “it’s about having a crush on someone and also contemplating the state of the world and how it’s messed up but I’m gonna keep chipping away at what’s good. It’s kind of a let-me-just-dump-whatever-im-feeling-into-this-song song.” Listen below:

If the new track is any indication, Yes and No — which drops Feb 23 on Father/Daughter Records — looks to build on the nervous brilliance of McClellan’s debut solo record Fire Flames. The announcement comes swiftly on the heels of her split release with Thick Paint, with whom she currently tours. See dates below.

Ask a devout Cursive fan their favorite of the Omaha indie rock band’s seven full-length albums and chances are you’ll receive one of two responses. The Ugly Organ lives as the catalogue’s gold standard, arguably the band’s big break and the inspiration for countless tattoos while Domestica still boasts a stout cult following.

However, when Noisey put the question to frontman Tim Kasher for its “Rank Your Records” series, neither emerged as his top choice. “The Ugly Organ is probably the best, but it’s never been my favorite,” he told writer David Anthony as part of an interview that will at least cause fans to simmer for a few days.

In fact, Kasher gave that honor 2009 release Mama, I’m Swollen, while placing The Ugly Organ and Domestica third and fourth, respectively. He says that in conversations with the band over the years, Mama emerged as “more or less” the favorite. As a relatively straightforward record, he also calls it and underdog for a band that has made trademarks of its complexity and “tricks.”

“It’s very song-based, and also a very dark record, and very emotional,” Kasher said. “I look back at that record and it feels very complete. It feels more finished than records tend to feel, because you always want to do more to them.”

One of the most interesting parts of the interview is how Kasher acknowledges entering the conversation at odds with fan opinion, laying out all the personal reasons for doing so. And if you think about it, it’s not so wild for the creator(s) to veer from the public read on their work. Even if it changes nothing, that sort of indirect dialogue makes things more intriguing.

Anyway, read the interview and feature here for the full list and let the debates rekindle. Cursive’s first two records — The Storms Of Early Summer and Such Blinding Stars For Starving Eyes – reissue today via 15 Passenger.

Find our picks for weekend shows below and a fuller listing via our statewide calendar here. Submit your own via the contribute feature here or email us at news@hearnebraska.org.

Alli & I with Alexa Kriss at The Bay – Lincoln songwriter Alli & I caps his ten-year anniversary celebration by recording a live album tonight at The Bay. Alexa Kriss will debut a new music video for “I Believe In Love,” the first track from her latest EP (the lyric video is below). 7 p.m. show, $5, all-ages, RSVP here.

Whitney with NE-HI at The Waiting Room – Chicago indie rock band Whitney formed in 2015 by Max Kakacek and Julien Ehrlich, out of the ashes of their former band Smith Westerns. Their 2016 debut Light Upon The Lake garnered general critical acclaim, with Pitchfork’s Matthew Schnipper writing, “they sound perfect right now, and it’s hard to argue with being in the right place at the right time.” Fellow Chicagoans NE-Hi open tonight’s show. 9 p.m., $15, all-ages, RSVP here.