This year’s lineup casts a wide net with hip-hop, folk, indie rock, blues and ska all featured in the series. We’re excited to see the series come together again to showcase the array of music and art being created right here in Lincoln.

Hear Lincoln originally launched in 2011 as a way to connect the local music scene with a new audience. Following its absence in 2016, and in the wake of Hear Grand Island’s evening success, it moves from its former lunch-hour time slot to post-work-day.

The series kicks off with Spit Seeds for Proceeds, a joint watermelon-seed-spitting contest that benefits Hear Nebraska and The Bay. It starts at 4 p.m. and watermelons are free, with a $5 suggested donation. Evol Empire Creative, Whole Foods and WTRMLNWTR sponsor this specific concert. Find more information here.

Hear Lincoln concludes Friday, Sept 29, during night two of Lincoln Calling Music Festival, Sept 28-30. The show will happen on the festival’s Night Market Stage — amidst local vendors and a beer garden — on a closed-down 14th St between O and P.

Check out the full Hear Lincoln lineup below:

The 2017 Hear Lincoln is made possible thanks to Downtown Lincoln Association, Hudl, Powers Law, Whole Foods, The Bay.

Music and art have always wielded more power than just the energy to stimulate and excite, and at Milk Run and Midtown Art Supply, a new festival will use music and art’s capacity to empower and encourage too.

No Means No Fest takes place from 7 p.m. to 2 a.m. tonight at Milk Run and Midtown Art Supply, 2578 Harney Street, and all funds go to Nebraska Sexual Assault and Abuse Prevention Program, an Omaha-based organization aiming to curb the city and the music and art scene’s issues with rape culture.

The festival was born out of a pair of goals; the first being a desire to fundraise for NESAAP, which is in the process of applying for non-profit status, so the organization can assist more survivors coming from low socioeconomic backgrounds who don’t have the means to pay for the medical attention or therapy they may need. No Means No Fest also aims to amplify the voices of survivors of sexual assault and abuse through art and through shaping a safe space where there’s no fear of being re-traumatized.

“I just wanted to make sure that even audience members or even the crowd that comes to these shows also feels safe in coming to [Milk Run] without having to feel uncomfortable or feel in any sort of danger,” says, A.B, festival organizer and NESAAP outreach director.

In today’s social and political climate, with NESAAP and other sexual assault and prevention organizations like Voices of Hope at risk of losing funding under the current presidential administration, A.B says they see the present as a crucial time to be able to assist survivors.

With the help of a number of local businesses, No Means No Fest will be a night full of music, art and poetry with a burlesque show following the festival’s lineup.

See the full lineup below, and find more info on No Means No Fest here.

Over the past year, Farris has documented the Nebraska music scene through her photography and videography, shooting shows from Killswitch Engage to The 1975 and creating video features on local artists and record labels. Her work will be on display from 5 p.m. to 9 p.m. Friday night, and she will give a talk at the opening as well. Lincoln musician Kerry Eddy will perform throughout the night.

Farris’s show is part of the new Extant series organized by Fly Over Media, which aims to produce and publish journalism that explores underrepresented topics, like rural communities and local music scenes. Check out the full series schedule below. 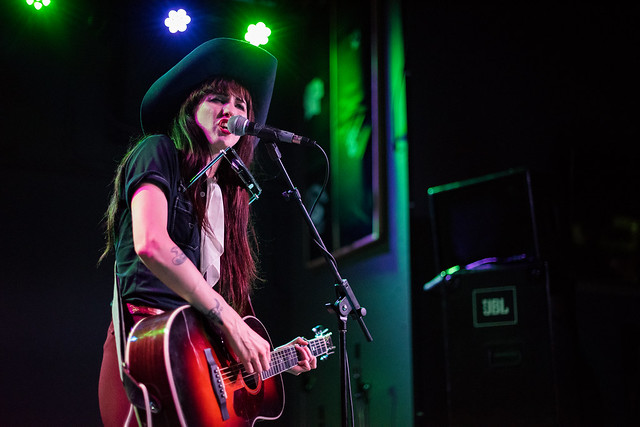 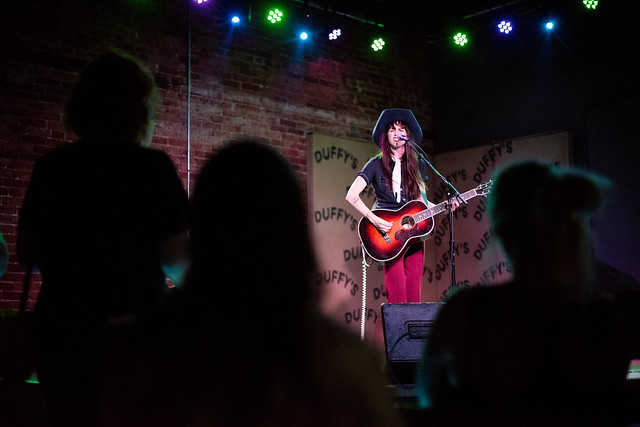 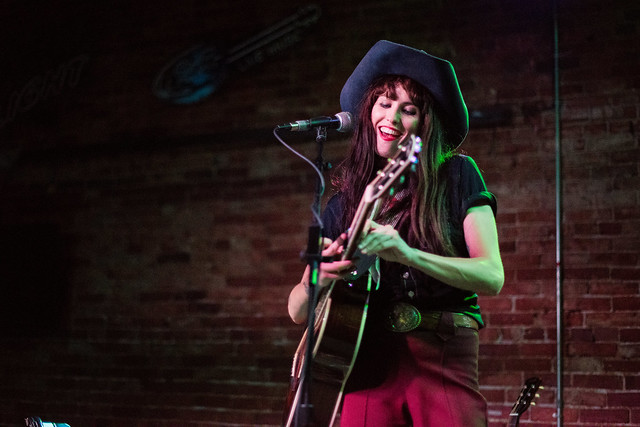 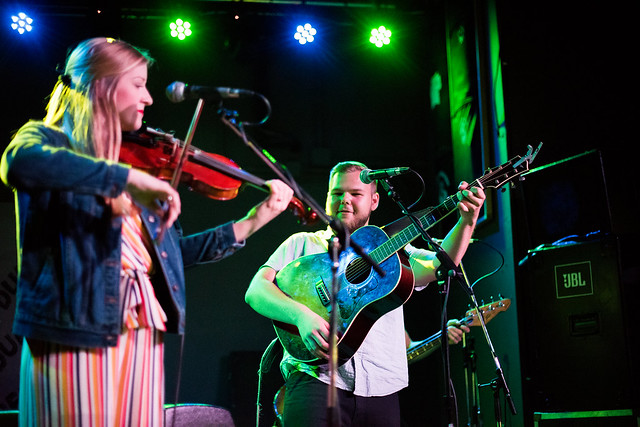 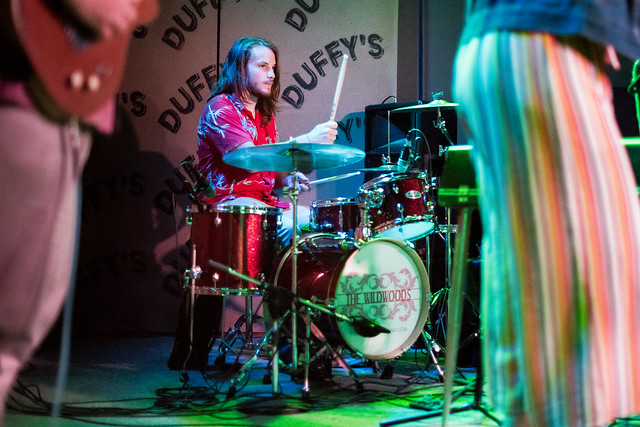 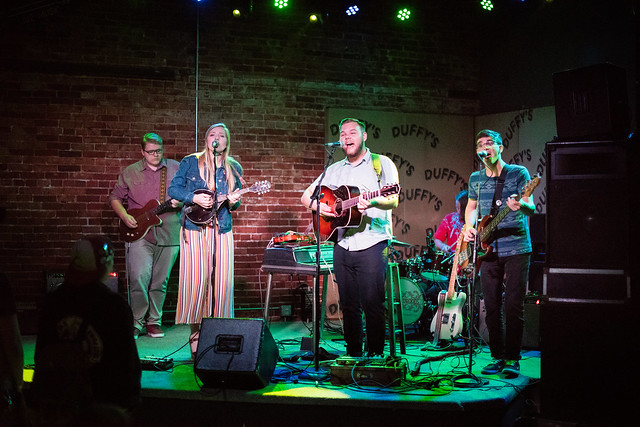 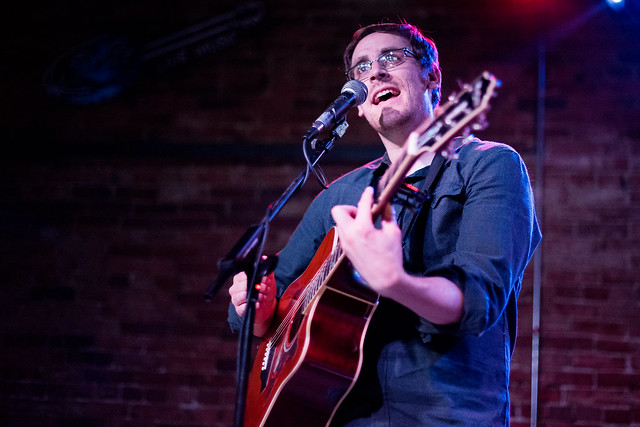 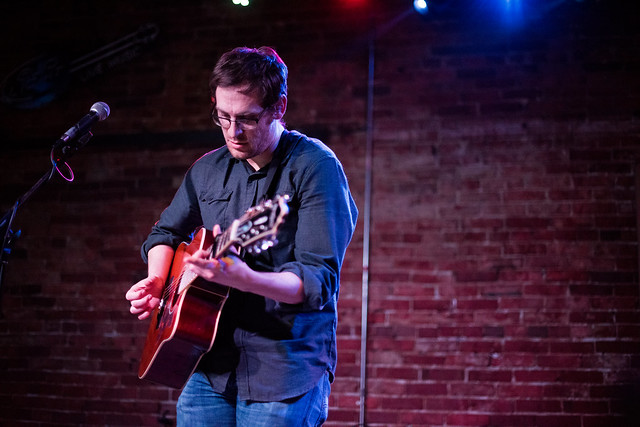 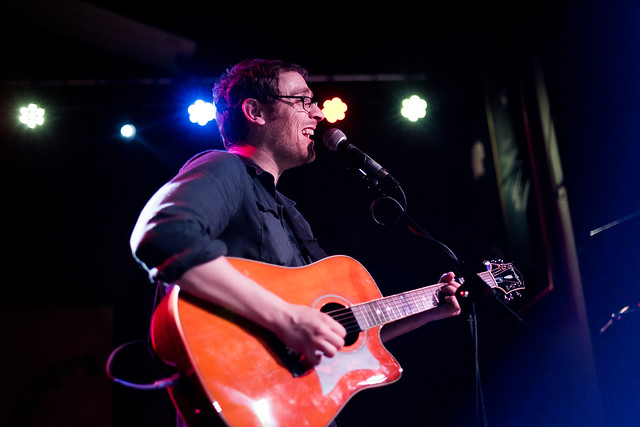 HN contributor Dean Birkheimer went to the Bourbon on Wednesday to catch ska titans Reel Big Fish with skate punk all-stars The Expendables, The Queers and Tunnel Vision. Reel Big Fish is in the midst of a two-month tour stretching from coast to coast, bringing craft beers for sale along the way. Take a look at Birkheimer’s photos below. 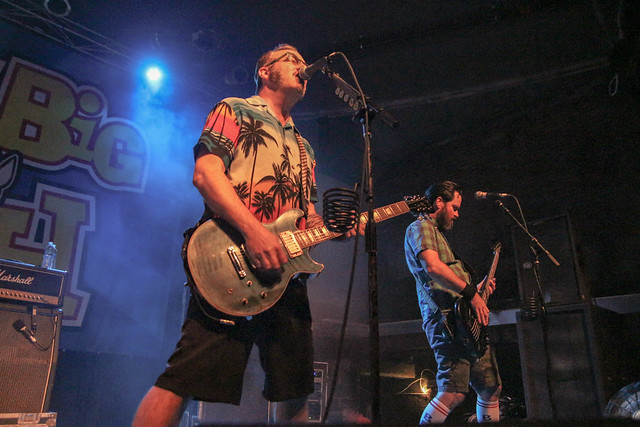 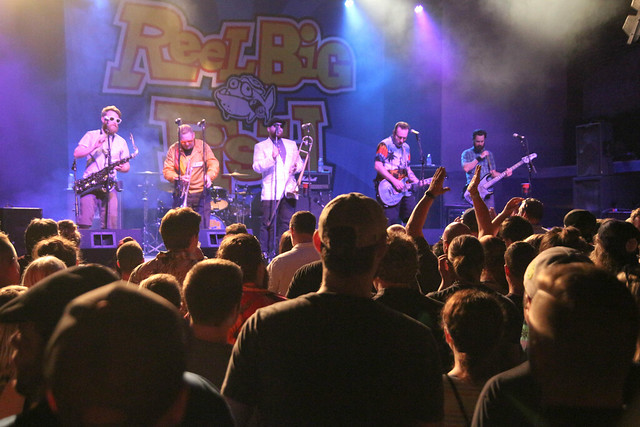 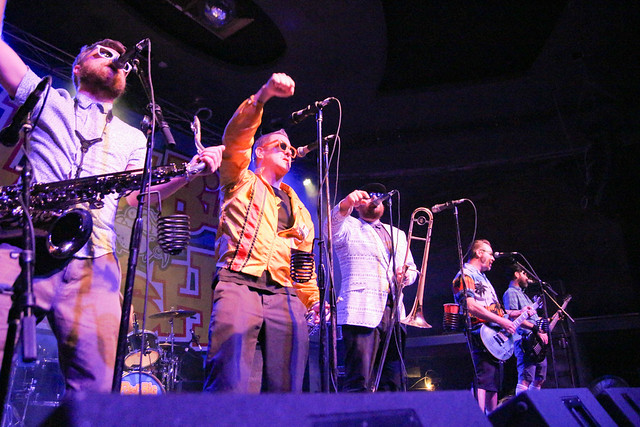 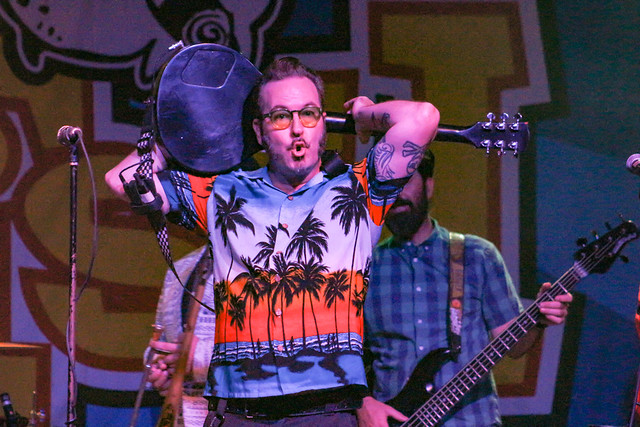 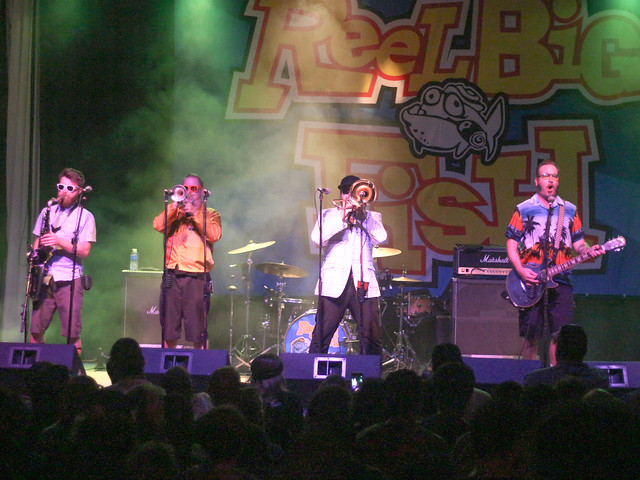 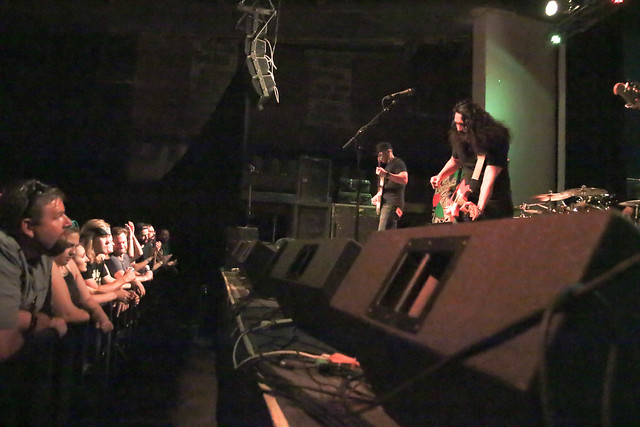 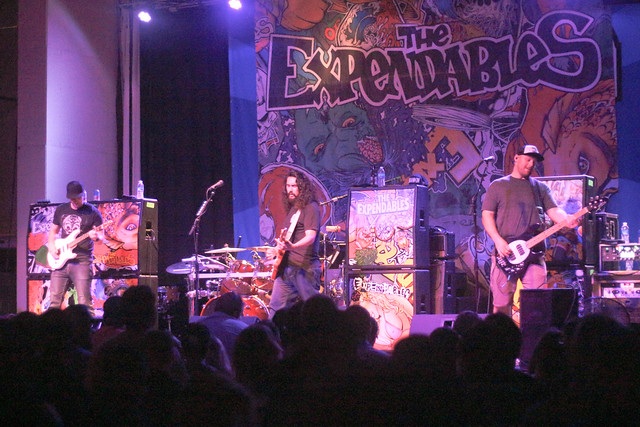 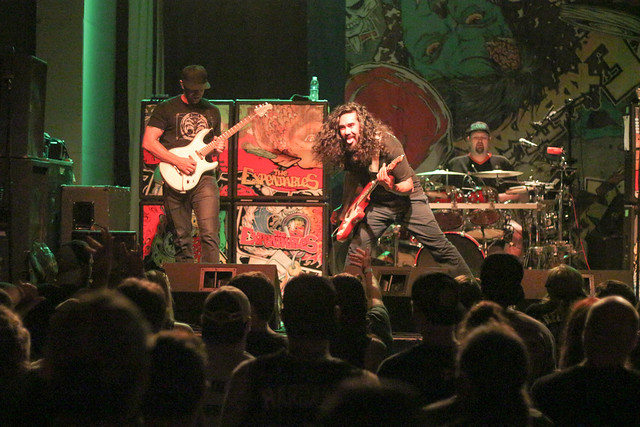 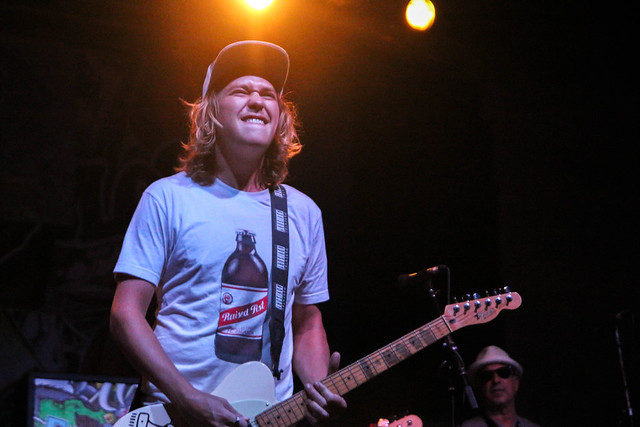 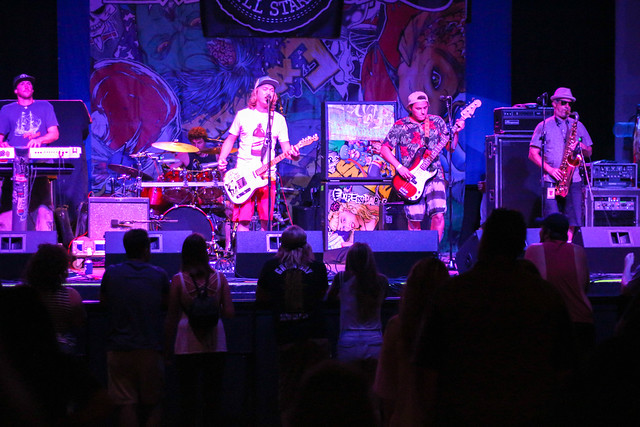 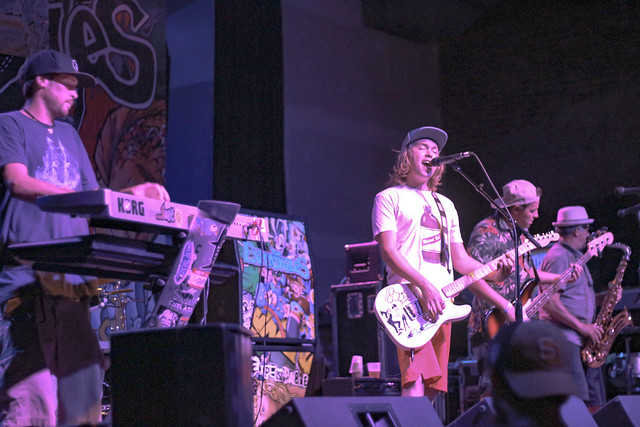 The next three days in Nebraska are full of shows, so head into the weekend with a plan by checking out our picks below. Give our events page a look for a more comprehensive list of shows, and add your own shows to the page with our contribute feature here.

Hear Grand Island with The Midnight Devils, CJ Clydesdale Band, Upset and Trailer Swift of The Deadbeats (DJ set) – With Hear Grand Island heading into its sixth week, it’s bringing Omaha glam metal trio The Midnight Devils out to GI to headline. The band recently did a Q&A with HN, which you can read here, about retaining its glam metal style into the present and the importance of local, original music. Lincoln blues rock quartet CJ Clydesdale Band, UpSet and Trailer Swift fill out the lineup. As always, food and drink options will be available in Railside Plaza. 7 p.m. RSVP here.

ZooFest 2017 featuring Charlie Musselwhite and Ruthie Foster – This year marks The Zoo Bar’s 44th anniversary, and it’s celebrating with its annual ZooFest. The two-day festival boasts a lineup featuring blues and R&B veterans Charlie Musselwhite and Ruthie Foster, rounded out with local and touring bands including Josh Hoyer & Soul Colossal and The Paladins. Check out the full lineup and ticket info at The Zoo’s website. Music starts tonight at 5 p.m. with The Bel Airs.