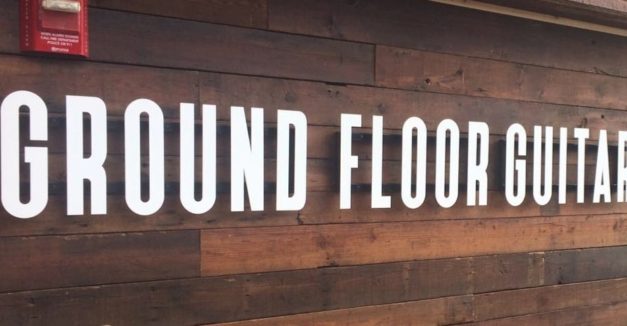 “Musicians can be a sensitive bunch as we all have egos,” Soto says. “So our goal is to make it an inviting atmosphere where there are no dumb questions and [participants] will leave feeling better and more confident.”

“I really want people to know that we are here to be a service to our community,” Soto says.

Friday’s hour-long workshop starts at 7 p.m. All ages and experience levels are invited, and attendees are free to bring in their own instruments to address specific concerns. RSVP here.

Josh Hoyer & Soul Colossal premiered a brand new video yesterday via online publication The Vinyl District. The clip, set to a remix of Running From Love track “Natural,” depicts a couple going through the motions in a “robotic” relationship. When one half starts sneaking around with another person, his partner exacts revenge.

The article itself is laden with familiar Nebraska tropes —references to football, corn and token surprise at “such a funky, soulful sound” coming from Lincoln. It’s here if you’re interested, or bypass it and watch the video below:

“It allows our department to showcase art and culture … [and] the plaza is a great place to go friday night before the weekend,” says Special Projects Coordinator Emily Burgess.

New in its fourth year, Bridge Beats will feature a “Chalk Walk” with a handful of 3D street chalk artists. Jennifer Chaparro will create a mural this Friday that emphasizes the National Park Service’s “Find Your Park” initiative. Local artists Kristin Pluhacek and Matt Seeley are featured later in the series.

Friday’s concert starts at 6 p.m., and Ox ‘n’ Bull BBQ Food Truck and Harney Street Tavern will be on hand. Patrons are encouraged to bring their own lawn chairs, blankets and food as well. RSVP here.

See the entire summer schedule below:

Have a news tip, story idea, new release or other happenings to share? Send the details to news@hearnebraska.org.