Maha Music Festival looks to make a big splash again this year, following its 2015 sell-out concert. For evidence, look no further than the lineup.

Though the lineup generally skews toward a younger crowd, there’s something for everyone. For that reason, Maha is already a threat to sell out again. In fact, the mix of contemporary buzz, diverse tastes and mainstays helps thwart the nitpicky criticism of the lineup’s lack of cohesion.

Maha rolls with local acts touring far and wide in See Through Dresses and Josh Hoyer. CJ Mills’ inclusion is a plus for both parties with her rapid ascension to local acclaim; while most will know the other two locals, for Mills, its a chance for exposure to a wider audience.

Major festival lineup announcements have become a source of intense fanfare, and though it’s no Coachella or Bonnaroo (nor does it purport to be), Maha’s case was no different leading up to last night’s reveal. Social media was alight with mostly positive enthusiasm, much of it aimed at Vince Staples and Grimes, surprises at first glance until you consider the California rapper’s recent success at SXSW and Grimes’ status as an exciting, atypical vocal performer.

All of that is to say we’re also excited about the lineup, which can be viewed in its entirety below. Tickets are on sale now at Maha’s website here.

Bien Fang, The Morbs, No Thanks at Duffy’s Tavern

Kicking off our week-in-photo recap, HN intern Lindsey Yoneda went to Duffy’s Tavern last night to snap photos of Lincoln acts Bien Fang and The Morbs and Omaha’s No Thanks. See her photos below: 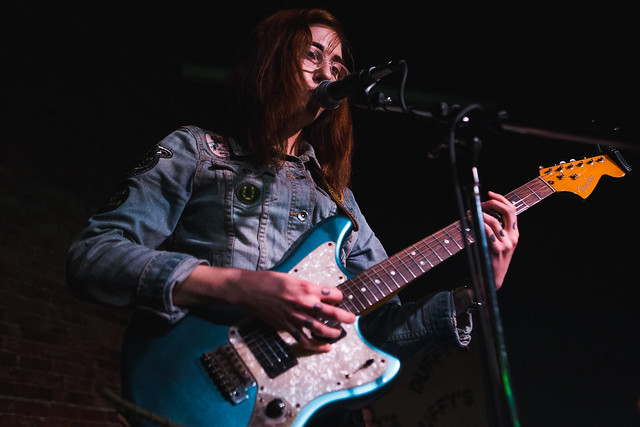 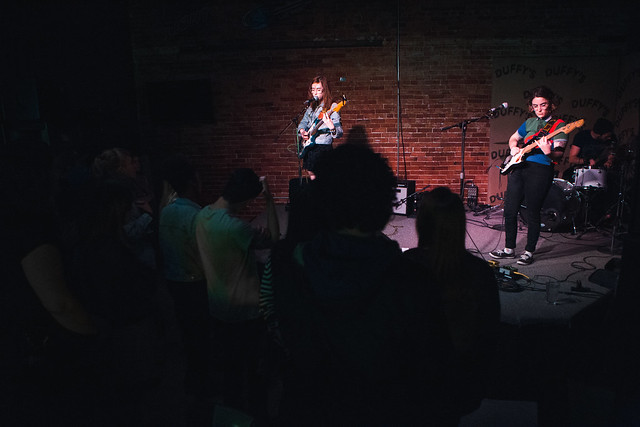 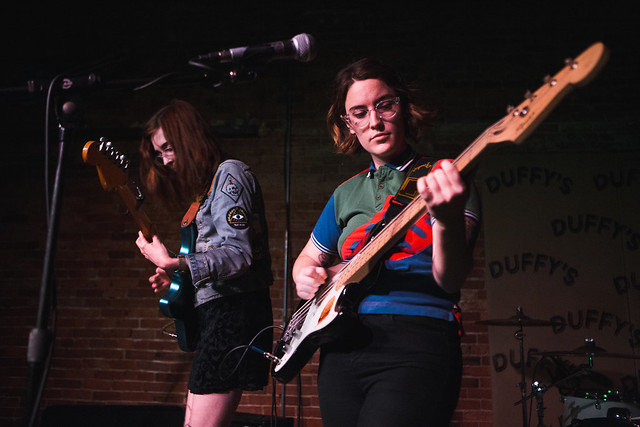 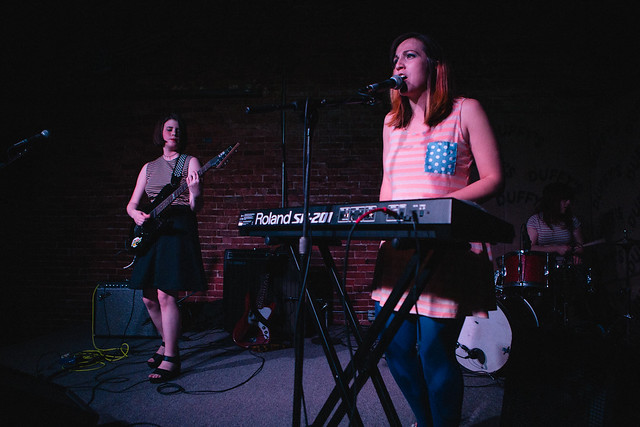 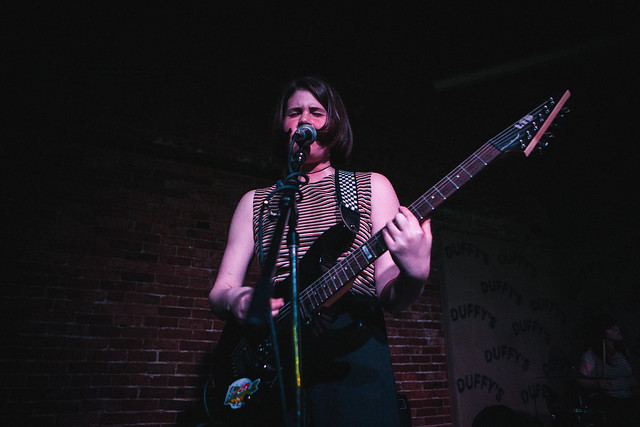 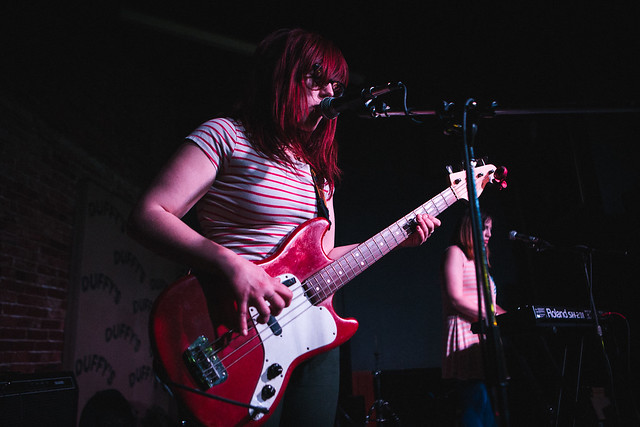 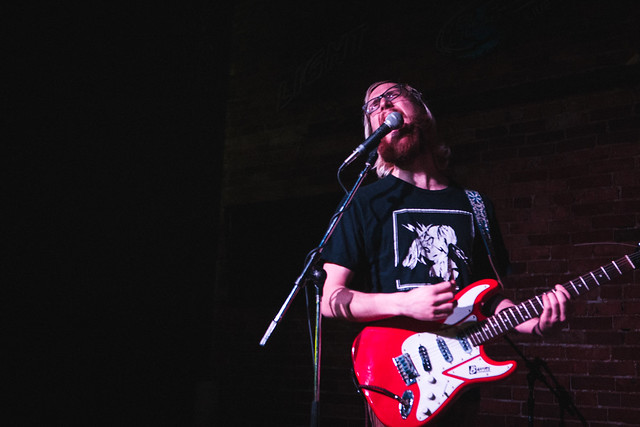 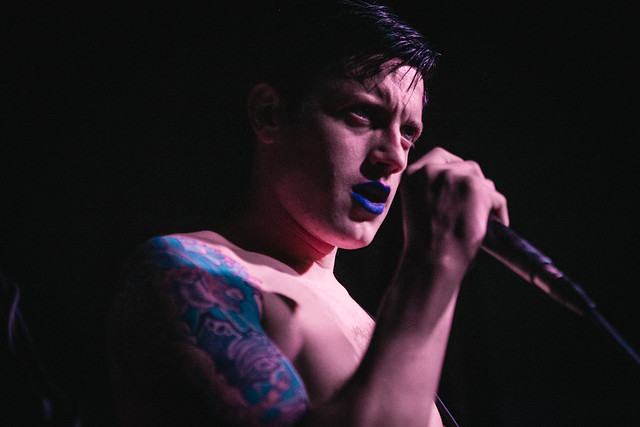 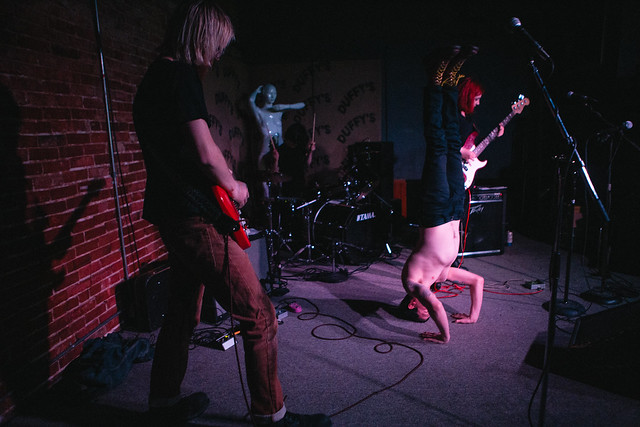 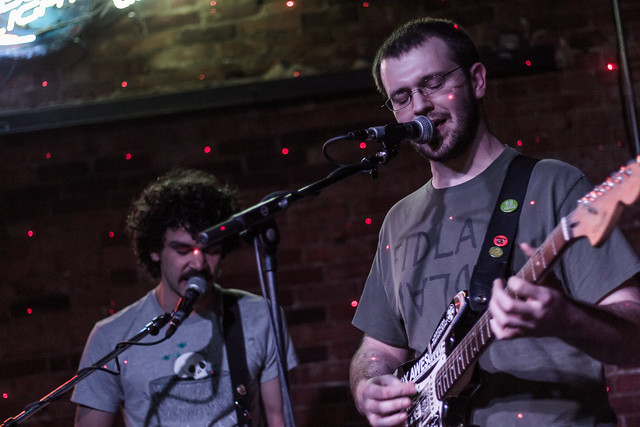 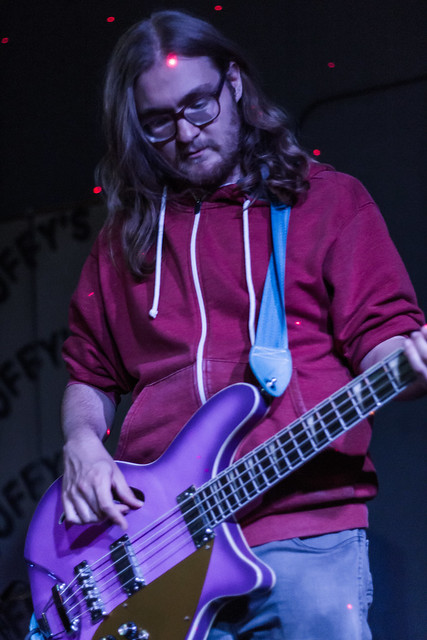 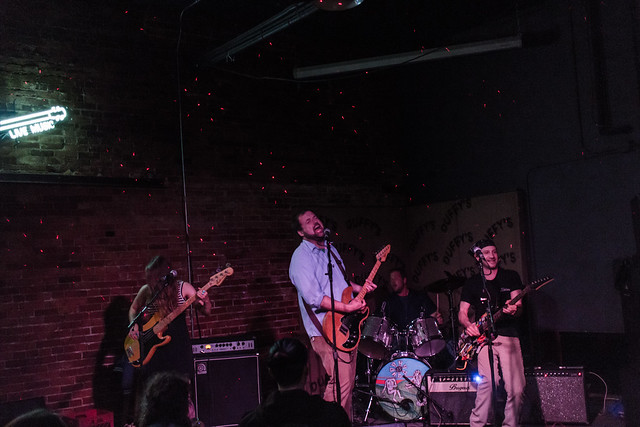 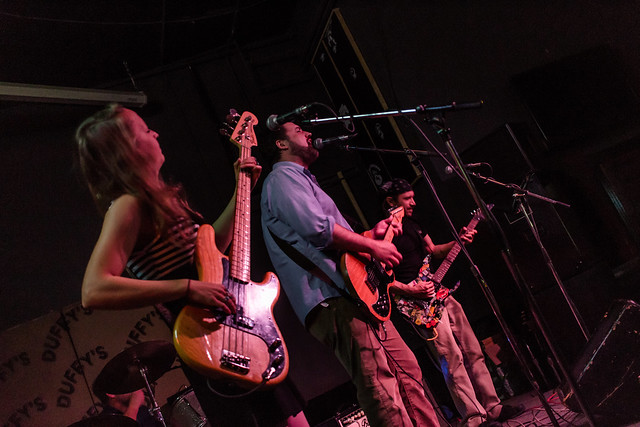 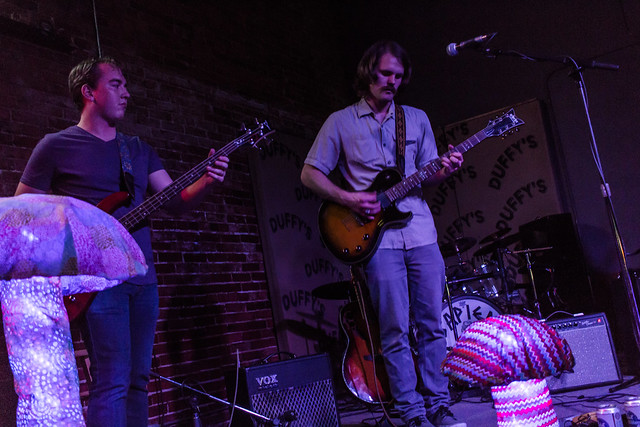 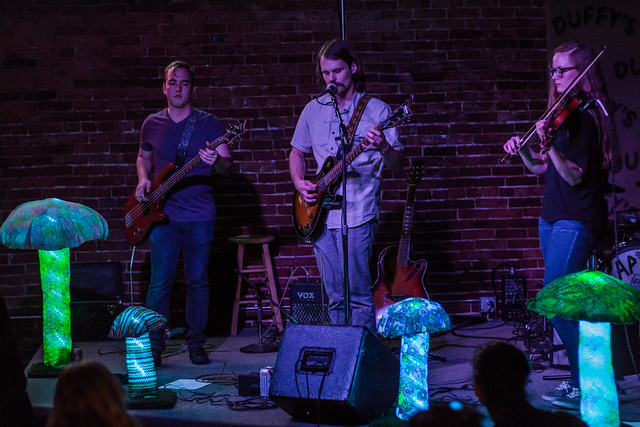 In between Duffy’s sets Wednesday, Dean hopped over to Zoo Bar for Jens Lehman & the Time Cops, The Hottman Sisters and Tiny Monsters. Jens Lehman is putting the finishing touches on an album due out at the end of May. See Dean’s photos below: 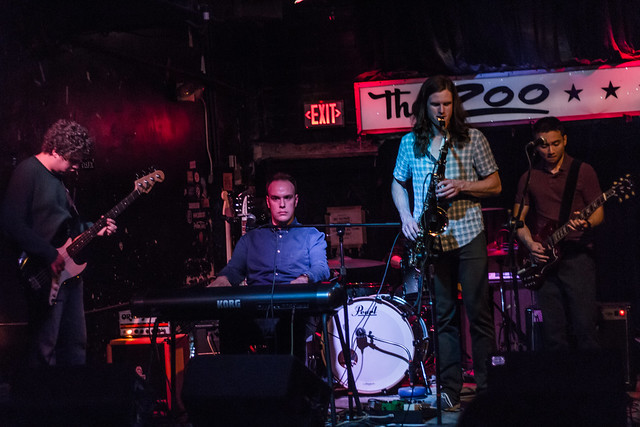 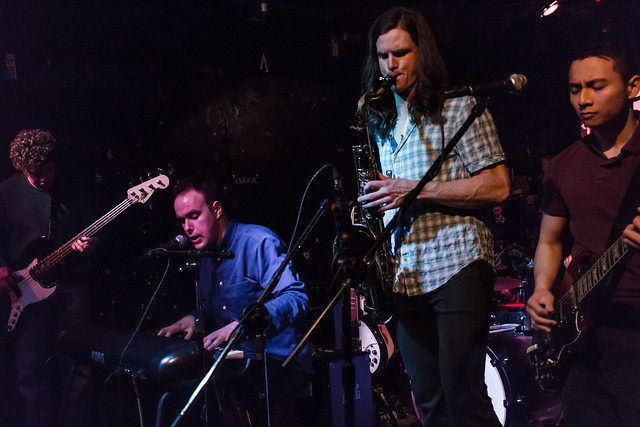 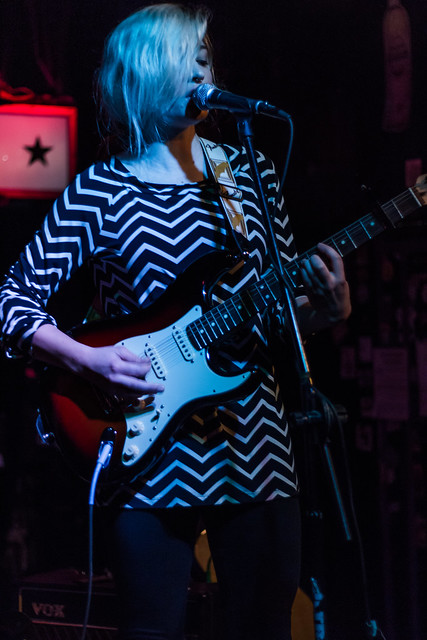 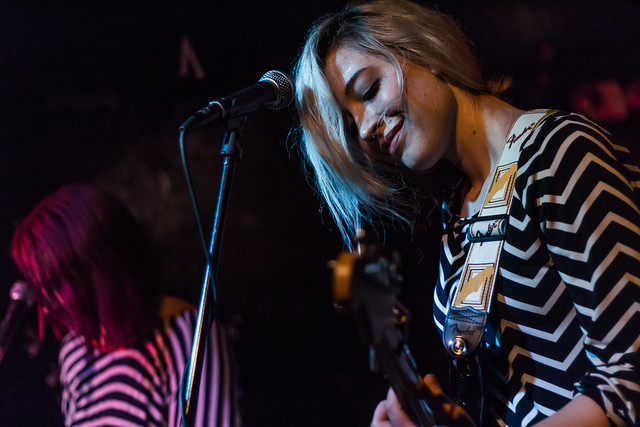 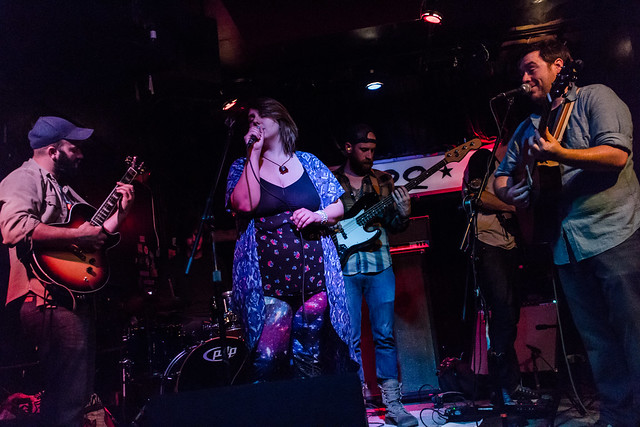 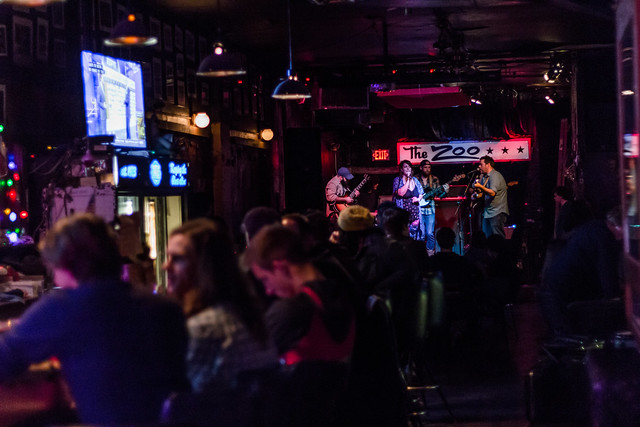 Let’s quickly spin through the weekend in music. For a fuller listing, head to our statewide calendar here.

Satchel Grande, Matt Whipkey and Kethro play Band Build at Slowdown – Omaha Habitat Young Professionals throws its sixth-annual event to benefit Habitat for Humanity of Omaha. Omaha HYP is a group of volunteers promoting homeownership, and all proceeds from the event go toward eliminating poverty housing in the Omaha community. Tickets are $15 in advance, $25 for VIP. The all-ages show starts at 9 p.m. RSVP here.

Giant’s Arrow plays its final show at Duffy’s Tavern – The Lincoln indie/punk band plays its final show, as guitarist Jeremy Wurst heads west. Better Friend and Domestica support, which makes this simultaneously the loudest and likely most emotional show on the Friday night slate. The 9 p.m. show is $5, RSVP here.

Porchfest Spring Fling at SP CE Commons – Porchfest organizer Maya Khasin hosts an event fundraiser/dance party at Lincoln’s SP CE Commons. Porchfest LNK is a free, grassroots community music festival which will take place this summer in the Capitol adjacent neighborhood. DJ Ch Egen will be spinning downstairs and there’ll be punch and ice cream upstairs, as well as a raffle for zines by Michael Johnson, noise tapes by Emily Wynn, The North by Hana Zara and Libraries Around the World Coloring Book by Lacey Losh. Suggested donation is $5-10, though no one will be turned away for lack of funds. RSVP here.

Verse & the Vices album release at Vega with Powerful Science and Root Marm Chicken Farm Jug Band – the Lincoln jam rock band releases its debut full-length tomorrow night, which we wrote about earlier in the week. The 9 p.m. show is $5 in advance, $7 tomorrow. RSVP here.

If you do not see your show or one you plan to attend on our statewide calendar, email us at news@hearnebraska.org or leave it in the comments. Connect with us on Twitter and Instagram via @hearnebraska. See you out there.