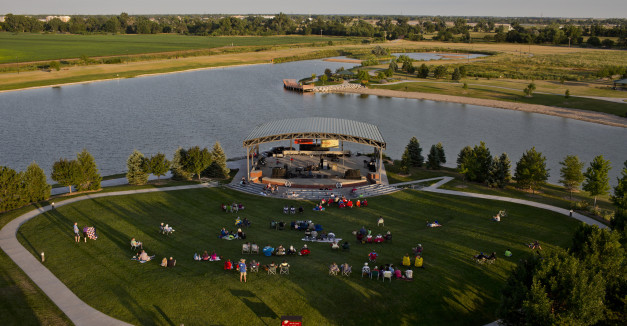 Last night, the Good Living Tour stopped in Kearney for a show at the beautiful Cope Amphitheater, just a few miles from downtown. Local singer/songwriter Mike Adams led off the show with a solo acoustic set. Omaha post-hardcore quintet The Seen played the middle with billowing guitar swells and frontman Buck Blanc’s anguished wails. Lincoln’s pre-eminent soul outfit Josh Hoyer and the Shadowboxers closed the night down with a rousing set, drawing largely from its most recent LP Living By The Minute.

It was a muggy yet cool evening. Though the turnout was slightly thin, many who stopped by the merch booth (where yours truly enjoyed a panoramic stage view) were enjoying themselves, taking care to note how much others were missing out.

View photos of the show below by our Nickolai Hammar and Chris Dinan: 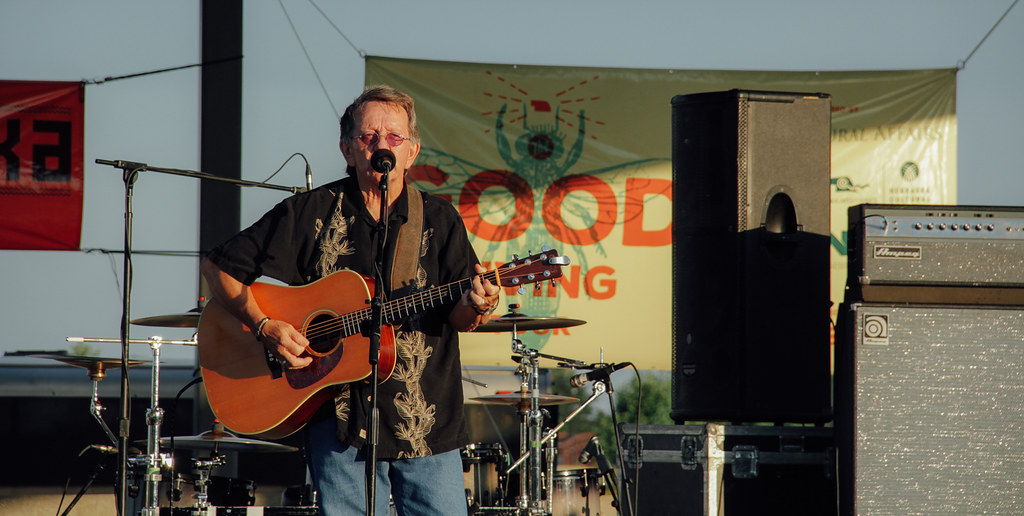 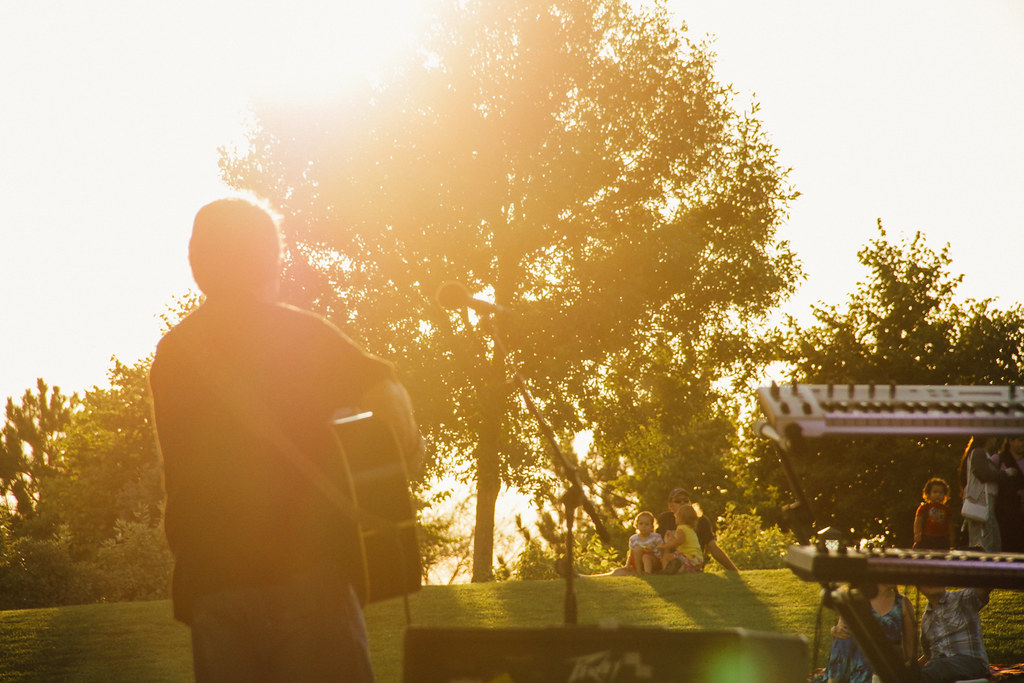 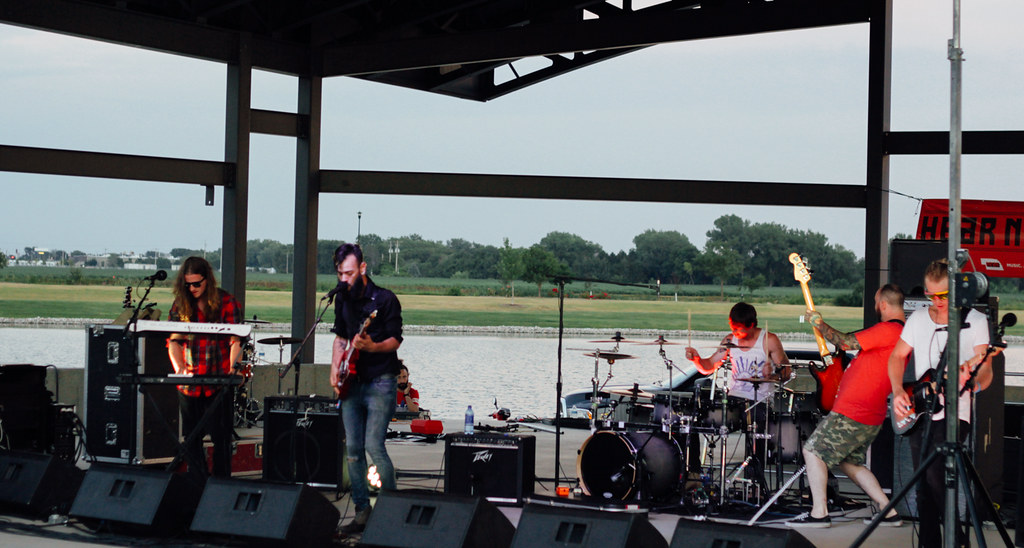 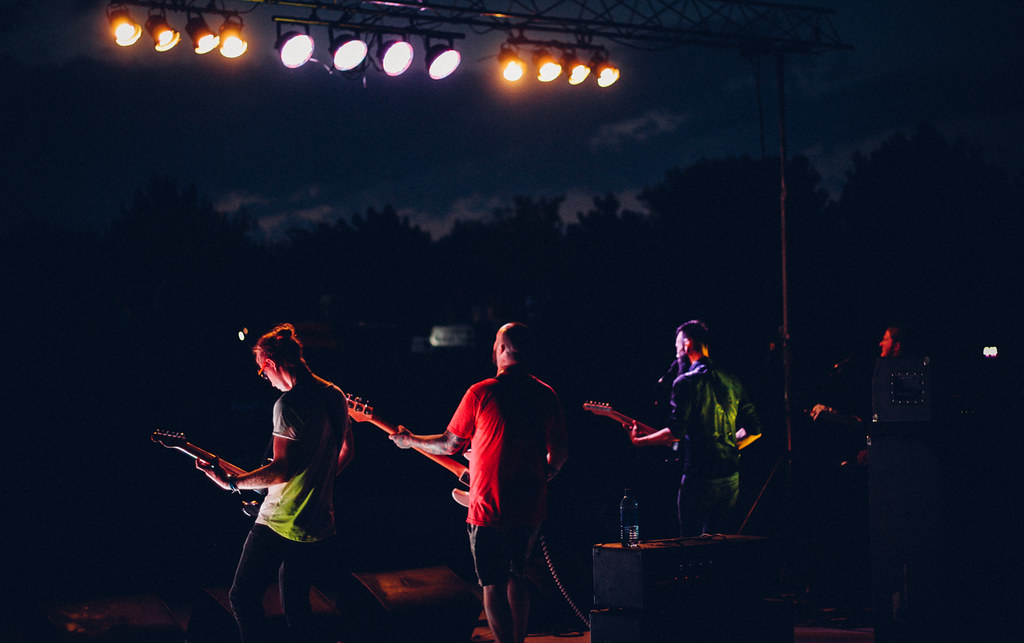 Josh Hoyer and the Shadowboxers 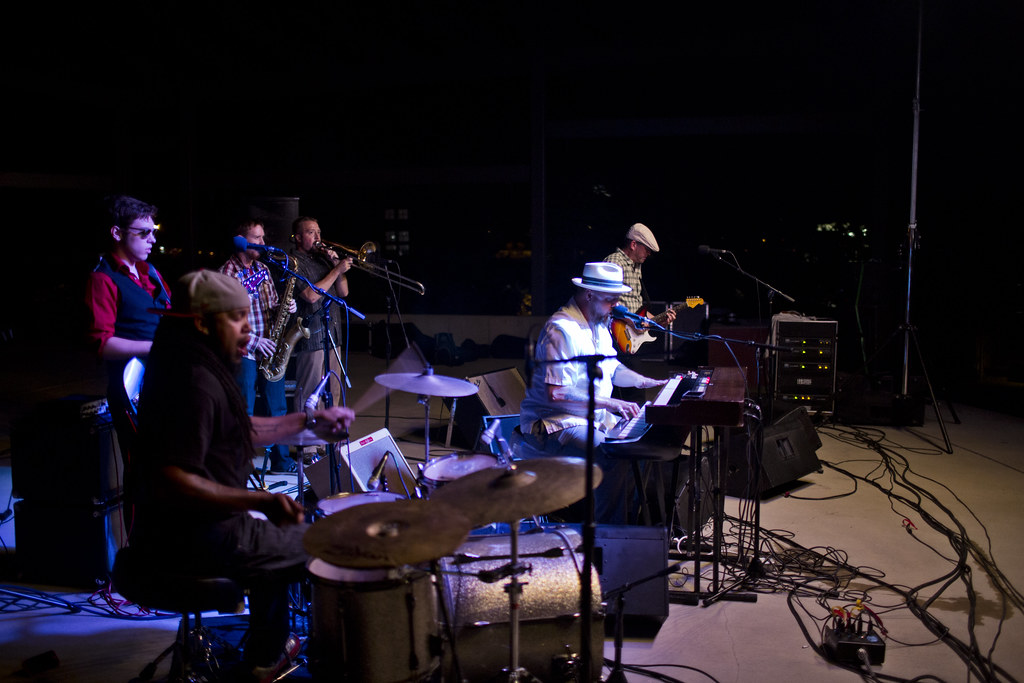 Tonight, the HN road crew is at the Nielsen Community Center in West Point. Performing are West Point native Dustin Prinz and a pair of Omaha rock outfits, John Klemmensen and the Party and Rock Paper Dynamite. RSVP here.

As of yesterday, NPR is streaming the new Mynabirds LP Lovers Know in its First-Listen series.

NPR Music’s Katie Presley deems Lovers Know “…a record with a restless explorer’s heart … shot through with sonic wanderlust…” There’s certainly a dreamy, spacey quality that runs throughout, Laura Burhenn’s keyboard work and woozy voice the threads that hold the fabric together.

Hear Lovers Know for the first time below. The record drops Aug 7 on Saddle Creek Records. Mynabirds comes to Slowdown in Omaha on Sept. 17 (RSVP here).

In the center of an intimately lit bedroom, a couple shares a deep, passionate kiss. The camera cinematically revolves around them as the couple are presumably on the verge of lovemaking; a romantic scene, broken apart by a would-be, flower-bearing casanova, dejected upon bursting into the room.

Today, Omaha rock band Uh Oh released the video for “Shooting Arrows,” from its recently released EP In The Glow.

The Matt Mejstrik-directed video continues from its love triangle scene with the rejected man leaving in a jeep, promptly leaving another friend behind. The camera follows each offended party until they pass it on to another in a comical montage of anger and frustration.

View the video below:

In promotion of its forthcoming album, The Good Life is running a “Golden Ticket” contest for online pre-orders.

Those who order Everybody’s Coming Down from the Saddle Creek Records online store before it’s Aug. 14 release date will be entered for a chance to win. The grand prize winner receives their very own song written from the road by the Tim Kasher-led Omaha indie rock band.

Get the full details here at Saddle Creek’s website. 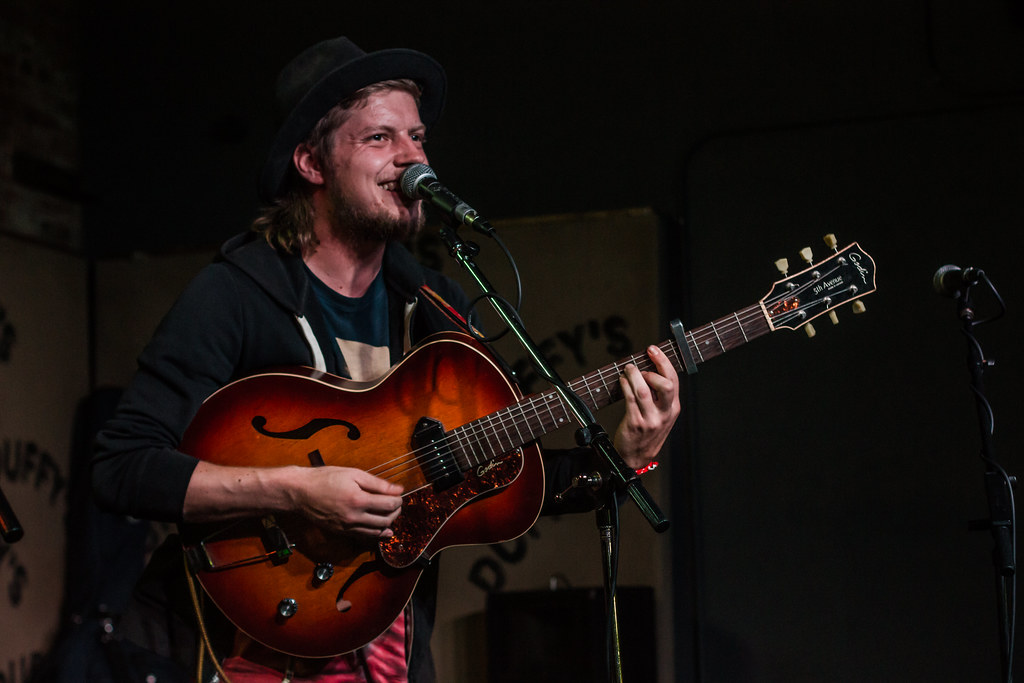 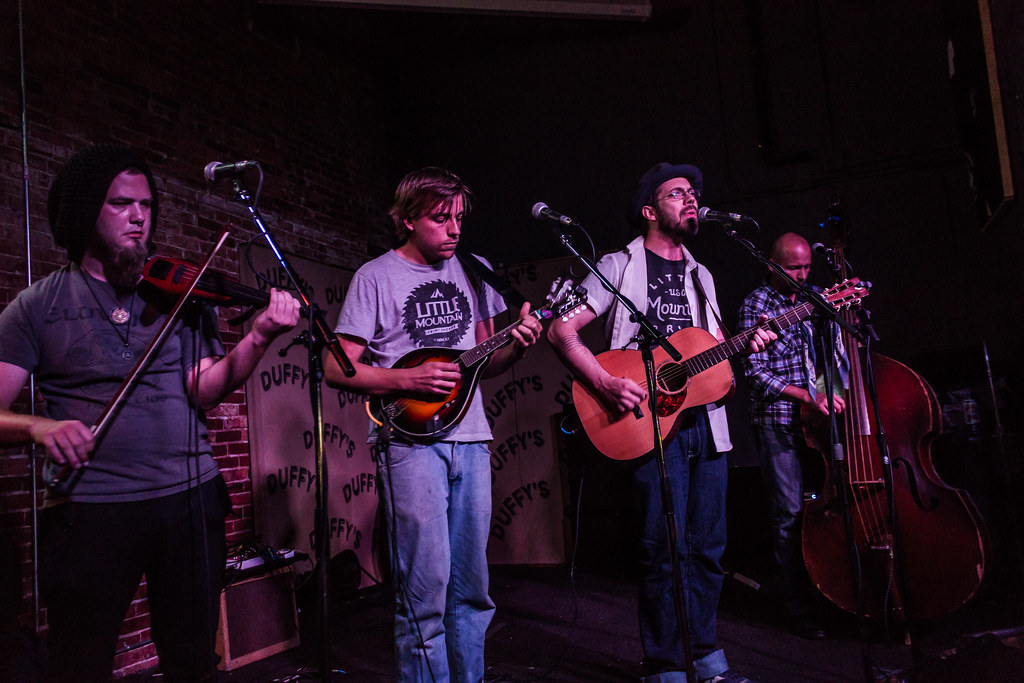 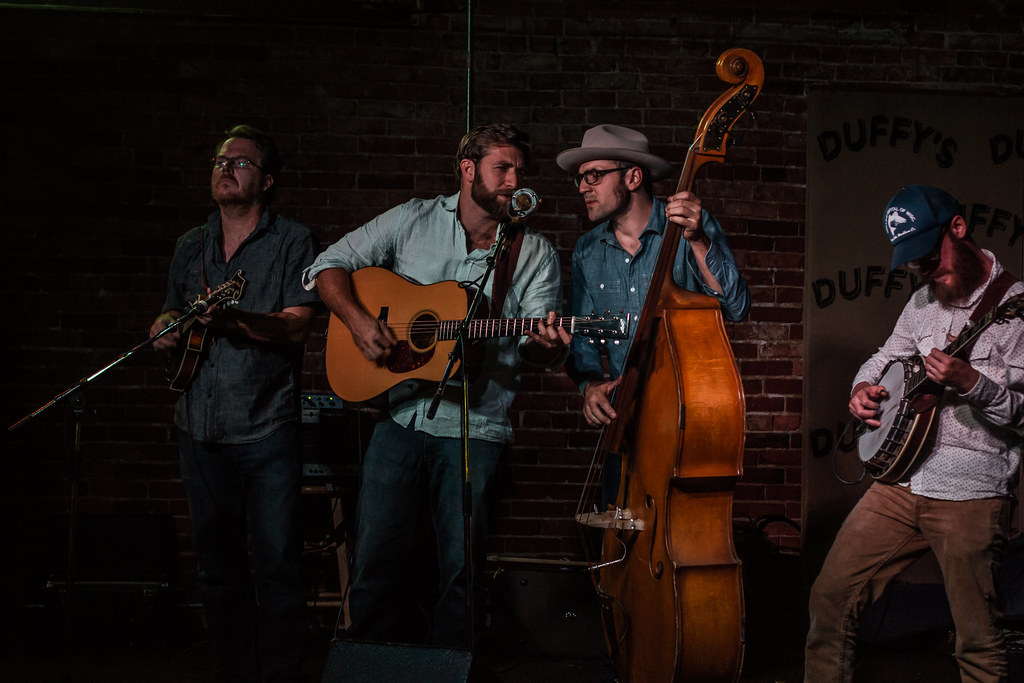 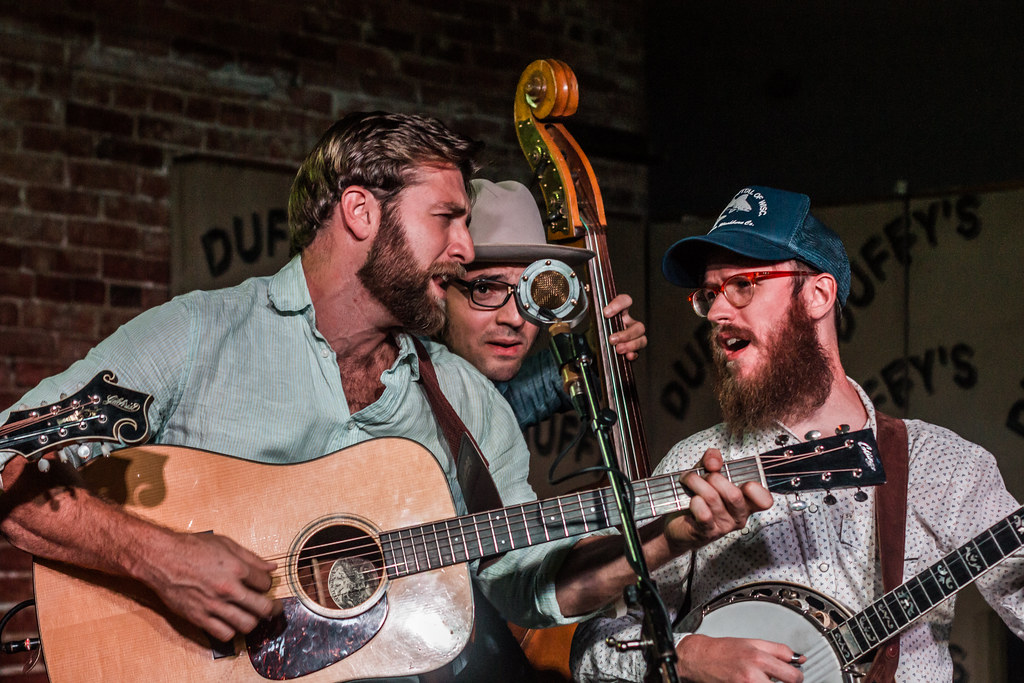 Tonight, bedroom pop act Andrew Shaw and the Sister Act plays Vega with Scott Severin. The Salt Lake City trio released full-length record You’ve Got An Evil Place In Your Heart July 7, less than a week after playing its first ever show. Entry is $5, RSVP here.

For a fuller listing of shows, check out our statewide events calendar at hearnebraska.org/news. As always, feel free to email us at news@hearnebraska.org with story ideas, news tips or upcoming shows.