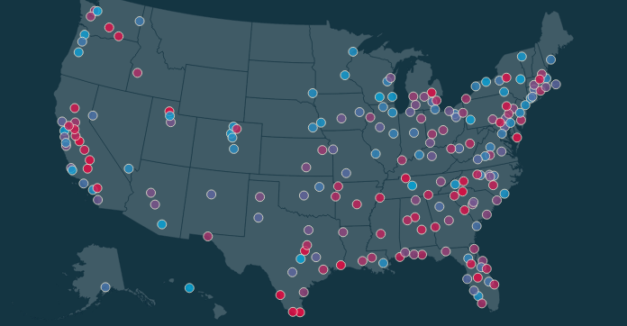 The Good Life, Vegetable Deluxe, CJ Mills and DJ Tyrone Storm play Ord’s Golden Husk theater on The Good Living Tour’s kick-off show (safe, for a night, from the heat; RSVP here). Tonight marks the first of 12 free, all-ages concerts that will take place across Greater Nebraska during the next three weekends.

Earlier this week, we covered all 47 bands/musicians/DJs in our comprehensive guide, which contains concert dates, times and lineups. Prepare for your stop — or plan a roadtrip — here.

Check back later today, as we start to roll out features from the GLT storytelling trip. And stay with the news section each Friday and Monday of tour for complete coverage.

We’ll see you on the road.

A national poll has ranked Nebraska’s two largest cities in the top 50 for music fandom.

Though no such study is perfect, this one shakes up conventional thought in many ways. Honolulu is a surprise at the top, while Philadelphia’s absence from the top 20 is incongruous with its representation in national press.

For what it’s worth, it’s nice to see Lincoln and Omaha ranked so highly. The University’s presence in the Capital City likely pushes its “intangibles” ranking up, while Omaha scores high marks in “The Band” and “The Crowd” categories.

The academic semester is already on its way, which means HN is looking to fill Fall internship positions in editorial, multimedia and marketing.

Working both remotely and at either of our Omaha or Lincoln offices, you will help us cover, promote and present the state’s music community for 15-20 hours/week. Journalism, marketing or English majors are preferred, though others are accepted if they possess the essential skills. Find them and the application here.

Apply for fall internships no later than Sunday, August 7. Please email Hear Nebraska’s managing editor at andrews@hearnebraska.org with any questions.

Tonight, English indie band Glass Animals plays Sokol Auditorium, 2234 S 13th St. The internationally touring foursome has risen to noteworthiness in the two years since its debut LP Zaba. It has played numerous major festival spots and sold out a handful of dates on its 2015 touring schedule, which included more than 130 shows. Its sophomore LP How to be a Human Being, is due Aug 26. Lewis Del Mar opens the show. Check him out here in our video from SXSW, which asked touring bands what their impressions are of Nebraska. Tickets are $30. RSVP here.

New Generation Music Festival is just three weeks away, and its organizers are throwing a showcase at The Waiting Room, 6212 Maple St, to gear up. String Theory Music, Ragged Company, Low Long Signal, The Madness Apparatus, Jamire Gray, Jus.B and Edem Soul Music will perform. The concert organization will accept donations on behalf of the family of former Dilemma vocalist Anna Jane Abbott, who passed away earlier this month. RSVP here.