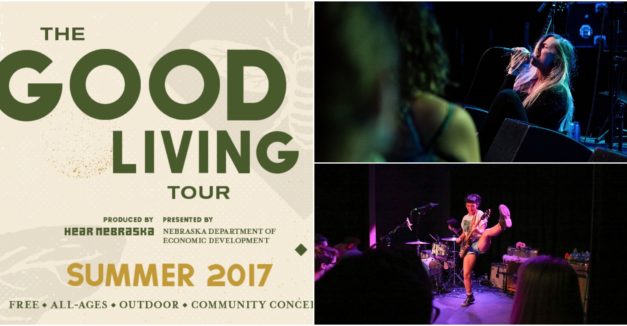 For most, there is a particular tradition that rings in the beginning of summer. Maybe the end of the school semester or that first big camping adventure, or a night inside the movie theater and away from the heat. For the past couple of years around the HN camp, the “family tradition” has been a concert road trip around Greater Nebraska.

Hello from Hebron, home of the world’s largest porch swing, where our Good Living Tour team arrived at Legion Memorial Park this morning to launch the first weekend of concerts. Friday and Saturday — in Auburn — mark the beginning of an eight-concert stretch, presented by the Nebraska Department of Economic Development, that spans the summer, bringing some of Nebraska’s most talented acts to free, all-ages stages throughout the state.

Follow along with us all weekend long on Instagram and Twitter (@hearnebraska, #goodlivingtour). And don’t forget to use the location-specific Snapchat geotag for your stories, thanks to Pinnacle Bank. While we’re showing gratitude, thanks as well to our generous sponsors: Peter Kiewit Foundation, Nebraska Community Foundation, Nebraska Cultural Endowment, Humanities Nebraska, Nebraska Loves Public Schools,Pinnacle Bank,Union Pacific Railroad, Center for Rural Affairs.

We’ll see you out there!

As summer draws nearer, so too does the flurry of constant music festivals nationwide. In April, Maha Music Festival announced its Aug 19, 2017 lineup with headliners Run The Jewels, Belle and Sebastian and The Faint.

But Maha and its Community Village have always been about more than just the music, and last year the festival aimed its attention at raising awareness and educating festival-goers about mental illness by partnering with Nebraska Medicine.

On Thursday, Maha revealed its twenty-three Community Village sponsors, partners and its intent to continue focusing on educating people on mental illnesses and building awareness of mental health resources.

“After adopting the mental health platform in 2016, we realized there was more work to be done,” Executive Director Lauren Martin said in a press release.

“The festival provides a unique platform to engage and educate a young demographic more commonly affected by mental illness. Our Community Village partners and the activities they bring to Maha not only enhance our festival-goer’s experience, but connect them to education and resources, as well as opportunities for involvement and support.”

The University of Nebraska Omaha and HDR sponsor this year’s Community Village, which tasks each participating organization with creating interactive activities that educate attendees about mental illnesses and teach them about their respective organizations.

Check out the full list of Community Village participants and the full Maha Music Festival Lineup below.

On Saturday, queer musicians, poets, drag queens and allies will come together at The Bay for Queerfest 2017: Summer Benefit Show, which seeks to highlight the talented LGBTQA+ members in the local arts scene.

Once A Pawn’s C Balta is coordinating the event, which will feature music from Once A Pawn, Histrionic and The Fadeaways, along with a youth drag show and spoken word poetry from Lindsey Hand, Jhalisa Robinson, Robert Dyas and Arden Eli Hill.

As a member of the Nebraska music scene for nearly 15 years, Balta has noticed a surge in the number of LGBTQA+ members in the music and arts communities. But Balta still knows that even as queer folks have become more accepted, the problem of prejudice still hasn’t been solved.

“I have at many times felt alone, ignored, or not taken seriously,” Balta says. “So I wanted to create an event that specifically highlights and empowers local queer artists.

“It has never been easy to be an out member of the queer community, but in light of the current state of our country, folx need be empowered to be their authentic selves.”

The event itself is a fundraiser for the daylong Queerfest, which will take place on October 7.

The festival begins Saturday at 5 p.m. with the youth drag show and continues with the spoken word and music. RSVP to the all ages event here.

Film Streams is inviting local artists to submit original films for a chance to be featured in this year’s Local Filmmakers Showcase, which will be in October and with a specific date announced later this summer.

The deadline for submissions is July 21, and projects will be accepted in the form of digital links here or as DVDs or flash drives. Physical copies of the projects can be sent to Film Streams, Attn: Dené Oglesby, P.O. Box 8485, Omaha, NE 68108.

For a submission to be accepted, at least one of the artists working on each project must be from Nebraska or Iowa, and college students enrolled in either of those state are eligible. Filmmakers are encouraged to keep their videos shorter than 40 minutes. 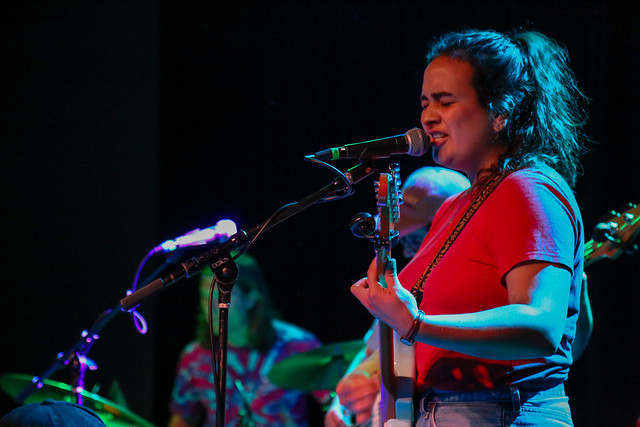 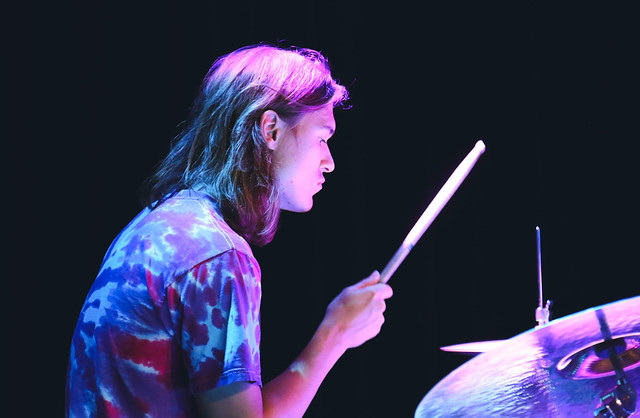 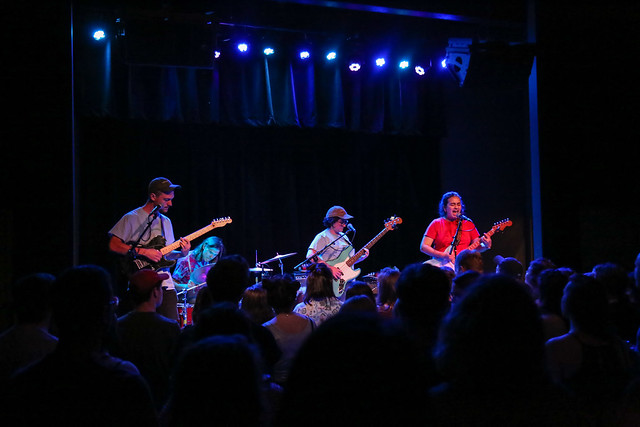 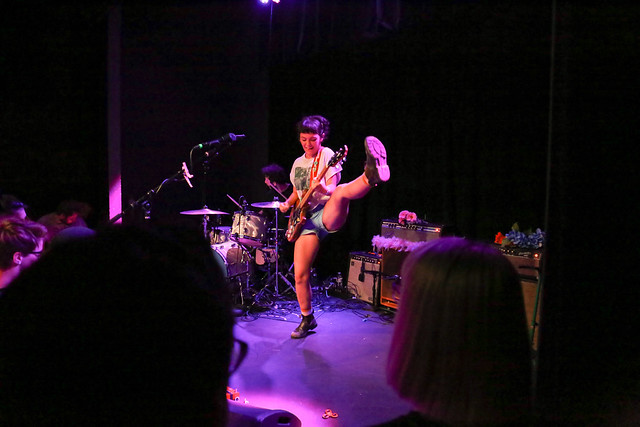 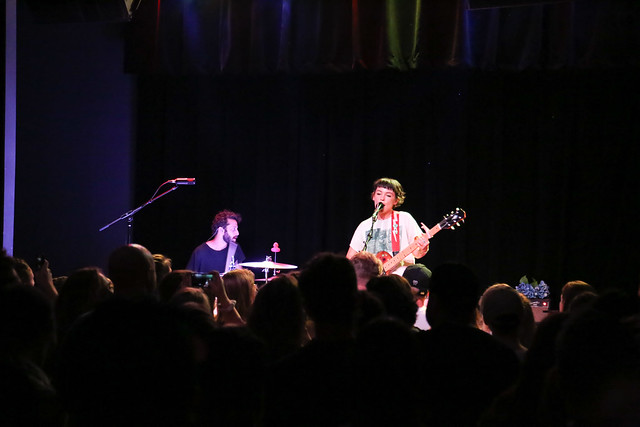 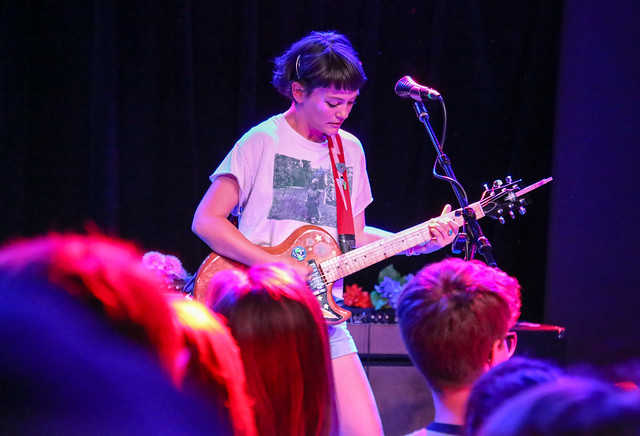 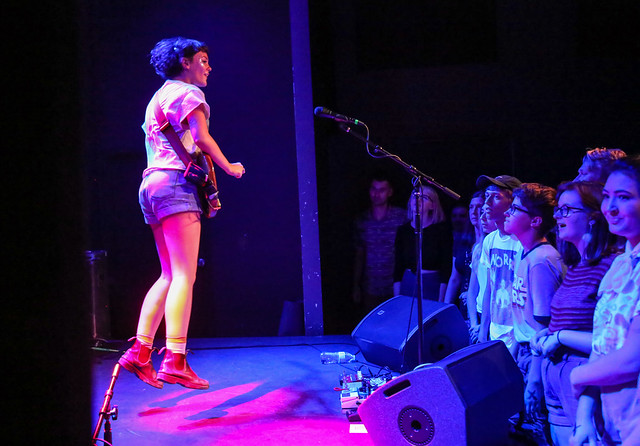 Pleiades + The Bear Album Release Show at The Waiting Room 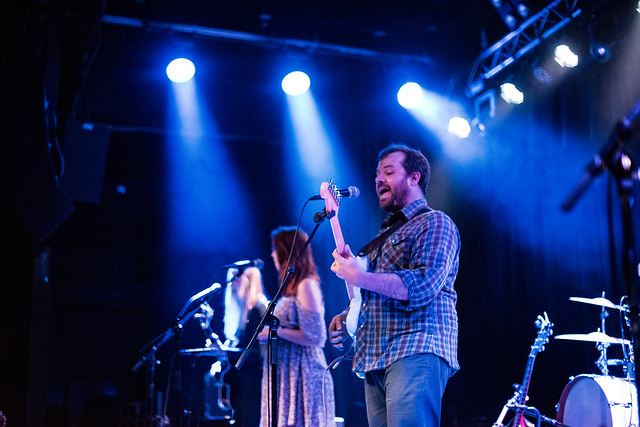 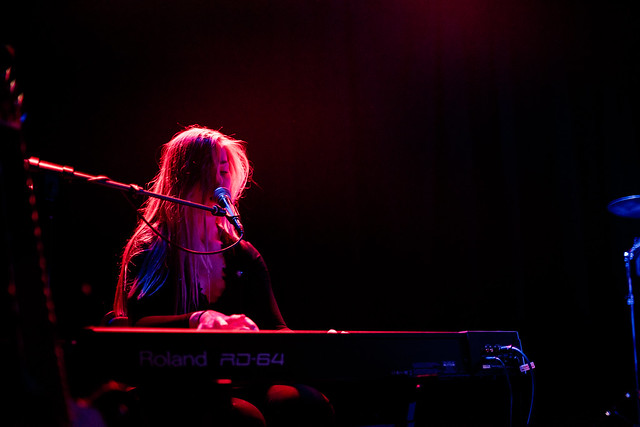 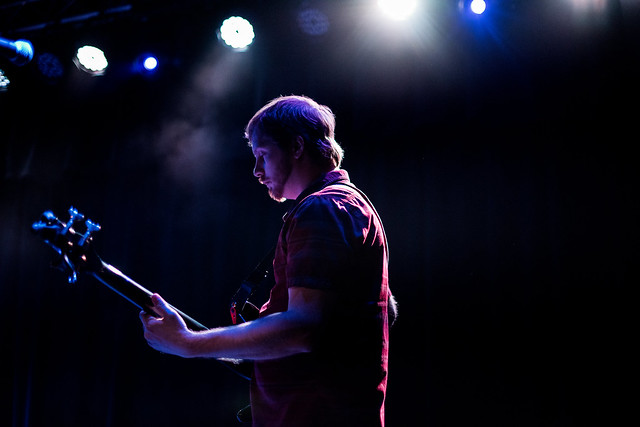 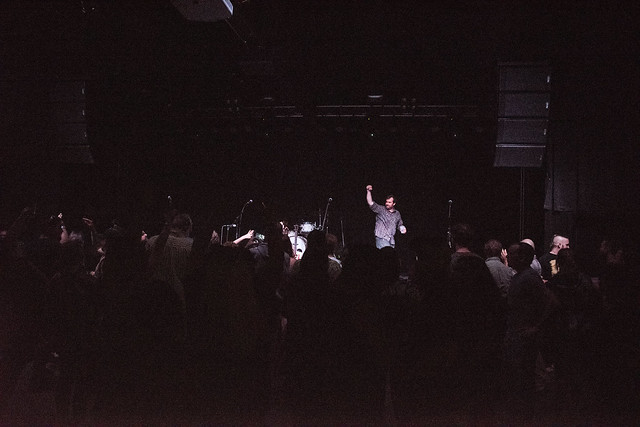 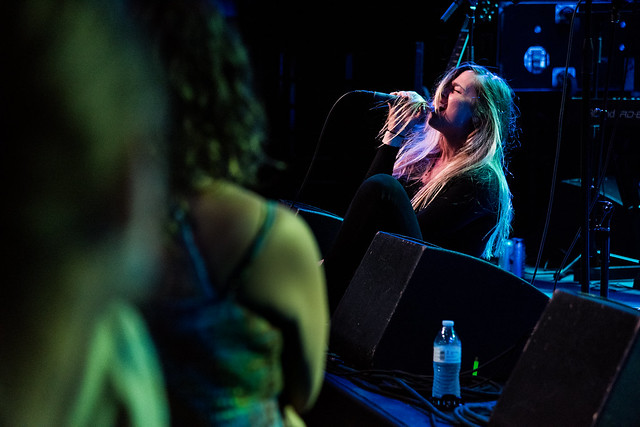 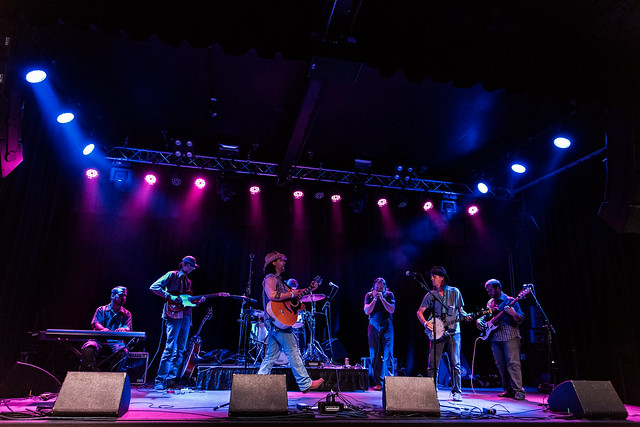 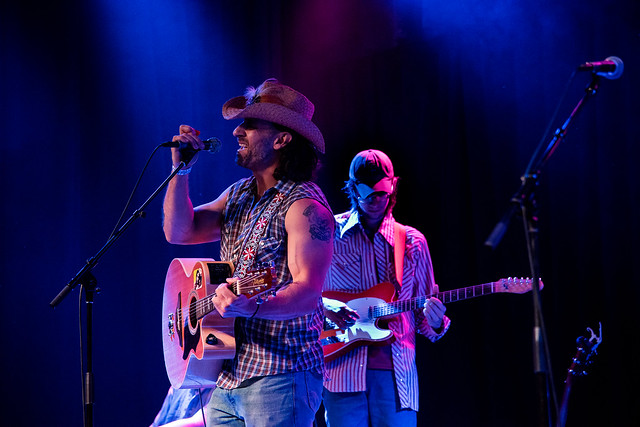 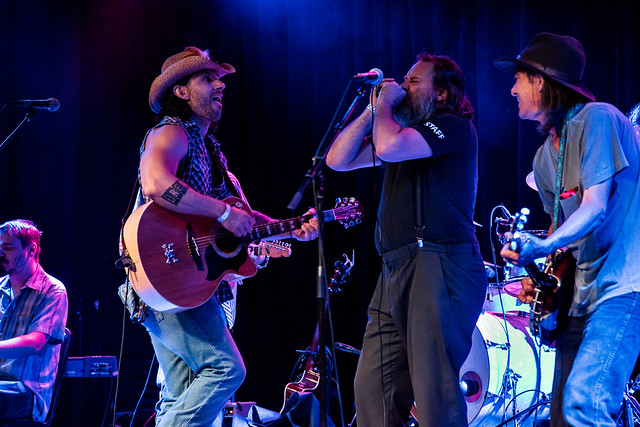 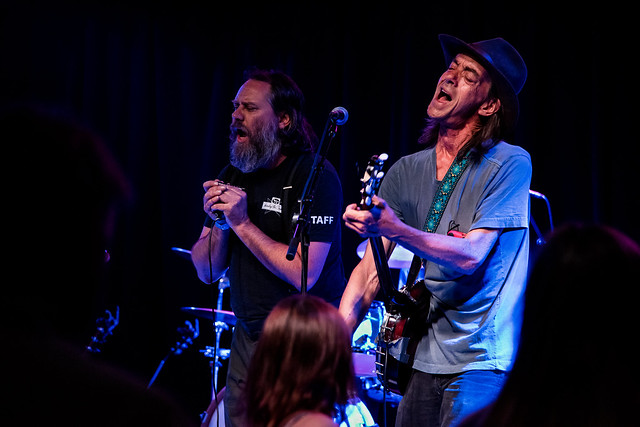 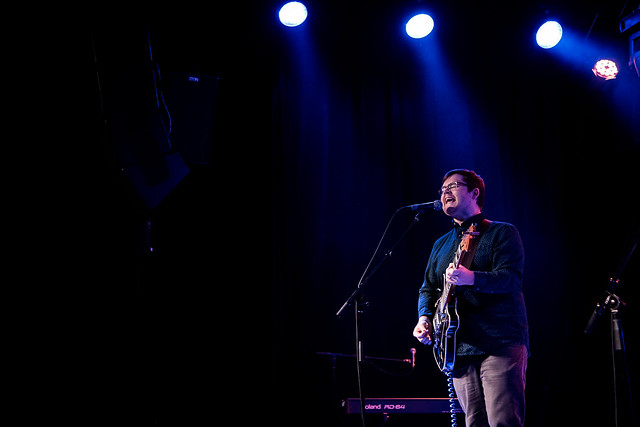 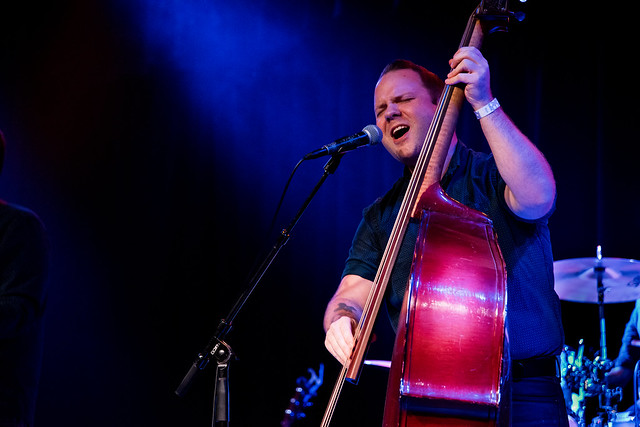 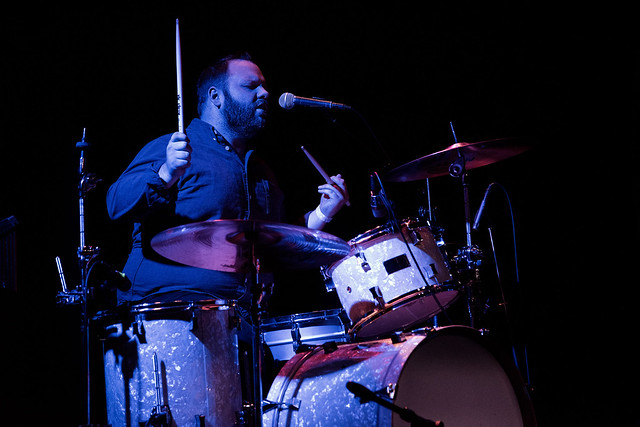 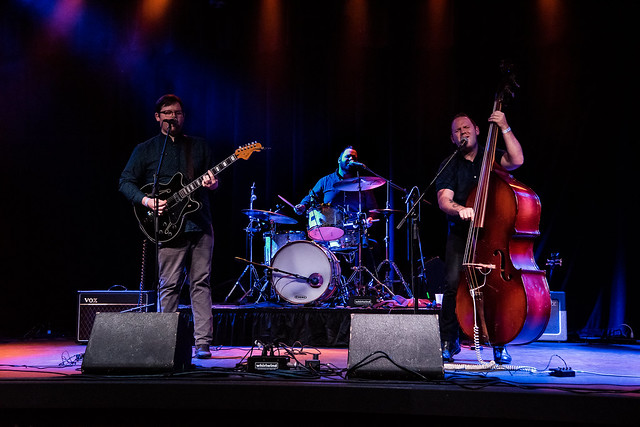 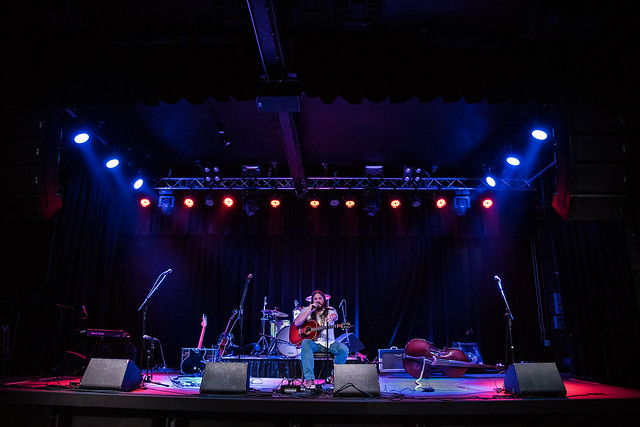 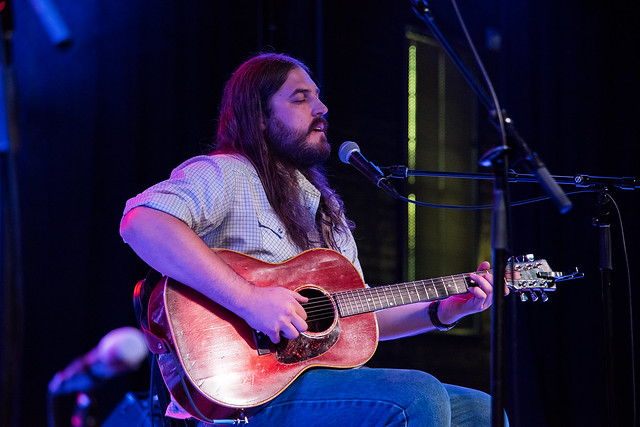 Plan your weekend with our picks for shows to check out before Monday. Find a fuller listing at our events page here, and let us know which shows you’re hitting in the comments.

Alejandro Escovedo Band with Nicholas Tremulis Orchestra at The Waiting Room –In nearly 40 years performing and recording, Alejandro Escovedo doesn’t seem to have any plans of slowing down. Last fall, the 66-year-old Austin singer-songwriter released his twelfth full-length, Burn Something Beautiful, which was co-written with R.E.M.’s Peter Buck and featured collaborations with Corin Tucker of Sleater-Kinney and John Moen of The Decemberists. His tour supporting Burn Something Beautiful stops in Omaha tonight. Nicholas Tremulis Orchestra opens the show. RSVP here. 8 p.m. $20. All ages.

Modest Mouse with Morning Teleportation at Pinewood Bowl – Famed indie rock outfit Modest Mouse returns to Nebraska for its first time since headlining Maha Music Festival in 2015. The band, best known for hit singles like “Float On” and “Dashboard,” released its sixth LP Strangers to Ourselves in 2015 and was the band’s first record since 2009. Isaac Brock and company’s setlists rarely take the same form, so even if you caught them at Maha, you’re sure to hear something much different this time around. RSVP here. 8 p.m. $58.