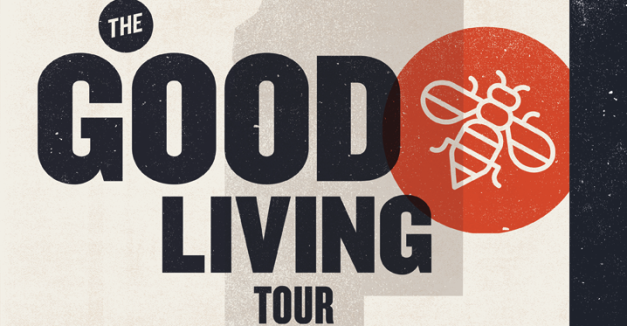 Lineups have been announced for Hear Nebraska’s 2016 summer tour across the state, which will feature more than 37 musical acts and 12 DJs. Three sonically diverse, original Nebraska acts and one DJ will perform at each of 12 free, all-ages concerts in the following communities: Ord, Kearney, Grand Island, Red Cloud, Hastings, Norfolk, Lyons, O’Neill, Grant, Sidney, Imperial, McCook

“As a lover of all things Nebraska, I’m proud to have The Good Life included in this year’s Good Living Tour,” says The Good Life frontman Tim Kasher. “Hear Nebraska has charmed us with the reminder that Nebraska is far greater than just Omaha and Lincoln; I’m ecstatic to cruise along those highways less taken to revisit towns and cities I haven’t been to in awhile.”

On the heels of a successful inaugural trip, the Good Living Tour expands this year from nine towns to 12 total, with nine new stops. The larger tour and accompanying storytelling project are made possible with the help of presenting sponsor Nebraska Department of Economic Development and statewide sponsors the Peter Kiewit Foundation, Center for Rural Affairs, Pinnacle Bank, Nebraska Loves Public Schools and Union Pacific.

Keep abreast of more information in the coming weeks at the Good Living Tour website here. See the lineup and RSVP below:

Defeater, Timecat, No Getter at Slowdown

Members of Lighthouses, Everything Breathes and No Tide have announced the formation of a new project, coupled with a brand new video.

The video, filmed in one weekend at Indian Cave State Park, charts an abandoned protagonist’s search for answers both within himself and in the cold morning darkness. Brent Maze directed the video with Otto Gaiser.

“Daydream” is part of a two-song demo the band releases today via its own Bandcamp page. Its members all practically drawn to the road, Salt Creek have already announced a few in-state dates and one in Minneapolis (find them below).

Plan your show-going week with our statewide calendar here, where over the weekend we added more than 50 new upcoming events. If you do not see your show or one you plan to attend, email us at news@hearnebraska.org or add it yourself here.