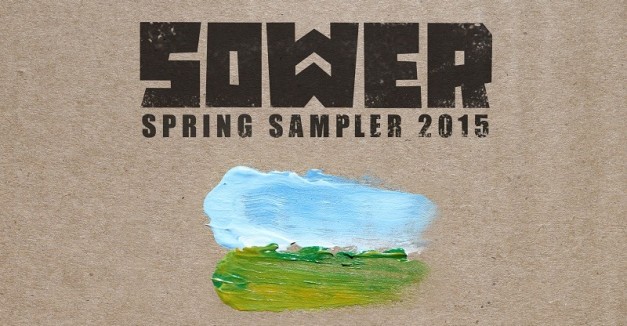 We’re thrilled to announce the fruition of a project that’s been on our minds for years now: The Good Living Tour.

This summer, we’re headed to nine communities in Greater Nebraska from July 17-25. We’re bringing three original and diverse Nebraska music acts to each community, ranging from country to hip-hop to pop punk to folk. We’ll host a free, all-ages concert in each community.

We believe Greater Nebraska is an under-tapped reservoir of creative talent. With The Good Living Tour, we hope to celebrate these communities as fertile ground for creation, innovation and entrepreneurship.

Here are the dates:

As a celebration of the most recent addition to the Sower Records stable, the Lincoln roots collective label is offering a its first-ever digital sampler to people who contribute to Union Specific’s Gofundme campaign. The campaign will help release the band’s forthcoming Howlin Room on vinyl. Stream the it here.

The sampler includes an unreleased track from the Austin-based Union Specific, Sower’s most recent singing. Otherwise, looks like you’ll have to contribute to find out what’s on the sampler.

The eighth annual Big Al’s Free Music Festival and Food Drive kicks off tomorrow at The Hideout. The Hideout has hosted the three-day festival since 2010. The free festival includes a free swap-meet music exchange. Attendees are encouraged to bring canned food and dry goods donations to benefit Food Bank of the Heartland.

The festival is hosted by Al Hatfield, one-half of Big Al Band.

Tonight Josh Hoyer and The Shadowboxers plays Vega with I Forgot to Love My Father, Mesonjixx and Phoebe Dro. The lineup was originally headlined by Pujol, but now the Saddle Creek band is playing tomorrow night at Vega with The Relationship (Brian Bell from Weezer), Gringo Star and Willis (RSVP). Essentially, it means two great shows at Vega instead of just one. RSVP here.