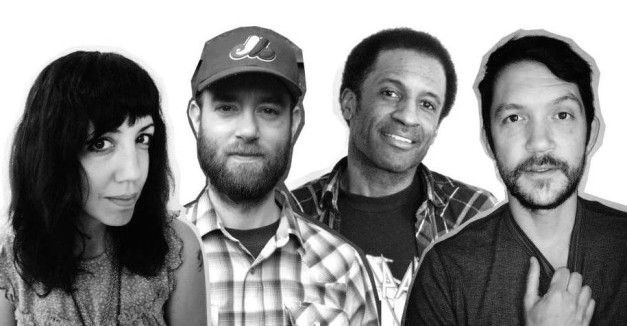 After uniting in California this summer, newly-reformed The Good Life and Big Harp have added a few Midwestern dates, including Omaha, to their year-end calendar. It will be The Good Life’s first Omaha show since 2011 and Big Harp’s first since 2012.

The two bands hit cities up and down the California coast during a brief tour in August. Both bands, signed to Saddle Creek Records, count Stefanie Drootin-Senseney as a member. The Good Life, fronted by Tim Kasher, has been releasing seminal Saddle Creek albums since 2000. Husband-and-wife duo Big Harp, currently working on a third record, recently relocated from Omaha to Los Angeles.

Early next month, The Good Life will do a two-night stint in San Francisco. On Oct. 3, they’ll play Hardly Strictly Bluegrass Festival along with Conor Oberst, Waxahatchee, Dawes and more. The next night, they’ll open for Oberst at The Fillmore.

After the Chicago show on the last day of 2014, The Good Life will head into the studio to work on a new album. The record will be their first release since 2007’s Help Wanted Nights.

As for show’s tonight, there’s a good number of note for a Tuesday:

It seems like about once a year Nebraskans faithfully gather for a Larry and His Flask show. This time, it’s tonight at The Waiting Room. RSVP here. The Oregon punk-turned-folk outfit offers the familiar rooty grit of bands who’ve undergone that same transformation, never losing its propensity for mouth-open screams.

Moving on from the long-laboring folk workmen: On the buzzier end of the indie spectrum, Glass Animals plays Slowdown tonight. RSVP here. The English groove-rock band released its debut album, Zaba, in back June on Wolf Tone in the UK and Harvest Records in the States. Populated by songs titled “Hazey,” “Pools” and “Gooey,” it’s not difficult to predict the ambient, texture-oriented clouds of their sound. But the production on Zaba is something both dancey and precise. Look for a proper preview of this show on HearNebraska.org today.

Tonight at Vega, John Klemmensen and the Party open for Portland pop-folk band Modern Kin. Modern Kin’s sole release, a self-titled LP that came out last October, finds frontman Drew Grow channeling a Win-Butler-via-Funeral vocal delivery. It’s backed by understated guitars and primal drumbeats. Klemmensen and crew toured up to the Northwest this summer and are on the cusp of releasing a new album, Party All Night. Expect to hear some of those tracks tonight. The show is $5. RSVP here.

The 2014 Lincoln Calling schedule is slowly being revealed on the festival’s Facebook page, one band at a time. We’ve collected the information dispersed so far.

Homegrown Film Festival, kicking off the festival for the fourth year in a row, is currently accepting submissions for short videos. Entry is $5 until Sept. 25 when it increases to $10. Find details here and check out the schedule so far below.