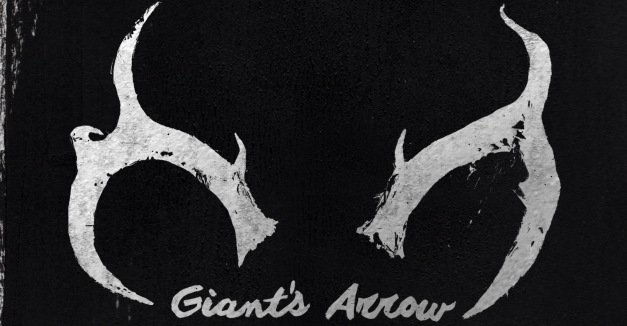 Nearing its one-year anniversary, Giant’s Arrow has dropped its first batch of recordings.

The Lincoln emo-punk band has shared two of five tracks from its 2015 recording sessions. “Chore #4” and “Youth Chili Cookoff” were released today via its Bandcamp page.

“Max and I had been talking about this project for a while,” Wurst says. “We sat down two summers and hashed out a couple songs and decided it was something we really wanted to pursue.”

Shortly thereafter, they added Durrant and Cornell to the mix. Wurst recorded the band at studioPH this past February (with assistance from Chris Steffen), with a follow-up session at his own Coyote Face Recording.

“It was nice for me to focus in on sounds and do a little experimenting,” Wurst says.

Five songs emerged from those 2015 sessions, two of which were released today (hear them below). The band hopes to save two for a possible full-length.

Giant’s Arrow is back for this year’s Lincoln Exposed, which also serves as its de facto one-year anniversary (RSVP here).

Open Harvest is turning its community-oriented focus on a fellow local organization.

The Lincoln co-op grocery store has organized its first ever KZUM Donation Day, held tomorrow at its 1618 South St location. Five-percent of sales throughout the day will be donated to the nonprofit community radio station.

The event is part of Open Harvest’s “31 Reasons to Visit the Co-op” focus going on all this month. It also looks to give KZUM a jump-start heading into its winter fund drive, which kicks off February 8.

Find out more about “31 Reasons to Visit the Co-op” here, and RSVP to the event here.

Vega has snagged one of its first major concerts of 2016.

Unknown Mortal Orchestra will stop by the Lincoln Railyard venue May 8 as part of its international touring schedule. The band has already sold out the first few dates of its U.S. touring leg, including shows up the west coast. Last year it released critically acclaimed LP Multi-Love on Jagjaguwar (on which Omaha songwriter Simon Joyner has a handful of releases).

For Vega, add that to a list that already includes Laura Stevenson, Wild Child and a bunch of talented local billings. Advance tickets are $16 and go on sale Friday. RSVP here.

A day late, we roll out a fresh new HN Radio playlist. This week features new music from Omaha artists Edem Kegey, J Crum and Memory Mines. Plus the latest tracks from Live At O’Leaver’s, and selections from bands that will play Take Cover Omaha this Saturday at that venue (RSVP here). They include Uh Oh, CJ Mills, All Young Girls Are Machine Guns, Kait Berreckman, Hand Painted Police Car and more.