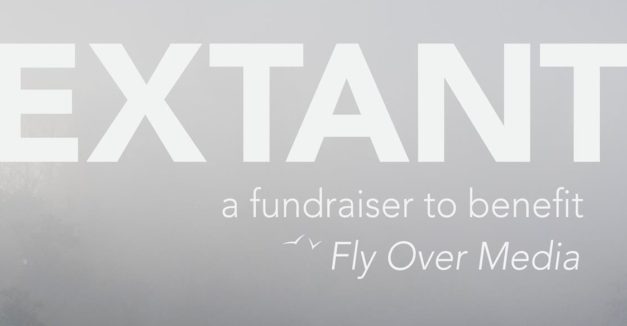 Across the country and close to home, there are countless communities living in this state, the word itself implying a struggle often unseen or undocumented. Since telling its first of these stories during the summers of 2013 and 2014 in Valentine, Neb., Fly Over Media has sought to shed light upon these communities.

The nonprofit journalism organization will showcase work from around the country as part of its inaugural fall event “Extant,” which serves as a silent print auction and benefit. Sourced from 16 associated photojournalists, the show as a whole will demonstrate the organization’s mission to feature multimedia journalism about rural and underrepresented communities.

“I’m … excited about the show considered as a body of work,” says Fly Over Media fundraising and events director Jacob Zlomke. “These are 16 images created completely independently from one another, but together they speak to some captivating common themes.”

Featured work at Extant will be indicative of the type of journalism Fly Over Media has produced since forming in 2013. In addition to its published and ongoing Valentine project, Fly Over Media has recently featured a ranch in Texas threatened by suburban expansion and the “Hillbilly Highway,” U.S Route 23 between eastern Kentucky and southern Ohio which has facilitated one of the nation’s largest internal exoduses.

Throughout the event, attendees will hear directly from contributing Fly Over Media photographers — like Keith Rutowski and Emily Harger, who produced the aforementioned story “This Bond Unbroken” — working in different types of communities. Each photo is accompanied by an audio track, which attendees will hear via a mobile website and headphones provided at the event. It’s an added feature to the standard print show which will give viewers insight into the work.

“You can also expect to see journalism in a kind of different context, which I hope compels viewers to think about its values and the stories it tells in new ways,” Zlomke says.

Not only does this type of format tie the work and audience closer together, Zlomke says, but it also actively supports the continuation of that work by adequately compensating each journalist for said work — one of the Fly Over Media’s core tenants. To that point, 30-percent of the funds from each print sold go straight back to its photographer.

“I think that journalism can be important to how we are able to understand and empathize with one another in a way that other mediums can’t,” Zlomke says. “Supporting Fly Over Media — by coming to Extant, viewing our contributors’ work online, buying a print — directly supports that work.”

The silent print auction ends at 9 p.m., and free-will donations will be accepted throughout the evening. Zipline draws will also be available at $3 apiece, with all proceeds going back to Fly Over Media. RSVP and see a complete list of contributing photographers here.

HN intern Tarah Dawdy was at The Waiting Room last night for a high-energy one-two punch of St. Paul & The Broken Bones and Diane Coffee. Led by dynamic vocalist Paul Janeway, the Broken Bones tour their fiery ‘60s soul in support of their sophomore album Sea Of Noise. Actor and musician Diane Coffee’s most recent album, Everybody’s A Good Dog, rolls elements of psychedelia and motown into classic pop brilliance with a theatrical bent. 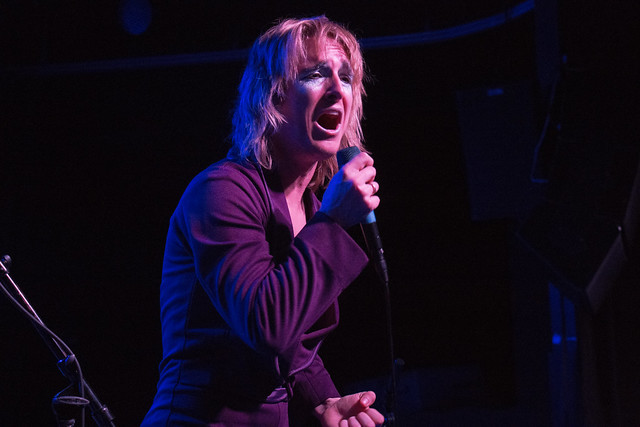 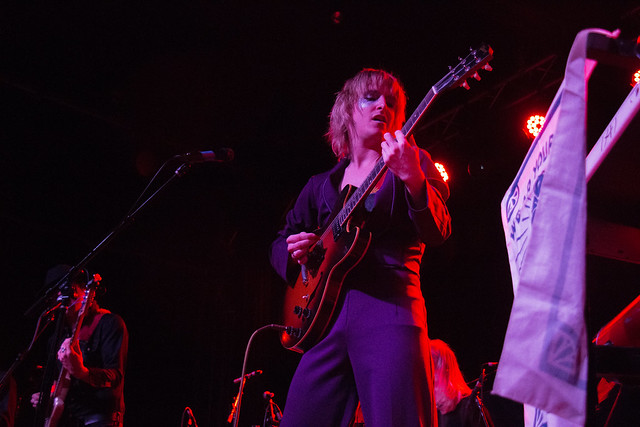 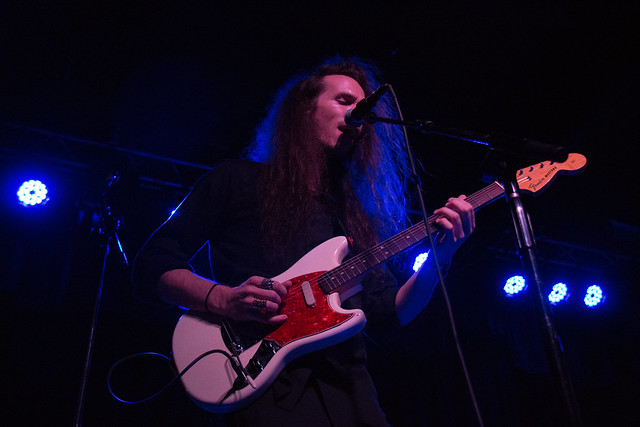 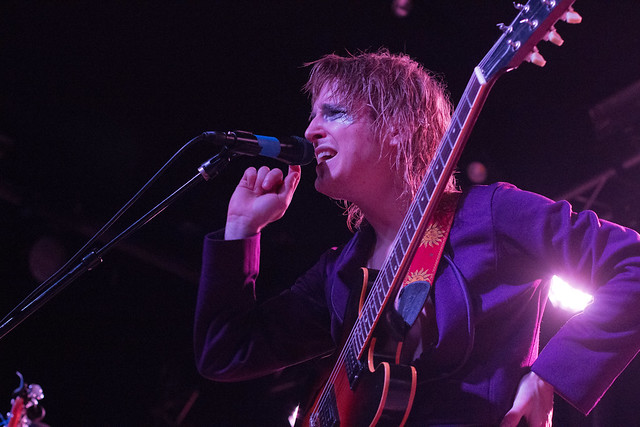 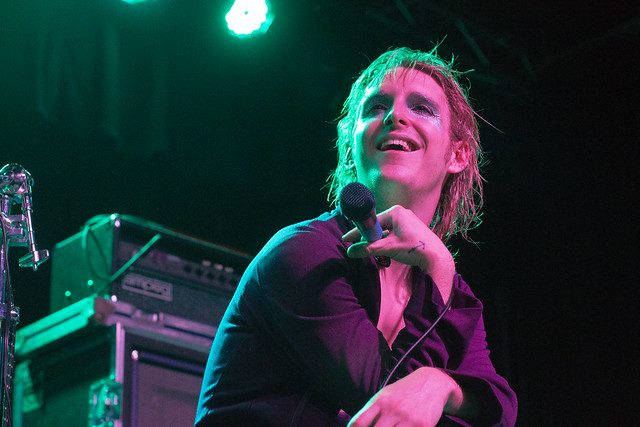 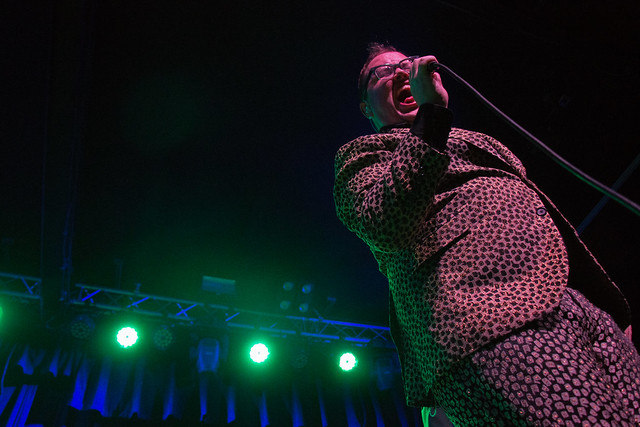 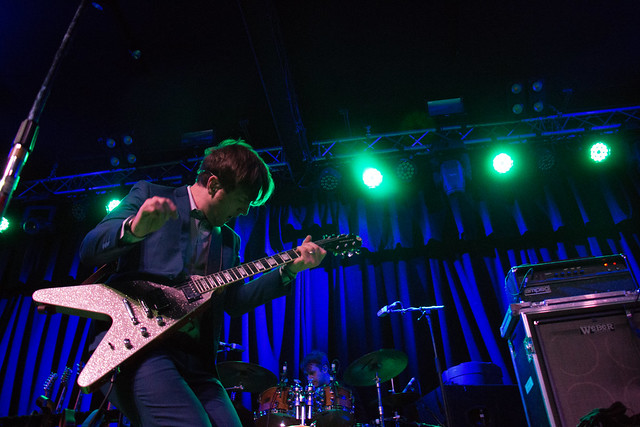 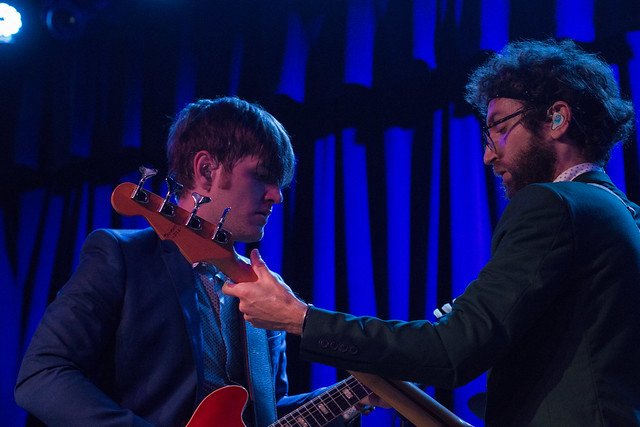 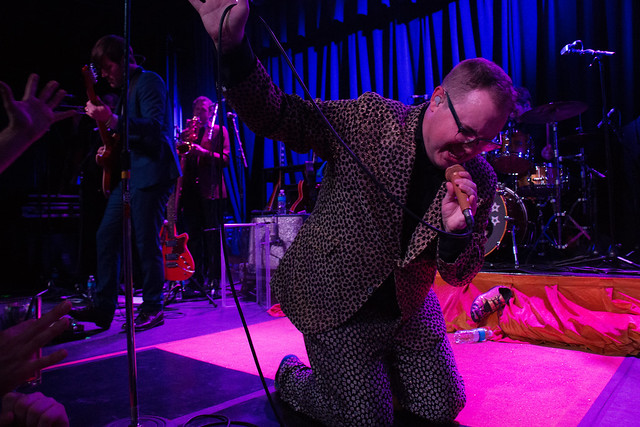 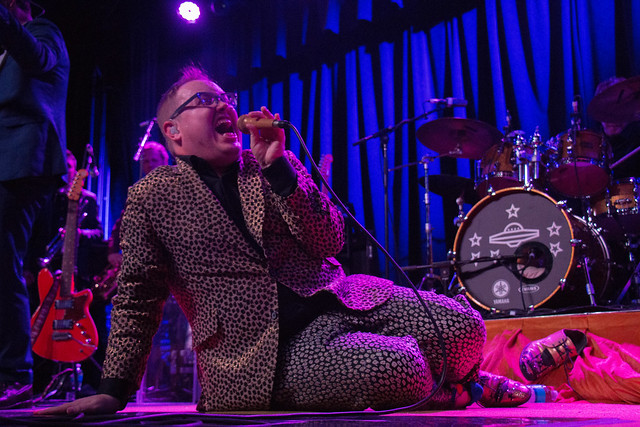 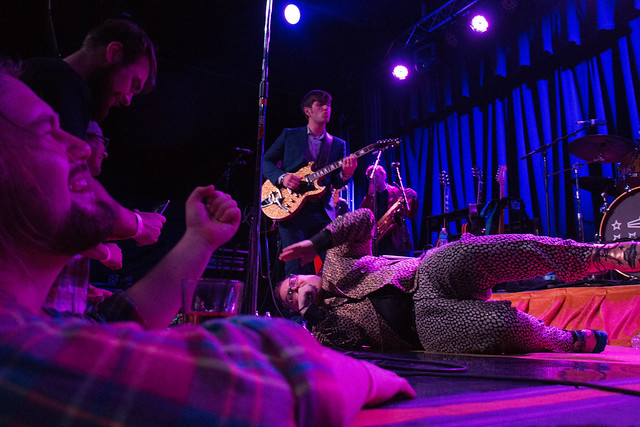 St. Louis-based Bruiser Queen is a feminist musical trio that encourages self-love through music, and challenges the industry’s expectation of the female artist’s appearance and sound.

The garage rock band started off six years ago as a duo with vocalist/guitarist Morgan Nusbaum and drummer Jason Potter. The band has expanded into a trio after add bassist, Cory Perkins. They are touring across the country in support of two EPs released earlier this month — including a cover of Dio’s “Rainbow in The Dark.” They stop at O’Leaver’s tomorrow night with Crushed Out, The Sub-Vectors and Huge Fucking Waves ($5, 21-plus, RSVP here).

The garage pop rock and roll trio’s music levitates to the sound of their influences, including  The Muffs, The Cramps and The Gossip. Hear Nebraska and Bruiser Queen’s Morgan Nusbaum recently exchanged emails, discussing what inspired the band while on tour this year and her advice for young femme artists. Read Nusbaum’s answers below.

Hear Nebraska: I saw on your Facebook page the bands that you really liked, and some that inspire you. When and where did you find the albums that influence you and  made you gravitate to the sound that you produce?

Morgan Nusbaum: Jason actually introduced me to a lot of the music that influenced the songwriting for Bruiser Queen. Bands like River City Tanlines, The Ettes, Jay Reatard and Reigning Sound. Other bands that influenced us like Jeff The Brotherhood and Best Coast we discovered together when we first started the band.

HN: What is your goal, as a female artist, moving forward in your career?

MN: My number one goal moving forward in my career is to be considered an artist rather than a “female” artist. Women in music seem like a novelty in the media most of the time. Instead of being able to get into talking about the music right away we often have to answer questions about what it’s like to be a woman in music.

HN: When was the last time you were pleasantly (or unpleasantly) surprised during a set? What happened?

MN: Well I think we were all unpleasantly surprised by the volume of mud at the St. Louis music festival LouFest. We had our mud shoes, and changed into clean shoes for our set.

HN: What advice do you want to give to up and coming femme grunge bands that you wish you had when you started?

MN: Don’t ever let your physical image stop you from doing what you want. Not all of us look like models or how mainstream media portray musicians. Artists come in all types of bodies and we matter.

HN: You released two new songs this month, Telepathic Mind and Rainbow in the Dark. What was the most challenging parts about writing those songs, and what message did you want to deliver?

MN: With “Telepathic Mind” I wanted to write something dark, but still fun and catchy. “Rainbow In The Dark” is actually a cover song! By Dio!

HN: As a duo,what do you do to stay on the same page at all times?

HN: What do you want your next step to be after you finish your tour? Personally and/or professionally?

MN: I really can’t wait to dig into some songwriting and jamming after tour. We’ve been spending so much time practicing the songs for tour with our new bassist Cory that we haven’t gotten to just mess around yet.

Plan your evening in showgoing with our statewide calendar here. Email news tips, story ideas and song submissions to news@hearnebraska.org.