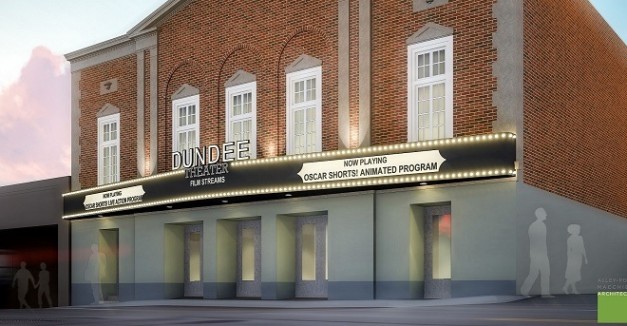 An historic Omaha cinema landmark is set for resurrection.

Film Streams announced yesterday it will restore and reopen Dundee Theater. It comes to the downtown nonprofit via The Sherwood Foundation, which purchased the shuttered theater with the intent to donate it to Film Streams.

“We know that the Dundee Theater holds a very special place in the heart of many Omahans and especially the Dundee neighborhood,” Kristin Williams of The Sherwood Foundation said in a statement. “It gives us great pleasure to know that this historic treasure will be in the hands of an exceptional nonprofit dedicated to Omaha and to expanding the community’s connection to film as a transformational form of art.”

Closed since 2013, Dundee Theater is Omaha’s only remaining single-screen theater. It opened in 1925 as a home for vaudeville before transitioning to cinema. Previous ownership had originally planned to renovate the theater upon closing, but instead decided to sell.

Film Streams said in a statement that it hopes for a 2018 grand re-opening, which would come on the heels of its 10th anniversary next summer. The organization says the Dundee Theater will facilitate bringing more of its diverse programming to Omaha.

Porchfest LNK is grassroots driven music festival, patterned after the annual Ithica, N.Y. event, aimed at showcasing the vitality of Lincoln’s Capital-adjacent neighborhood. Musicians will play on porches across the Near South neighborhood throughout the day.

Though the festival its early stages, Porchfest LNK organizer Maya Khasin tells us that it’s gaining steam. Khasin is currently looking for help canvassing and for concert hosts. Those willing to donate their porch or their time can contact Khasin via Facebook here.

Admission to tomorrow’s show is by $5-10 donation, though no one will be turned away for lack of funds. All funds raised will go towards logistics, permits and fees, performers, supporting community organizations, and subsequent Porchfests. RSVP here.

Watch “Change Your Mind” below:

Skizzy Mars at The Bourbon

Head to our statewide calendar at hearnebraska.org/events for a full listing of this week’s shows and beyond. Keep those news tips and story ideas coming to news@hearnebraska.org. See you on the air tonight at 8 p.m. for Hear Nebraska FM. Tune in via 89.3 FM in Lincoln or stream live at kzum.org.