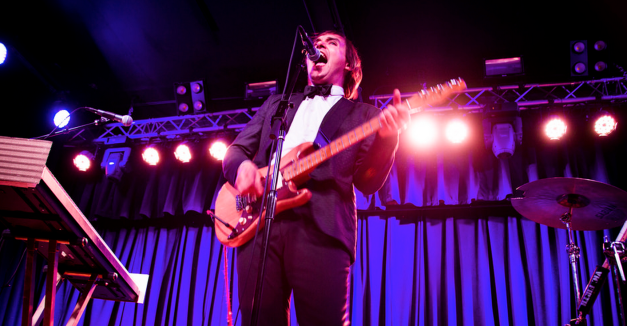 On one side of his slim, black boots there’s a minute blemish of neon green and a sibling splotch of neon orange on the other. The Arcade Fire member’s solo set is full of such flecks, a pleasant unkemptness.

Before Butler and his band strike up their first song at The Waiting Room Tuesday night, the lighting has become a deep and romantic blue. Butler has serious brown eyes, and not very serious brown hair. It will obscure his vision at least once a song.

He’d trotted out unpretentiously around 9:30 to play a soaring acoustic song in his tour sweatshirt, the black one with “WILL” in white, block letters on the front. It’s the most obvious of many reminders that he relishes in the perennial little brother role, and amiable version of it, to Arcade Fire singer Win Butler. Irreverent, but not reactionary. 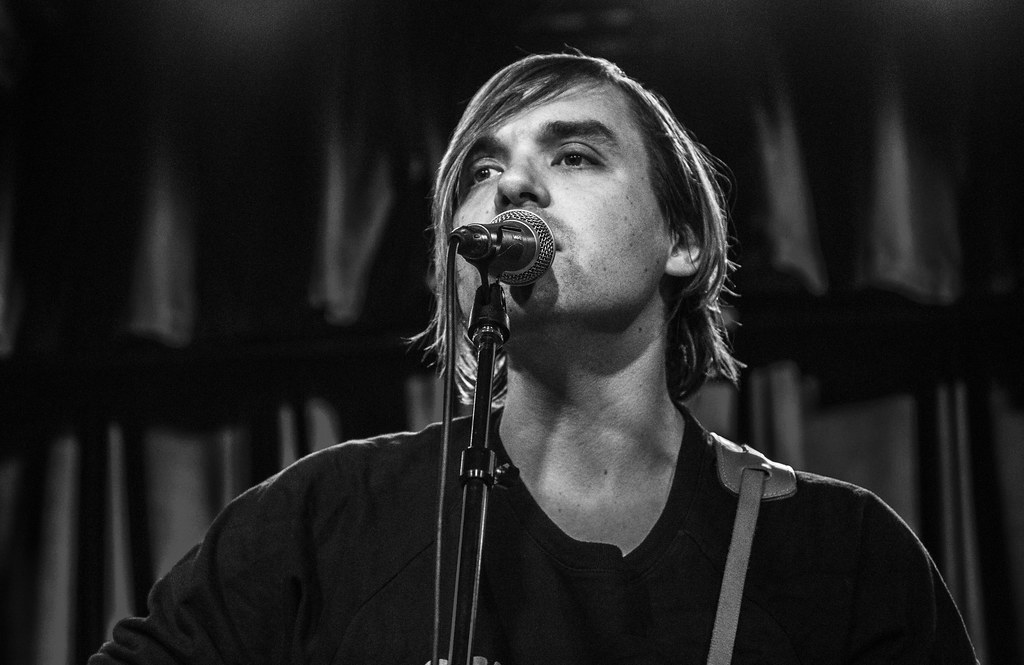 Imagine meeting both of them. Where Win extends a metaphorical hand, firm and heavy with success, ambition and public scrutiny, perhaps Will decides his hand is too sweaty for a shake and points at his sweatshirt: “I’m Will!”

When comedian Jo Firestone warmed up the crowd — or more precisely rendered us “hot and ready, like a Little Caesars pizza” — Butler stood in the audience, and for a few minutes, laughed the loudest at Firestone’s crowd work and bits. (The highlight of which may have been a guessing game called, “Bird, Murderer or Bird Murderer?” set to the Jurassic Park theme. Options included Cornish Game Hen, Ted Bundy and Colonel Sanders.) Butler introduced the New York-based Firestone by leading the crowd in a chorus Chic’s “Le Freak.” 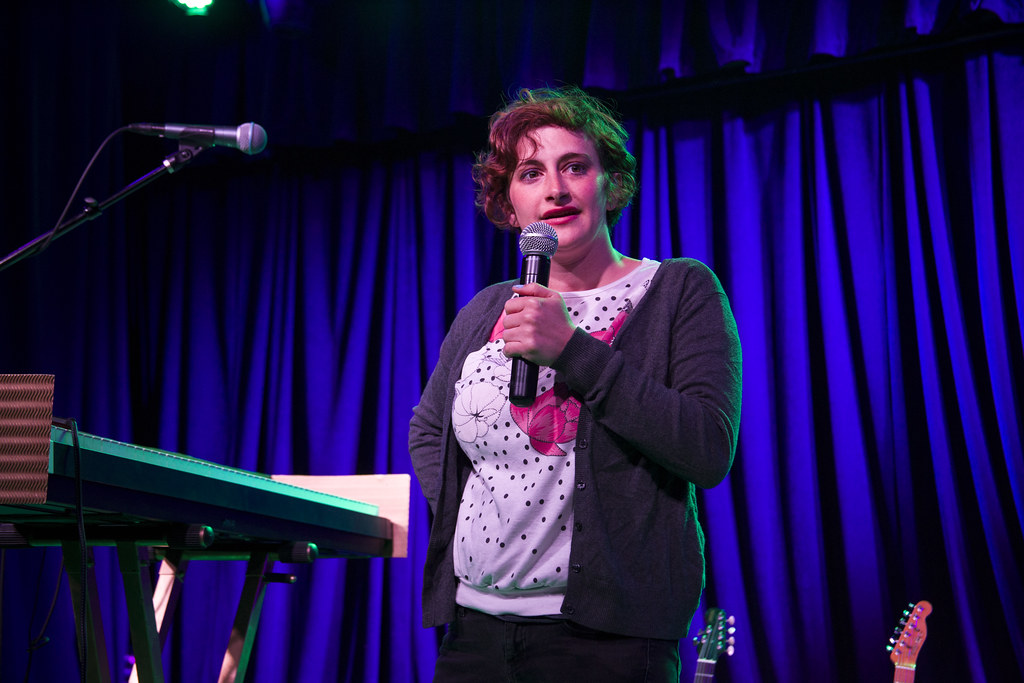 Butler’s well-received solo debut, Policy, came out on Merge this spring. The songs can be undeterrable frantic, but they’re modest in scope. Stylistically, they bear the charged structure of stadium hits or dancey synth rock. But so rickety. Like their composer was nursed on canonically large rock albums, but gets a kick out of reimagining them with no bass, or with backing vocalists humming the guitar solos. 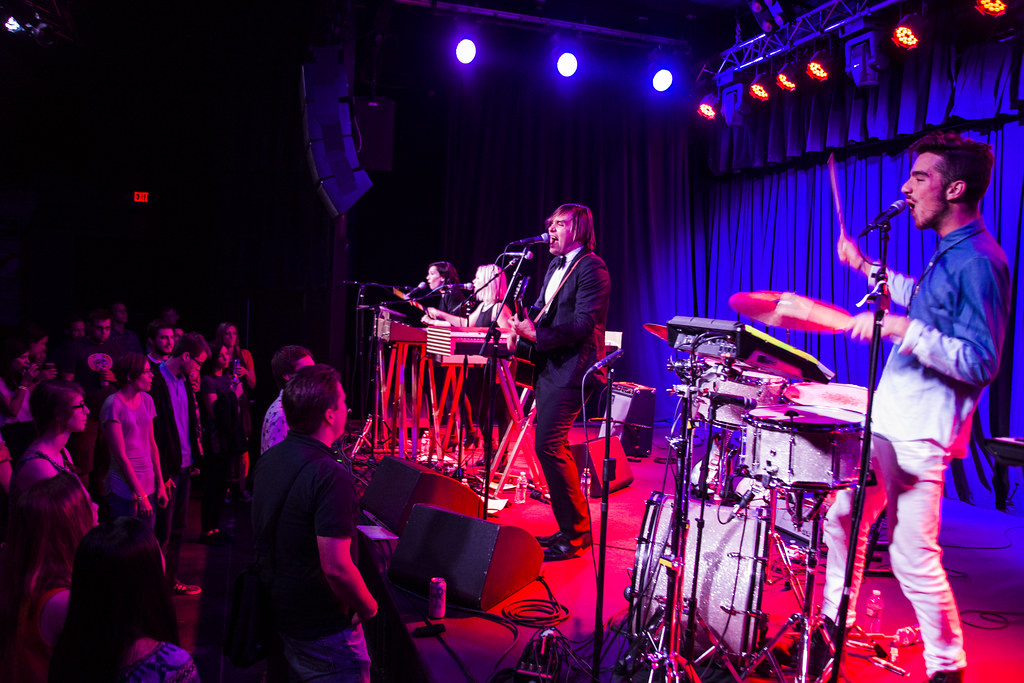 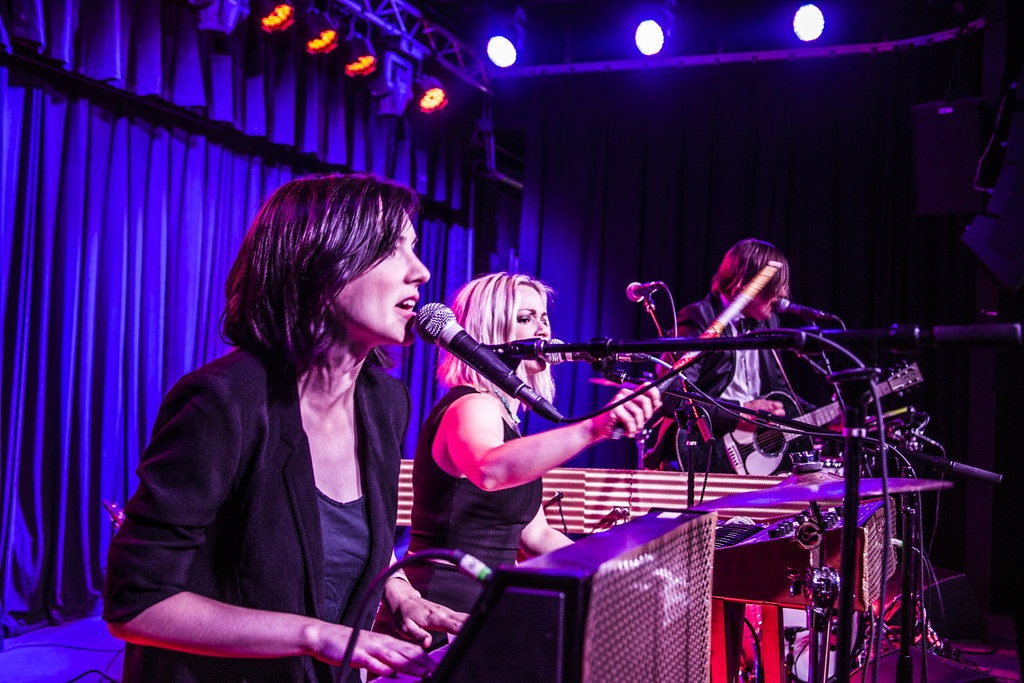 As in: “What if we tried to do Bowie or mid-career Stones, but we can only take on tour what’s already in the house?”

The result is a series of small disarrays — the kind you can’t perform. Rather, they’re habits you don’t bother hiding or a strange snap-decisions.

Drummer Miles Arntzen is standing. Butler’s microphone is not quite close enough to his keyboard when he ducks over for the needling interlude of “Anna.” Singers Julie Shore and Sara Dobbs occasionally sing harmonies with their hands obscuring their mouths, muting and warping their voices.

Last night, that standout song, “Anna,” found its lead line on a keyboard and not a bass, ensuring a snakey imprecision. (Policy, by the way, is pretty straightforward in its production and arrangements.)

For now, Will Butler is still a relative unknown. (The Waiting Room crowd was about 50 bodies deep.) He writes interesting, catchy and awry rock songs when left to his own devices. And they express an ambiguous, and sometimes absurd, world view to boot. A healthy chunk of Policy’s songs celebrate being abandoned by God, with a worried hilarity that doesn’t quite come off as satirical. “Witness,” for one, is a keyboard-catalyzed gospel song, freaking out somewhere between mockery and aspiration.

The people or voices in Butler’s songs are always trying to fly to show up some chump who’s walking, or to love fully to forget the approaching cataclysm, or to laugh forcefully enough to procrastinate damnation. But ultimately, there’s humanity in them. They’re tired, as in the sincere “Sing To Me.” They’re confessing sloth and flakiness. They’d stand up in a fight if it really came down to it.

In the biting “Son Of God,” Butler proclaims he’d be a believer if Christ would simply descend to him personally — a joke that affixes both piety and the narcissism it takes to wish for that kind of proof.

And it’s right here, during the night’s first ferocious drum fill, I see that drummer Arntzen’s necklace is a cross flailing from his chest as he strikes the standing toms. But, no, just another fly in the ointment. It’s the intersecting wings and fuselage of a novelty airplane. Enjoying the turbulence. 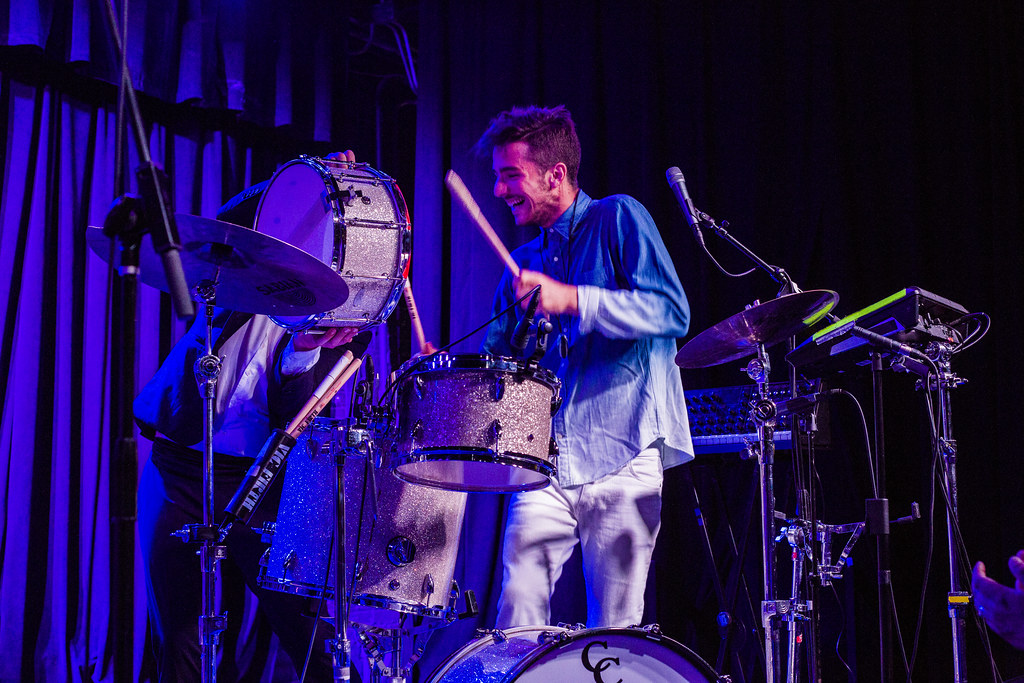 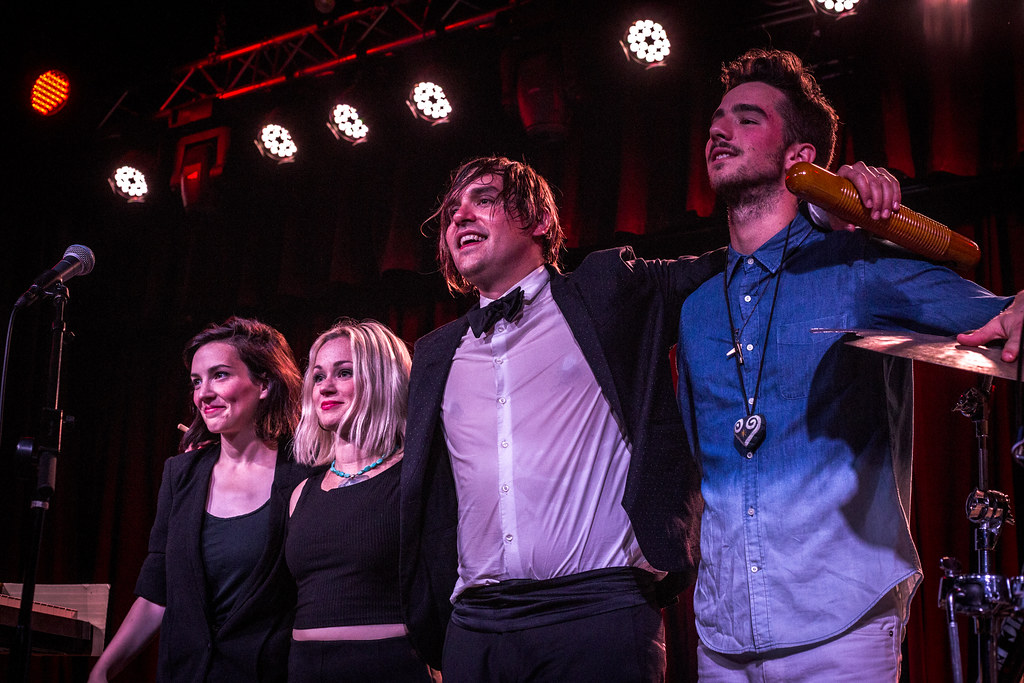