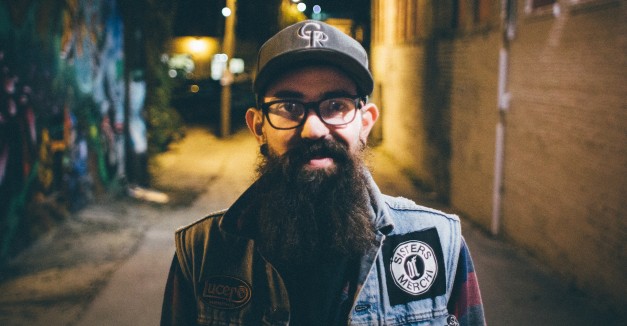 In “Vonnegut,” the closing track to Arliss Nancy’s 2013 release Wild American Runners, Call has sold most of his belongings and packed the rest to flee town. His love now with another, the move toes the line between desperate flight and tearful goodbye. Whether it’s to avoid repeatedly opening the sutures or to vacate a place that has nothing left to offer, the emotional toll is the same.

The Ft. Collins, Colo.,-based punk band is headed down to pre-eminent punk event The Fest this weekend, and stopped through to play The Sydney last Thursday. See Call, a North Platte native, perform a mournful, heartbroken rendition of “Vonnegut” below, filmed in the pale light of a Benson alley before Arliss Nancy’s set.