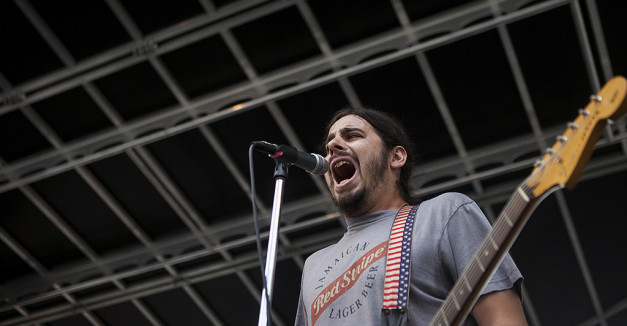 Remove the glitter, lights, colorful costumes (or costumes that require no clothes at all), and you saw five familiar faces clad in t-shirts and cut-offs.

On Friday, rather than playing in front of a sweaty, moshing, intoxicated crowd of 20-something-year-olds, Universe Contest stepped onto a sun-soaked stage surrounded by businesspeople on their lunch break and families picnicking on the blocked off N Street during Celebrate Lincoln.

This show was a wild card for both diehard fans and complete strangers. Visually, Universe Contest did a 180, stripping away the theatrical production, light show, dancers and beer cans and balloons being thrown in the air. They traded in their regular Duffy’s or Vega digs for the Celebrate Lincoln stage. Rather than performing at midnight, they began at noon. They said they were surprised to even be awake. 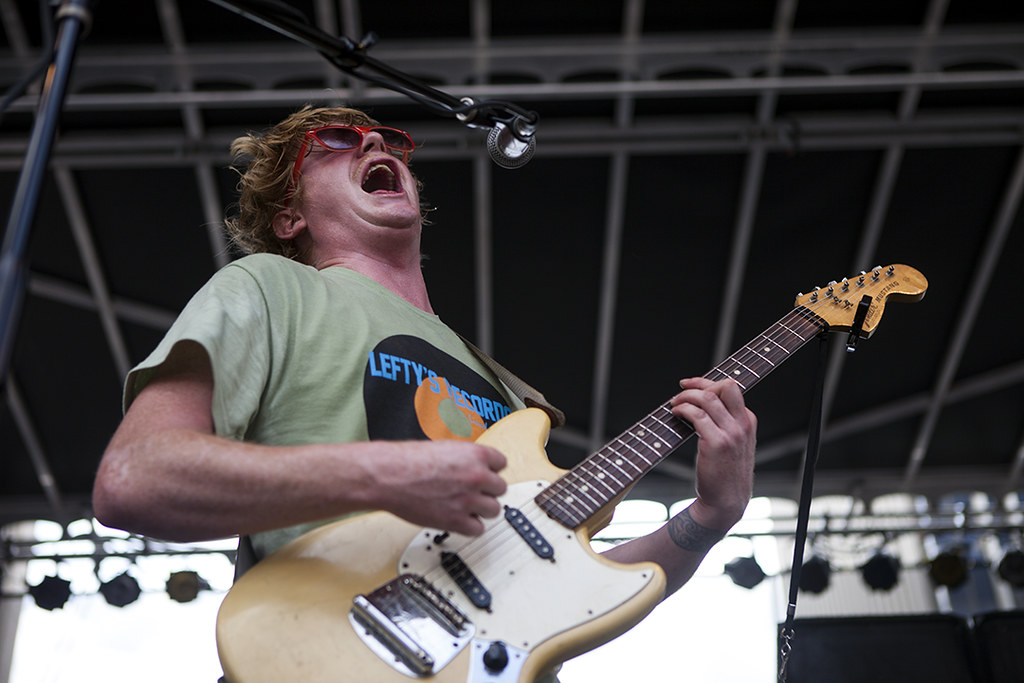 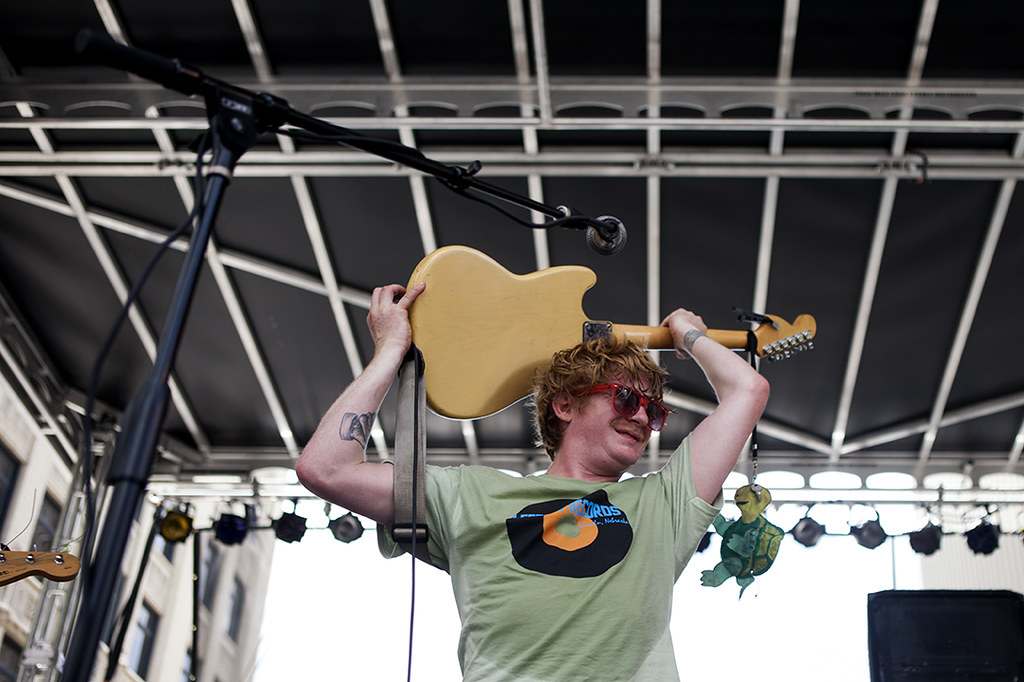 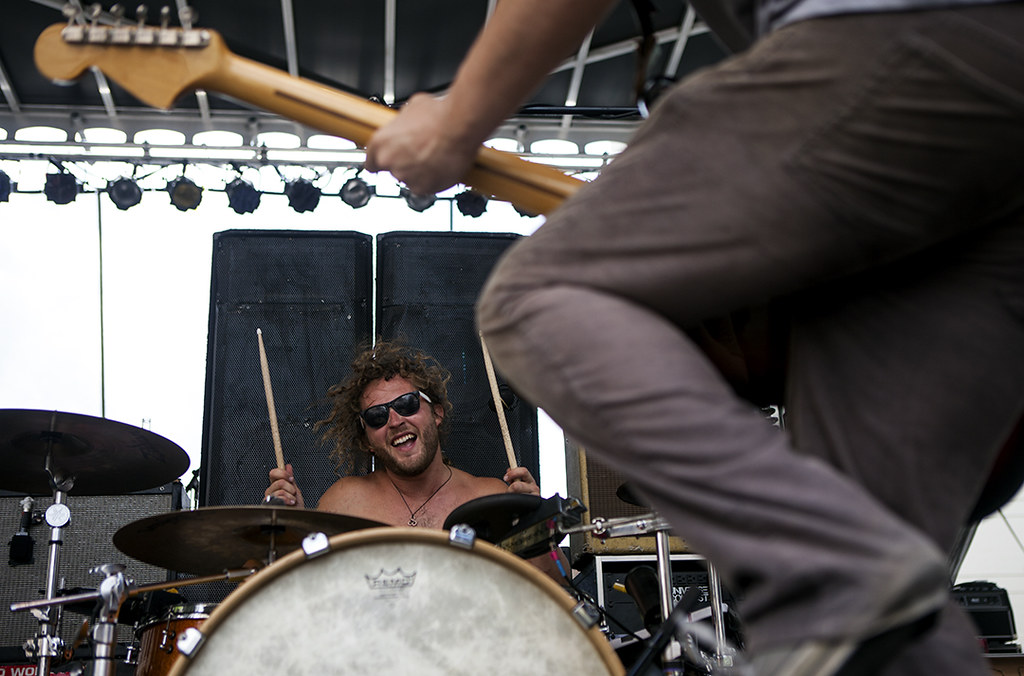 As the band began to soundcheck, people gathered. Despite the fact that they were playing to an unfamiliar audience, Universe Contest did not tone down their set musically. They played with intensity as the volume swelled, banging their heads to the ferocious beat. The crowd, although timidly standing several feet from the raised stage, seemed to embrace the music that pulsed through the air. Even a small gal dressed in all pink pulled her dad to the front, wanting to be as close to the music as she could get.

Catering this show to the audience present, Universe Contest did compromise on their chaotic onstage behavior. However, they still incorporated their wit and humor while interacting with one another, breaking into “God Bless the USA” mid-song before diving back into their set. Onlookers threw two beers on stage and band members removed sweat-drenched shirts — a token to their usual performance style. 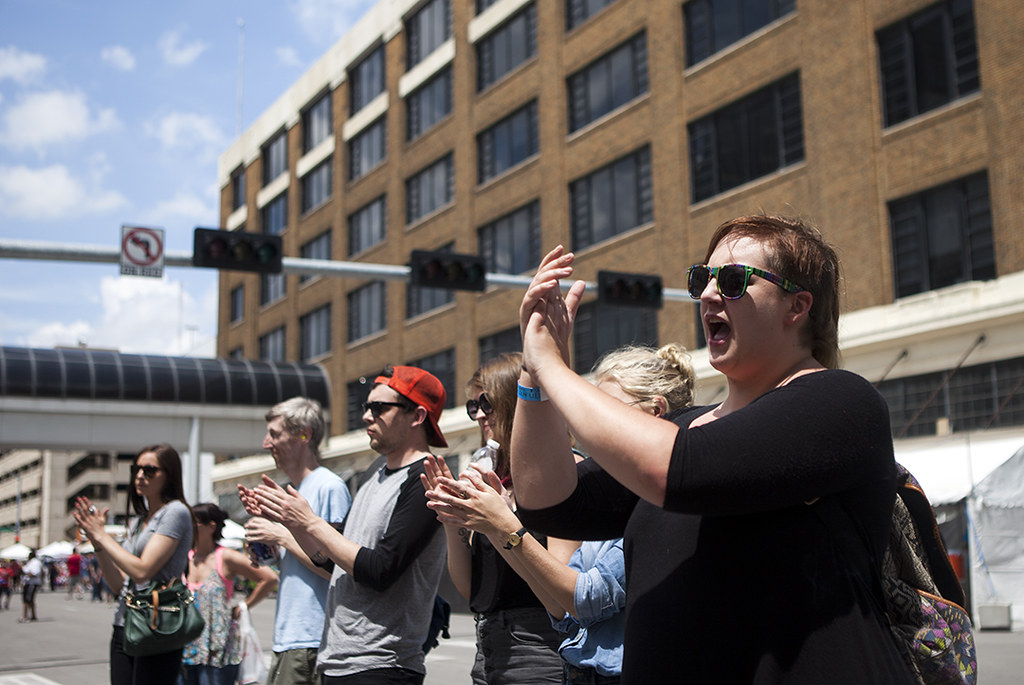 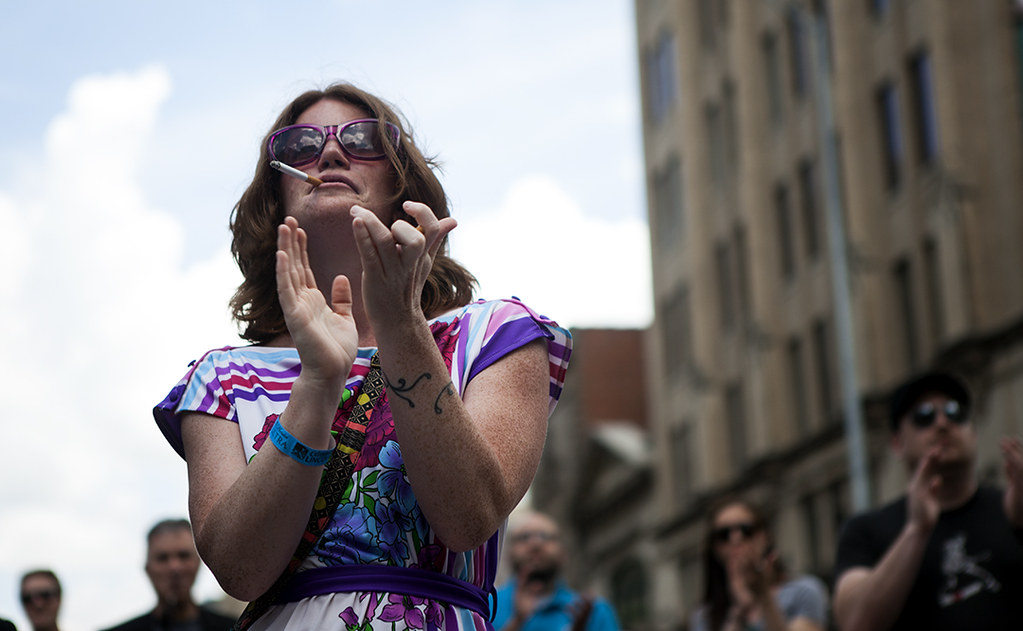 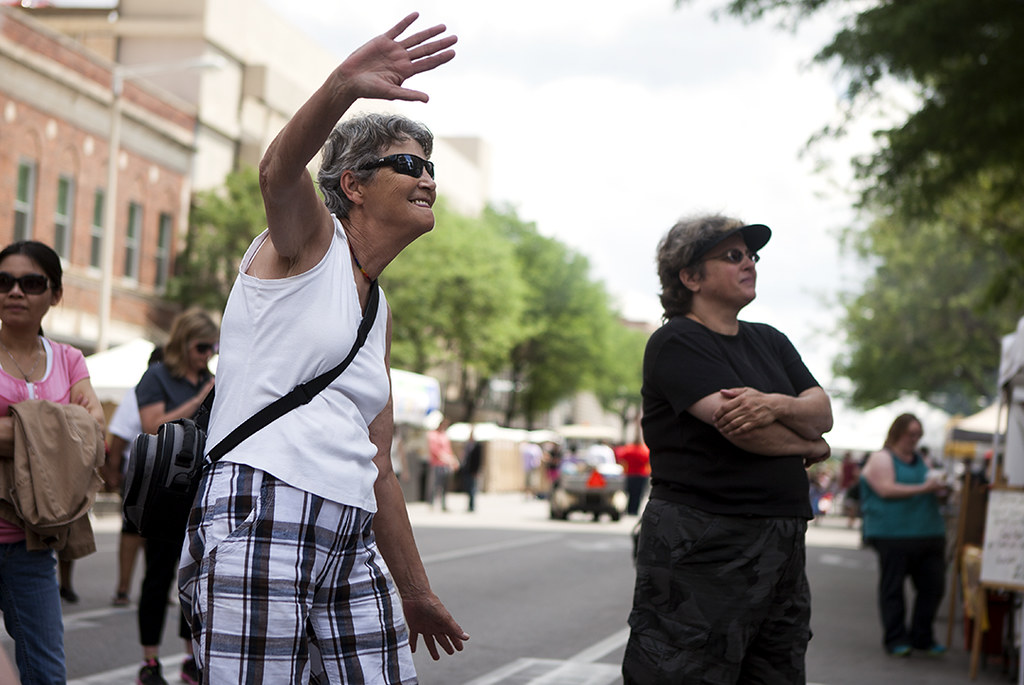 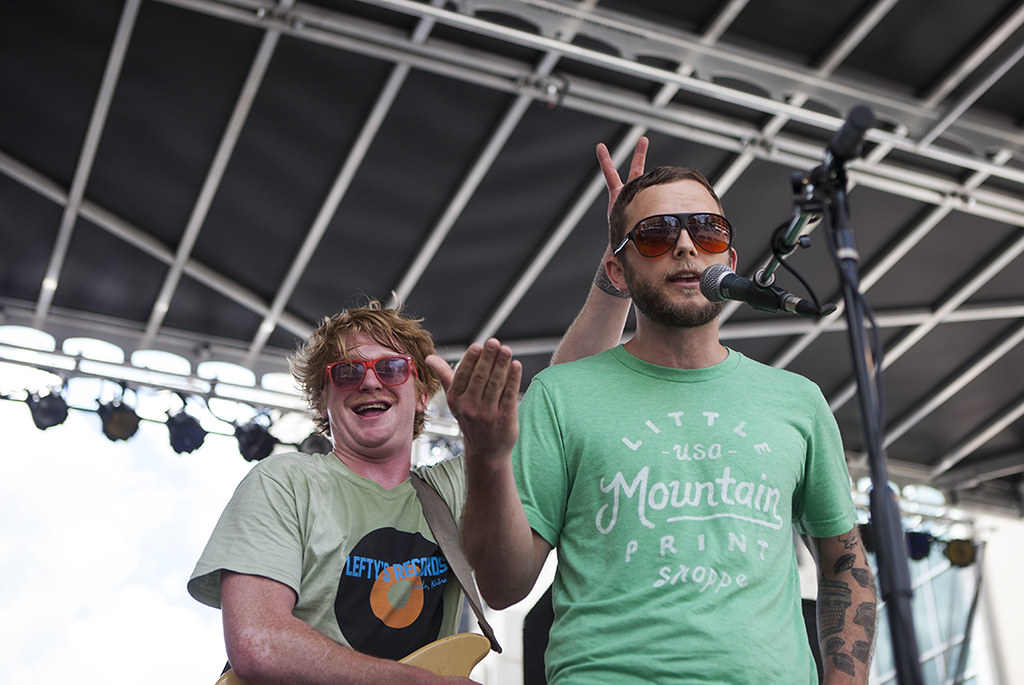 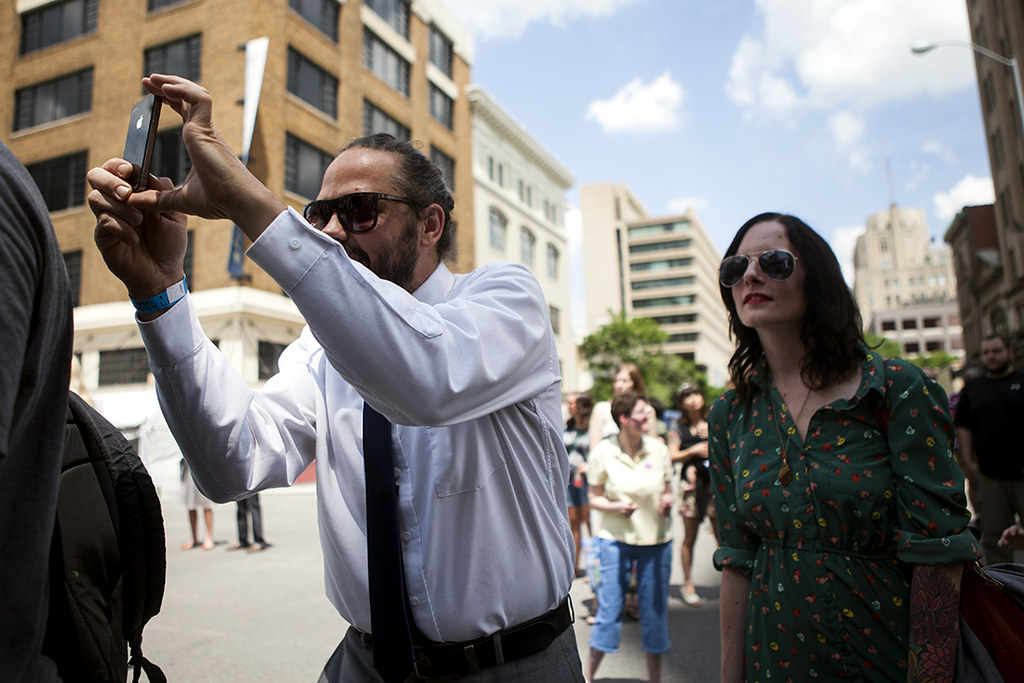 The band played in their rawest form, their instruments being their only props.This crowd experienced the music without the constant sensory stimulation present at a typical show, instead focusing their ears on the lyrics and eyes on each band member’s skill on the guitar, drums and keyboard. All this to say, the production Universe Contest usually puts on is not something they depend on, but rather it, along with their music, creates a broader experience.

Read more about Universe Contest and their new album We Are the Rattlesnake, released earlier this year, here. 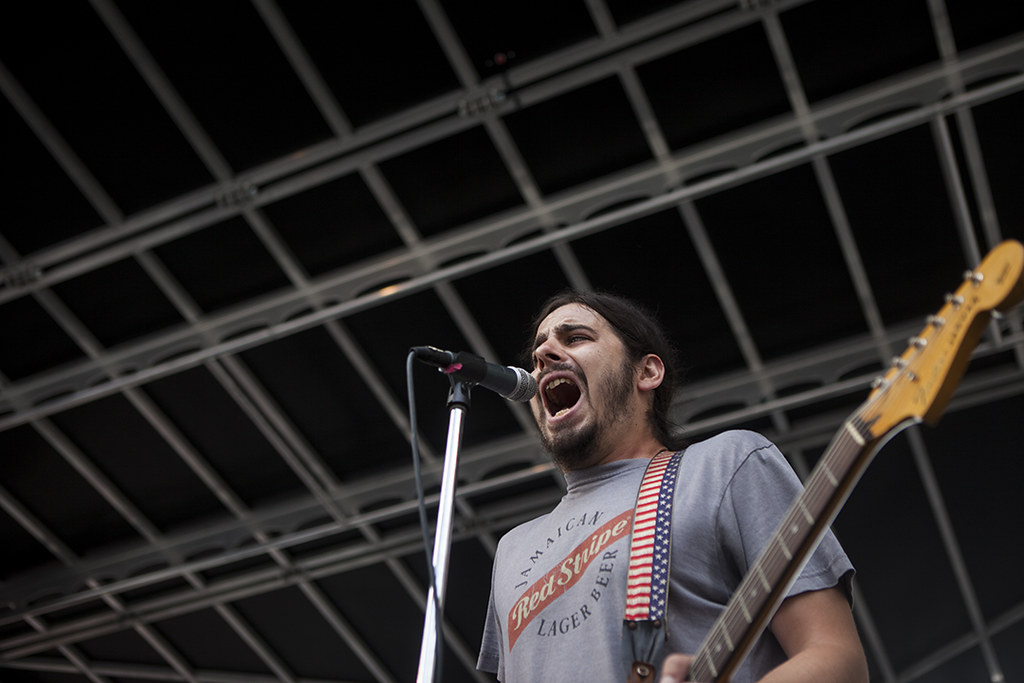 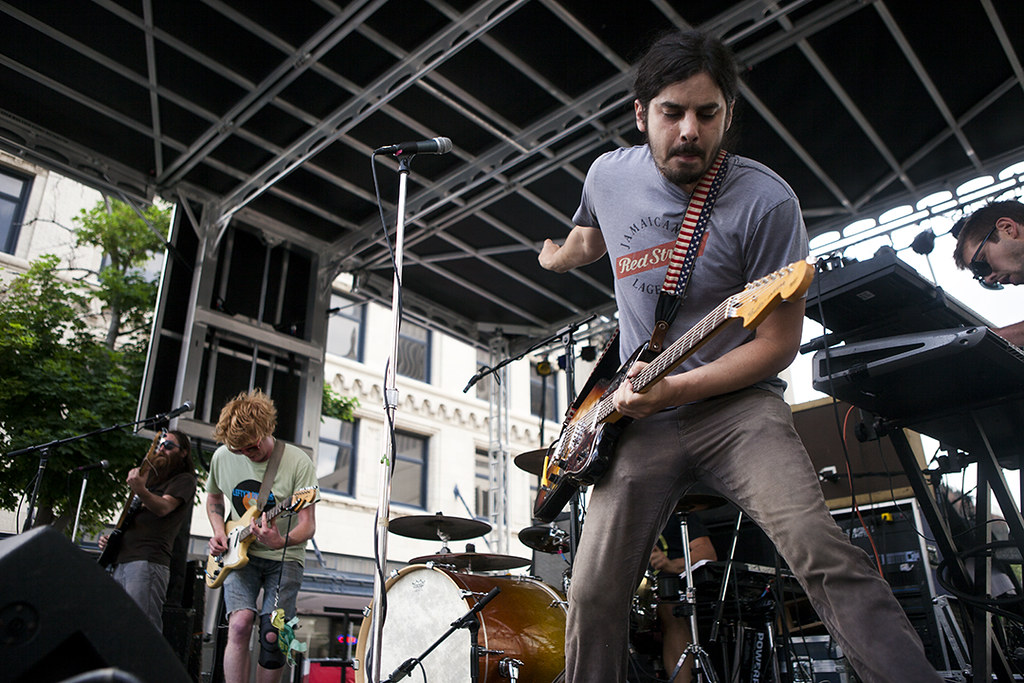